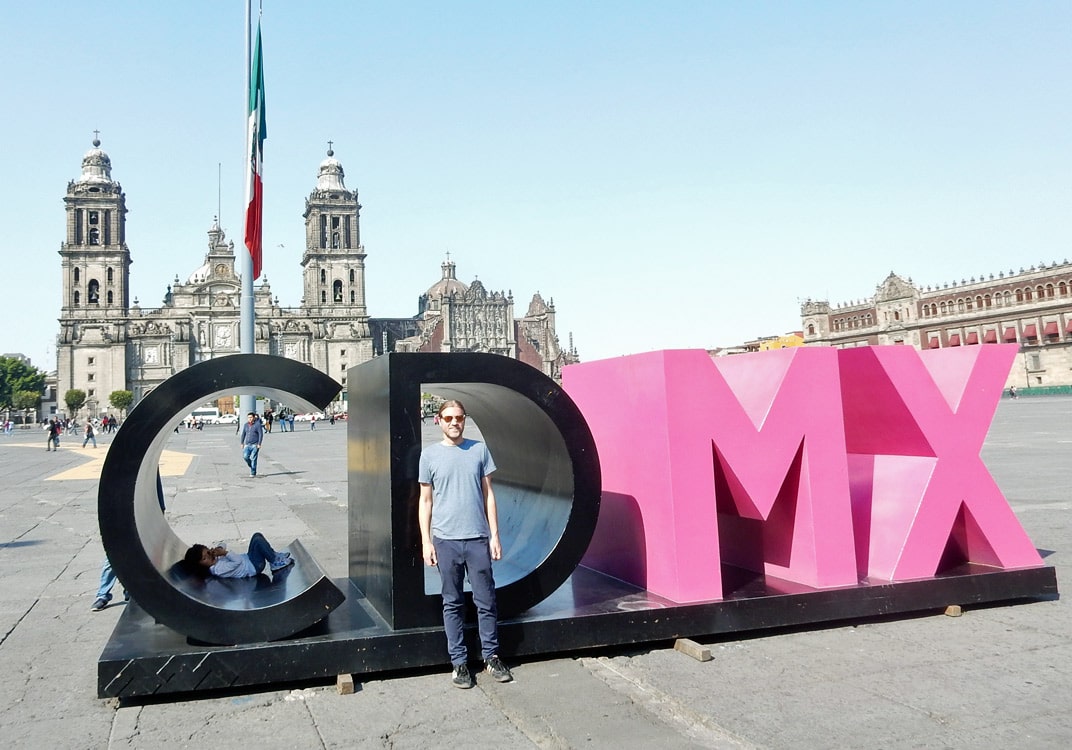 I began 2017 in Mexico City and ended it in Hawaii. In between, I spent 10 days in Iceland, camped on a remote island at Florida’s Dry Tortugas National Park, and drove cross-country through Canada and the U.S., hitting up six national parks along the way. What a stellar travel year!

The end of the year is the time to be self-indulgent and talk about the cool and amazing places I visited over the past 12 months. This year I’m making this post a little more practical by including some tips that you can use when you’re planning trips to any of these places. 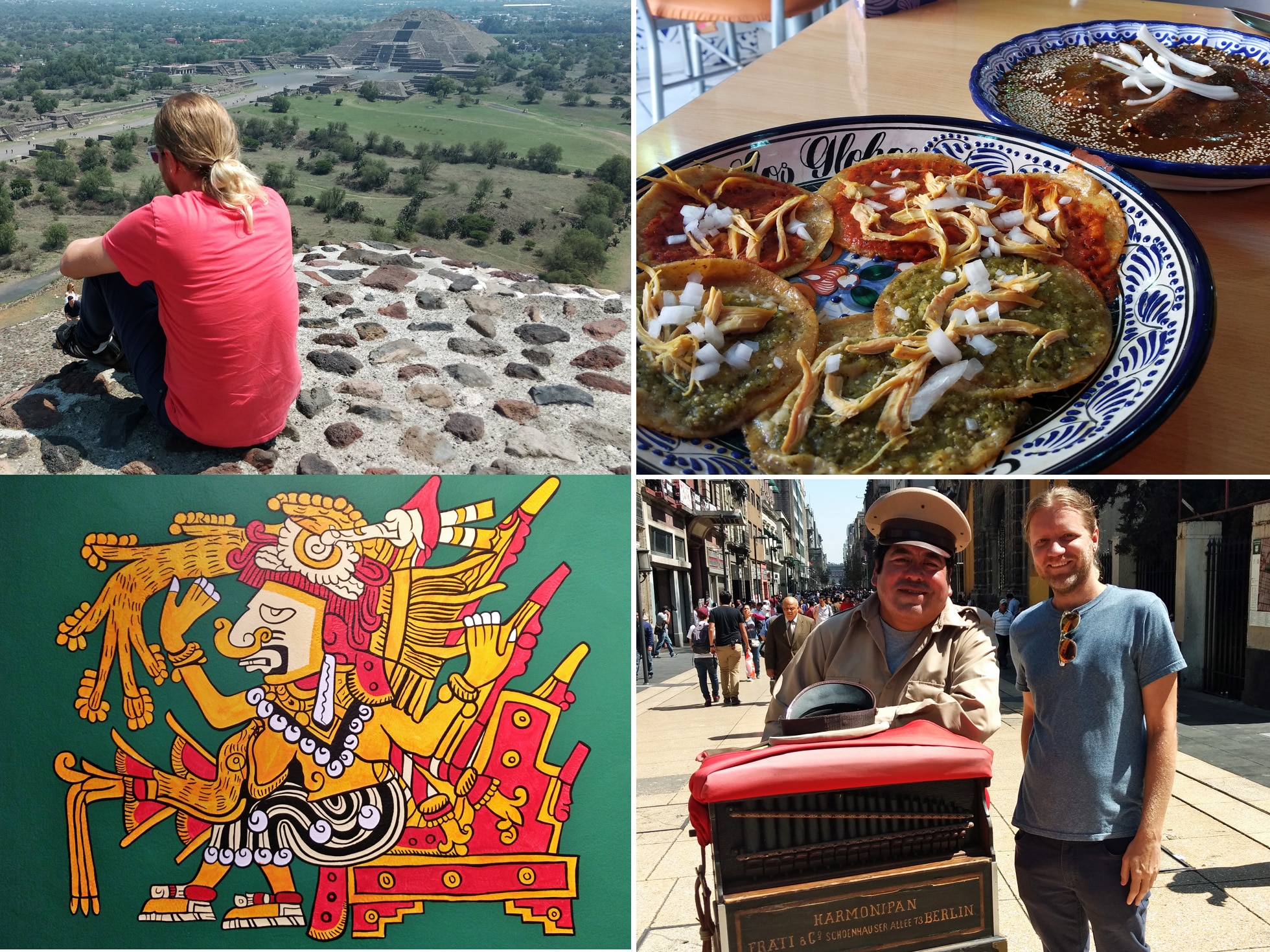 I spent nearly four months here in the winter and spring and had a blast. I got to know some cool people (locals and ex-pats), saw some historic sites and got to know several neighborhoods.

Most importantly, I settled in and made it my home. I found my go-to laundromats, grocery stores, and cheap street food places. I joined a weekly volleyball league, took the subway all over town, and felt as though I was a resident.

Mexico City tips: Things are back to normal after the devastating fall earthquake, so there’s no reason to delay your visit. For getting around, Uber is super-cheap and safe, and the subway is even cheaper (watch for pickpockets.) Mexico City has more museums than any city in the world, so check out a few. 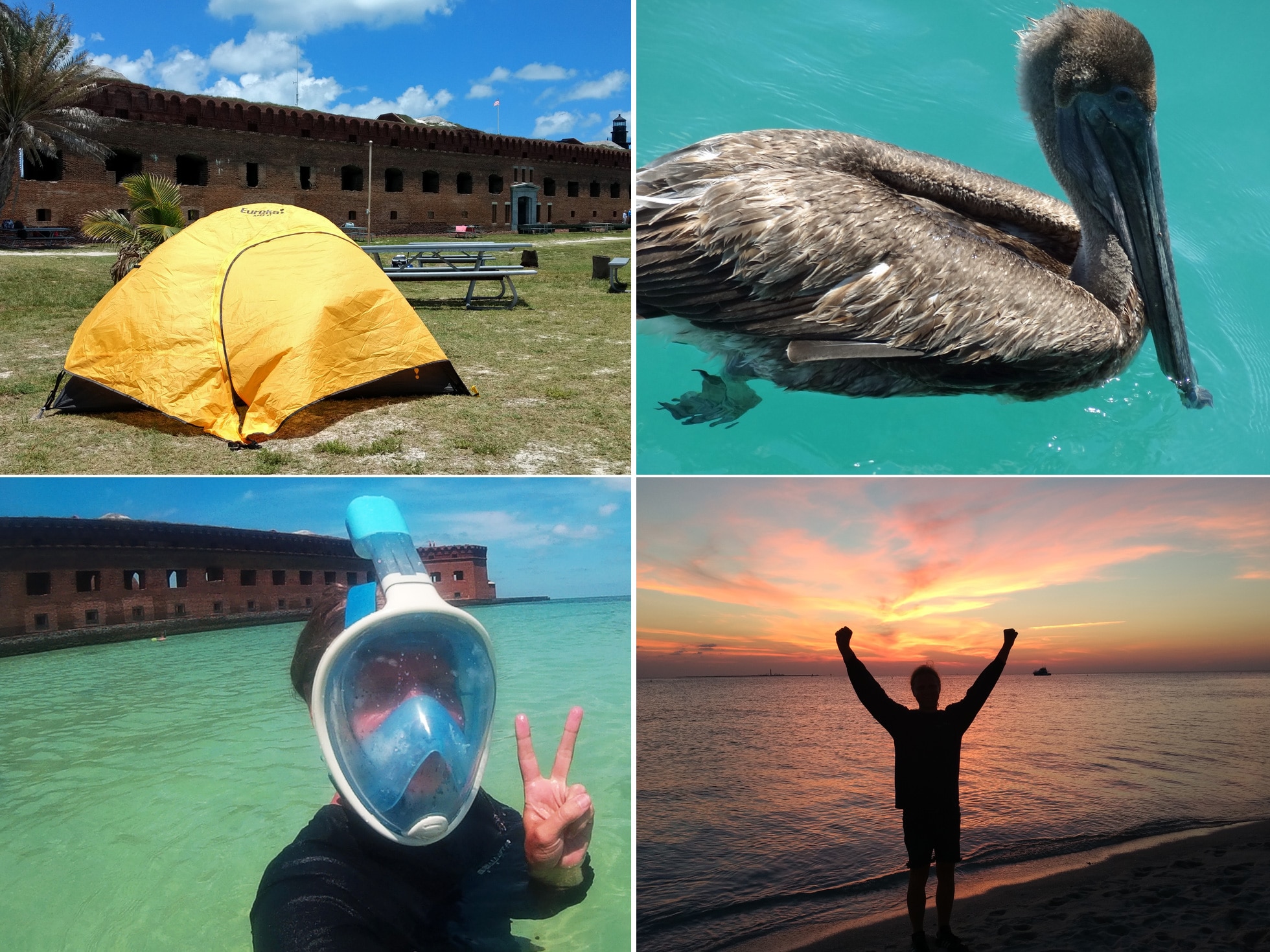 Getting to the remote islands of Dry Tortugas (70 miles west of Key West, Florida) was a long-time travel goal that I finally achieved in May. I got to stay at one of the 10 precious campsites on the main island, spending three days in a tropical setting.

Discovering the history of the Civil War-era Fort Jefferson was fascinating. Initially built as a Union fort, this place later became an infamous prison with famous inmates like Dr. Samuel Mudd, who was convicted of plotting to kill President Lincoln.

Dry Tortugas tips: Book well in advance (a few months, if possible) if you want to go camping since ferry spots are limited. Be sure to go snorkeling, even if you’ve never done it before, to see lots of tropical fish and maybe an octopus or small shark.

Can’t-miss attractions: Fort Jefferson, the snorkeling hotspots (near the beaches and piers) 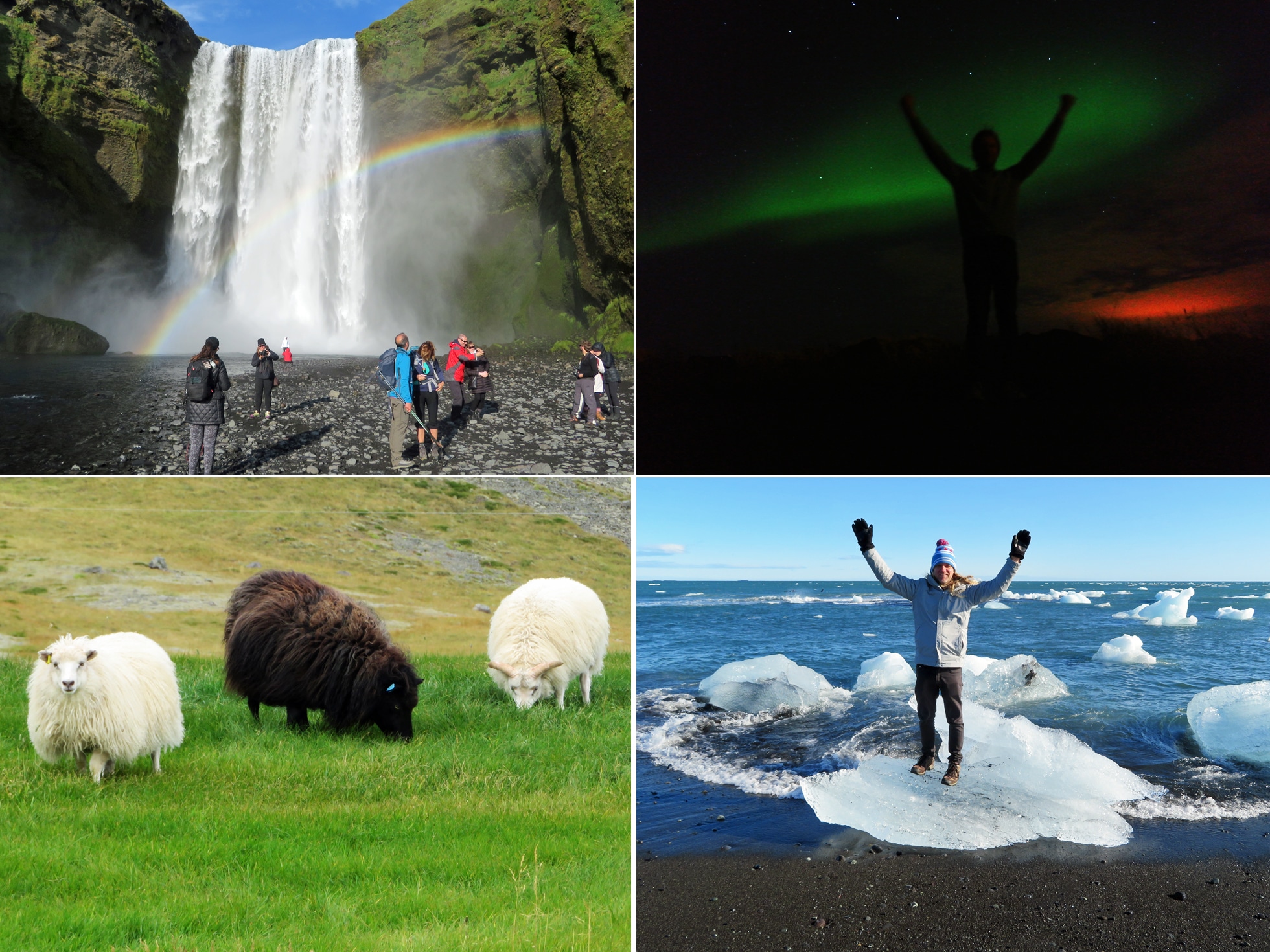 There’s a reason everyone who visits Iceland can’t stop talking about it. The natural beauty is unparalleled, from the hundreds of waterfalls to the black sand beaches to the volcano craters. The kooky culture is also fun. The country has lots of troll legends and quirky museums. And of course, you might have the chance to see the Northern Lights!

Iceland tips: Bring a credit card with no foreign transaction fees, and use it everywhere. You don’t need Icelandic money anywhere in the country. Come during shoulder season (spring or fall) to save lots of money.

Further reading:
The 30 Most Amazing Things I Saw in Iceland
Seven Myths About Traveling in Iceland
Icelandic Museum of Sorcery & Witchcraft
Photo Essay: The Quirky Side of Iceland 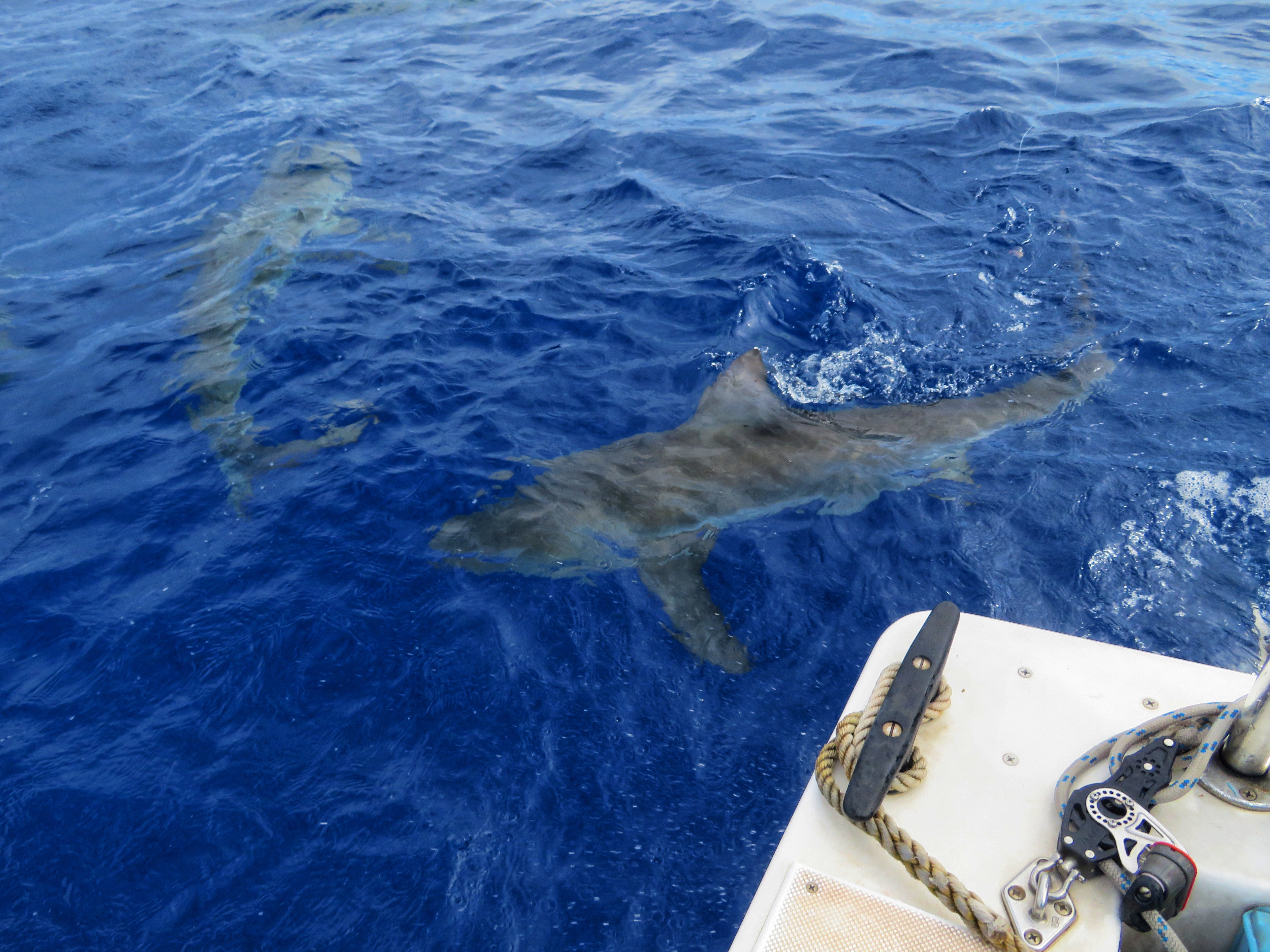 One year after visiting the Big Island, I made it back to Hawaii to see the island of Oahu. I can’t list all the highlights of the trip yet, because it’s still not over! I am writing this from my room in Honolulu. So far, I’ve hiked to the top of Koko Crater and taken part in a shark diving excursion, where I watched several sharks swim around me from inside a steel cage in the ocean. Amazing!

Oahu tips: Traffic and parking can be brutal in the Honolulu and Waikiki areas, so plan accordingly. The island-wide bus system is quite good. You can drive from one side of the island to the other in just over an hour, so leave the pretty beaches once in a while and explore the entire island. 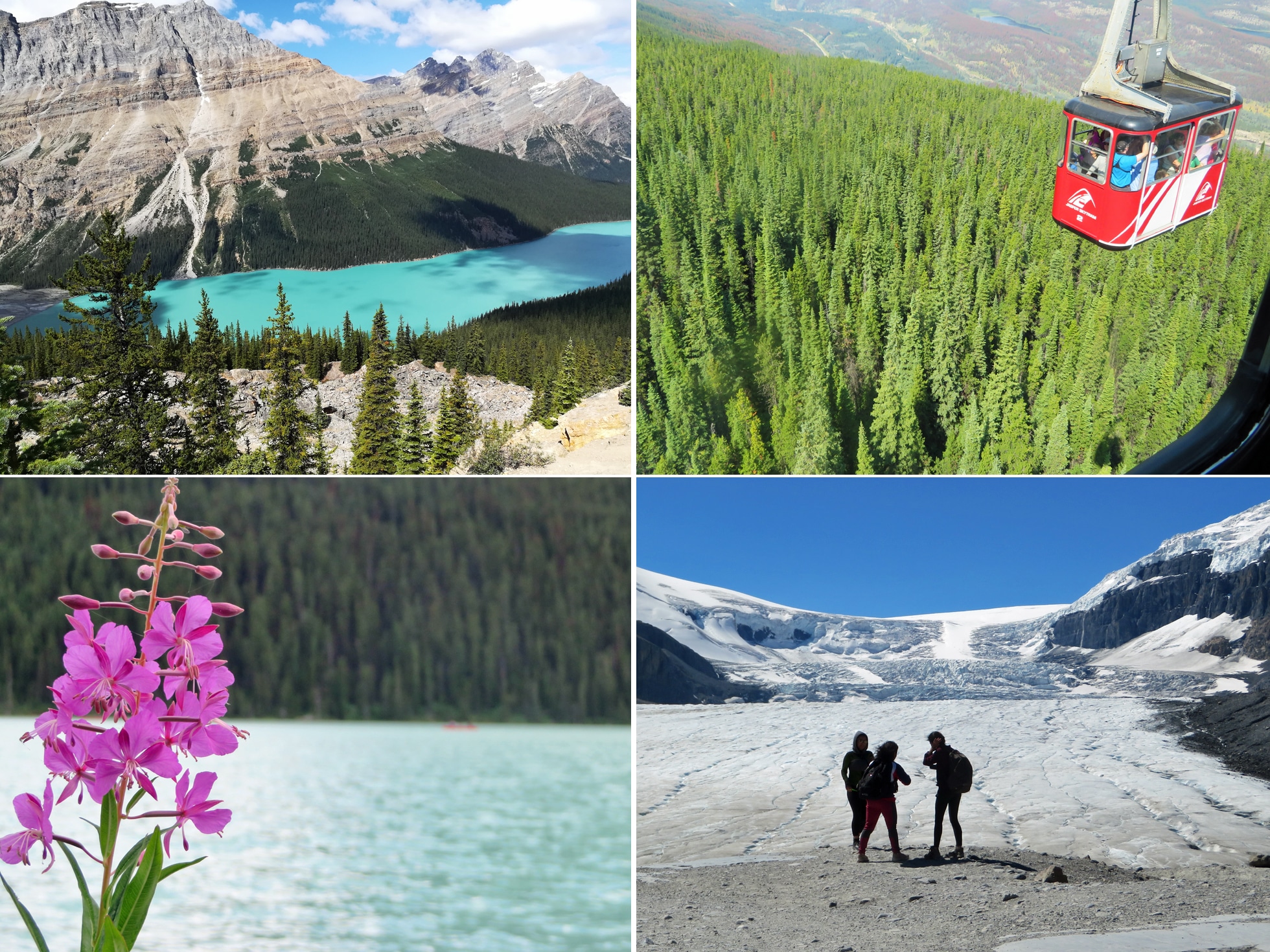 Alberta’s Banff and Jasper might be the best place in North America to see glaciers up close. Not to mention bears, moose, and scenic mountain landscapes. And Peyto Lake, thanks to its glacial silt, remains a bright blue color that seems too vivid to be possible.

READ NEXT
Albino Alligators, Upside Down Jellyfish, and Sharks at the California Academy of Sciences

Banff and Jasper tips: Unlike U.S. national parks, these Canadian parks have cities (and lodging options) within them. Most lodging in the area is expensive, but each city does have hostels if you need a budget bed for the night. Book as far in advance as possible! 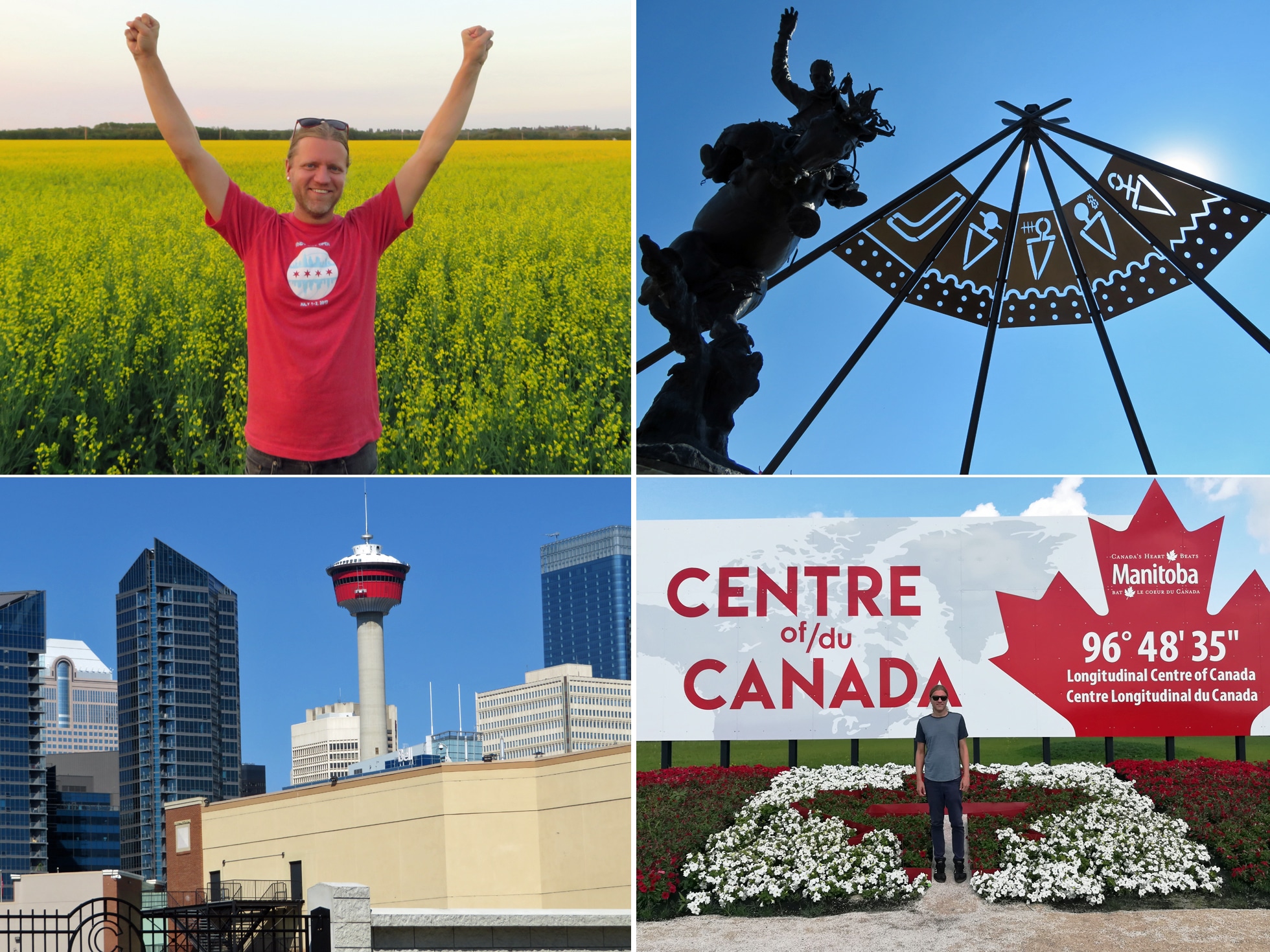 On my move from Chicago to Seattle, I decided to head up north and travel through Manitoba, Saskatchewan, and Alberta. It was fun seeing both the big cities and the rural areas of these “prairie provinces.” Winnipeg, Saskatoon, Edmonton, and Calgary all had plenty of cultural and foodie offerings. Edmonton’s K-Days festival and Taste of Edmonton event were both really cool.

Canadian Prairie tips: Be prepared for long driving hours if you’re traveling between the big cities in these provinces. If hearing your GPS say “Continue straight for 387 miles” bothers you, a road trip through the prairies may not be for you! 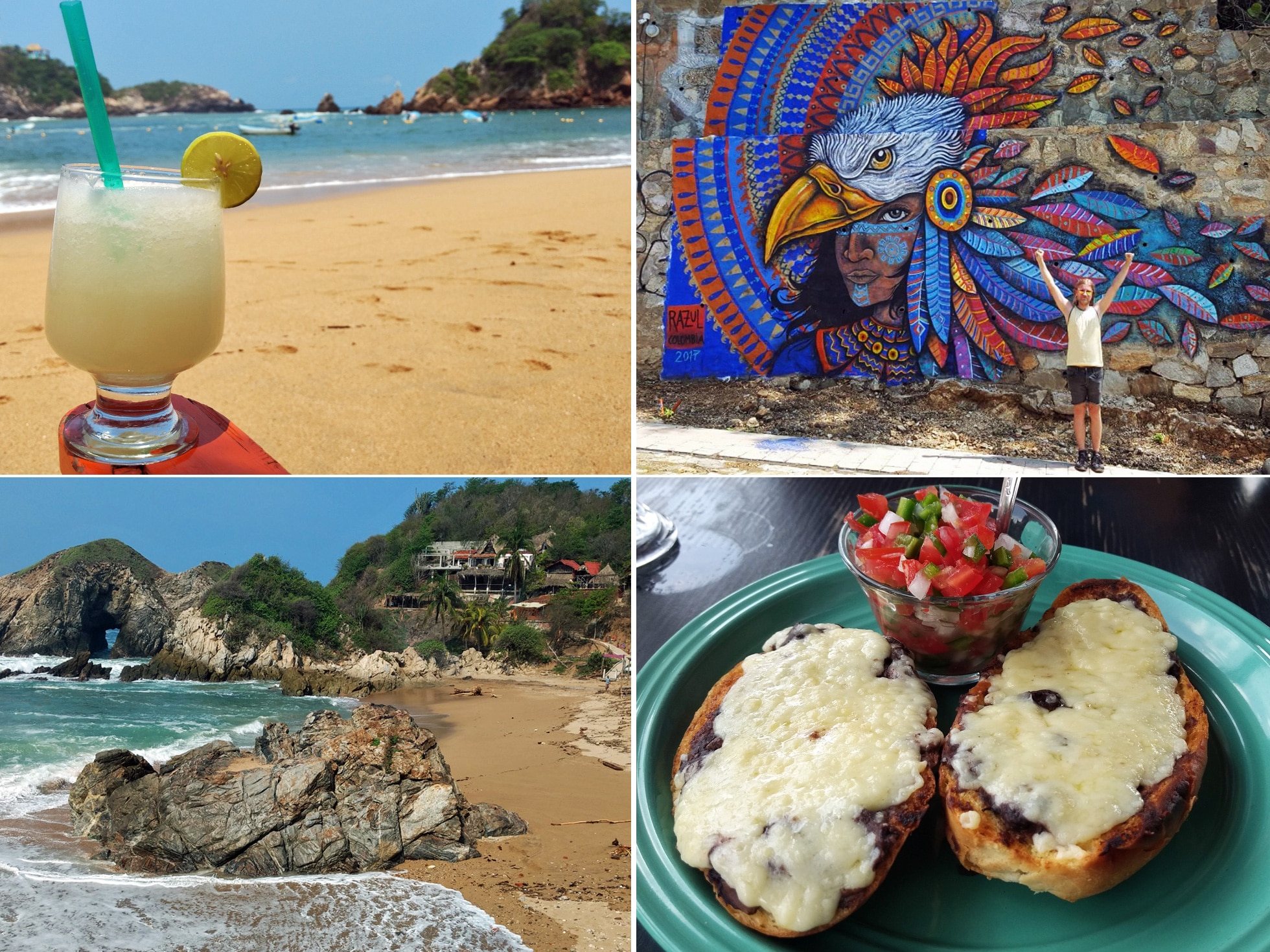 The southern Mexican coast in the state of Oaxaca has some of the country’s least-crowded and least-touristy beaches. This is a great spot to unwind and chill out without spring break college kids running around. It’s a bit of a hassle to get here, but once you’re here, lodging is cheap, food is cheap, people are friendly, and the beach scenery is fantastic.

Mazunte and Zipolite tips: The waves here can be very strong, and multiple tourists have died. It is not advised to swim here at all. Take a taxi or colectivo over to Puerto Angel if you want to swim.

Can’t-miss attractions: Walk along the beaches and the main streets of both towns to see the local restaurants and businesses. 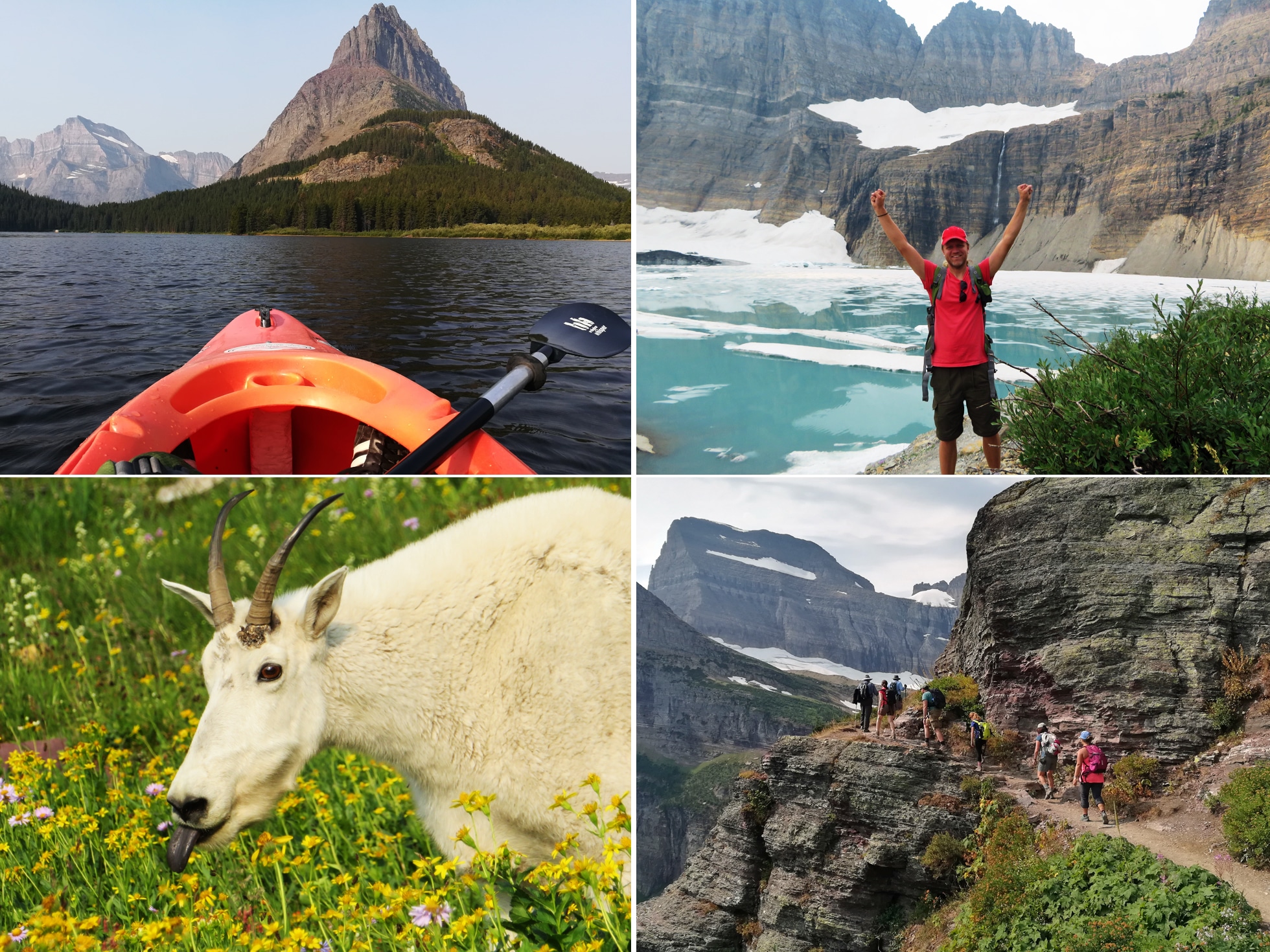 Two years ago, I visited Montana’s Glacier National Park for the first time and was blown away. This summer I finally had the opportunity to return. I was able to see mountain goats in the wild for the first time and take part in a couple of challenging but rewarding 10-mile hikes (Highline Trail, Grinnell Glacier.)

READ NEXT
A Summer Road Trip Through Canadian Prairies and National Parks!

Glacier National Park tips: Glacier has a major problem with overcrowding. If you plan to visit Logan Pass (and you should), get there crazy early. Before 8 am if possible. If you arrive at 9 am, the parking lot may already be full for the day. 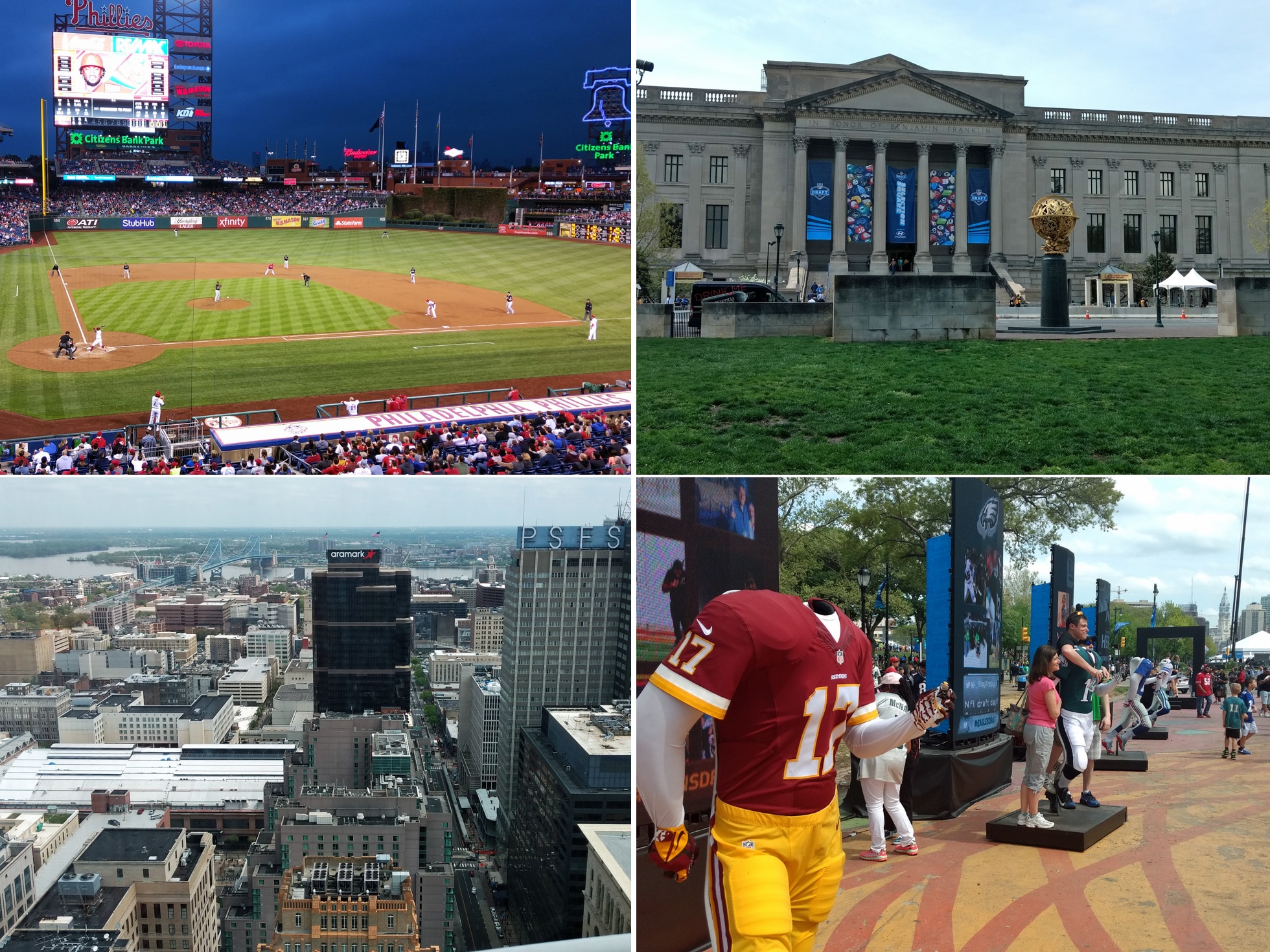 On assignment to cover the NFL Draft for a magazine, I spent a weekend in Philly this spring. Having seen most of the famous historic sites in previous visits, my highlights this time were seeing a sporting event from the comfort of a private box for the first time ever (a Phillies game), and taking the elevator to the top of City Hall, where you can stand right underneath the 37-foot William Penn statue.

Philadelphia tips: When visiting any historic site in Philadelphia, try to go on weekday mornings if possible, since crowds and wait times will be shorter (unless there’s a school field trip.) 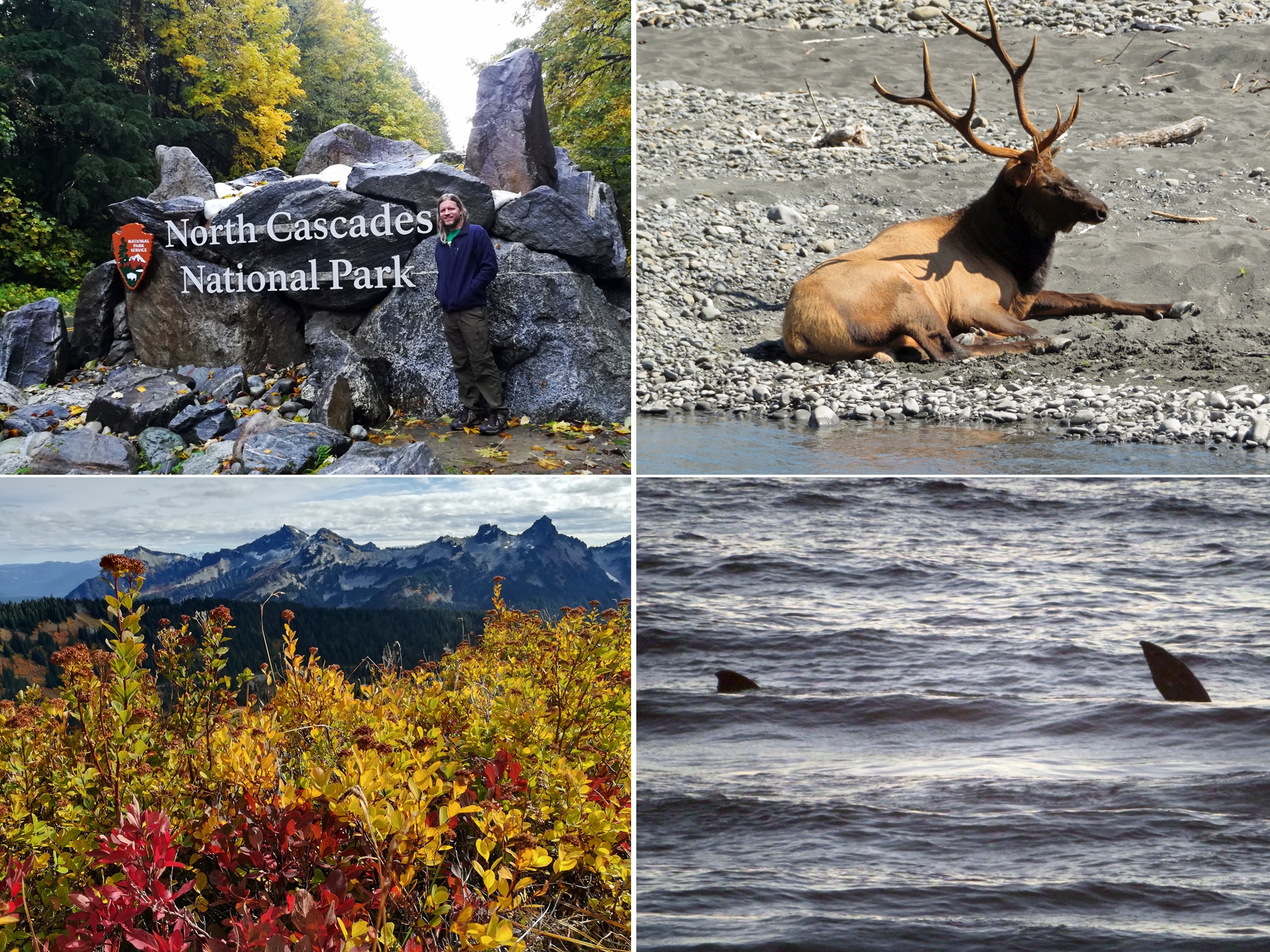 After moving to Seattle, I succeeded in checking out all three of Washington’s national parks over the next two months: Rainier, North Cascades, and Olympic. I saw glaciers, massive peaks, waterfalls, whales, elk, and more outdoorsy fun stuff.

Washington parks tips: In Olympic, stop by the ocean in the Kalaloch area. Take binoculars and look for gray whales. They usually appear in fall and spring, but you can see a few strays any time of year, as I did in September. You might only see their fins popping up every now and then. 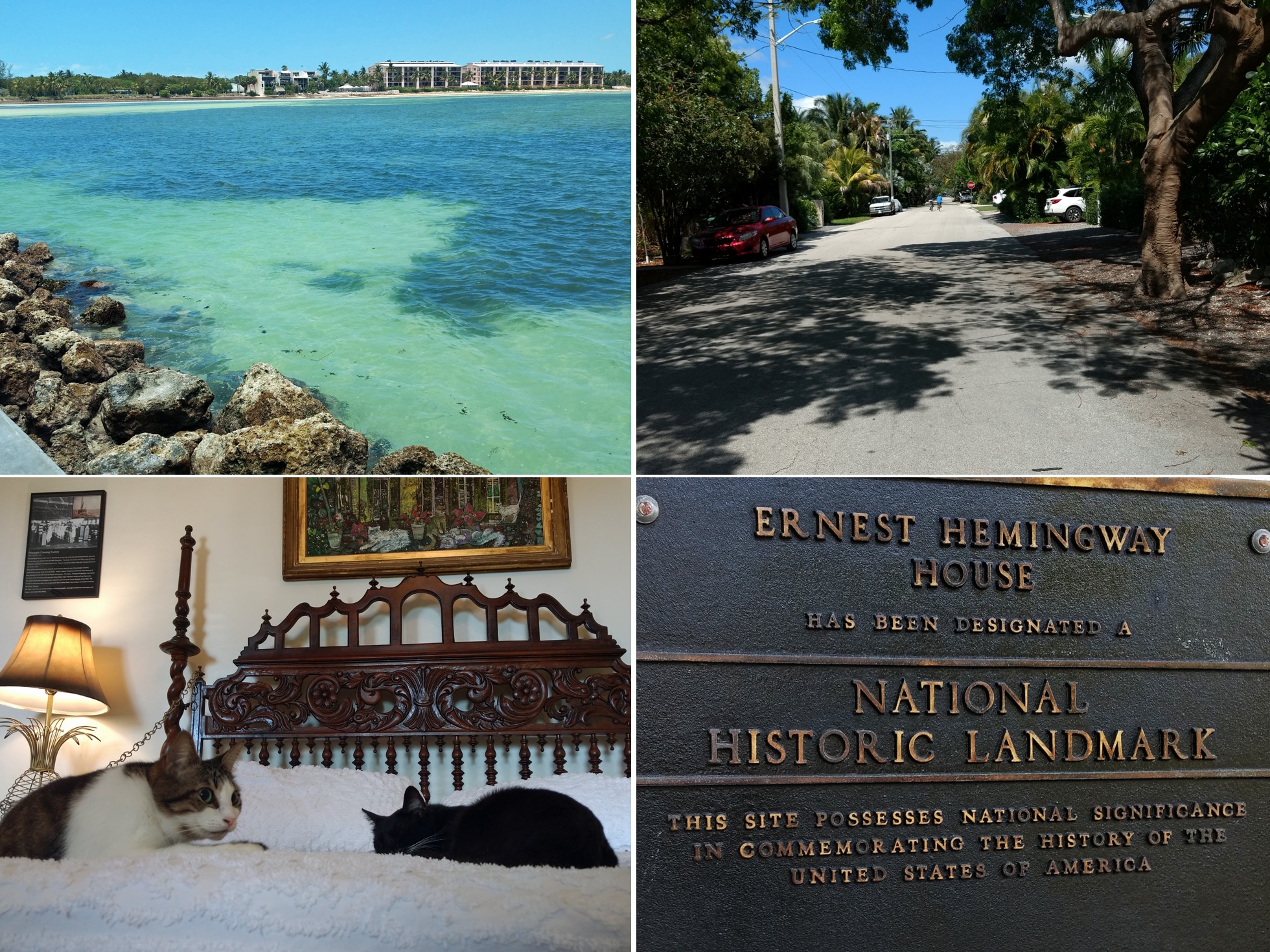 On the way to Dry Tortugas, it was necessary to take a pit stop in Key West before boarding the early-morning ferry. I passed the time by renting a bike, riding around the city, and visiting the famous cats of the Ernest Hemingway Home.

READ NEXT
Sights from Puerto Plata in the Dominican

Key West tips: Lodging here is super-expensive, even on Airbnb and in hostels. The cheapest hostel I found there was still $50/night, so be sure to plan your budget in advance if you’re coming here. 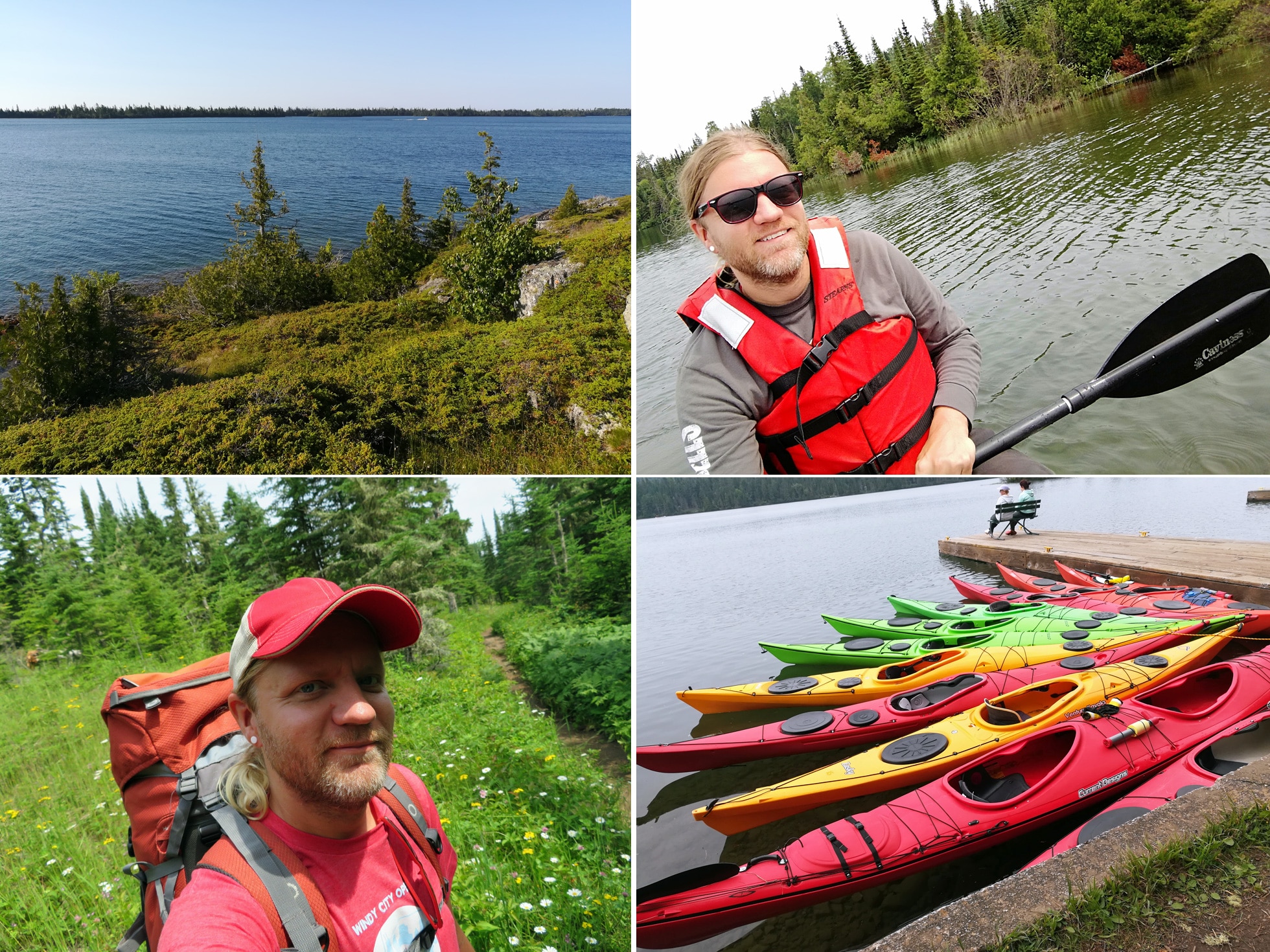 The 9- by 45-mile island in the middle of Michigan’s Lake Superior is one of the most unique U.S. parks. Only reachable by boat, the island has the longest average visit time of any American national park. Most visitors stay for at least a few days to enjoy the camping, canoeing, and solitude. I stayed for three days and got to see a mother and baby moose up close when they scurried through my campsite.

Isle Royale tips: Most campgrounds on the island have maximum stays of 1 or 2 nights, so get a map in advance and plan out your route. Campsites are reserved at the visitor center first-come, first-serve, so run to the visitor center after disembarking the ferry so you can have your desired itinerary approved.

Can’t-miss attractions: Rent a kayak or canoe on Lake Superior 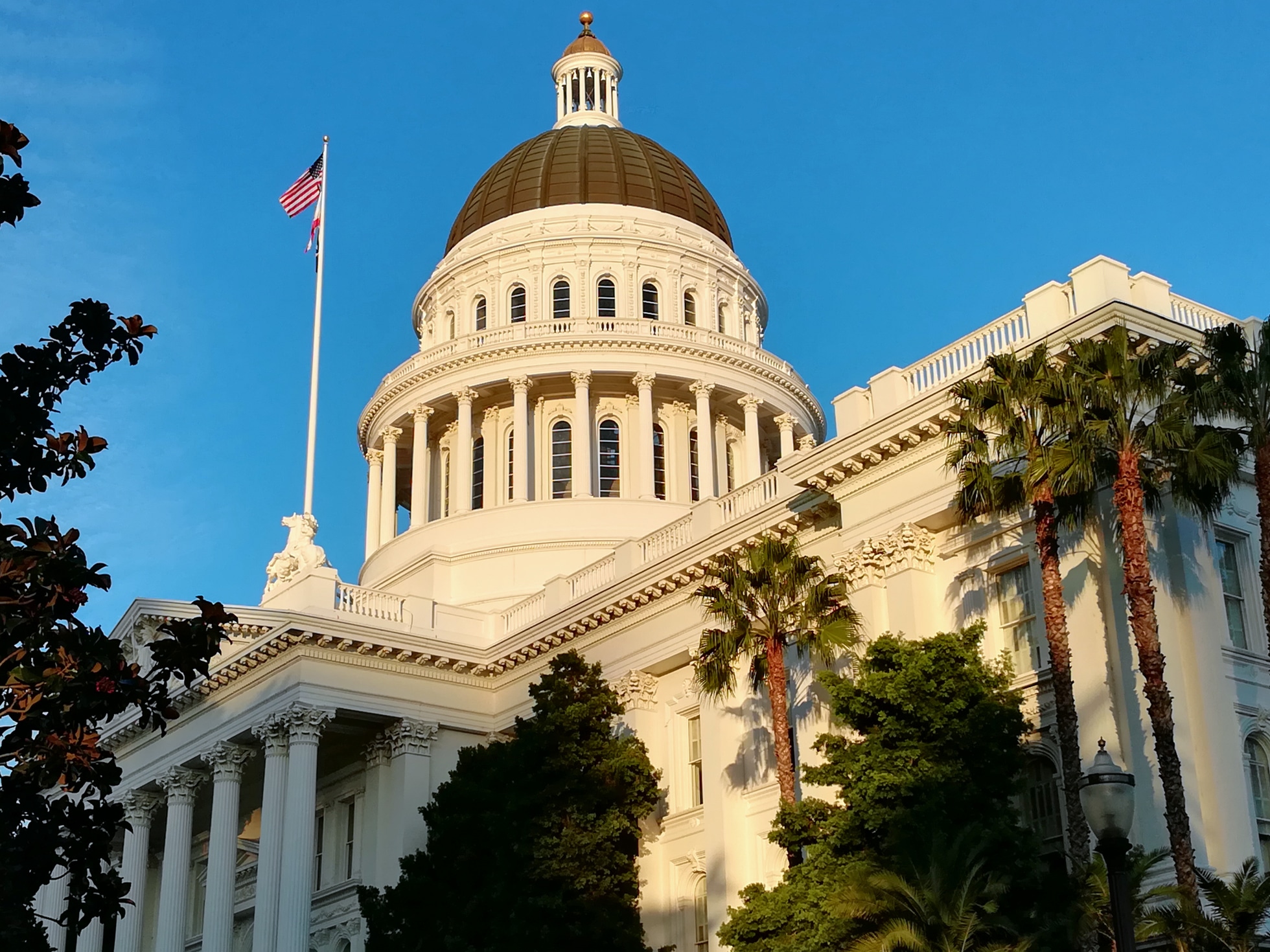 I spent time in Pittsburgh and Chicago to see family and friends, while volleyball tournaments took me to Indianapolis, Portland, and Sacramento. Of those cities, only Sacramento was new to me. I spent my little bit of free time walking around the Capitol building and exploring the lively Midtown neighborhoods.