This quote from the former chief of the Tr’ondek Hwech’in First Nation jumped out at me when I read it at the Danoja Zho Cultural Centre in Dawson City. The message essentially boils down to, “Respect the planet and all of its life forms,” yet so many individuals, corporations and governments fail to follow this seemingly obvious advice. 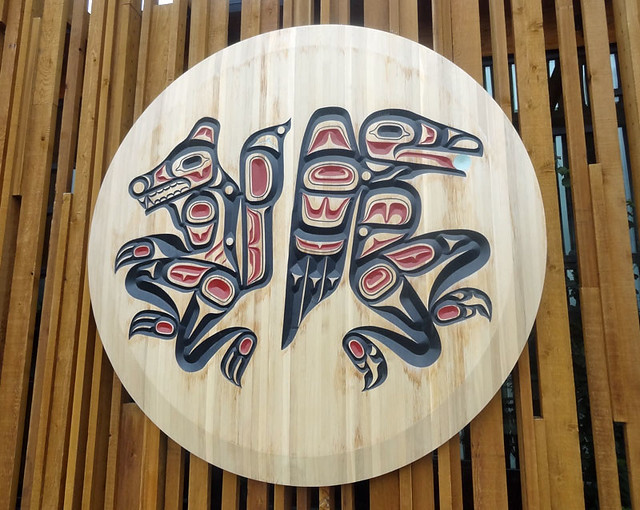 There’s much we can learn from the First Nations, Canada’s equivalent of Native Americans. Spending time in the Yukon, where about 25% of the territory’s 30,000 or so residents have aboriginal ancestry, was a great opportunity to learn about their history, their cultural traditions, and how they continue to adapt and live their lives today.

These are some of the life lessons we can all take away from the wisdom of the Yukon First Nations.

As illustrated in the words of Percy Henry, First Nations people always respected the earth because they needed it to survive. They relied on animals for food and clothing, trees for fire and canoes, the river for water and transportation.

Just because we can now buy food and clothing at Walmart and get clean water from our sinks does not mean we should stop caring about the environment.

When they went hunting, they would take different routes so as not to depopulate the animals in one area. If other cultures had been that wise, we wouldn’t have so many endangered and extinct species today. 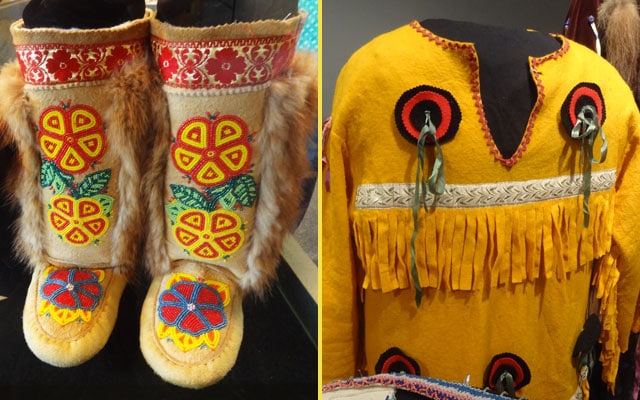 Honor your past and preserve your traditions.

As people move forward in a more modern society, it is important not to forget where you came from. That can involve learning the traditional language or taking part in performances and ceremonies.

From the performances at the Dawson City Music Festival by the Tr’ondek Hwech’in Singers and fiddler Bill Stevens to the traditional clothing and artwork on display at the Da Ku Cultural Centre in Haines Junction, I witnessed the cultures of First Nations in numerous places throughout the Yukon. 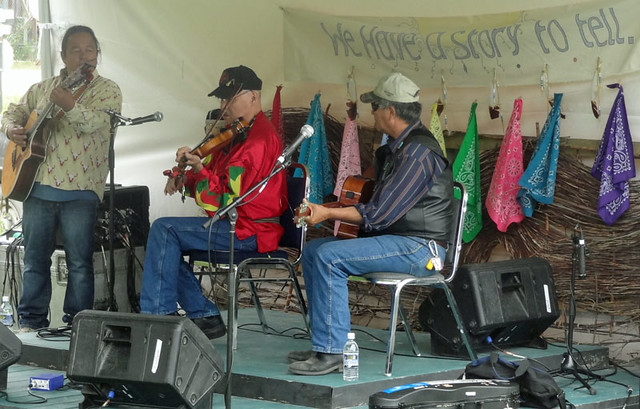 Change with the times when appropriate.

Honoring your traditions does not mean remaining hopelessly stuck in the past. Changing with the times is a perfectly normal part of life. Take a look at this beadwork, an activity that has been associated with First Nation people for at least a few hundred years. Can you identify this item? 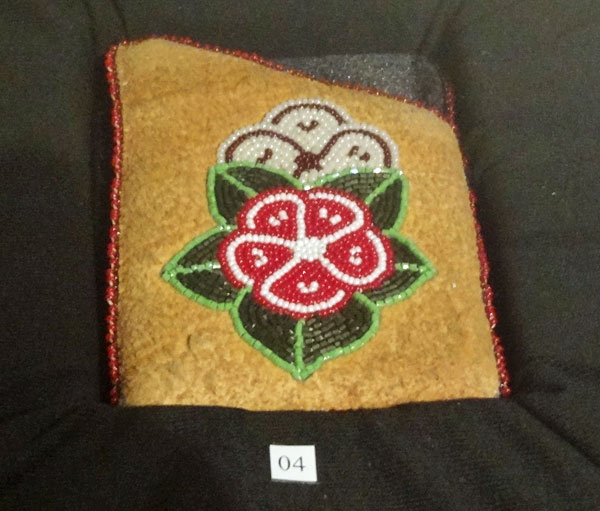 It’s a cell phone case. Not exactly something the elders would have made back in their day, but in 2020 it makes sense to create something like this.

Adapting is simply a way of life, says John Fingland, a cultural interpreter at the Da Ku Cultural Centre. He points out that his people now hunt with ATVs and rifles instead of traditional methods like snares and spears. And he offered another amusing admission: In the old days, to soften the moose hides on shoes, people used moose brains. Now, they use Downy.

Be disciplined and committed in your work.

In the summer of 2009, 19 young people came together to build a 30-foot dugout canoe from a 13,000-pound cedar log, using the same techniques their ancestors once used.

It was a long, arduous process, as captured in the documentary film ‘Dugout,’ but ultimately the men and women succeeded in their mission. In addition to honoring their traditions, the process of carving out the canoe was all about teamwork, discipline and commitment. 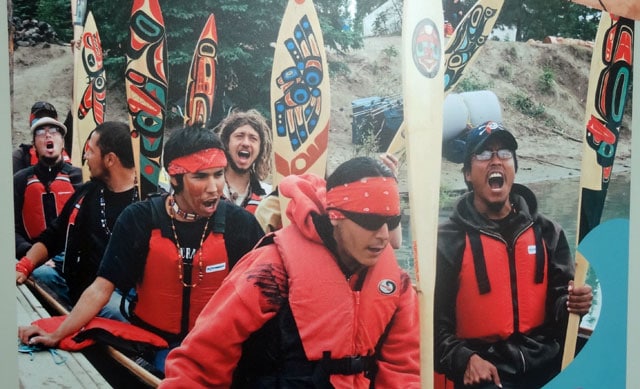 This is another piece of advice that should be common sense, but it’s often forgotten in our world. The Danoja Zho Cultural Centre had a special row of “elders-only” seating during its Dawson City Music Festival performances, which was a nice way to reinforce that notion.

This artwork at the Kwanlin Dun Cultural Centre in Whitehorse is called “Yukon Sisters in Spirit.” The carvings represent Grandmother Moon.

A sign accompanying the art explained that “Grandmother Moon provides us direction, strength, knowledge, and wisdom in taking our sacred place in our families, communities, and beyond. She teaches us about our sacred role as the life-givers and the heart of our nations – for without women our nations cannot go on.” 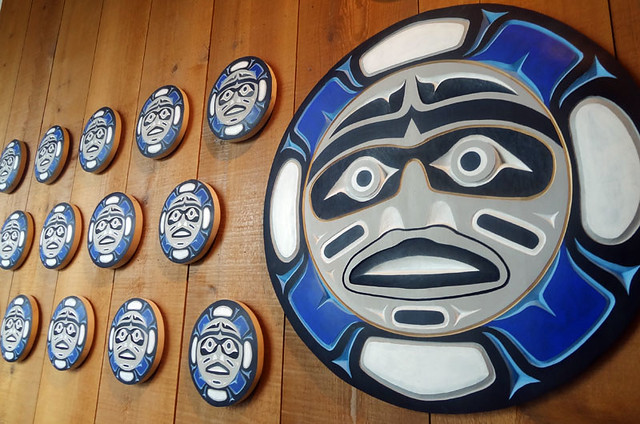 “This is not a tourist destination. Please respect our privacy as we respect yours.” This sign outside a First Nations cemetery that our media group happened upon reminded us that even in this modern society of cell phones and Instagram and constant global connection, not everything needs to be shared with the world.

As welcoming as many First Nations communities are to outsiders, some things are private and should remain that way. We drove past the cemetery without stopping.

As with Native Americans in the U.S., many First Nations endured quite a lot of hardship when white settlers came along and drove them out of their traditional lands. 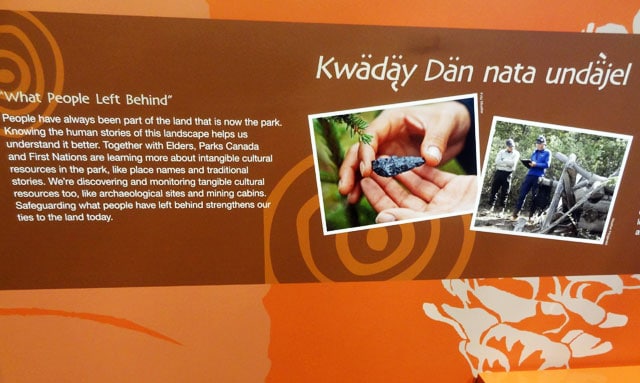 Aboriginals in what is now Dawson City were especially affected by the Klondike Gold Rush in the 1890s when thousands of white settlers arrived from the south. Tr’ondek Hwech’in Chief Isaac made the decision to move his community down the river to Moosehide, lest they stay in Dawson and have their culture and society destroyed by the new settlers.

He also made sure to pass on his peoples’ songs and dances to other nearby communities in Alaska so they would not be lost. 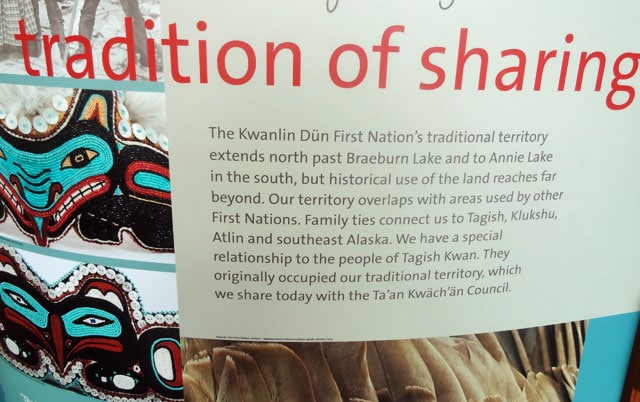 Down in what is currently Kluane National Park, the First Nations were shocked in 1943 to hear that the government had turned the area into a game sanctuary and banned all hunting and fishing in the area. People who had lived there for thousands of years were forced to move to new lands in order to survive.

Eventually, land agreements were reached which allowed native people to hunt again in Kluane. The stories of what First Nations had to endure are unfortunate, but they remind us to persevere when times are tough. 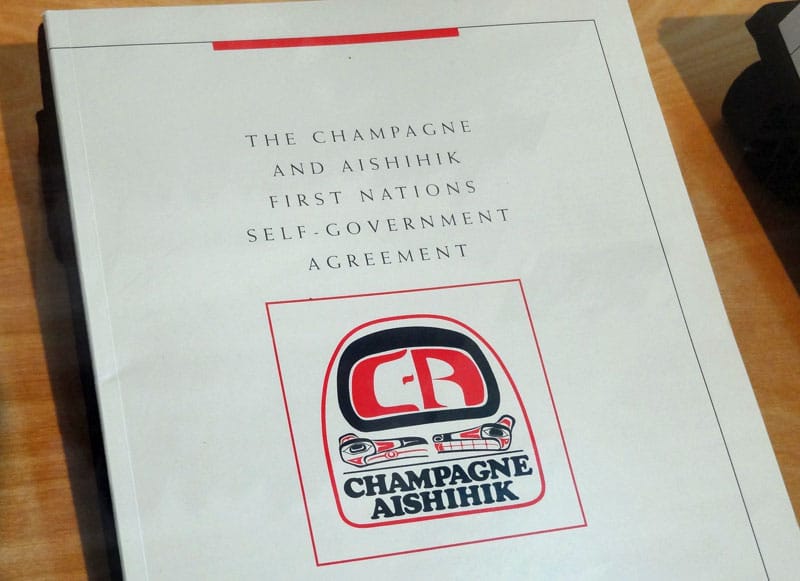 For those who are interested in learning more, here’s a link to further reading about the history and traditions of the First Nations along the Yukon River. Also check out our article about the meaning of the nine totem poles at Vancouver’s Stanley Park. 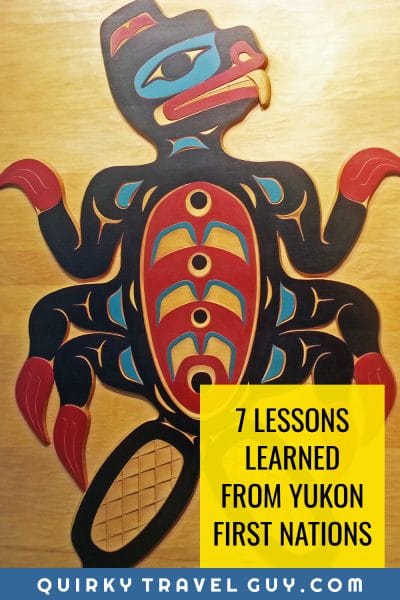