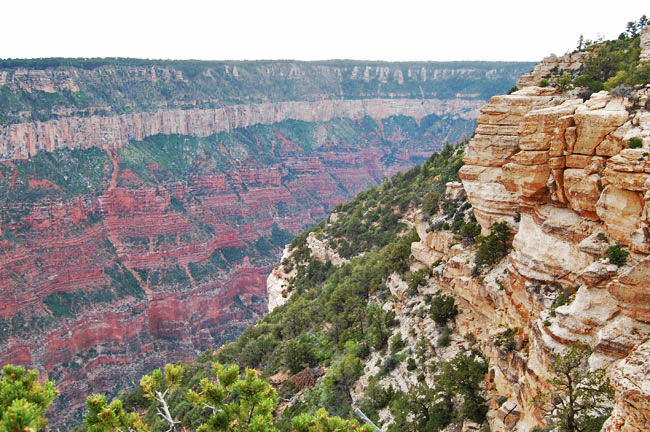 I am really excited to spotlight the Grand Canyon as my Featured Travel Destination this month. It’s been a while since I wrote extensively about a national park, and the Grand Canyon is one of the seven natural wonders of the world, so it’s about time we give it some love.

The Canyon is the second most-visited national park in America, behind only Great Smoky Mountains National Park in North Carolina and Tennessee.

For years, about four million people visited the Canyon annually, but since 2015, those numbers have shot up. From 2017-2019, the number of visitors exceeded the 6 million mark! The 2023 visitor total will likely to exceed that mark, given that the number of park visitors keeps rising.

Do people still live inside the Grand Canyon? How long does it take to drive from one side of the Canyon to the other? Let’s run down some Grand Canyon fun facts and interesting tidbits.

As with the 9 Things You Didn’t Know About Yellowstone post, you may already know some of these items, but hopefully you’ll pick up a few new facts.

Interesting and Fun Facts About the Grand Canyon

1 Members of one Native American tribe still live inside the canyon
Yes, a small group of people live in the Grand Canyon. The Havasupai (which means “people of the blue-green waters”) have a reservation that borders Grand Canyon National Park.

Their village is located near Havasu Creek, a tributary of the Colorado River that often sees flash floods. Supai Village has a population of a couple hundred residents.

Outside visitors are welcome in Supai Village, but you’ll have to be truly committed. It’s a minimum 8-mile hike from the nearest road into the Supai Village, and you’ll pay an entry fee of $35 per person. As of this writing, guests who want to stay there are charged $375 for a three-night camping visit. Here’s more official info on the Havasupai.

Either way you look at it, that’s seriously ancient. The canyon is 277 miles long, a mile deep, and 18 miles across at its widest point.

3 You can’t buy bottled water in the park
The Canyon has gone green! In March 2012, the Canyon officially eliminated the sale of water in disposable containers. This decision came after a study determined that 20 percent of the park’s waste came from plastic water bottles.

So what’s a thirsty hiker to do at the Grand Canyon? The park has free water stations throughout, so bring your own water container and fill it up as much and as often as you like.

4 It snows – sometimes a lot
The picture of the Grand Canyon most people have is that of a hot, dry place, but the North Rim, which sits 1,000 feet higher than the South, sees colder temperatures and plenty of snow in the winter months.

Sometimes, the main road to the canyon on the northern side will have to be closed due to inclement weather. I visited in late May and found snow on the ground. Not a ton, but enough for a snowball fight!

That’s a 215-mile, five-hour drive. Most people don’t bother to visit both rims of the canyon since it’s such a long trek. If you like, you can take the Transcanyon Shuttle, the daily bus that travels from the North Rim to the South Rim and back once a day. Round-trip cost is $180 per person, or $90 for one way.

6 Lots of people die there
“Lots” is a relative term, but there are plenty of stories of people dying at the Grand Canyon – enough that some books have been written on the subject. The last year that I checked the records, 12 people died there – one from a heart attack, one from taking their own life, and 10 from accidents. That was a fairly typical year.

Approximately 53 people fell to their deaths from the canyon rims from 1925 to 2005, with another 48 deaths inside the canyon. On rare occasions, people have even driven their vehicles straight into the canyon off the South Rim, Thelma and Louise style.

People also have to be rescued on occasion. The last time I visited, I witnessed some sort of helicopter airlift out of the canyon. I don’t know if it was a person or supplies, but something was being transported out. 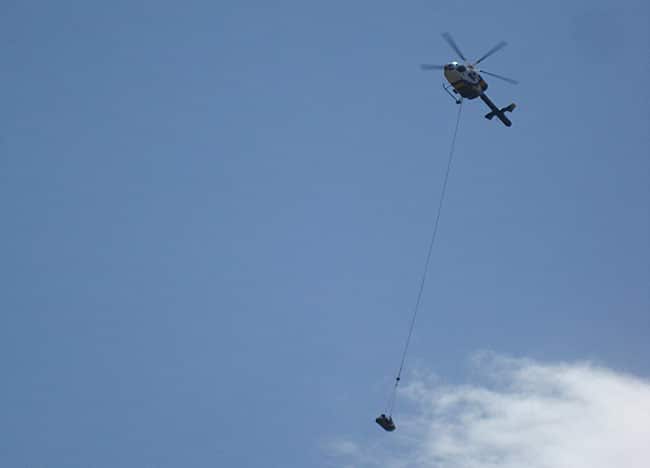 7 The Canyon was unknown to Europeans until 1540
It’s believed that Spanish explorers and soldiers, traveling with Hopi guides, reached the canyon in 1540. The next contact with the site from Europeans didn’t come until 1776, and then not until the 1820s.

It’s hard to believe that this massive American treasure was virtually unknown and unexplored by non-Native Americans just 250 years ago.

8 You can hike from one side to the other
The Kaibab Trail is the one path that goes down into the canyon, crosses the Colorado River and comes back up the other side. It’s a 21-mile hike, which means that you’ll have to camp within the canyon overnight to complete it.

And temperatures inside the canyon can be up to 30 degrees hotter than at the rim. Definitely not a trip for beginners! 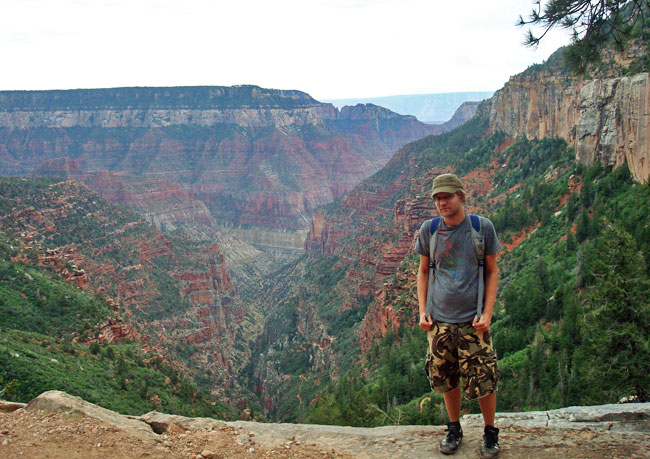 In addition to hiking, Canyon visitors can find family-friendly activities such as helicopter tours and visiting Grand Canyon Village and Desert View. Here are more suggestions for things to do at the Grand Canyon with kids.

9 There’s are official Grand Canyon webcams
Check them out here, but you’re not going to see much happening. It’s a view looking north from the South Rim at Yavapai Point. On a clear day, the visibility is 225 miles. The webcam also provides weather information like temperature, wind speed, humidity and precipitation.

Other Facts and Trivia About the Canyon

For more info on the Grand Canyon, see some of our other blog posts:

Return of the California Condor: This post describes how the California condor went from the verge of extinction to a growing population. There are now roughly 500 of the famous birds in total between captivity and the wild. This post tells you where to see them!

Wildlife of the Grand Canyon: Want to see bighorn sheep, bald eagles, lizards, deer, bats, and even bears? Check out this article to get the lowdown on the full range of animals that are found in the Canyon.

Hiking North Kaibab Trail: You can hike down into the Canyon! This one describes my hike from the North Rim down a few miles into the Canyon, and gives tips on how to make it easier for yourself (bring lots of water!!)

While you’re in Arizona, consider also checking out the underrated Saguaro National Park! Here’s a guide to the East Unit of Saguaro NP.

Do you have any other Grand Canyon fun facts to share?

44 thoughts on “Grand Canyon Fun Facts: 10 Things You Didn’t Know About the Park”