Hey yinz guys, guess what? I’m moving to Albuquerque! Probably. Eventually. It may not be for another 20 years or so, but I’m pretty sure I’ll eventually call the largest city in New Mexico my home.

Of all the places I went on my 2009 summer road trip, Albuquerque was the one that surprised me most. I fell in love with the town and discovered why it’s one of the fastest-growing cities in the country.

The city boasts affordable housing, fantastic weather (more than 300 days of sun per year, with small amounts of snow in the winter to keep things interesting), a large green movement and progressive atmosphere, a vibrant university neighborhood, surprisingly good nightlife, great nature (the Rio Grande River and Sandia Mountains), and a nice amount of Mexican and Native American culture.

Albuquerque also gets tons of good concerts. The city is on the road between Austin and L.A., so traveling bands play there a lot. Should I keep going? 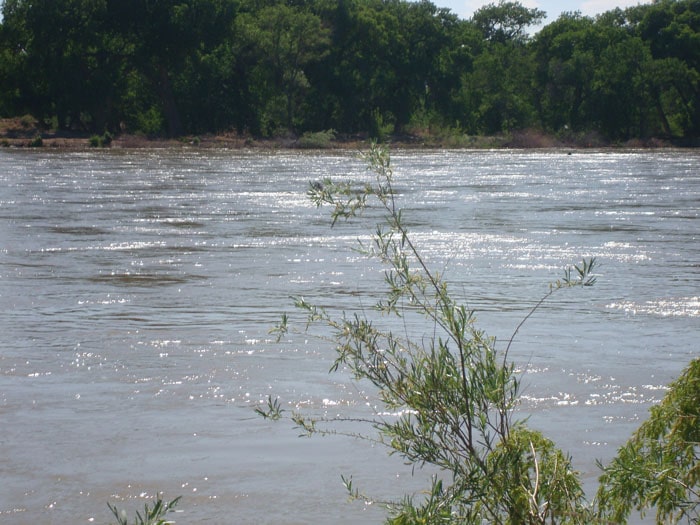 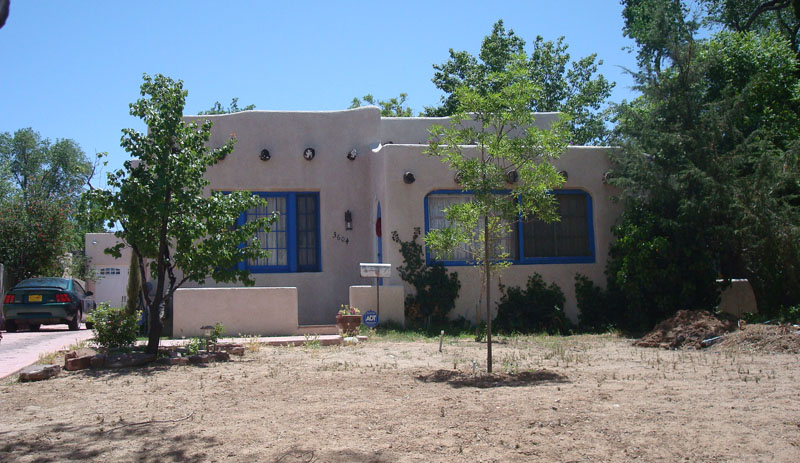 Look at that super-cool white house up there! I love the blue trim around the windows. Albuquerque is one of the more interesting places in the state of New Mexico, along with White Sands, Carlsbad Caverns, and Roswell. 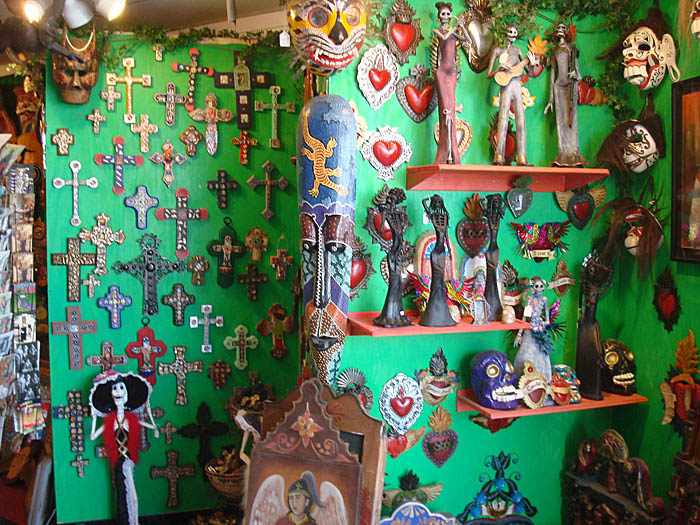 How many days of sunshine in Albuquerque are there annually?

As mentioned earlier, Albuquerque reportedly gets more than 300 days of sunshine each year. A local told me the number was 330, but the local tourism bureau says 310, and other sources say 280.

One site that tracks weather data claims that Albuquerque gets 167 days of full sun, plus 111 partly sunny days. That’s a total of 278 per year, on average. Even with all that sun, temperatures are comfortable due to the altitude (5312 feet.) 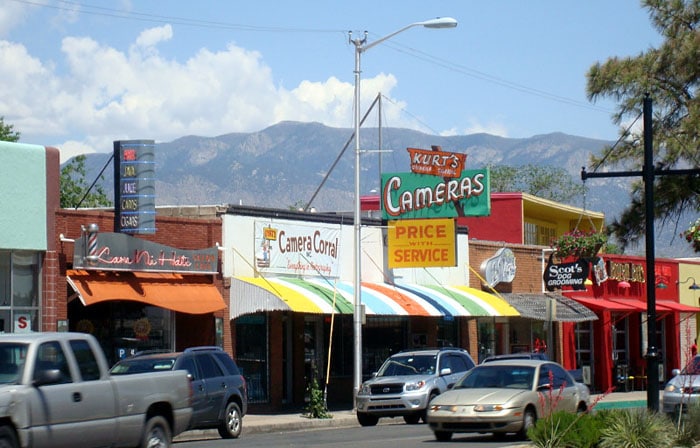 Regardless of the exact number, it’s clear that Albuquerque, New Mexico has some gorgeous weather. The city gets only about 9 inches of rain per year! Nine!! Combine that with the great scenery and overall cool vibe, and this is an overlooked city that should be on your radar. Why not try and Albuquerque to Austin road trip, perhaps??

Do you have a favorite city that you’re dying to live in someday?