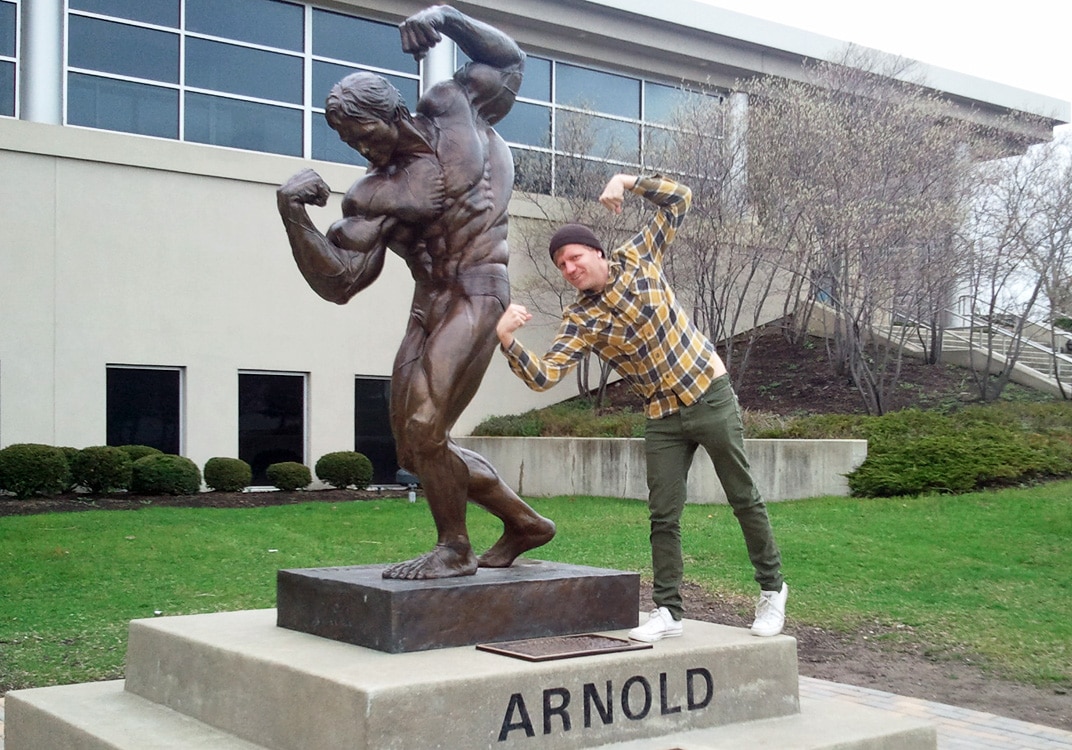 Most famous statues and monuments do not depict their subject wearing only a skimpy speedo. That’s just one of the things that makes the tribute to Arnold Schwarzenegger unlike other statues.

The eight-foot tall bronze likeness depicts the Governator back in his bodybuilding days. It was dedicated in 2012 for the Arnold Sports Festival. Arnold himself showed up for the unveiling, and yes, he promised, “I’ll be back.” 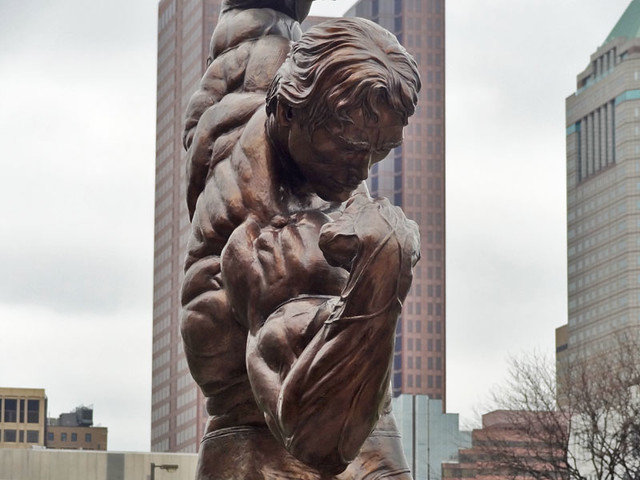 Why would the city of Columbus want a statue of Arnold Schwarzenegger, you ask? Well, besides the fact that YOU NEVER NEED A REASON TO HONOR ARNOLD, Columbus was the scene of his first big athletic triumph.

Schwarzy (I’ve decided that’s his new nickname) won the 1970 Mr. World bodybuilding title there, defeating the previously unbeatable Sergio Oliva. (How does one even win a bodybuilding competition? I assume it’s decided by the opinions of judges?)

Later, he brought the Arnold Sports Festival to Ohio’s capital city, where it has remained for more than two decades. The festival annually brings more than 22,000 athletes from 80+ countries to Columbus. It’s held in March of each year. 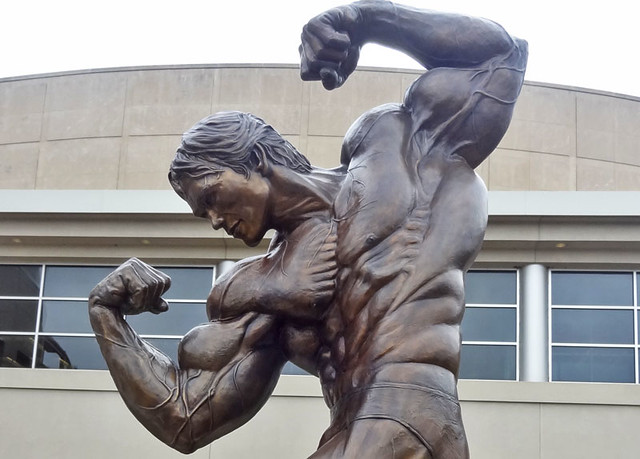 The statue is one of the most striking pieces of public art in Columbus. It’s very reminiscent of the Rocky Statue in Philadelphia. You should definitely get your selfie with it!

The statue itself really captures that typical musclehead look, the one I don’t think anybody believes is attractive. Arnold’s muscles are revealed in all their sinewy detail, his arms bulging and veins popping. Have some fun posing with Arnold the next time you’re in Columbus. 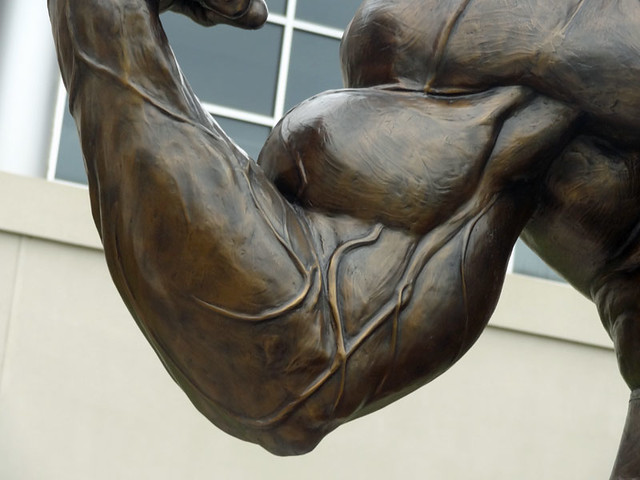 For its first few years, the 600-pound statue was located at the Veterans Memorial on Broad Street. But in 2014, it was moved to the convention center. The Governator himself came to town for the rededication ceremony, joined by the city’s mayor and Ohio’s governor. Schwarzy pledged to keep the Arnold Sports Festival in Ohio’s capital city, even though he had offers to move it elsewhere.

The Schwarzenegger statue definitely qualifies as one of the most unique and interesting places to see in Columbus, Ohio!

Arnold Fakes Out His Followers

A couple years ago, Schwarzenegger posted a photo on his Instagram account showing him in a sleeping bag lying like a bum on the sidewalk in front of his statue. He captioned it “How times have changed.”

This led to a semi-viral meme that the governor was forced to sleep there because the hotel wouldn’t give him a room. However, the meme was false. As noted, there is no hotel at this location – it’s the convention center.

Arnie was just having some fun with his followers, posting a silly pic to see how people would react. Why he had a sleeping bag there with him remains a mystery. But hey, that proves you might run into Schwarzenegger himself if you visit the statue!

Looking for more quirky attractions? Read about the exact geographic center of the United States in Kansas and the giant fist statue in Detroit. 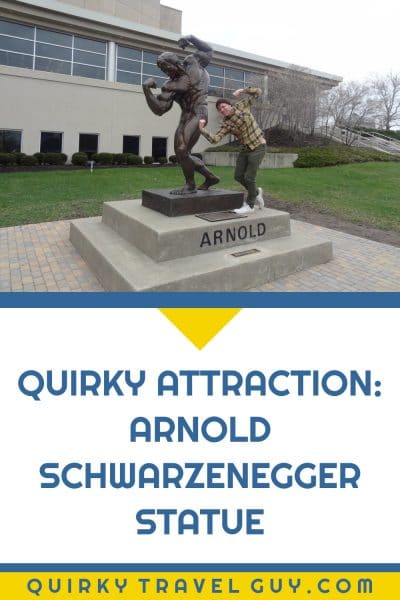