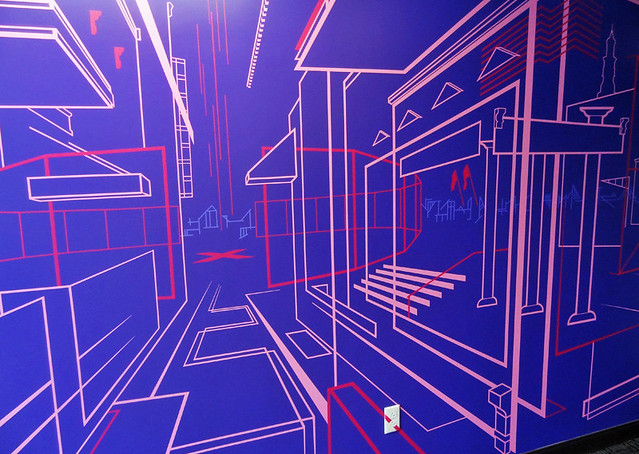 Indianapolis is a surprisingly great art city, from the creative sculptures and outdoor exhibits at 100 Acres Nature Park to the Indy Zoo’s unique animal art program in which trained elephants and penguins create their own paintings.

Even the city’s hotels are getting in on the action. The Alexander is a modern art hotel that displays artwork and other hotel features created from such unusual items as combs, vinyl record albums, and railroad tracks. 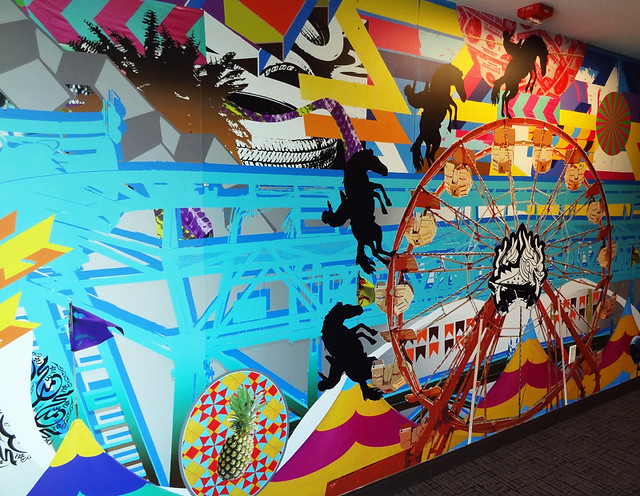 I don’t gush about hotels often, but with its trendy rooms and free bike rental for guests, the Alexander Hotel in Indianapolis is definitely a cool place to stay. Even if the Alexander isn’t in your budget, don’t pass up the chance to stop in. Non-guests can walk up to the second floor to grab a drink at Plat 99, a colorful cocktail lounge that was one of the best places I ate & drank last year.

At Plat 99, you’ll notice that the foot rest is actually a piece of railroad that was discovered before construction when the site was excavated. What a clever repurposing of an unexpected find! 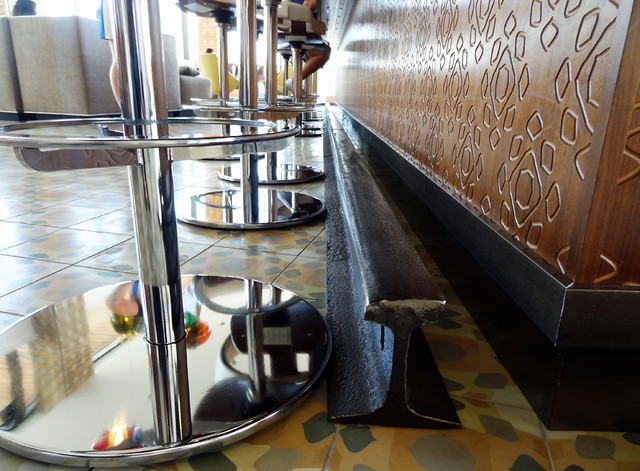 Just outside Plat 99, at the check-in desk, you’ll see ‘Zebra Fruit Wavepack’ by Ara Peterson. While this piece looks like folded fabric, it was actually painstakingly composed from little pieces of painted wood. It’s a remarkable piece of art. 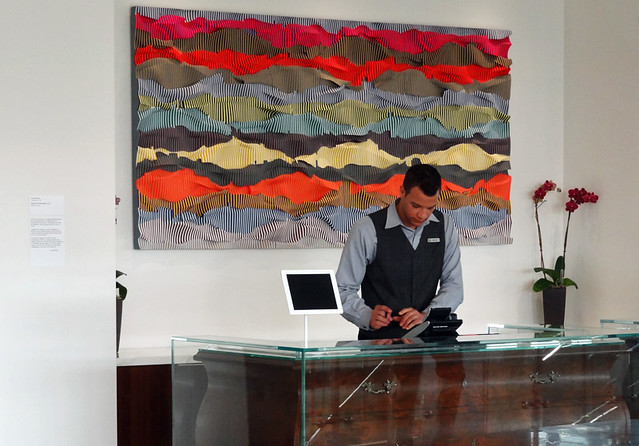 The artwork at the Alexander was curated by the Indianapolis Museum of Art – that’s how serious they are about this stuff. Here’s another popular piece in the second-floor lobby: A smattering of birds created by Paul Villinski called ‘Anthem.’ 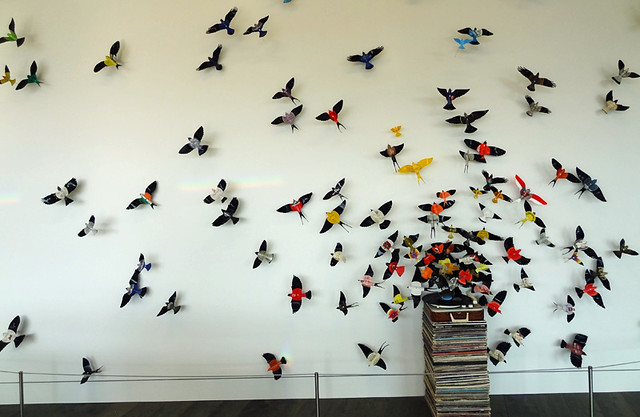 The birds are all created from old record albums. Poke around to spot your favorites. I was especially pleased to see Joan Jett’s ‘I Love Rock N Roll,’ Michael Jackson’s ‘Off the Wall,’ and Bruce Springsteen’s ‘Born to Run,’ plus albums by the Pointer Sisters, Johnny Cash, the Go-Gos, John Denver, and Tom Tom Club. This collection is just like my iPod – a quirky, diverse group of artists who would normally never be found together. 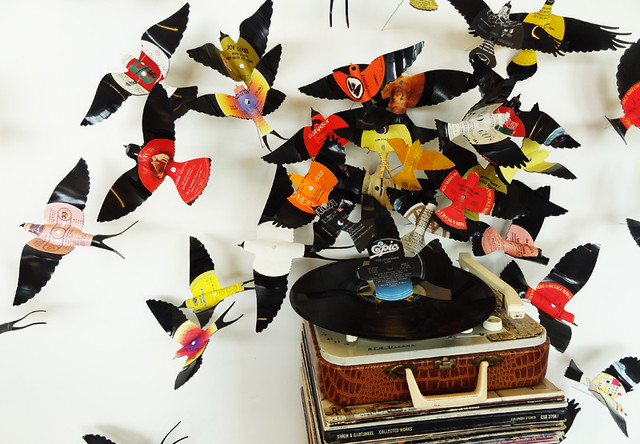 One piece that can rival the cool factor of the record album birds is Sonya Clark’s ‘Madam CJ Walker II.’ Walker was one of the country’s first female African-American millionaires. She moved to Indy in 1910 and became incredibly successful due to her line of mail-order hair care products. There’s an image of Walker in the hotel, and, until you walk up closer, you won’t believe what it’s made of… 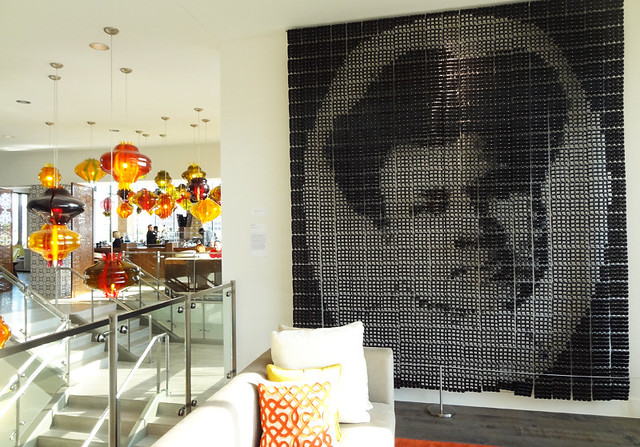 Combs! That is genius. 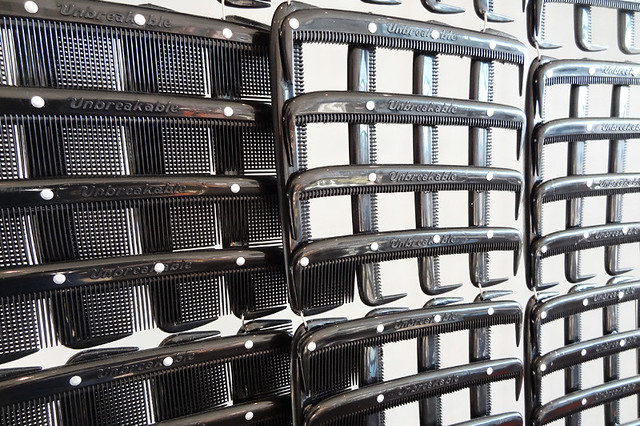 Each floor has a different piece of art in the hallway outside the elevator. This one by Mark Fox is called ’39 point 76181 degrees North 86 point 154688 degrees West.’ It’s a giant piece of laser-cut stainless steel with a long rambling selection of text about the hotel itself that ends with “Now get to your room!” 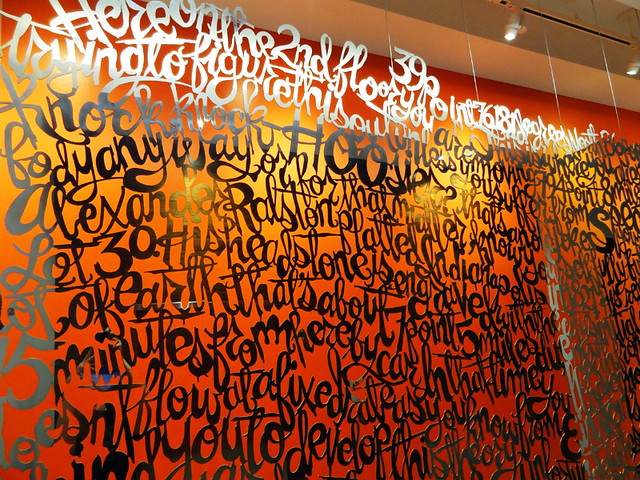 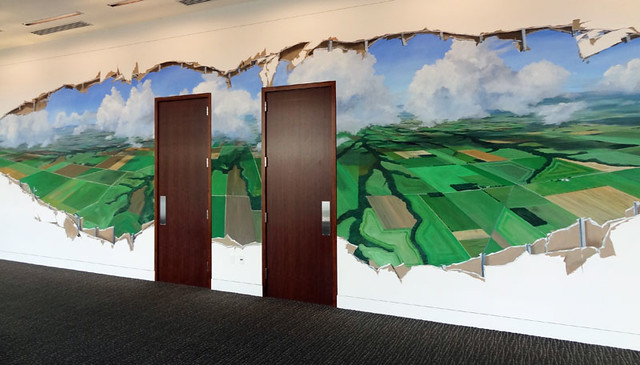 There’s a lot more here but I won’t spoil it all; you’ll have to check it out yourself. I will share some photos from the Alexander parking garage, because the structure is full of graffiti art by British artist Nick Walker. He’s a vandal, but an invited one. 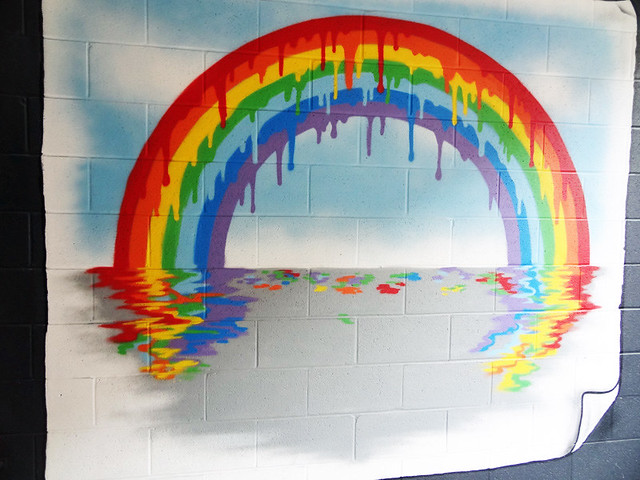 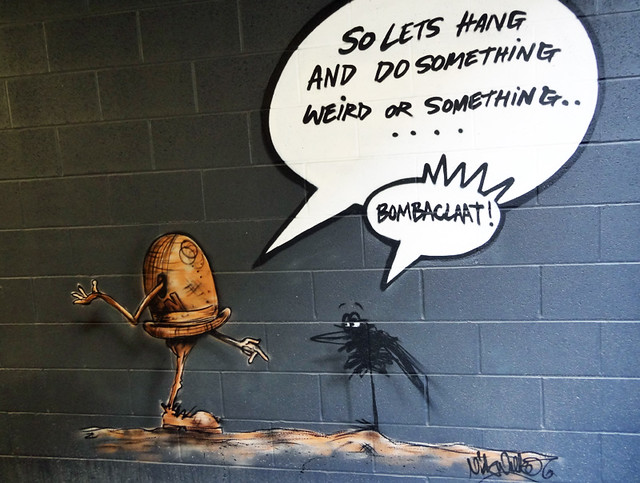 While you’re in town, don’t miss the chance to see the Cultural Trail. and take a Kiss the Bricks Tour of the Indy 500 racetrack.

Note: I was a hosted guest of Visit Indy and the hotel itself.

4 thoughts on “Awesome Art at the Alexander Hotel in Indianapolis”