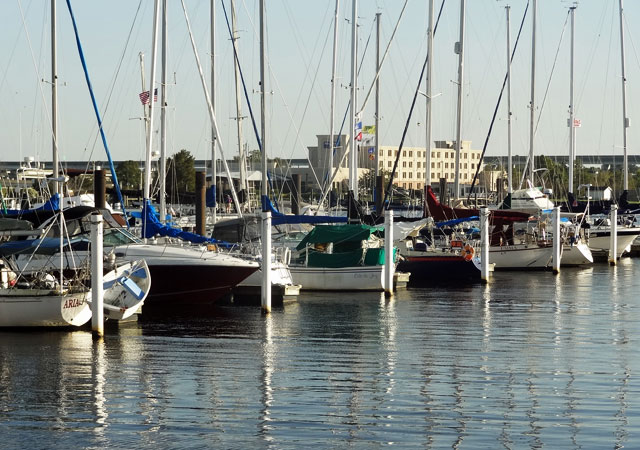 George Washington once stayed here. Pepsi was created here. Cute bear statues can be found all over town. That’s all I needed to know to commit to a visit to New Bern, North Carolina, which has a combination of old-time, small-town charm and quirky sights.

The list of interesting things to do in New Bern, NC ranges from historic buildings to unique shops and stores.

New Bern, NC is a city of roughly 30,000 people in Craven County, North Carolina. It’s at the meeting point of the Trent and Neuse Rivers, not far from the Atlantic Coast. It was settled in 1710, making it one of the oldest settlements in the state.

RELATED READING: Finding the Cool Side of Greensboro, North Carolina

The Bear Statues of New Bern

During my visit to New Bern, the bear statues were my favorite part. Everything in New Bern is about bears. The high school mascot is the bear. The police cars have bear logos. Residents display bear flags on their houses.

“Bern” is the Swiss word for bear, so the town’s bear connection goes way back.

In 2010, to celebrate its 300th anniversary, New Bern went all-out on the bear theme by displaying artistic bears everywhere. There are more than 50(!) fiberglass bears scattered around the city, all uniquely designed and decorated!

The New Bern bears remain all these years later, although there have been some issues. In 2018 after the rains from Hurricane Florence, some of the bears began floating away in the flood waters. 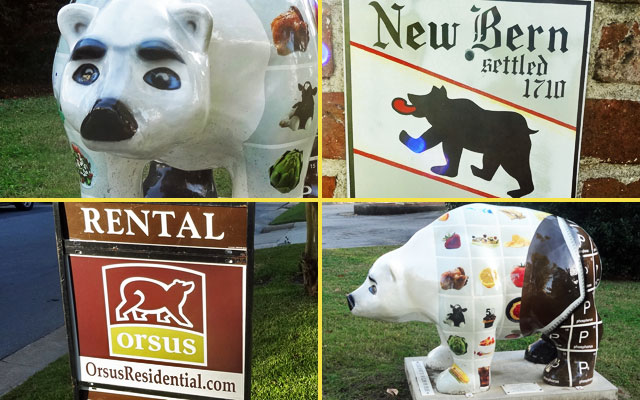 Every once in a while, the town even sees a real black bear wandering around, as if the mascots have come to life.

Other Things To Do in New Bern, NC

One of New Bern’s biggest claims to fame is as the birthplace of Pepsi. There’s a general store museum on the site where Caleb Bradham created Brad’s Drink, which became Pepsi in 1898. 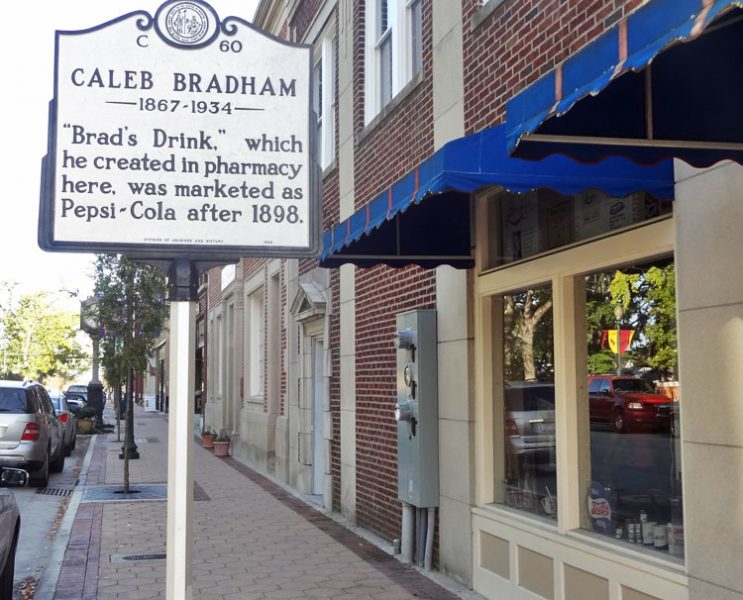 The pharmacy has been turned into a gift shop that now sells Pepsi and every kind of Pepsi-related souvenir you can imagine. I’ve always been more of a Pepsi guy than a Coke person, so I appreciate the Pepsi memorabilia. 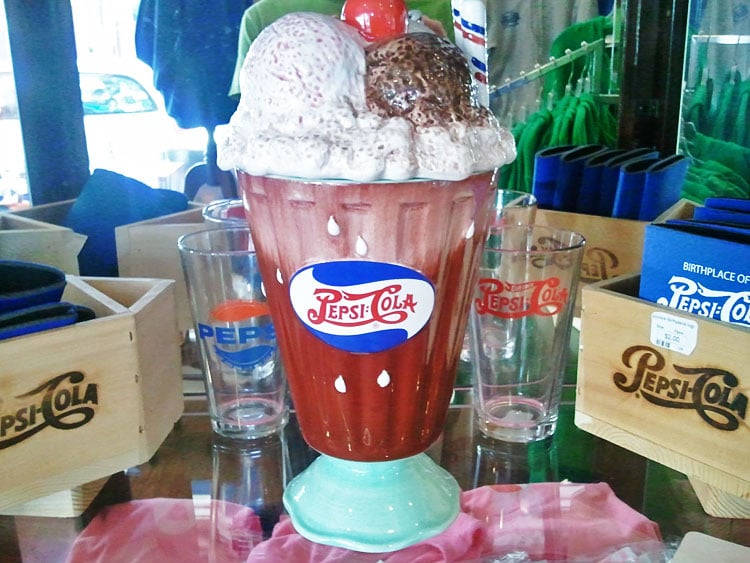 I’m rarely in awe of historic sites, but whenever I hear the name “George Washington,” I immediately get excited. Like, “Wow! George Washington once slept here! The first president! That’s amazing!” Washington stayed for two nights at the John Wright Stanly House. 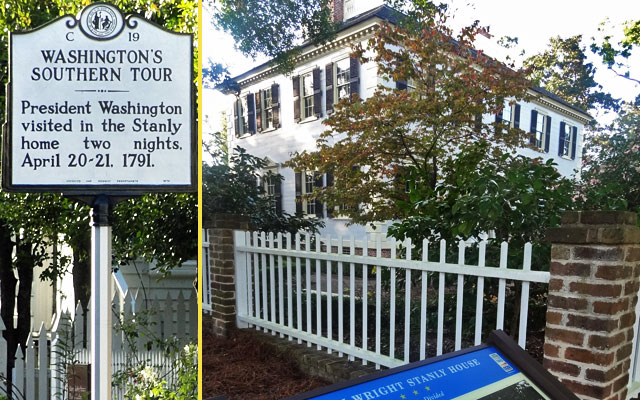 New Bern was the capitol of North Carolina back when it was still a British colony. So there’s a lot of history in New Bern, more than you’d expect from a typical town in this part of the country.

Tourists will want to check out Tryon Palace, the location of the State Capitol and Governor’s Residence in the 1790s. Guests can now take tours of the building.

The original Tryon Palace building was burned to the ground only a few years after its creation. The palace that now stands is a re-creation made to look just like the original.

For the old-time New Bern feel, take a ride in a horse carriage. 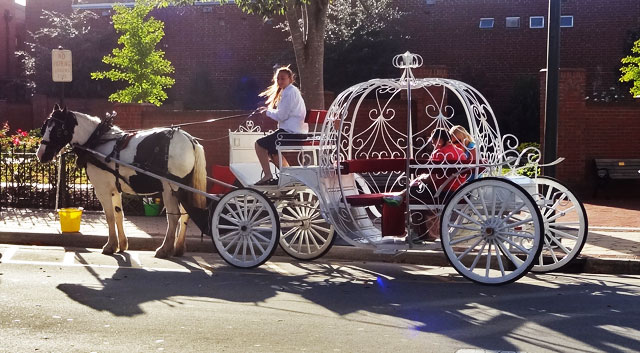 New Bern is not right on the ocean, but it’s pretty close. The town sits on the Neuse River, which empties into Pamlico Sound and then the Atlantic Ocean. The local folks make use of the piers to keep their boats, which they no doubt take out on the water often. 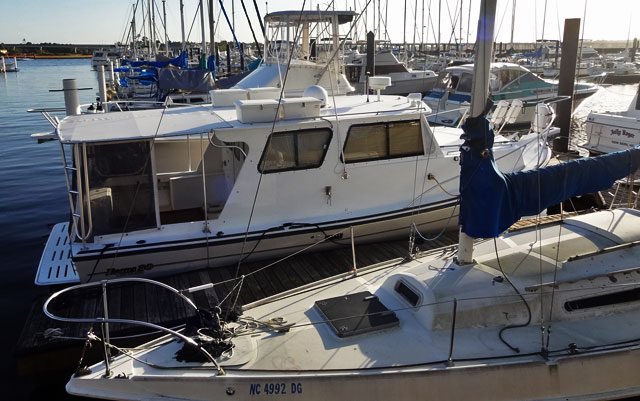 One of the main tourist hotspots is the walkable downtown area near the river. The business district features a number of cute shops, as well as squirrels eating slices of toast bigger than themselves. Well done, squirrels. You win! 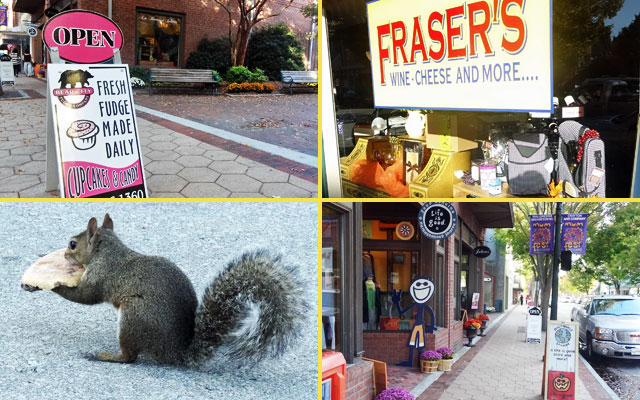 Other options for fun things to do in New Bern, NC include:

Or just walk around the business district to find local shops that sell fudge, coffee, burgers, and more.

Where to Stay: Hotels in New Bern, NC

New Bern has lots of bed and breakfast style lodging, such as Hanna House and the Jarvis, as well as small hotels and large chains, like Holiday Inn Express and Hampton Inn. To find a hotel within your price range, I always recommend booking.com, since they do the best job of aggregating all the hotels deals and prices.

Click to search for affordable hotels in New Bern for the dates of your visit on booking.com.

Do you have any additional suggestions for things to do in New Bern, NC? Have you ever visited to see the New Bern bears?