Since I’ve spent much of this month writing about tourist attractions like the museums of Chicago, I wanted to end with a discussion of some of the more local favorites, the places where the residents of Chicago hang out.

I don’t claim to be the ultimate authority on life in this city. These are just my personal faves – and a few places I don’t care for. So read on as I discuss some of my local favorites and bash a few well-known Chicago institutions (sorry, Garrett Popcorn!) 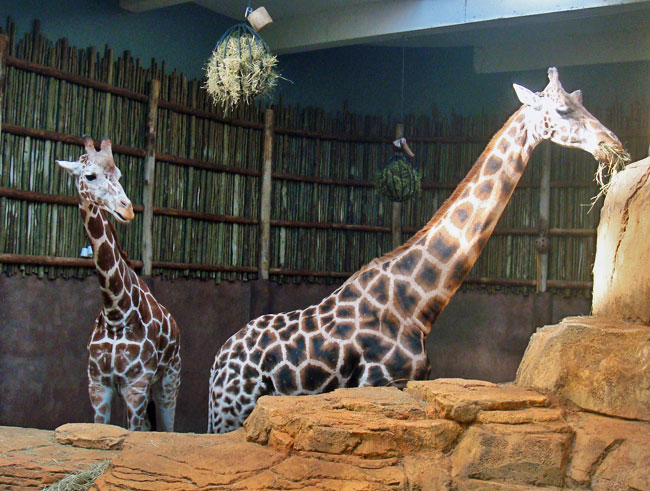 The Lincoln Park Zoo is one of the best free zoos in the country, and it’s open year-round, so if it’s the middle of winter and you can’t figure out how to spend a frigid zero-degree day in Chicago, you can stop by here. Portions of the zoo are outside, but other parts are indoors, so there’s a break from the weather.

Best beach: 31st Street Beach
This is a tough call, since Chicago beaches are so much fun in the summer. I tend to end up towards the north, but 31st Street Beach on the South Side is usually a fun place to hang out. North Ave. Beach is usually too crowded, Fullerton Beach is too small, but 31st is just about right for my taste.

Chicago is home to a handful of outdoor ice rinks during the colder months, but the coolest one is in Millennium Park, just below the Bean sculpture. It’s a really cool experience to skate around with the Bean on one side and the downtown skyscrapers on the other. Ice skating is the top winter activity in Chicago.

Best place to bike: North Shore Channel Trail
The lakefront is awesome, but it can get crazy busy on nice days. And the wind can almost stop you in your tracks at times. I like the North Shore Channel Trail, which starts at Lawrence (4800N) and follows the river north to Skokie and Evanston. It’s not very crowded, there are plenty of benches and open grass to stop and picnic, and if you go far enough there’s even a sculpture park.

Best place to view the downtown skyline: US Cellular Field
A lot of private homes and high-rises offer great skyline views, but one of the best views you can get in a public place is from the home of the White Sox, US Cellular Field. Go during a summer night game and you can snap pics before the game starts and after it ends, getting both the daylight and nighttime views. Attending a Sox game is one of the coolest things to do in Chicago at night.

Worst concert venue: Ravinia Festival
The outdoor Ravinia Theater is one of the most popular concert venues in Chicago, but it’s by far the worst place to actually see a performance. There’s a nice lawn where people have picnics during the show, but the only people who can see the stage are those in the pavilion and a few lucky souls at the front of the lawn. Well over half the crowd can see neither the stage nor a video screen, which means something is seriously wrong.

Parking is also a huge pain, since the lots are too small and the additional lots in the Park & Ride shuttle system make it a huge hassle to get back to your car after the concert. The Metra train is an option, but few trains run in late afternoon from Chicago and those that do are a couple hours apart. I usually have to be dragged kicking and screaming to this place, although this summer I’m giving in so I can see Tony Bennett in person.

Most overrated tourist attraction: Navy Pier
Much like Fisherman’s Wharf in San Francisco, Navy Pier is a tourist trap. There is absolutely no reason to go here, ever. It’s just overpriced food, overpriced souvenirs, an IMAX theater and a ferris wheel. Actually, the ferris wheel might be the one redeeming item. They set off fireworks at the pier, but you can see them without coming all the way down here. 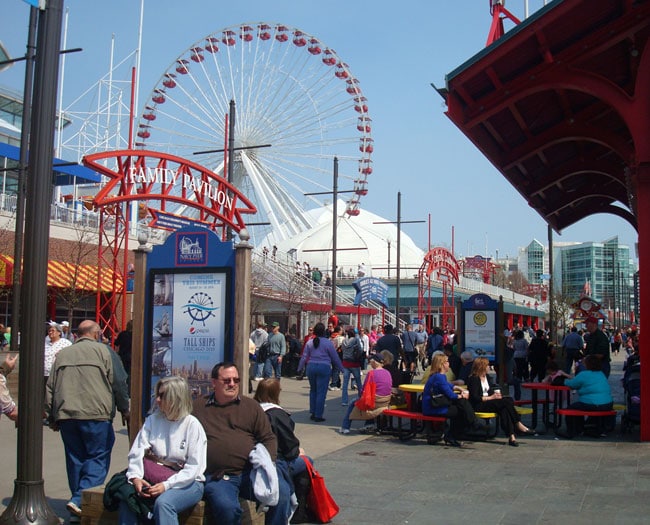 Best dive bar: Skylark
This one is really hard to choose, as I’m a big fan of a number of dives around the blue line, like the California Clipper, Two Way, and Gold Star. But it’s the Pilsen hangout Skylark that is probably my favorite. It’s spacious, has a cool crowd, the cliché photo booth, and fantastic tater tots.

Best Cuban food: 90 Miles Café
This has become my favorite ethnic food spot. I love the Ropa Vieja – slow-cooked shredded beef, onions and peppers. When it’s nice outside, the outdoor seating is a must. I always go to the Armitage Ave. restaurant, but there’s a second location in Roscoe Square as well.

Best deep dish pizza: Giordano’s
Some people have a strong affinity for one particular brand of deep dish, but I’ll be honest, I love pretty much all of them. I never knew this until I came to Chicago and tried it for myself. It’s amazing how much better pizza tastes when it has a thicker crust with the cheese on the bottom and the sauce on top. Giordano’s is my go-to but I’ll gobble up any kind of deep dish. Check out our guide to Chicago food!

Best cultural festival: Puerto Rican Festival
Chicago has so many summer street and ethnic festivals, it’s almost impossible to keep track of them all. The Puerto Rican Festival in Humboldt Park is great because it takes over almost the entire park, with live music, carnival rides, traditional foods, and a huge community turnout. It’s especially cute seeing young kids proudly honoring their heritage. 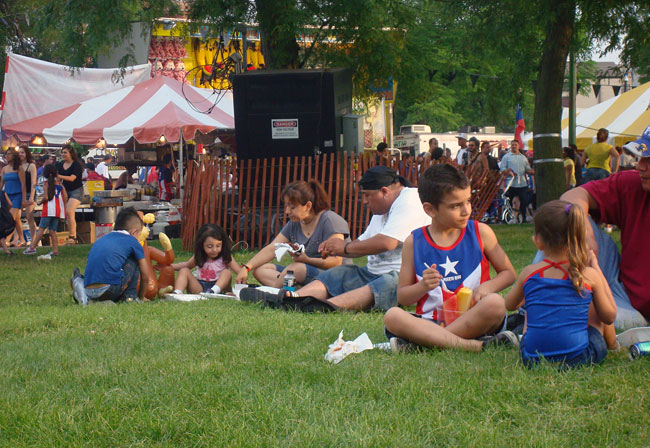 Best ice cream/yogurt: Forever Yogurt
When I first moved to Chicago, I was dismayed there wasn’t a single pay-by-the-ounce yogurt store in the city. Nobody eats hard ice cream anymore outside of Chicago, where Baskin Robbins apparently still rules. I kept telling people that yogurt was a gold mine waiting to happen. As it turns out, Forever Yogurt was already in the process of opening several locations. Incredible flavors (red velvet, pistachio, cake batter) and creative toppings make this the ultimate in dairy snack refreshment.

Best local band: Mucca Pazza
Since the Smith Westerns have pretty much transcended the “local band” label with acclaim from Pitchfork and other national outlets, I’ll go in a totally different direction and select the oddball outfit Mucca Pazza, a 30-person circus punk marching band. Every Mucca Pazza show is a major visual and aural event. 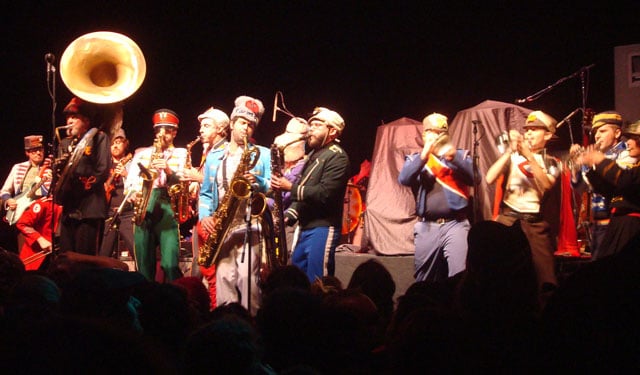 Most overrated local business: Garrett Popcorn
Now, everyone seems to love the cheese/caramel popcorn mix at Garrett, and I admit it’s very good. That’s not my beef. My problem is that Garrett primarily only offers those two flavors, plus plain butter. Three types. (They do offer a couple of other nut varieties like almond and pecan, but those aren’t heavily promoted, nor do they provide much variety in terms of flavor.)

The fact that Garrett still offers only three primary flavors of popcorn is positively obscene. I can go to a nearby amusement park and find more than 20 types of popcorn, including such amazing varieties as bubble gum and jelly bean. The grocery store has spicy Mexican popcorn. Revolution Brewing has bacon popcorn. Even at a rest stop on the Indiana turnpike, for crying out loud, I found pumpkin-flavored popcorn.

Garrett should hire some flavor scientists and give us some real choices. Garrett could offer 30 flavors of popcorn and truly be the popcorn kings of America. Instead, they’re an overrated niche vendor just waiting for a more ambitious competitor to come along and knock them off. 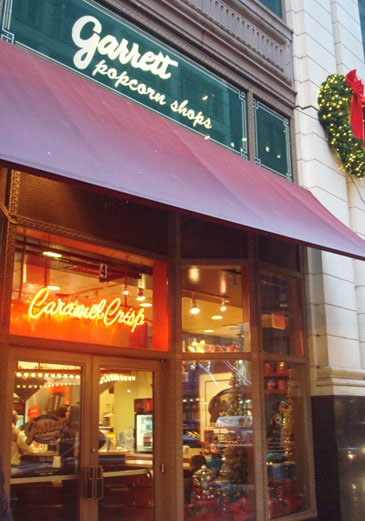 16 thoughts on “The Best and Worst of Chicago, According to a Local”