Interested in having a Blackfeet Outfitters experience in Glacier National Park? Here’s the story of my visit to the Blackfeet reservation. Highly recommended!

In any other environment, I might take one look at the thinly-sliced gray chunks of boiled buffalo tongue on the plate and politely decline.

But I’m a guest on the Blackfeet reservation in northern Montana, and this meal has been prepared for us by Mary Ellen, a gentle soul who radiates sweetness and wisdom. Her enthusiasm for life and for her culture is obvious, and she has boiled this buffalo tongue for more than two hours in preparation for our lunch. 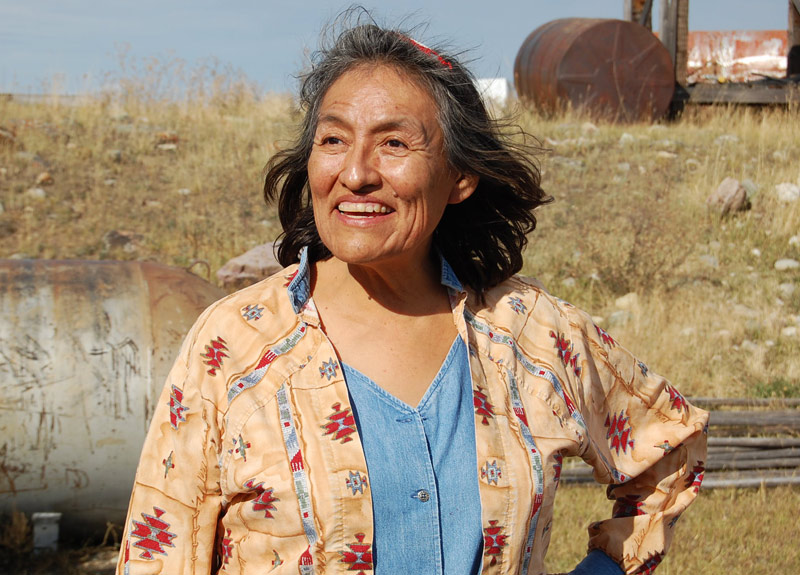 So of course I’m going to dig in. I munch on a few small pieces. The tongue is a little chewy, with a mild flavor. It’s not a texture I’m used to, but it’s not off-putting. I imagine it could grow on me if I ate it frequently. 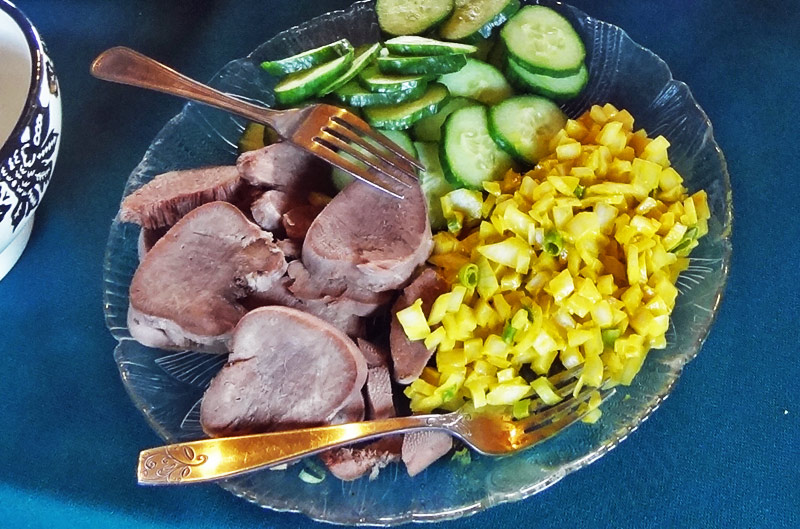 Alger Swingley, whose Blackfeet Outfitters company set up this cultural tour (disclaimer: I attended as a guest of Glacier Country Tourism), explains that buffalo tongue has always been considered a delicacy. The best way to eat it, he notes, is with a side of mustard and onions. He devours his serving, while I continue nibbling at mine, washing it down with mint tea.

The buffalo tongue is part of a beautiful lunch spread prepared by Mary Ellen, and I’m honored to be part of it with a few other visitors and a handful of locals from the Blackfeet reservation hosting us. More familiar items on the menu for today include potatoes, corn, buffalo and wild rice soup, and a cake with chokecherry (not huckleberry) sauce. 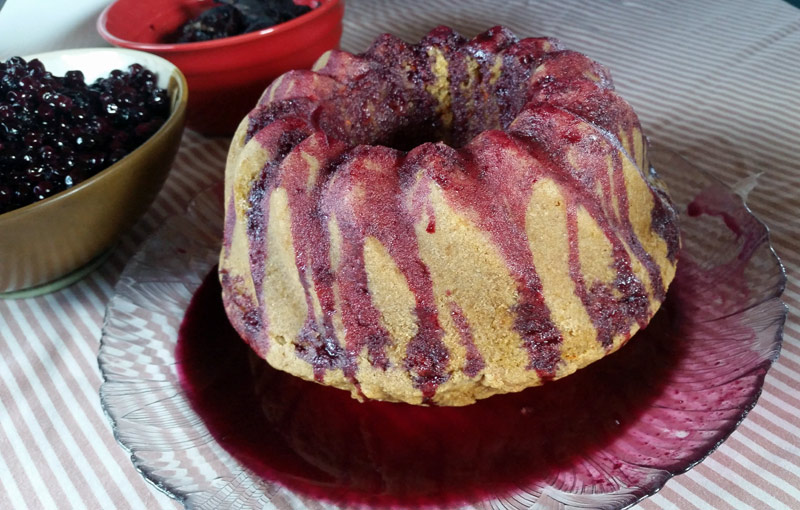 Food is a great way to experience a culture, and there’s something extra special when members of that culture are the ones preparing the cuisine. As immersive cultural experiences go, it doesn’t get much better than this. 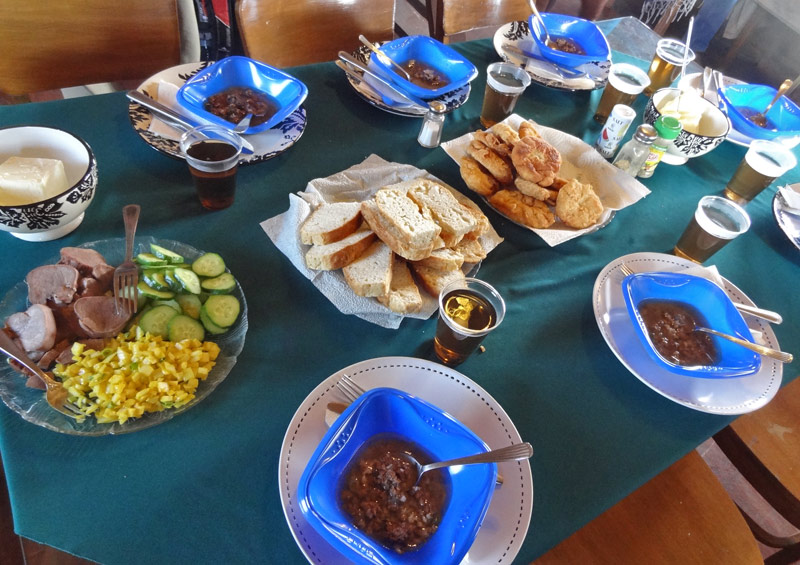 After lunch, Mary Ellen showed us some traditional Blackfeet games and even sang some of her favorite songs. I came to Glacier Country for the stellar views and awesome hikes, and neither disappointed. But one of the most meaningful experiences of the week was getting a chance to enjoy a home-cooked meal while learning about the history and lifestyle of the area’s indigenous people. 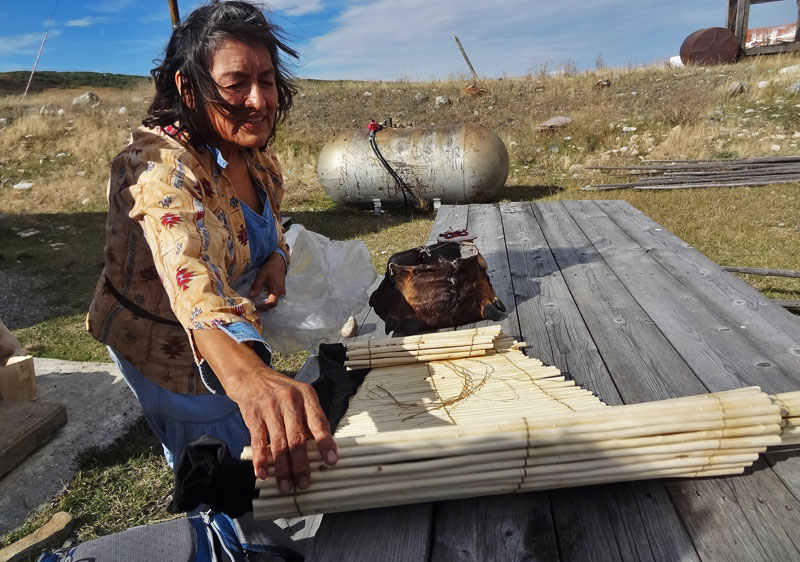 The meal was part of a larger tour that included a jeep trip through the Blackfeet backcountry.

Alger, a chatty and knowledgeable fellow (“I don’t do it all, but I can get it all done,” he asserted), took the converted 1985 Army jeep off-road, which provided access to wildlife hotspots and fantastic views that tourists don’t normally see. Like this: 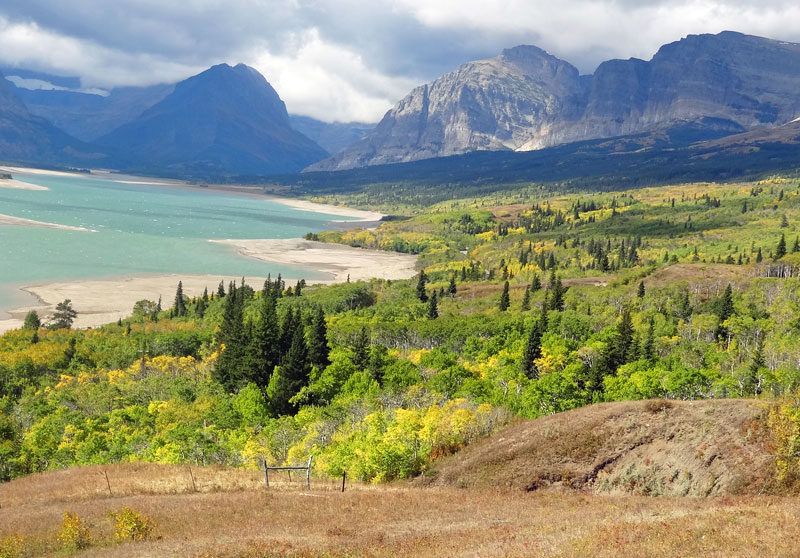 The Off-Roading Experience near Glacier NP

Bordered by Glacier National Park on the west and Canada on the north, the Blackfeet reservation covers 1.5 million acres, larger than the park itself, so there’s a lot of territory to discover here.

Alger drove the jeep through some trees up to this viewpoint just outside Glacier NP grounds. The hillside afforded a sweeping look at the autumn landscape.

From there, we headed through a narrow path to a scenic creek located on private land. The big bus tours won’t get you down here! 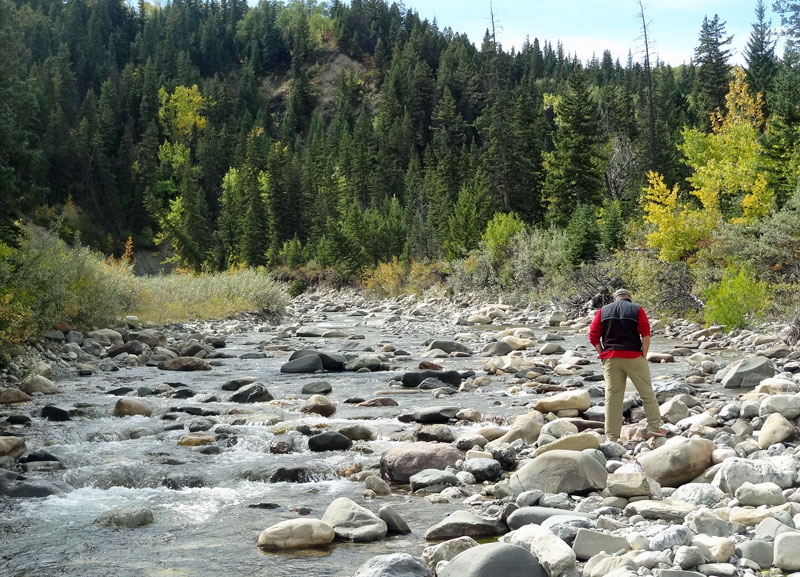 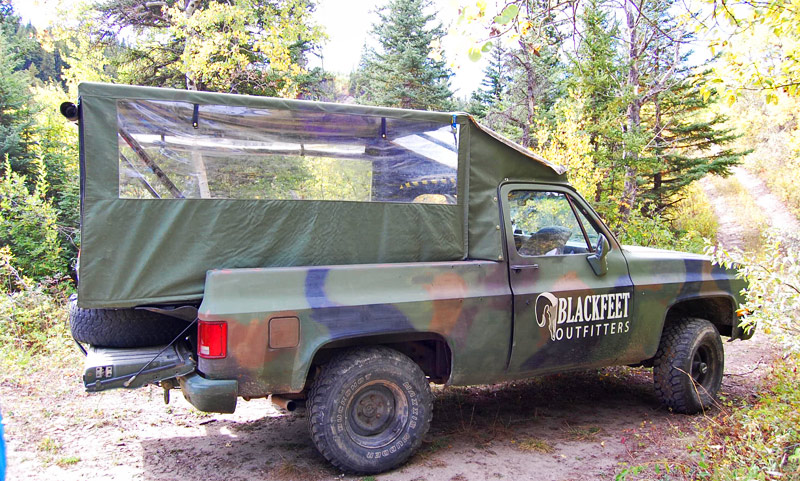 The coolest view was the distant sight of Chief Mountain, a sacred peak that towers over its surroundings (seen on the right in the next photo.) The Blackfeet have held tribal ceremonies there for ages. It’s easy to see why people would revere such a majestic mountain.

Some tourists have discovered the hidden sights on the Blackfeet reservation, but the area is still largely under the radar and uncrowded. Blackfeet Outfitters offers several different types of tours, including rafting, camping, big game hunting, and Montana fly fishing opportunities.

Yes, they still hunt buffalo here – those tongues have to come from somewhere, after all!

Blackfeet Outfitters is located on the eastern side of the park not far from Babb, one of the small towns near Glacier National Park.