My first stop in the culturally-rich town of Berlin, Ohio was Burger King.

Yeah, I know. But it was getting late and I needed a quick bite.

As I walked out of the self-proclaimed champion of the frozen hamburger patty, I spotted something interesting: An Amish man in the parking lot talking on a cell phone, while standing next to the van he drove to the restaurant. Confused yet?

This is probably quite surprising to folks who thought the Amish had no electricity or technology and did not drive vehicles. I had seen Amish folks driving cars before, traveling via Amtrak, and shopping at K-Mart back when I used to work there. But even I was not prepared for the cell phone moment.

The mobile chatter was most likely Mennonite rather than Amish. There is a difference, one I didn’t fully grasp until I visited the Amish & Mennonite Heritage Center the next morning.

At the Heritage Center, you can get all your questions answered, see a giant mural depicting the history of the Amish and Mennonite people, and tour some old Amish buildings full of history. The center is a must-see. 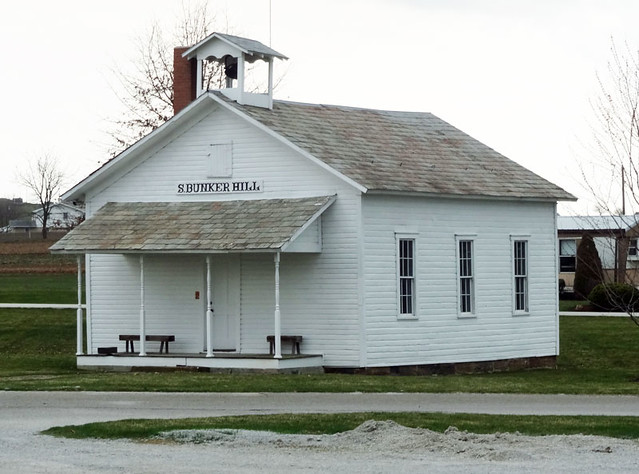 If you plan to visit Berlin, Ohio, make the Amish & Mennonite Heritage Center your first stop. It’s informative and really serves as a visitor center for the area.

Whether you’re an expert on these communities or your only awareness of Amish culture comes from tv and movies, you will learn a lot and leave the center more prepared to experience the town.

Among the Amish and Mennonite staffers was Mark, a local Amish man who was extremely candid and knowledgeable and served as my guide for the visit. When the subject of this blog came up, I was surprised to learn that some of the employees had visited my site. Despite having dozens of Amish relatives, I would not have expected that Quirky Travel Guy had Amish readers!

The Behalt is a sight to behold. Also known as the “Sistine Chapel of the Amish and Mennonites,” the Behalt is a massive mural 10 feet by 265 feet that adorns a large circular room inside the Heritage Center. The painting, which took 14 years to finish, goes all the way around the room, providing a 360-degree view of Anabaptist history, dating back to 1525 in Switzerland.

For a small fee, you can step inside the room and see the incredible artwork. Mark’s narrated while pointing out the images on the wall, many of which depicted the struggle for religious freedom that the Amish, Mennonites, and Hutterites experienced over the course of centuries.

Photos of the Behalt are not permitted, but it’s worth seeing. Elsewhere, the Heritage Center offers a 15-minute video that provides a great overview of Amish and Mennonite life, a resource room with genealogy books, and a gift store with novelties and crafts made by local residents. 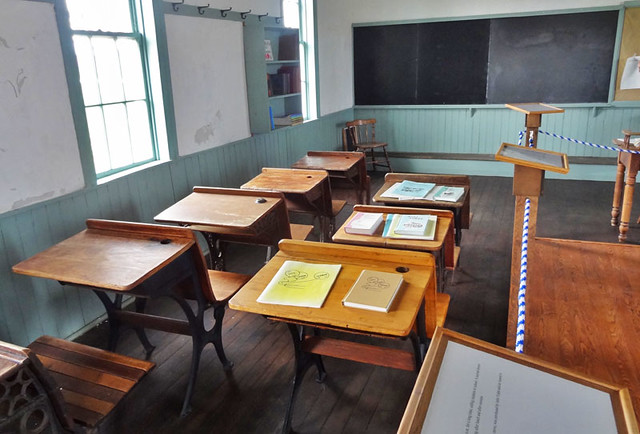 Outside, you’ll have the opportunity to visit a couple of old buildings. One is South Bunker Hill School, which served as a schoolhouse from 1857 to 1951 and shows how a traditional one-room Amish schoolhouse looked.

The other building is a pioneer barn that houses a retired Amish buggy (go ahead and sit inside it) and an old Conestoga wagon that was used to bring settlers to Holmes County.

Attached to the back of the wagon is a contraption full of grease that was apparently used to grease the wheels. Decades later, you can still smell the grease inside. Seeing history is cool, but smelling it brings a whole new level of appreciation to the experience. 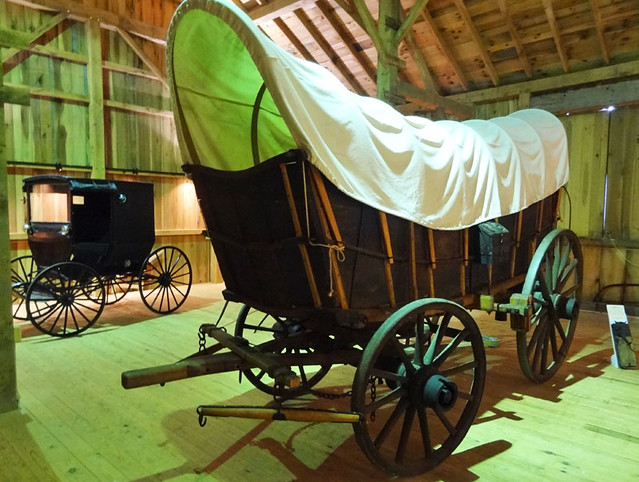 Myths and discoveries about Amish and Mennonites

As for those questions about the residents of Amish Country, here are some of the answers, according to folks at the Heritage Center.

The Berlin / Holmes County region is home to about 38,000 Amish and 11,000 Mennonites, making it the largest such population in America. (Lancaster County, Pennsylvania, which many people think of as the center of U.S. Amish life, has about 31,000 Amish.)

There are many subgroups within the Amish church, with various groups including the Old Order, New Order, Beachy Amish, and Swartzentruber Amish. The Old Order Amish typically do not drive motor vehicles or embrace technology. At the other end of the spectrum are the more modern Mennonites, who may have cars, telephones, and even computers and the Internet.

While it’s commonly believed that all Amish and Mennonites are farmers, Mark said that only about 30% of the Mennonites in the Berlin area farm. There isn’t much open farmland left in the Berlin area, so the locals have to consider other ways to make a living, often by working for local businesses.

The tourism industry has helped in that regard, bringing in millions of dollars to the region and helping to support these communities. 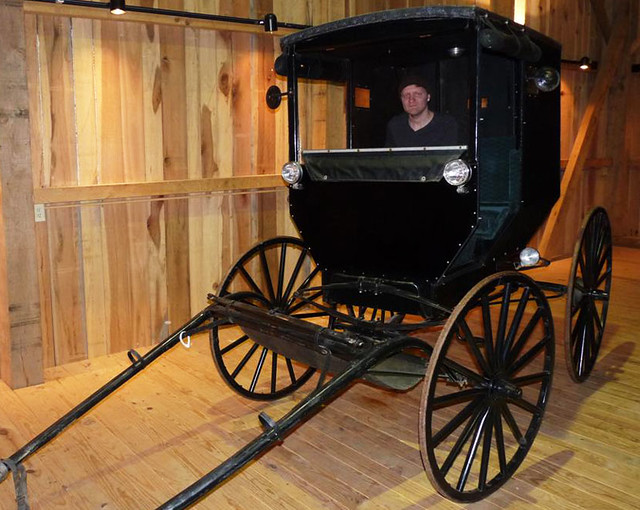 I asked about the practice of shunning. It’s widely-believed that the Amish will refuse to talk to family members who leave the religion. Mark said this is typically not the case. While some limitations may be put in place, such as not allowing the individual to eat a meal with the family, most Amish would not totally shun someone who is flesh and blood.

Shunning can vary depending on how conservative a particular sect is. In my grandfather’s case, he has a pretty good relationship with his Amish relatives. They are cordial when he shows up at Amish sales, although nobody notified him when his brother passed away recently, so the relationship is not perfect.

Regarding television, Mark has seen most of the reality shows, like “Amish Mafia” and “Breaking Amish,” and says they could not be further from reality. The lead character in “Breaking Amish,” for instance, left the Amish more than a decade ago. And that’s just one of many deceptions in the presentation of the program. So watch these shows with a grain of salt. Especially if you tune in to the upcoming drama, “Vanilla Ice Goes Amish,” which is a real show. I kid you not.

As for how the Amish and Mennonites feel about all the tourists, we’ll get to that one in the next Amish Country post, coming Monday.

Note: My visit to Ohio was made possible by Ohio Tourism in partnership with Fahlgren Mortine.