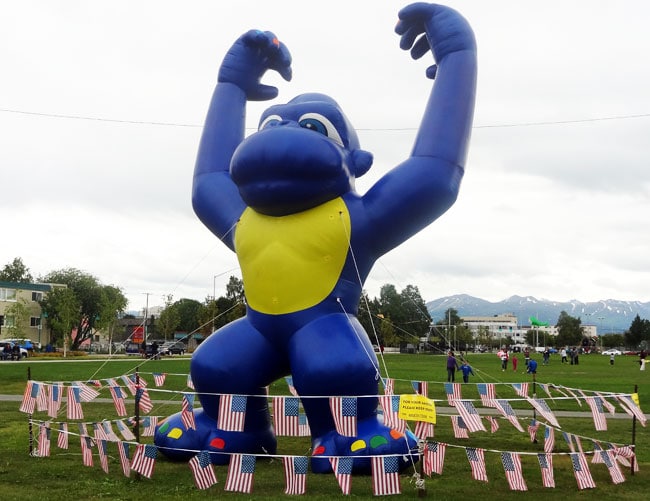 I’ve had some interesting 4th of July holidays over the years. And while nothing can top the redneck 4th I spent in Greeley, Colorado a few years back, this year’s celebration in Anchorage was pretty memorable as well.

We missed the parade while tending to menial tasks like checking out of the hostel and returning the rental car, but fortunately the city hosted an all-day festival at Delaney Parkstrip with children’s rides, food vendors, and lots of giant blow-up balloons.

Like the Statue of Liberty. I know it’s just a balloon replica, but come on – that face needs some work. 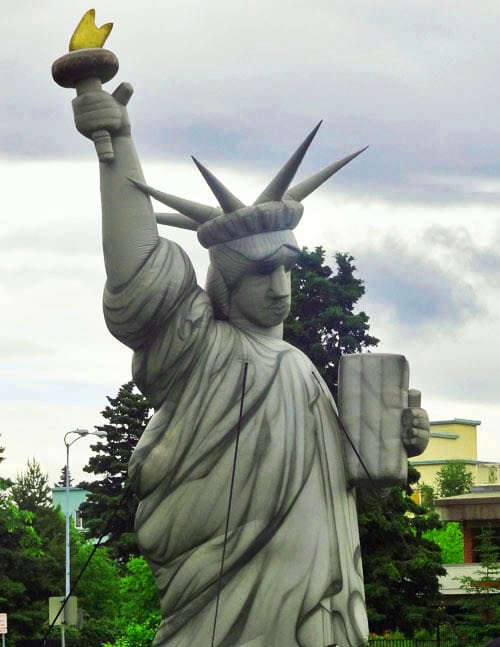 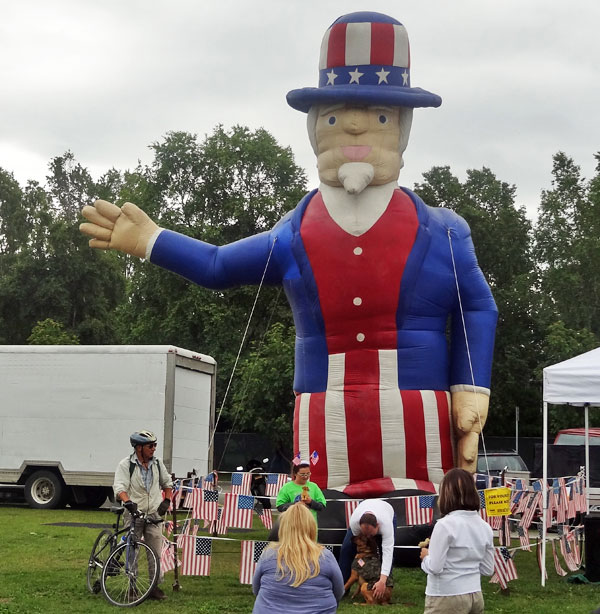 The theme of the event this year was “Welcome Home” to the troops who have served overseas. So an inflatable Marine was appropriate. 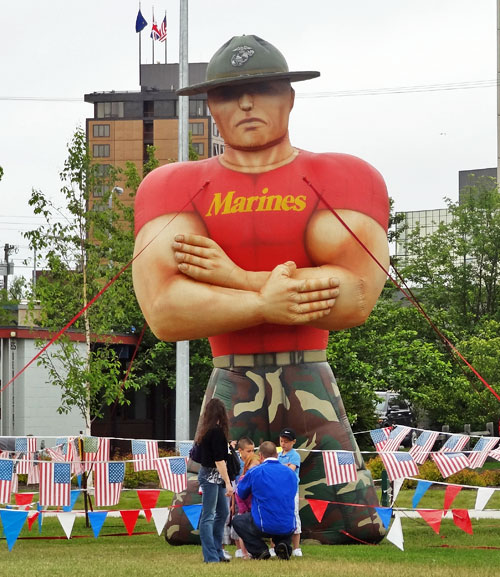 I was interested in the food vendors, because you can often tell a lot about a place by the kind of culinary delights they can offer up at a festival. Anchorage didn’t have anything really unique, like Rocky Mountain oysters or fried Snickers bars, but the fair had a wide range of options, from Caribbean food to Mexican cuisine to classic BBQ. 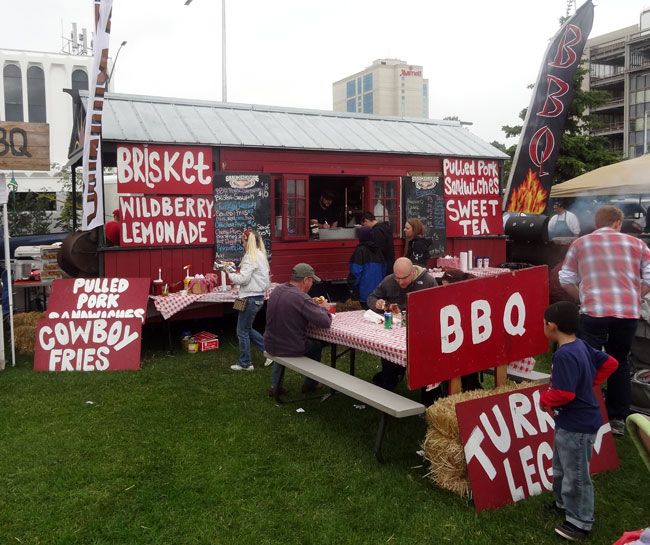 And, of course, no all-American fair would be complete without the funnel cakes. You’re a commie if you don’t enjoy this stuff. 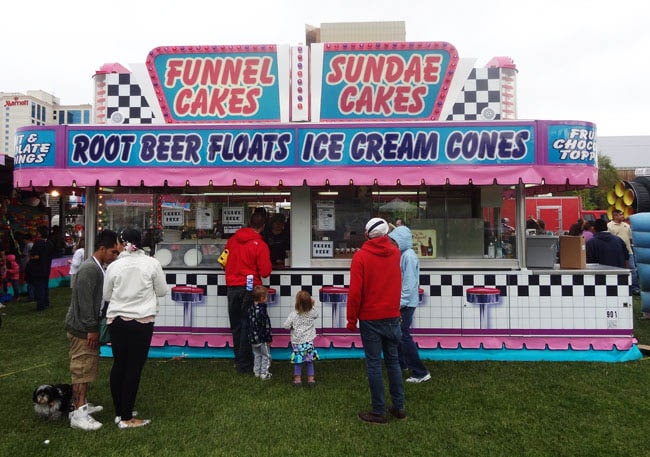 The red, white and blue live music was a must. 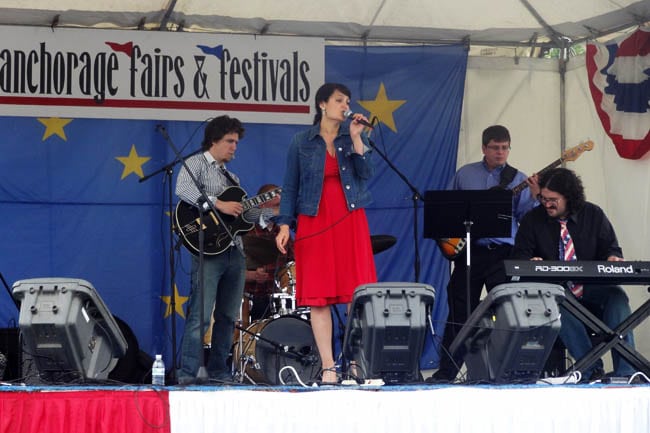 And how about some red, white and blue ice cream to go along with that music? We didn’t even plan it this way… we just like strawberry and raspberry. 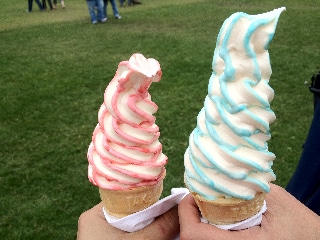 The booths were entertaining. There was one for the Anchorage derby team, the Rage City Rollergirls. I found it awesome that Anchorage has a derby team, but I kept wondering who they play. Do they scrimmage against each other? Or fly all the way to the lower 48 for bouts?

I was going to say hi to the folks at the Anchorage Democrats booth, because I felt bad that no one was talking to them. But instead they closed up shop and left early. You’re not going to win over supporters by throwing in the towel so easily, fellas!

Aside from the booths, this event was mainly for the kids. I was envious of the tykes who got to enjoy a pony ride.

READ NEXT
Welcome to Polebridge, Montana, the Town Without Traditional Electricity 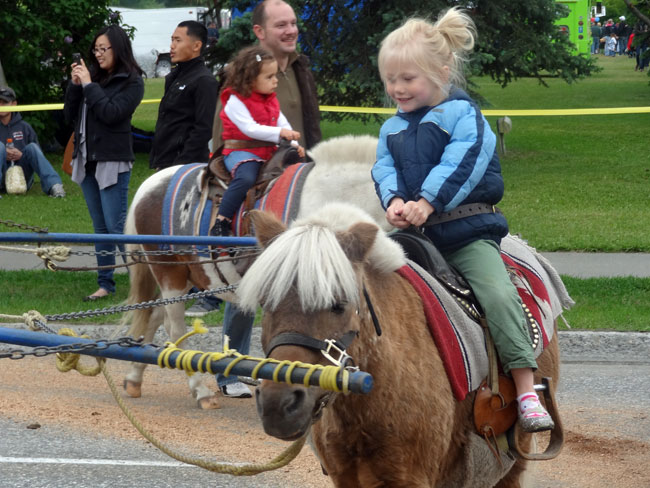 I love the jousting attractions at festivals. The popularity of padded jousting duels may be the one positive, enduring contribution to society of ‘American Gladiators.’ 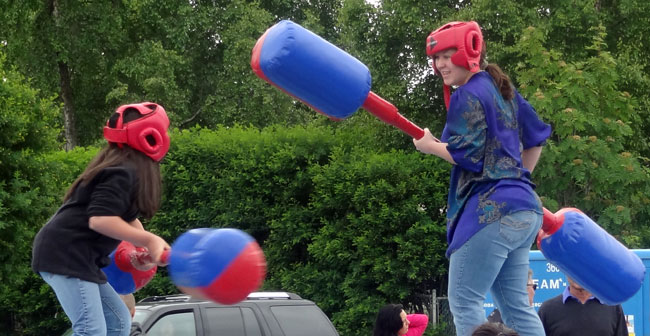 The little ones got to ride with Mom and Dad on temporary slides. 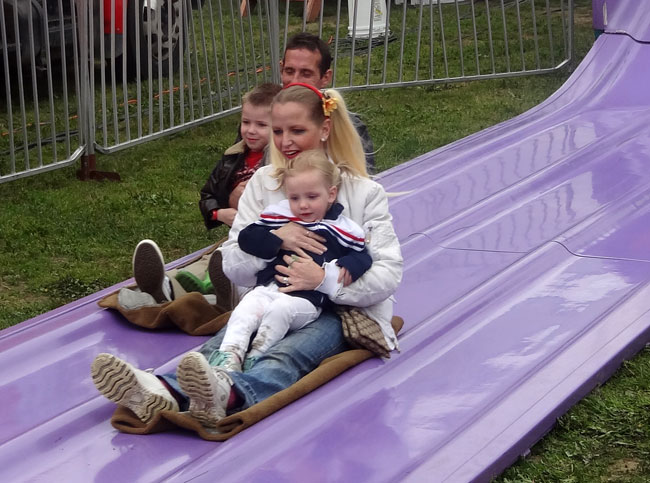 Break a balloon with a dart, win a huge prize. Good deal! I’d choose the blue monster, of course. Because I’m patriotic. 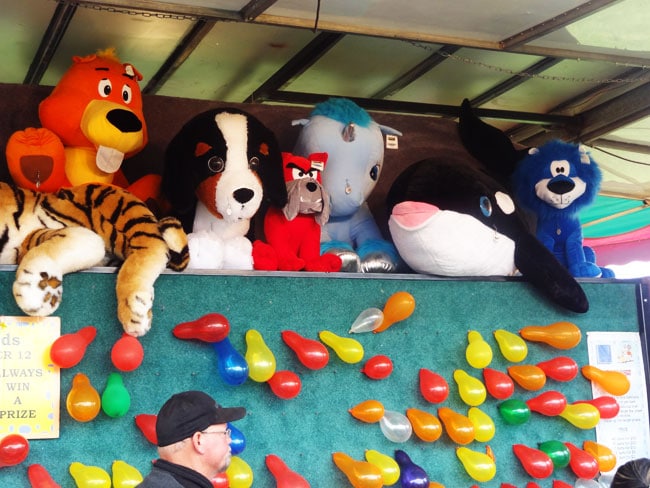 My favorite sight at the Anchorage 4th of July fest was this pooch, who attracted all the attention. If you want to make fast friends at a public event, take your doggy and dress her up like this: 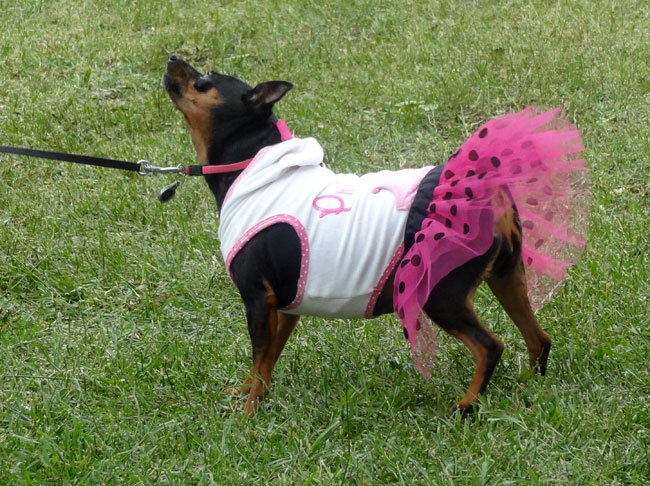 Aside from visiting a couple of quirky attractions that I’ll be writing about at a later time, the 4th of July celebration was our main source of entertainment for the day in Anchorage. I would have liked to spend more time checking out the city, but we had to budget our time to emphasize stuff like glacier flightseeing and camping in Denali National Park, so something had to get the short end of the stick.

Don’t fret, Anchorage. I have a feeling I’ll be coming back here.