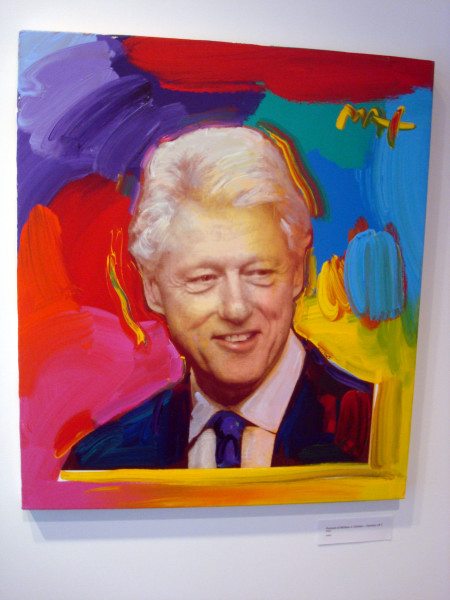 Any presidential library can be an interesting place to visit for those curious about history, but I found the Bill Clinton Presidential Library in Little Rock, Arkansas particularly fascinating.

The building itself is modern, with lots of sharp angles and natural light coming into the place. It also offers a nice view of the city and nearby park from the upper floors.

A lot of the museum focuses on a timeline with detailed information about important events that occurred during Clinton’s presidency. And, yes, subjects like Whitewater and Monica Lewinsky are mentioned. Kudos to the library organizers for being willing to tell the whole story.

(Not every presidential library is equally forthright when it comes to mentioning the less-savory parts of a presidency, but I digress…) 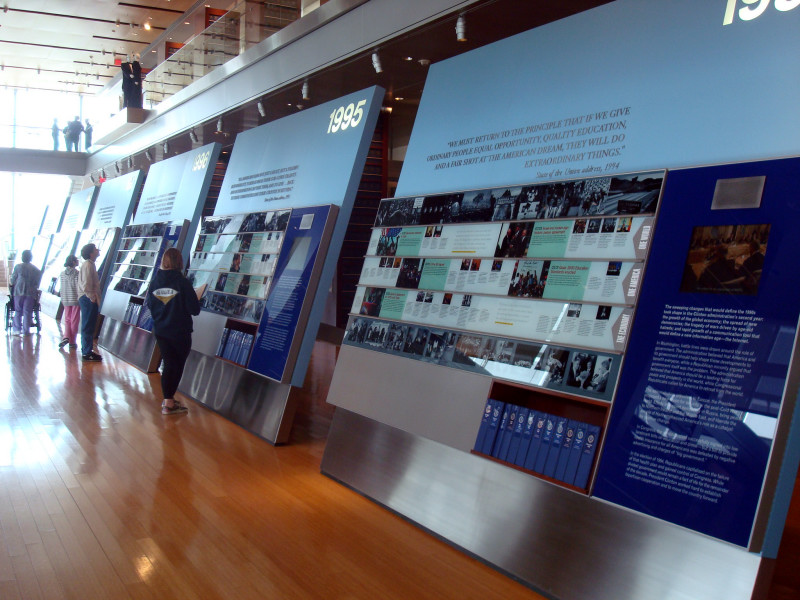 One of the coolest parts is a full re-creation of the Oval Office as it looked during Clinton’s tenure. You’re not allowed to walk inside, but you can peer in and take pictures. 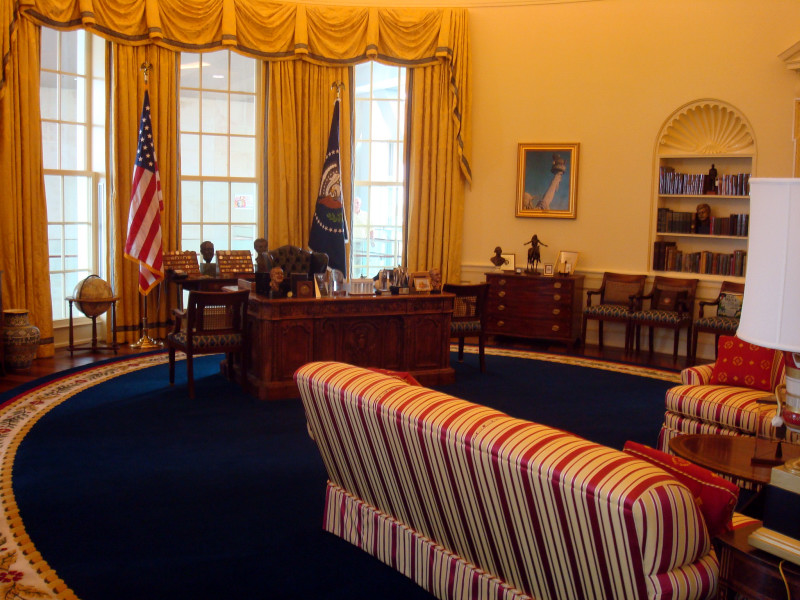 The decision to include a re-creation of the Oval Office is slightly odd because of that whole Monica Lewinsky matter. I’m pretty sure that when everyone sees the Oval Office likeness, their thought pattern goes like this: “Oh, cool, it’s the Oval Office… Hmmm, I wonder exactly where in the room the Lewinsky incident took place?”

Other exhibits include the Presidential Limo, which greets visitors on the first floor; information about the early years of Bill and Hillary; highlights from the Inauguration; and a re-creation of the Cabinet room.

I also like the display cases that feature photos and artifacts, like this one with several of Bill’s saxophones and a portrait of his mother. 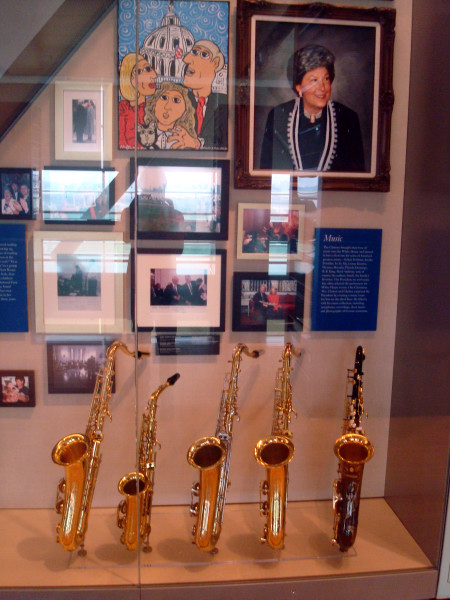 The Clinton Library is open seven days a week. From Monday through Saturday, hours are 9 am to 5 pm. On Sundays, the library is only accessible between 1 and 5 pm.

The facility currently charges a reasonable ticket price of $10 for adults. Seniors, students, and retired military pay $8. Kids between 6 and 17 are charged $5. Admission is free for active duty military and kids under 5.

This site in Little Rock is one of two presidential libraries I’ve written about. If you have a chance to visit Atlanta, you can check out Jimmy Carter’s library. I’ve also written about other presidential stuff, like the Bush family’s Kennebunkport complex in Maine, and the statues of Ulysses S. Grant and his wife in Galena, Illinois.

Have you ever visited a presidential library?

8 thoughts on “Checking out the Bill Clinton Presidential Library in Little Rock, Arkansas”