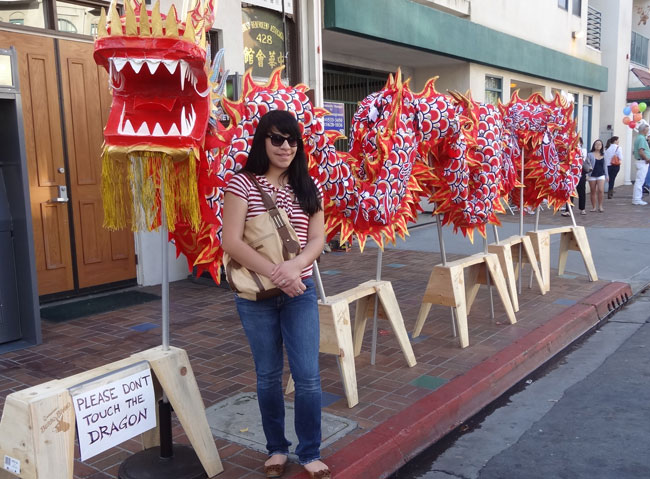 Oh snap, it’s the year of the dragon! The Chinese New Year officially began on January 23, and lucky for me, I was in San Diego over the last weekend of January during the city’s annual Chinese New Year Food and Cultural Fair.

I love cultural events like this. Various performance acts took the stage throughout the day, including these eye-catching slithering dragons that were like giant puppets with humans inside them. 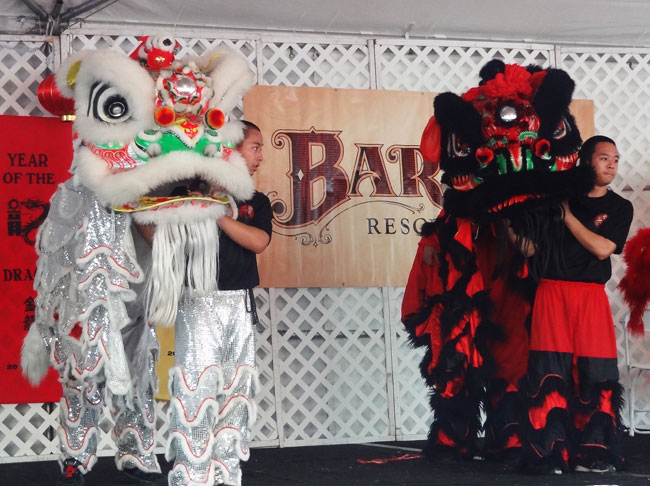 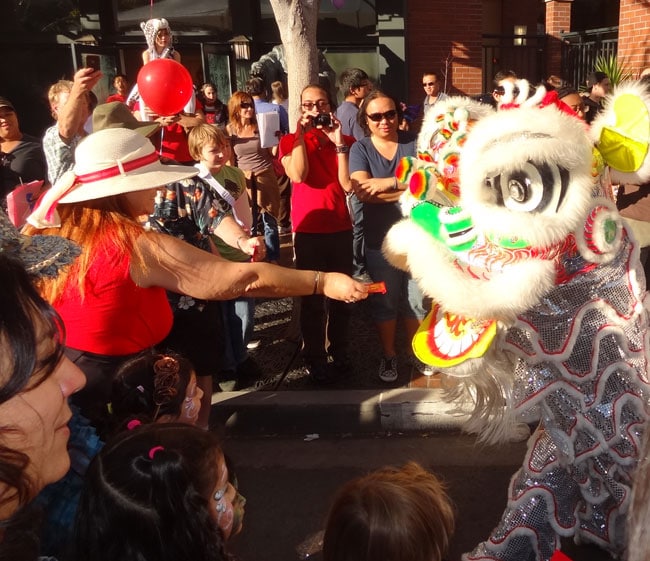 This group of Chinese ladies provided traditional song and dance. I really enjoyed their harmonies and their matching outfits. 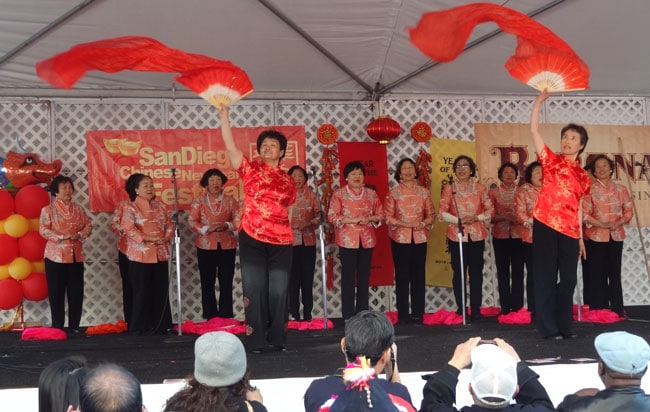 The host joked that their average age was 27. More like 77! It’s great to see older generations doing their best to pass on their cultural traditions. 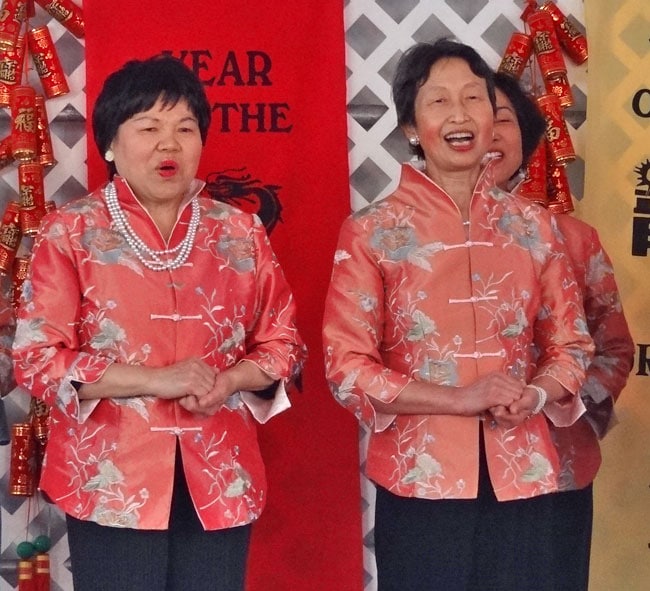 A lot of visitors had fun with this statue of the first Chinese emperor, Qin Shi Huang, outside the Chinese Historical Museum. 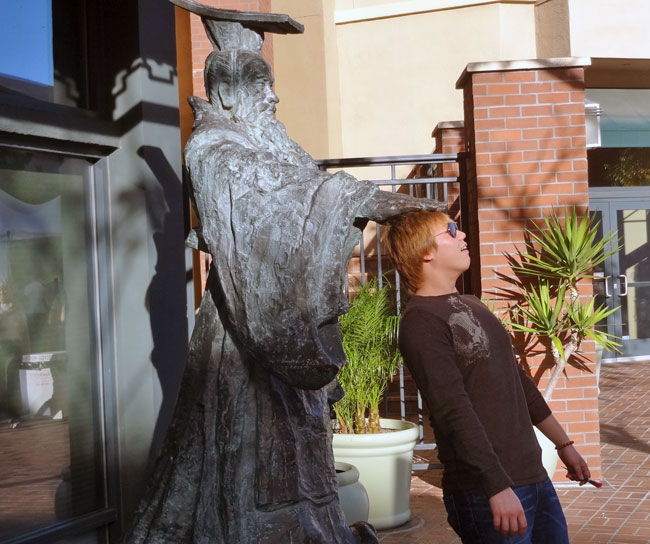 Purchase your favorite animal trinket. Or your own Buddha. There were various types to choose from, depending on which qualities are most important to you. Would you prefer Happy Buddha, Money Buddha, or Longevity Buddha? (I want all three!) 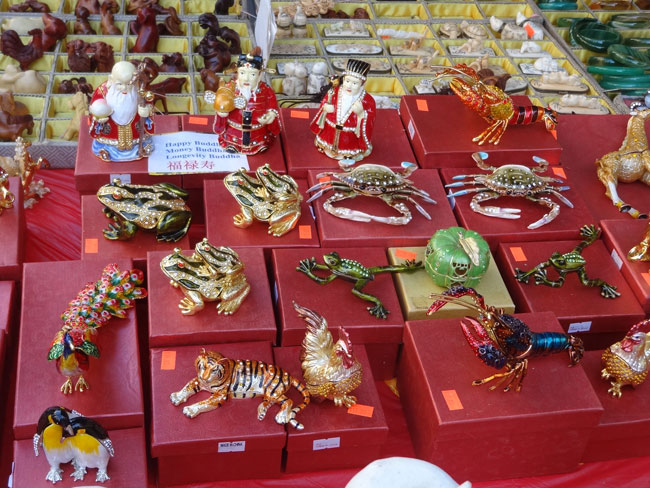 The Chinese New Year celebration in San Diego was a family-friendly event. This cowgirl enjoyed herself. 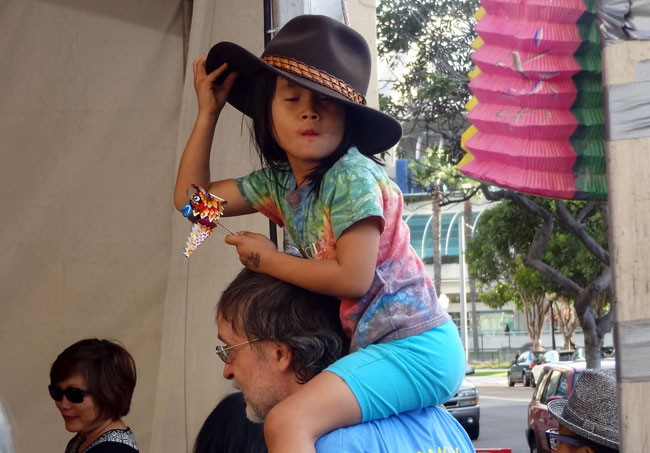 So did these girls. 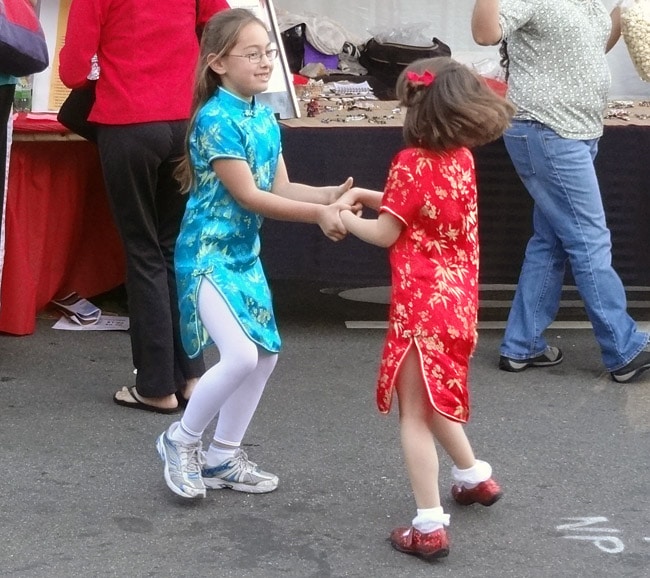 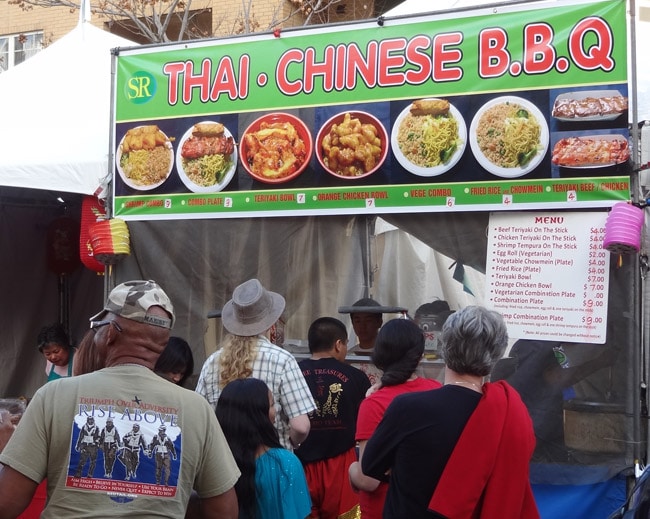 A look behind the food tents as two women cook up something special for the lunar new year. 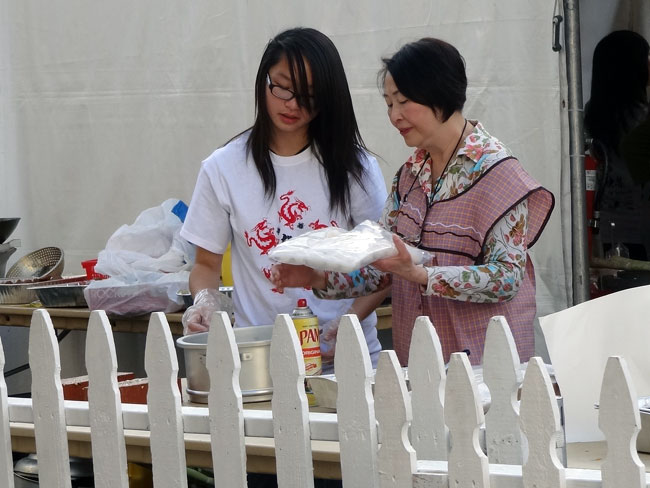 The Naruwan Taiko Drummers were like an ethnic Blue Man Group, beating out intoxicating rhythms on a number of large drums. 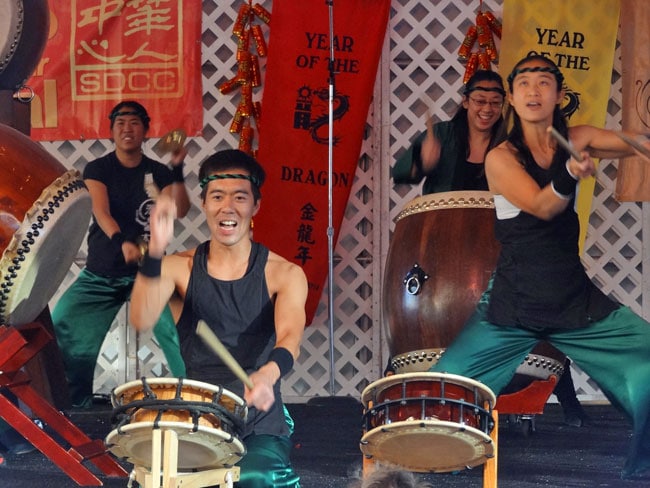 The drummers had everyone enthralled. Except the girl in the glasses, who found me more interesting. I’m a looker, I suppose. 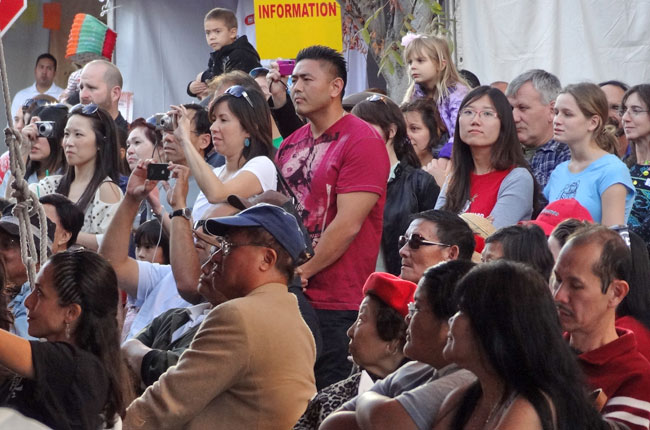 The fair takes place each February in downtown San Diego, on Third and J Street. The two-day event attracts more than 25,000 people. It’s presented by the Chinese Consolidated Benevolent Association (CCBA) of San Diego and has been held annually since the early 1980s.

Check out a short clip of some of the performances from the San Diego Chinese New Year celebration.

For more fun in San Diego, check out the famous kissing sailor statue, the Maritime Museum, and the legendary San Diego Zoo.