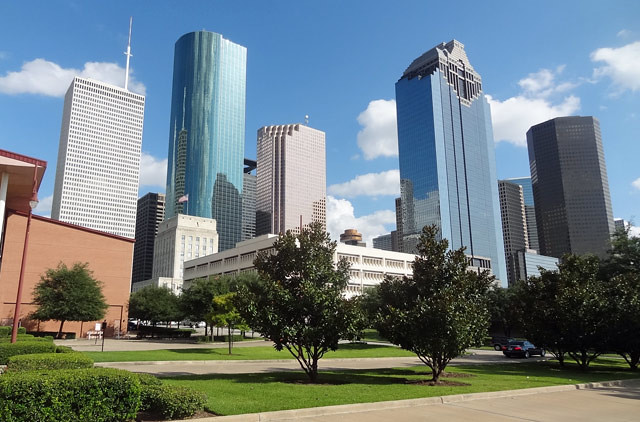 The Rothko Chapel was an unexpected find in Houston, Texas. The dark, quiet museum-like room ended up being one of my favorite things about the city.

Houston is interesting. It’s the fourth-largest American city, behind only New York, Los Angeles, and Chicago, but you never hear about people taking vacations in Houston like you do in those other cities.

Most people don’t really think of Houston as being known for anything in particular. When I think of Houston, the things that come to mind are the Astros, oil, and oppressive heat.

Where’s the culture, the unique character, the cosmopolitan side? I wanted to find out.

In talking with my hosts and reading Yelp reviews, I discovered that most of Houston’s museums didn’t meet my needs. There’s a health museum and a weather museum, both of which might have made for great Quirky Attraction posts, but reviews indicated that both facilities were outdated and underwhelming.

There’s the Menil Collection, a private museum that houses more than 17,000 pieces of art. That museum has fantastic reviews, but it doesn’t allow photography, and that is a policy up with which I will not put. I actually did stop in for a few minutes but was turned off by the stalkerish security guards in every single room. Yikes.

Houston has an art museum, a zoo, an aquarium, and a nature/science museum, but those are a dime a dozen – every city has those. Other promising options (the San Jacinto Battle site and the NASA Space Center) sounded awesome but were too far outside of the city limits since I was traveling without a vehicle and relying on public transportation.

On the plus side, I did encounter a terrific light rail system and numerous produce gardens, both of which excited me since not every city has those. Houston, you just scored a few cosmopolitan points, well done! That gave me hope that there was at least some level of artsy-ness in the city.

So what was left in terms of cultural attractions for me to visit? One spot remained: I ended up at the Rothko Chapel.

The Rothko Chapel was described to me as a weird dark room where people go inside to sit around in silence. For several minutes, or even hours. The Yelp reviews were wildly mixed, with some calling it a total waste of time and others calling it a great place to meditate. It’s officially a “chapel,” but there wasn’t any obvious religious aspect to the building.

Though I was intrigued by this unusual place, as I walked over and opened the plain black doors, I couldn’t imagine myself staying inside for more than five minutes. But a funny thing happened once I entered and took a seat on the bench, staring at one of the 14 massive black paintings on the walls: I closed my eyes and suddenly didn’t want to leave.

The only sounds were the occasional footsteps of new arrivals, some exhaling of deep breaths, the very faint buzz of an air conditioner. Some people removed their shoes and sat yoga style, taking advantage of the pillows and mats on the floor.

In our culture, complete silence is rare and welcome. So while it may sound bizarre that people show up to a place merely because it’s quiet, that’s the reality here. I sat and contemplated childhood friends, summer camp memories, the gray patch of facial hair that no one has noticed yet because it blends in with my beard, and which I will deny the existence of should anyone point it out.

As I meditated on these subjects and others, I did not want to move. When I finally pulled myself away and headed home, I was confused. Did what I just experienced qualify as “culture?”

I’m not still certain. All I know is it was a fulfilling experience.

More Museums and Culture in Houston

I had no problem finding culture in Houston once I stopped trying so hard. The Art Car Museum was a funky facility with all sorts of creatively-decorated vehicles. 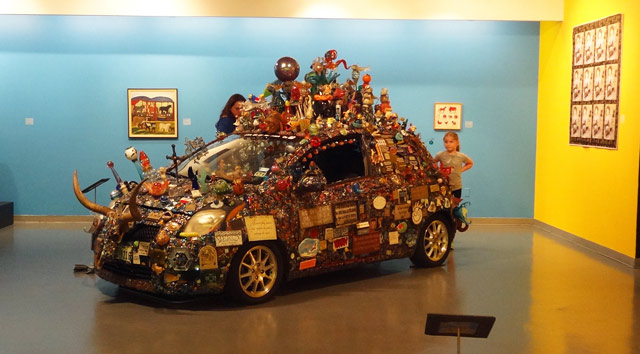 On my way there, I encountered the Presidential Heads and Beatles statues in a parking lot behind a Target department store. 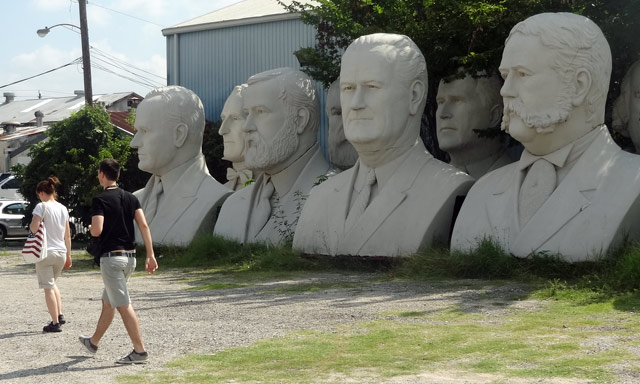 Wandering through different neighborhoods I discovered a great collection of food trucks, some permanent art installations, and a couple of bright murals. 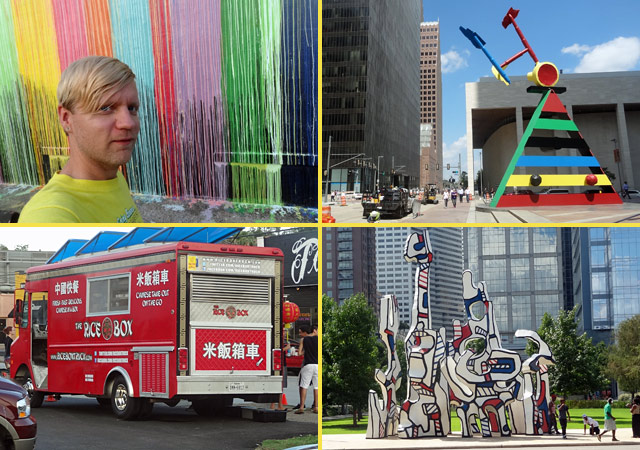 And later, on the last evening before my departure, I headed to Hermann Park to kill time and happened upon a free Shakespeare play in the outdoor theater. That ended up being one of the coolest experiences of the entire trip because it was totally unplanned but thoroughly entertaining.

Ultimately, I found what I was looking for in Houston. 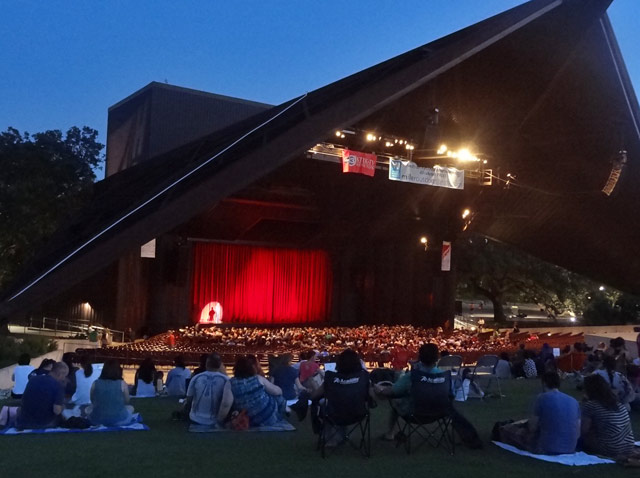 For more on the city, check out more silly search for alligators in Houston, and visiting Chase Tower and the underground tunnels downtown.