Bourbon Street during the day is a slightly different experience than partying there at night. But not by much. There’s still lots of drinking, bar hopping, and crazy behavior!

My first glimpse of weirdness came when I turned a corner and spotted four dudes in front of a store wearing red dresses. Hmm, that’s interesting!, I thought. I admire people who live by their own rules, and New Orleans has a reputation for being a wild and crazy city, so I didn’t think much of it. 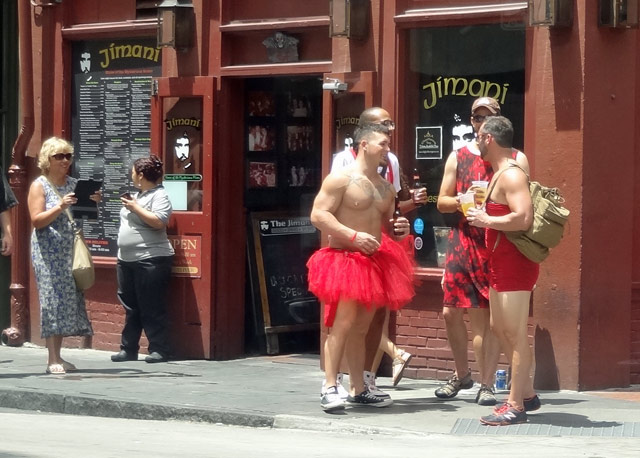 Little did I know what I was in for. Not five minutes later, this was the scene I encountered: 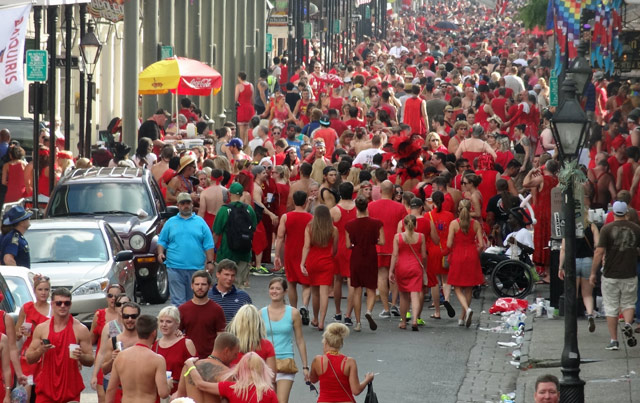 Thousands of revelers, male and female, all wearing red dresses as they partied in the French Quarter. Bourbon Street is always out of control, but I had unwittingly stopped by on the day of the Red Dress Run, an annual fundraiser where participants wear red dresses and jog through the streets to raise money for breast cancer research.

Following the morning jog, many of the runners headed straight to the bars of Bourbon Street to get their drink on. So I had to compete with them for the attention of bartenders and for prime space on outdoor bar balconies.

As an adult male, I never thought I would get weird looks for not wearing a red dress. But my lack of red-ness on this day made the oddball. 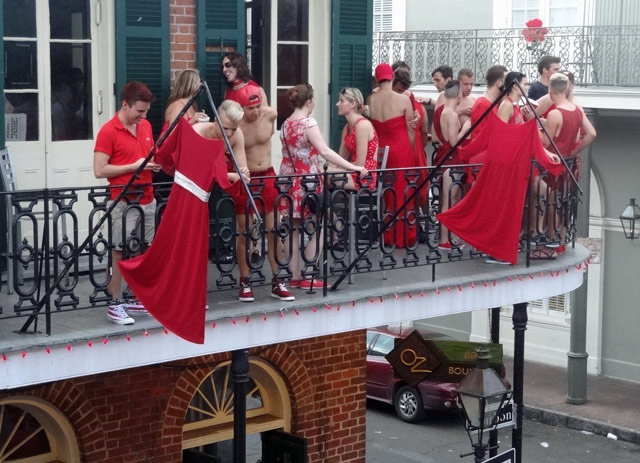 New Orleans is fun because you can drink alcohol on the streets, as noted by one of my favorite comedians, Hannibal Buress, in his funny bit about the city. You order your drink and receive in a plastic cup, and then you’re free to wander around town and go into other bars if you like. 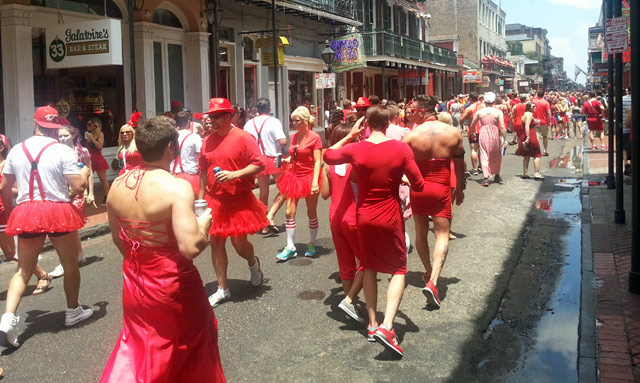 Visiting Bourbon Street During the Day

There are alcoholic slush machines inside a lot of places, tempting passersby with flavors like Appletini, Antifreeze, Hurricane, and Sangria. 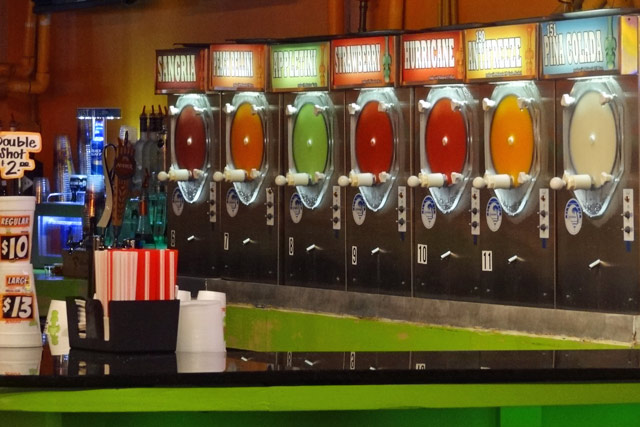 At one point, I had a half-full drink in my hand and went into a new establishment. Downstairs was fairly empty, so I headed upstairs. There were only a handful of people at the bar, but the bartender wasn’t giving me any attention. So I just went out to the balcony.

I sat there chilling, chatting with strangers, enjoying my drink that I had paid for at a different bar. I never even placed an order at this bar, but I got to sit on their balcony for half an hour and watch the madness on the street below. Score! 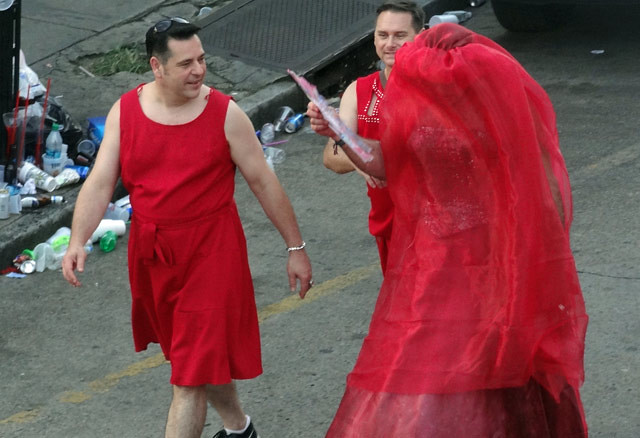 I wandered through Bourbon Street at night as well, but it was a bit more raucous and felt just a little bit too wild for my taste. But day drinking allowed me to partake in the madness of New Orleans and still get to my hostel for an early bedtime.

The next time you’re in New Orleans, remember: day drinking is where it’s at.

Some people prefer to visit Bourbon Street during the day, because it feels safer to be out in the daylight. It’s not quite as crazy at it is at night, but it’s still plenty wild in the afternoon. So don’t be shy about doing some daytime bar hopping when you’re in New Orleans! 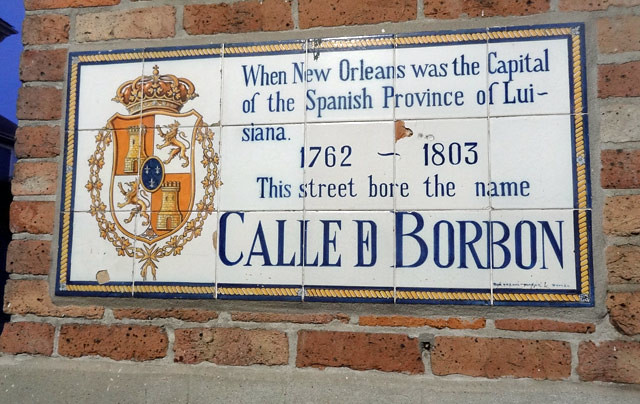 And since it seems a lot of people are wondering what to wear on Bourbon Street, just dress as you normally would anywhere else. For the most part, Bourbon Street is not upscale, so you can wear jeans and normal everyday clothes. It’s like a college town atmosphere.

There are a few establishments that are a little fancier, so if you’re more into the upscale life, double check whether those places have a dress code.

While you’re in town, consider also off the beaten path activities, such as the Voodoo Museum, the Pharmacy Museum, Mardi Gras World, the colorful houses of Faubourg Marigny, Marie Laveau’s tomb, and the often-overlooked World War II Museum.

10 thoughts on “Bourbon Street During the Day: What It’s Like Day Drinking After the Red Dress Run”