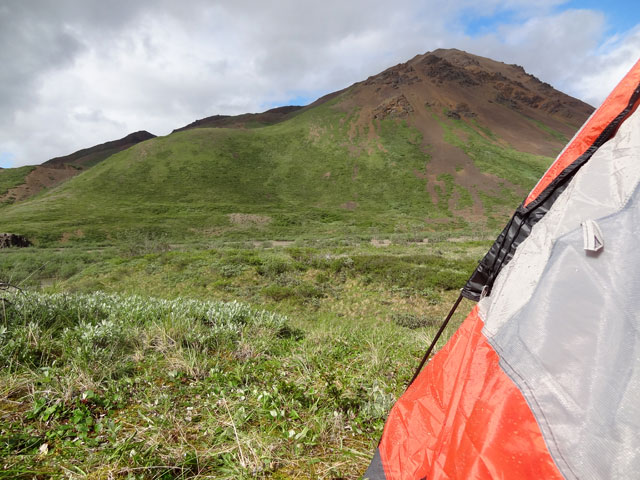 My friend and I nearly froze during our backcountry camping experience in Denali National Park. The weather was the roughest part.

I’ve never seen a place where the weather changes as fast as Denali. It went from warm and sunny to chilly and rainy and back again several times during our three days in the park, making it more challenging to find wildlife.

The process of obtaining a backcountry permit and making it out there took some effort. Before camping in the backcountry at Denali, you’re required to fill out some forms detailing your hiking and camping history and to watch a 30-minute safety video explaining how to preserve the land and stay away from wild animals.

We were first-time visitors to Denali, and that made things a bit more challenging. If you are planning to camp in the Denali backcountry, do as much research as possible before your trip so you can be fully prepared. Read on for advice and suggestions!

RELATED READING: Everything You Need to Know About Camping At Florida’s Dry Tortugas Park

You must arrive at the visitor center by 4:30 pm on the day that your backcountry camping experience begins (or the day before – you can arrive one day early to get the permit process out of the way if you wish.)

We just made it in time (whew!) You’ll purchase your backcountry permit, and then you can nab a ticket for a camper bus to take you to your destination. 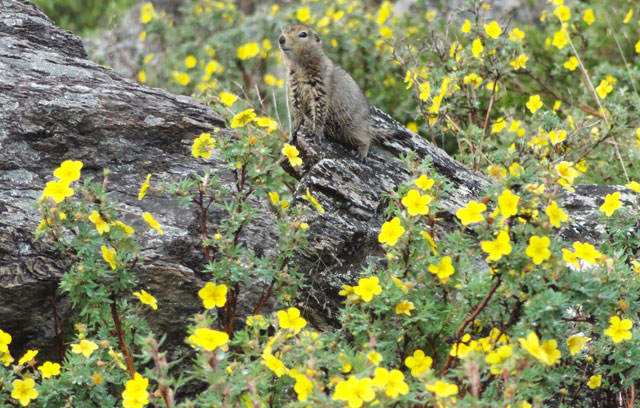 Next, you must view the safety orientation video in its entirety, and then you can select camping unit number. Denali limits the number of backcountry campers to protect its environment. Only a handful of campers can be in a particular unit each night.

Tents must be set up at least a half-mile from the park road, and they cannot be visible from the road. You essentially have to make yourself invisible to the shuttle buses that pass by several times per hour with tourists.

Before coming, especially if you’re a Denali newbie, take a look at the NPS official page for Denali backcountry camping. This page offers helpful tips to guide you with selecting your camping unit. Consider what type of terrain you prefer, your level of backcountry experience, and how far into the park you wish to travel.

The shuttle bus can take up to 6 hours (one-way) to go the entire length of the park, so if that kind of extended voyage is not what you’re after, pick one of the units closer to the park entrance!

Not sure which of the 87 backcountry units you should select? Scroll down this NPS page to view all camping unit maps and get descriptions of the terrain in each section.

Have sturdy backpacks and bring lots of water and food. You’ll be given a bear-proof food storage container at the visitor center, to be used to keep your food and toiletries in overnight. Drop it at least 100 yards away from where you pitch your tent. 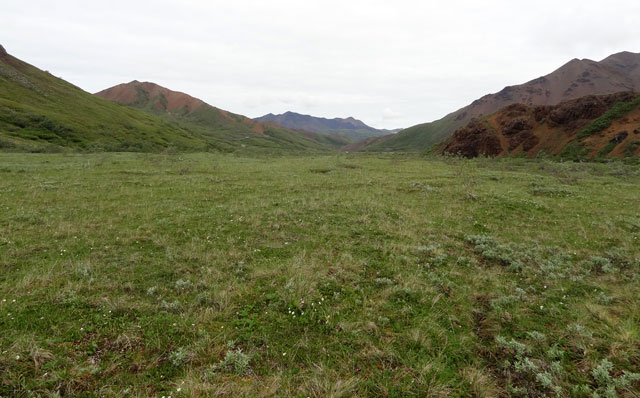 Our Backcountry Experience as First-Time Visitors

When it came to selecting a backcountry unit, we had done some advance research and narrowed down our options, but decided to rely on the ranger’s advice to make the final decision. Bad call.

Our unit, #33, had Stony Creek running through the middle, which was cool. But what we didn’t realize was that on either side were huge hills, with virtually no flat ground for a camp site.

The only flat ground available was within sight of the main park road, which is a no-no. Campers are required to be out of sight of the road so those on shuttle buses don’t see any evidence of your presence.

The map showed a lake at the end of the creek, which I imagined as a brilliant, picturesque setting in which to set up camp. But the map was wrong. The lake disappeared years ago, we later learned. This is the gravel riverbed that stands where the lake was supposed to be.

Ideally, I had been hoping to camp out in a grassy meadow with great views and lots of visibility all around to provide plenty of advance warning if any of Denali’s famous wildlife was heading in our direction.

In retrospect, we should have selected unit #11, which was just to the south of #33. Camping fail! Unit #11 has nice, open fields all around, and some great hiking opportunities that wind around on flat ground between hills.

Here’s a shot from the backcountry, overlooking Stony Creek. At least the views from the hillside were nice. 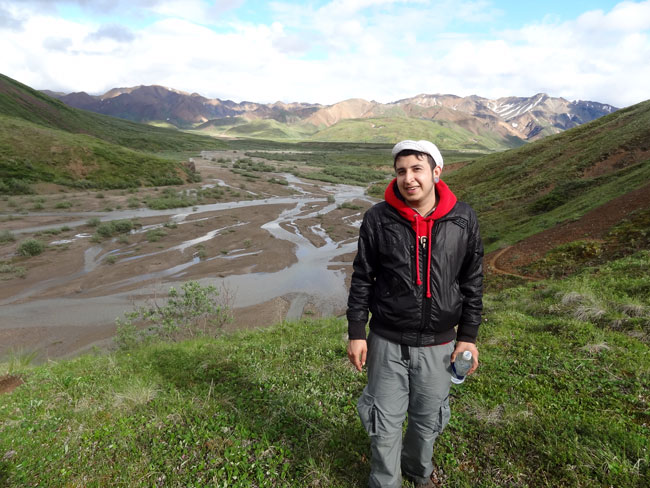 And here’s me, in perhaps the least attractive outfit I’ve ever worn. Camping and hiking are so unglamorous. Don’t send this to the paparazzi.

There aren’t supposed to be any trails in Denali. Rangers make a point of telling hikers to not walk single file so as not to create any walking paths. Yet, in our unit we found a distinct trail that we were able to follow for a few miles as we navigated the ups and downs of the hills and valleys.

We would’ve preferred not to follow a trail, but in our case, since we were traversing a narrow hillside with thick vegetation, following the trail was the only reasonable option.

It may have been a squirrel or bear path, because we saw evidence of both, including piles of what seemed to be bear scat. It looked pretty fresh, but I’m no expert in that area. 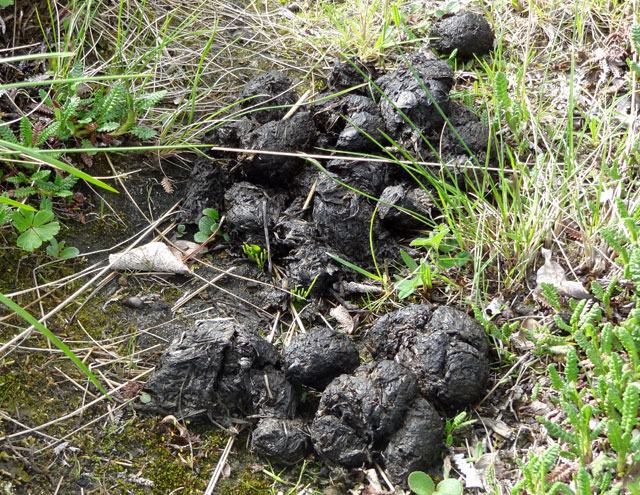 Since there wasn’t an ideal spot out in the open, we were forced to set up camp on a hillside with small ridges in front of us and on the side, and a larger hill behind us. That’s three sides where a bear could potentially wander right up to the campsite without us knowing until the last minute. Not ideal at all!

I like bears and I was hoping to see some from a distance, but I didn’t want them coming that close. Our campsite location made me nervous, so I kept waking up in the middle of the night to peek outside and see if we were still alone.

The one reassurance is that we were armed and dangerous. 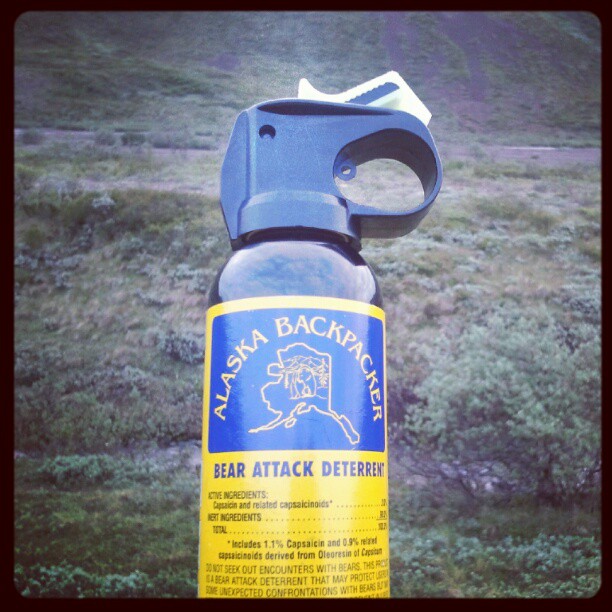 Of course, we survived the night without any additional bear sightings. A much bigger danger was the fact that the temperature got down into the low 30s, which we didn’t even realize until the morning when we discovered that our tent zipper was frozen shut.

The truth is, we probably shouldn’t have been camping in the backcountry since most of our previous experience was tent camping next to the car.

But how can you pass up the opportunity to camp out in one of the most beautiful national parks in the country, with so much wildlife around? We couldn’t. You shouldn’t either. Just think twice before choosing backcountry unit #33.

Would you go backcountry camping in Denali National Park?

12 thoughts on “Denali Backcountry Camping: Our Experience as First-Time Visitors”