It was an awesome bonus when I was visiting and a friend let me borrow a bicycle to check out some of the top Denver neighborhoods via two wheels. Biking is one of the best ways to get to know an urban environment.

So with my second-hand two-wheeler in tow (thanks Cynthia!), I set off to cruise through some of Denver’s streets to check out neighborhoods like Capitol Hill, Speer, Baker, Five Points and Washington Park. 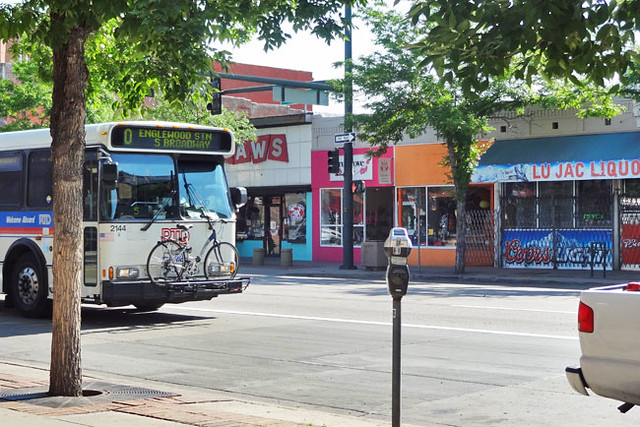 It’s always worth keeping your eyes open for some good street art. I call this one “Psychedelic fish swimming through a forest of electrical current.” 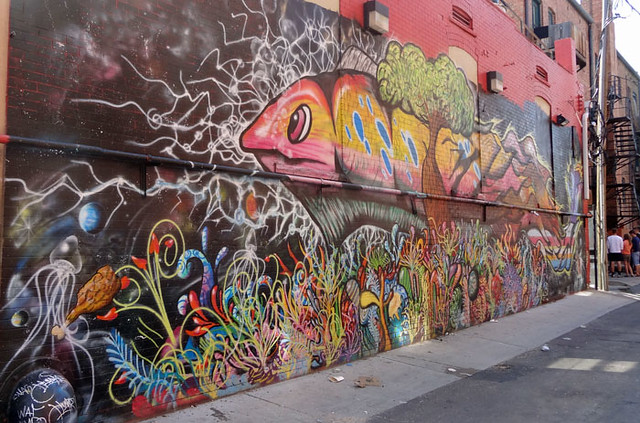 T-Trove Asian Decor is the place to go for all your giant pot needs. I passed this place at least three times and its huge colorful pots kept calling to me. 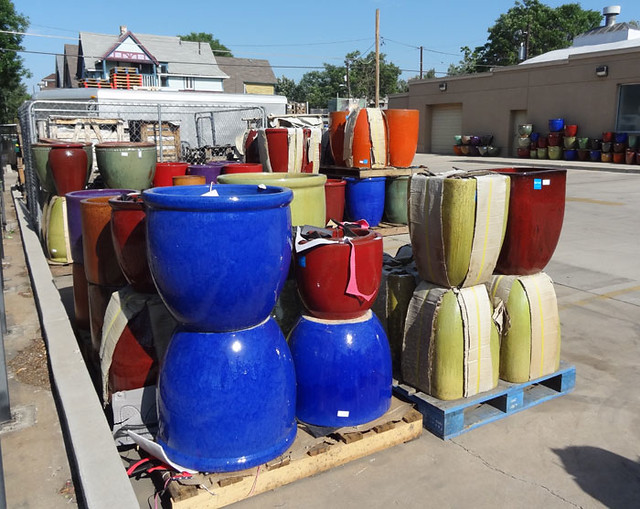 Approaching the state capitol building. Usually big cities like Denver don’t serve as the state capital, so it’s weird. You almost forget that it’s a capital because there’s so much other stuff going on. This is part of Capitol Hill, one of the most-visited Denver neighborhoods. 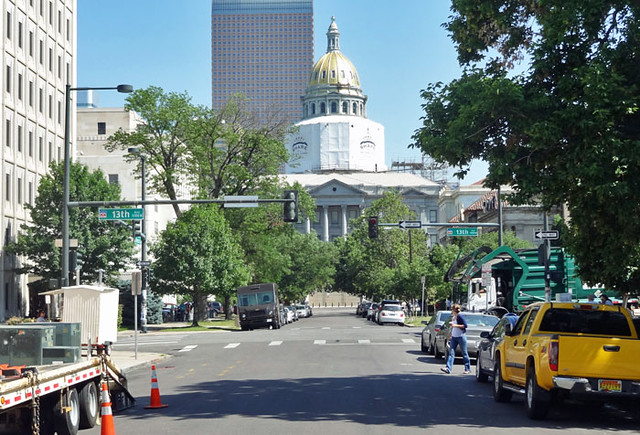 Tourists gather around the steps of the capitol building to take pictures on the step that is marked as being exactly one mile above sea level. 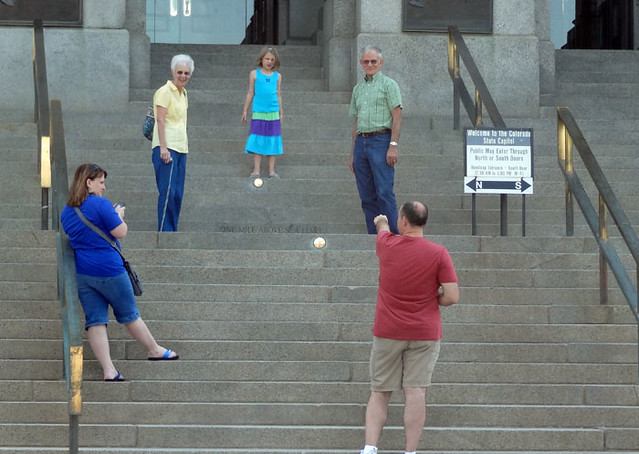 There was some sort of military gathering near a statue outside the capitol. 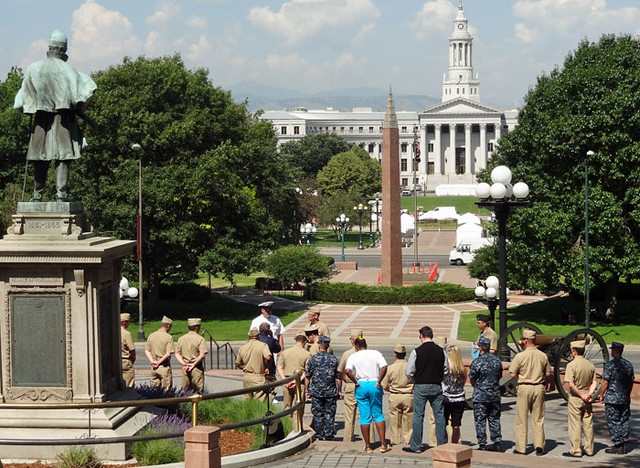 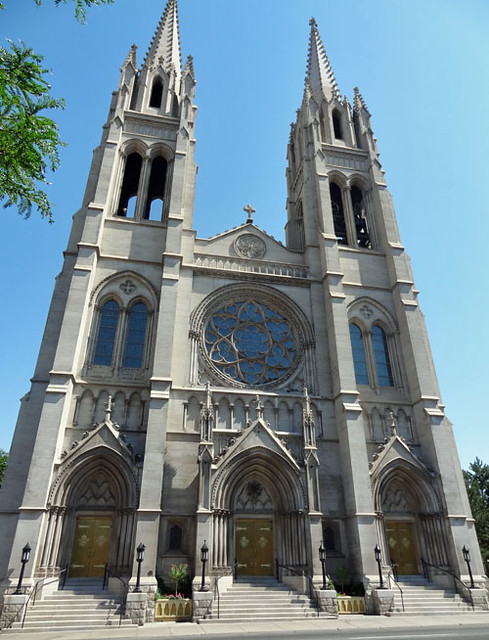 One of the things that struck me about Denver was the abundance of local book stores. Book stores are dying everywhere else, but somehow they’re going strong here. 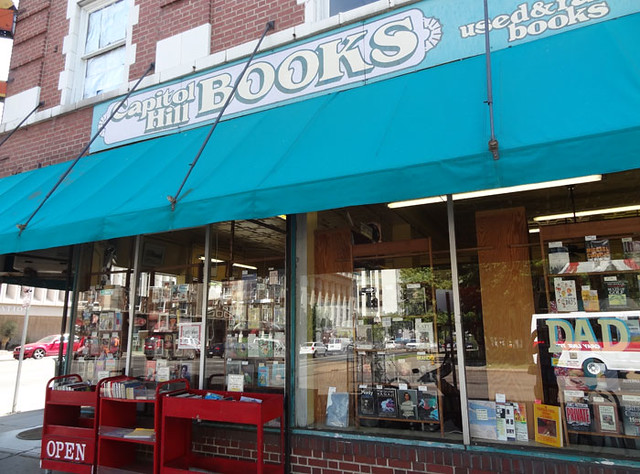 There’s a cool business district on N. Broadway, near where the Baker and Speer neighborhoods converge. Every city seems to have at least one great old theater with ornate designs and the pretentious spelling of the word “theatre.” 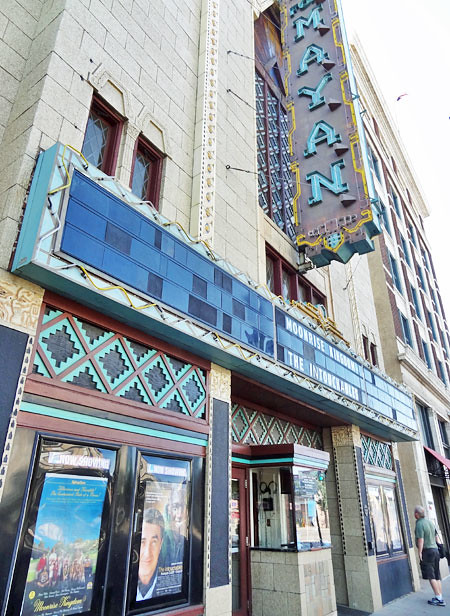 If there’s one thing Denver has plenty of, it’s dive bars. There seem to be a lot of hipster types in the city. Some locals theorized it’s because Denver is the largest city in the entire West between St. Louis and California, so that’s where all the cool people in the surrounding area want to move. 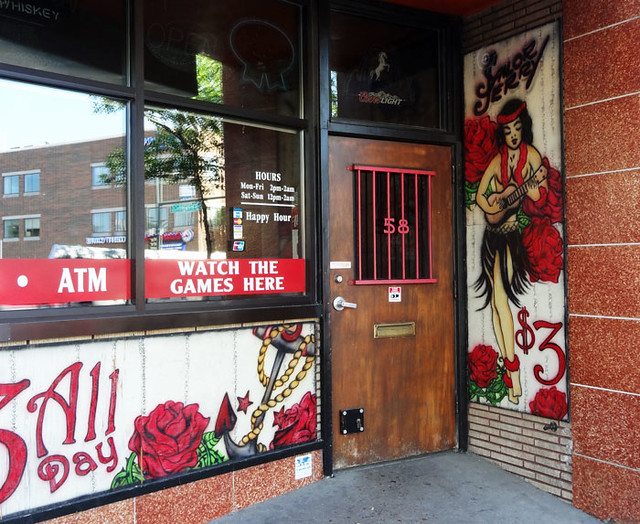 The Barker Lounge welcomes dogs and has one of its own out front. (Sadly, it’s no longer in business!) 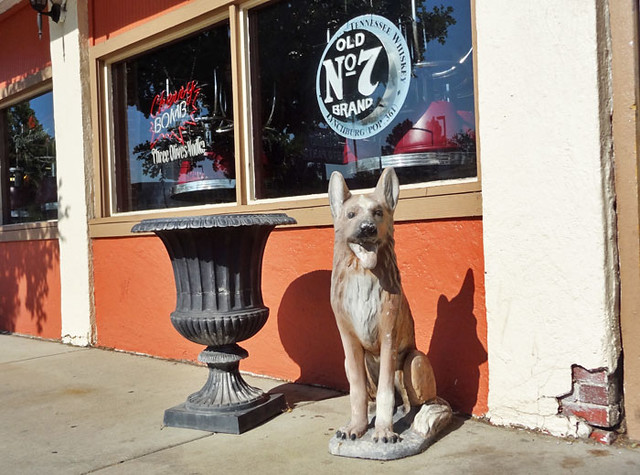 What a coincidence – one of my favorite Chicago bars is called Skylark. And this place is still very much in business!

More dive bars sharing real estate on the same street. I wish Chicago’s dives were clustered together like this. 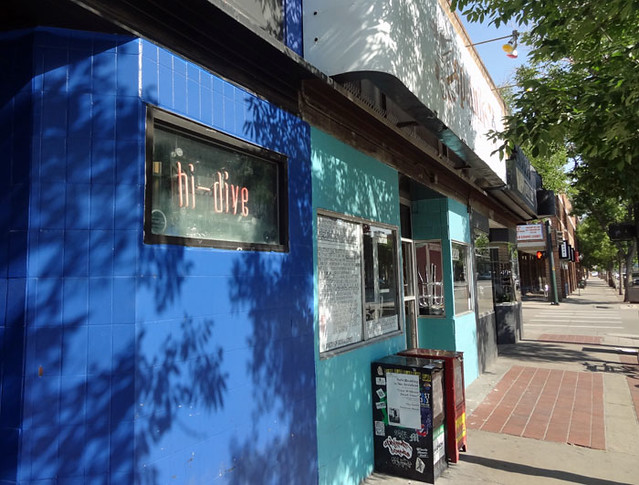 A little more classy than dive bars, breweries are big business in Denver. I’m not a huge beer person but had occasion to stop into downtown’s Wynkoop Brewery. 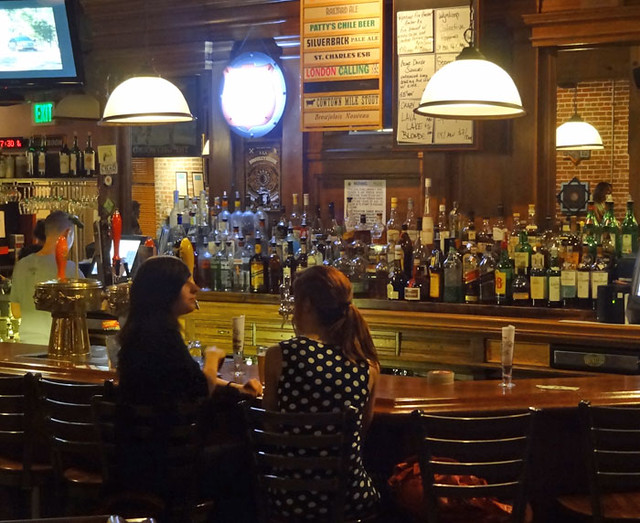 I also did some walking around Five Points, one of the city’s more historic neighborhoods, and Washington Park, which has a huge park for biking and walking in the middle. Then there’s the City Park neighborhood, home to the Denver Museum of Nature & Science.

Check out the totally random exhaust pipe on the sidewalk! 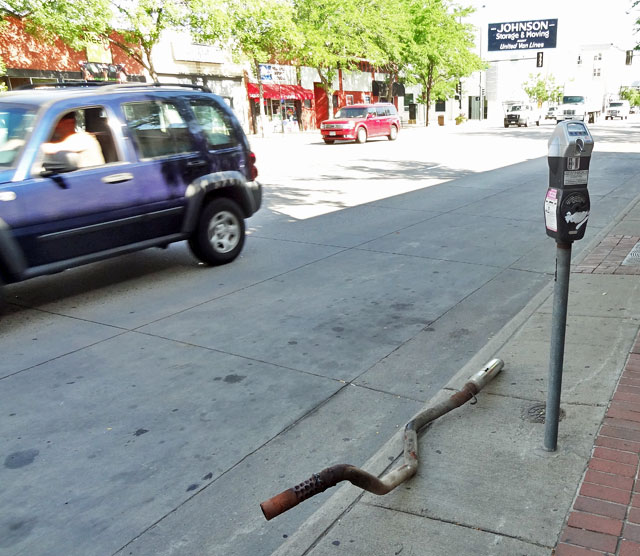 Every time I see a big camping vehicle, I get sentimental about my cross-country road trip. I need a new travel vehicle very soon. 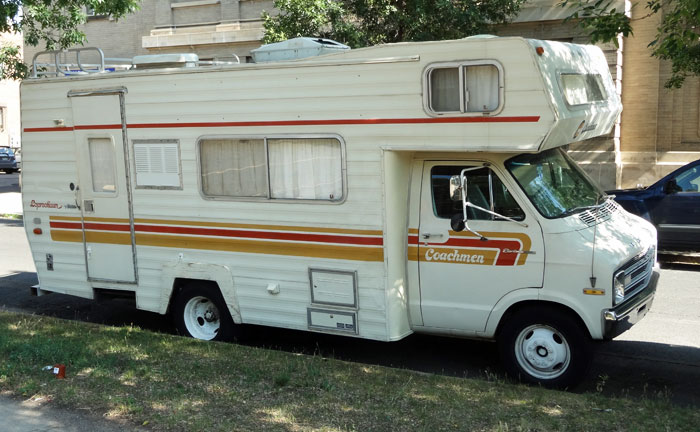 These kids freak me out a little. 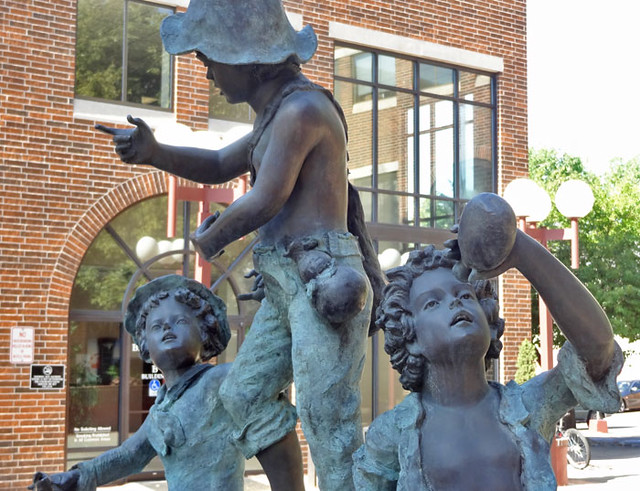 I like Denver a lot and I could see myself living there. It’s a bikable city with comfortable neighborhoods, lots of dive bars and thrift stores, plenty of hipster culture, museums, and proximity to everything the Rocky Mountains have to offer.

I’m sure there are lots of other cool Denver neighborhoods, but unfortunately these are the only ones I had a chance to visit. When I return I want to explore the city more. What are you favorite ‘hoods in Denver?

Note: If you’re up for an epic road trip, check out our article detailing the best driving routes from Denver to Seattle!