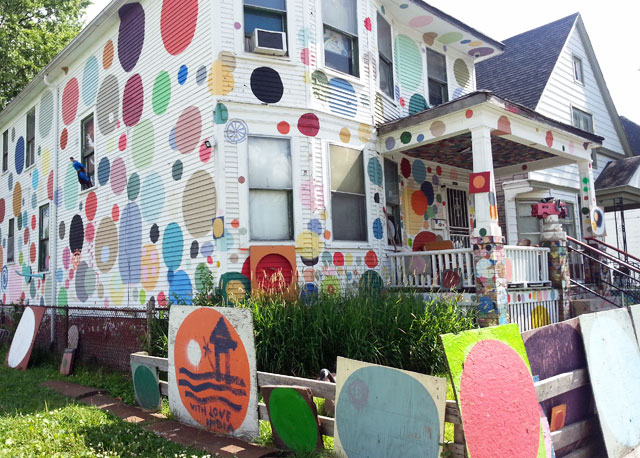 Detroit, Michigan is the place to find the Heidelberg Project, which has been described as a “Ghetto Guggenheim.” In 1986, local resident Tyree Guyton was fed up with the decay of his childhood neighborhood and decided to transform empty lots and abandoned houses into a colorful art environment by using discarded objects like toys, phones, and vehicle parts.

On its Facebook page, the project further explains, “The Heidelberg Project is art, energy, and community. It’s an open-air art environment in the heart of an urban community on Detroit’s East Side.”

The project brings vibrant colors and artistic expression to what had been a depressed part of the city. Today, urban tourists often visit to check out what Guyton has created.

Since its creation, the Heidelberg Project has become known as a must-visit attraction in the Motor City. Just look at these sights. 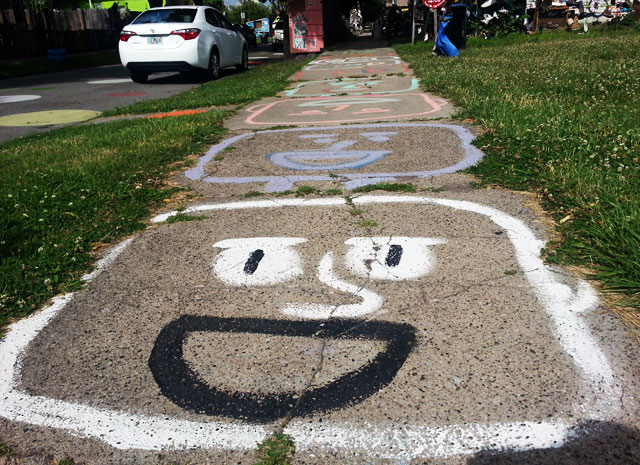 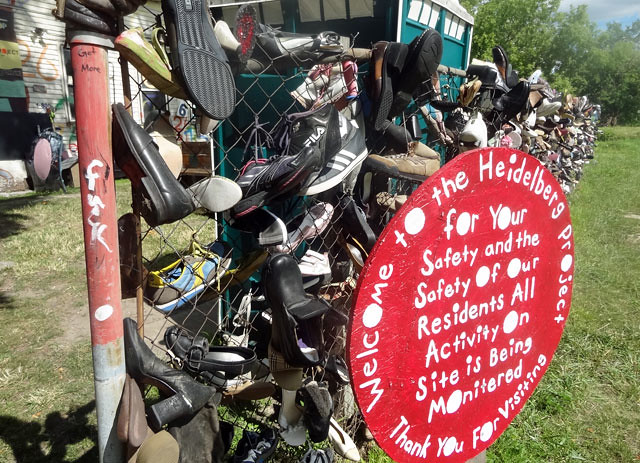 People do live in many of these houses, which makes the project that much more amazing. Visitors are welcome to stop by the site at 3600 Heidelberg Street to see the creations and take photos. Just respect the neighborhood and avoid photographing the residents. 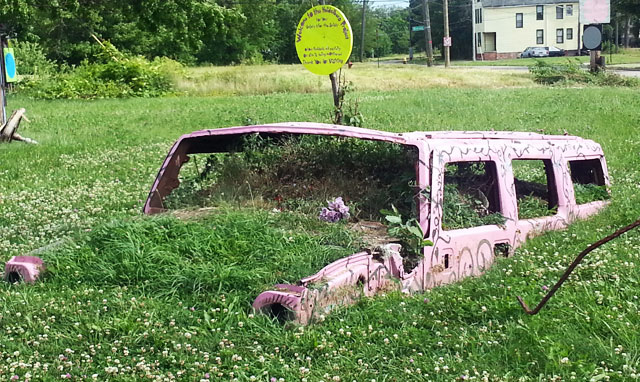 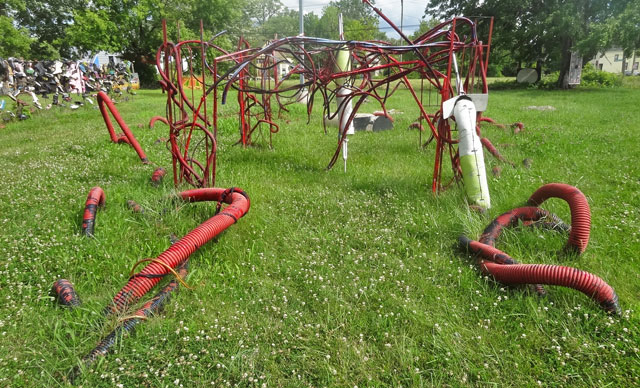 Some parts of the project are interactive. Look who’s on Heidelberg Television! 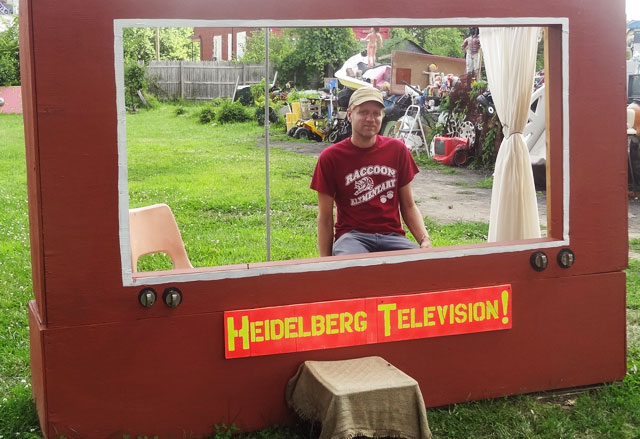 Fans of the project were a bit concerned a few years back when Guyton told the media, “After 30 years, I’ve decided to take it apart piece-by-piece in a very methodical way, creating new realities as it comes apart. I gotta go in a new direction. I gotta do something I have not done before.”

That had folks wondering if the Heidelberg Project would be dismantled and removed. But no, Guyton explained, he just wanted to change things up and get the community more involved, instead of keeping the focus on himself.

He said, “I’m on an elevator, and I’ve taken it from the ground floor up to the very top 30 years later. Now I’m reversing that process, and I’m going to take this elevator down. I’m gonna stop on every floor to look around and see the beauty of taking it apart, and do it in a methodical way, where it becomes a new form of art.”

There is now a Heidelberg project app, which offers virtual experiences and documents the changes of “Heidelberg 3.0,” as this evolution has become known. 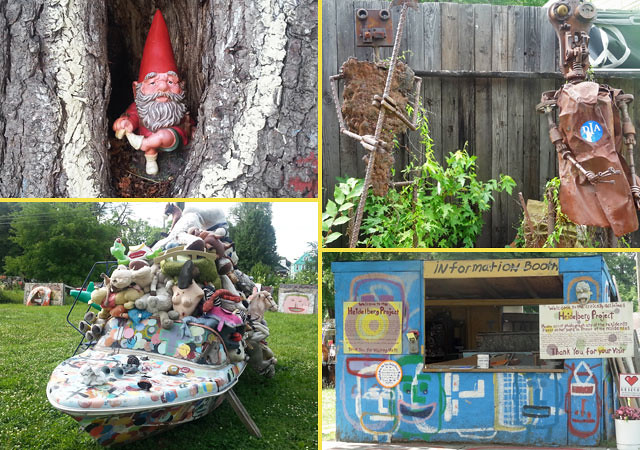 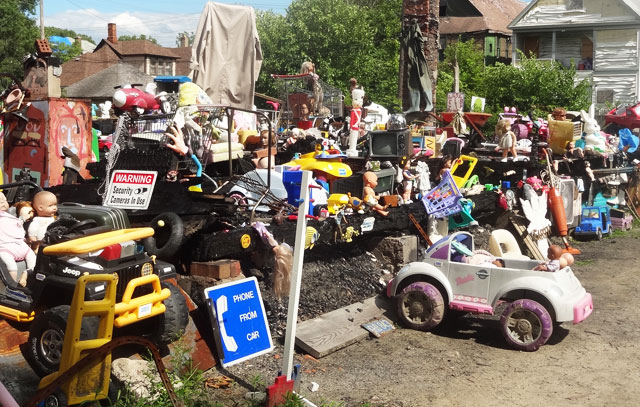 FAQs About the Heidelberg Project

Is it safe to visit this neighborhood?

This part of Detroit is not the nicest part of the city. But you’ll probably be fine if you come during daylight hours and drive yourself (as opposed to taking a bus.) Thousands of tourists come to Heidelberg every year, so it’s not like you will be the only one from outside the neighborhood who is visiting.

Is there a fee to visit?

No, since it’s all public art on a public street, anybody can walk around and explore. Of course, donations are welcome, and they can be made online.

What are the Heidelberg Project hours?

Recommended hours are 8 am to 7 pm. Guests are welcome to take photos for personal use, but are encouraged not to take photos of local residents who may be out and about living their daily lives. 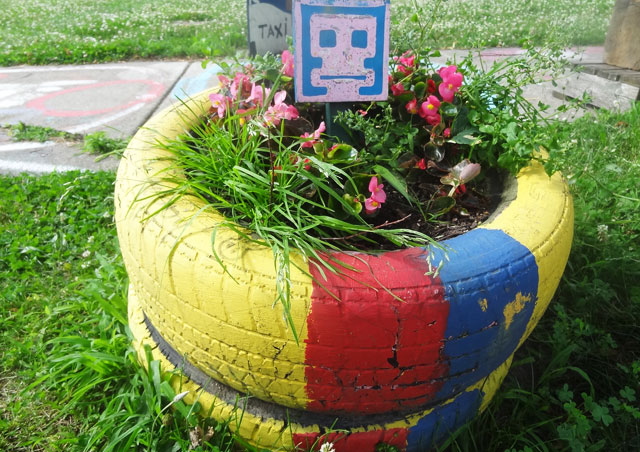 Where can I park?

There is street parking right on Heidelberg Street (on one side). It’s best to park as close as possible to the project, and keep valuables out of sight in your car.

What are the mission and vision of the Project?

According to the project’s website, “Heidelberg Project believes that a community can re-develop and sustain itself, from the inside out, by embracing its diverse cultures and artistic attributes as the essential building blocks for a fulfilling and economically viable way of life.”

Does Tyree Guyton have art for sale?

Yes. He sometimes exhibits his work in various galleries and museums. You can also browse and make purchases on his personal website, www.tyreeguyton.com.

Where can I learn more?

For much more detail on the Heidelberg Project, its history, and its place in the community, visit the outdoor environment’s official website.

And for more Detroit fun, check out the Motown Museum, the Joe Louis Fist Statue, and the Henry Ford Museum. Also check out how I spent one day in Detroit.