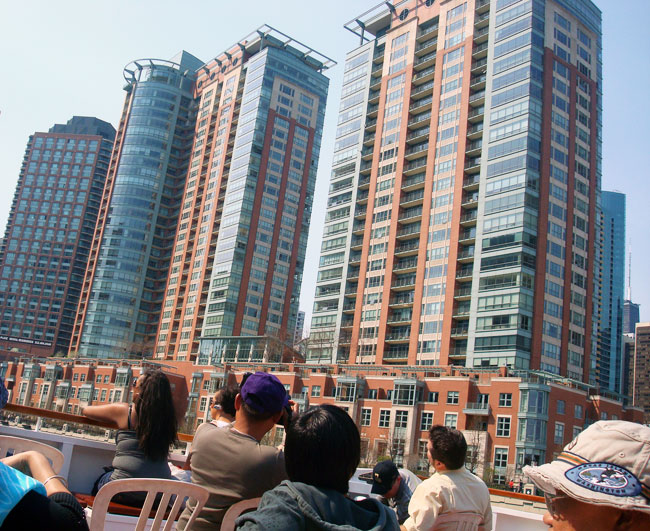 Most tours start on Lake Michigan and work their way into the heart of the city. The Trump International Hotel and Tower is one of the first skyscrapers visitors are likely to see as they sit back and relax on the boat. This hotel used to be a cool sight, although now seeing the building raises a lot of hot-button political issues associated with its namesake. 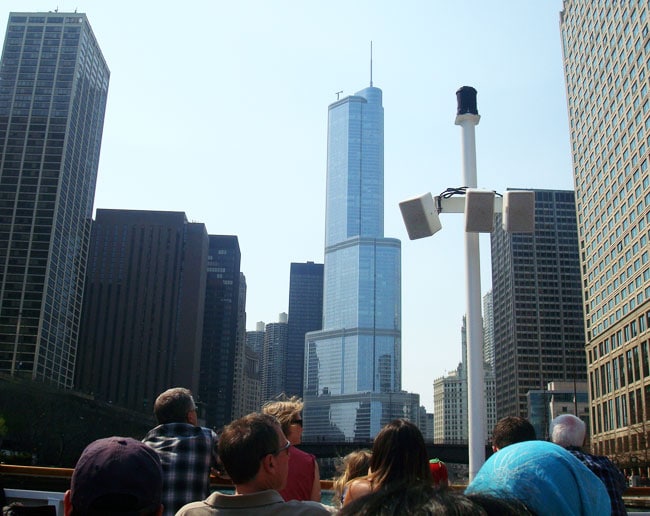 The Wilco towers – the Marina City complex composed of dual cylindrical towers – are even more impressive when you look up at them from river level. 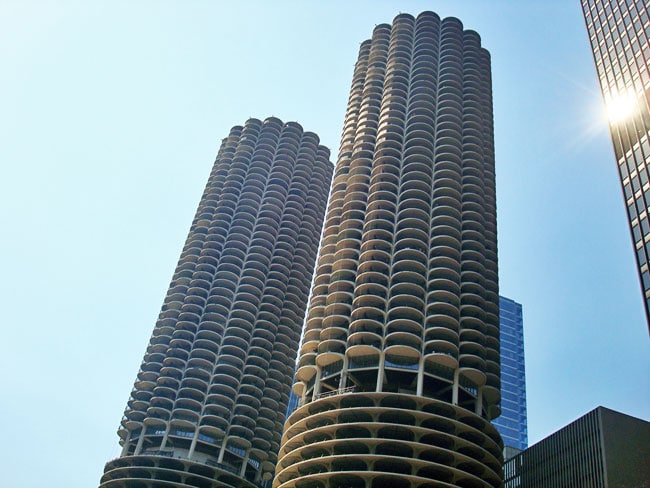 I like how the two American flags add some color and somewhat of a regal appearance to this building. 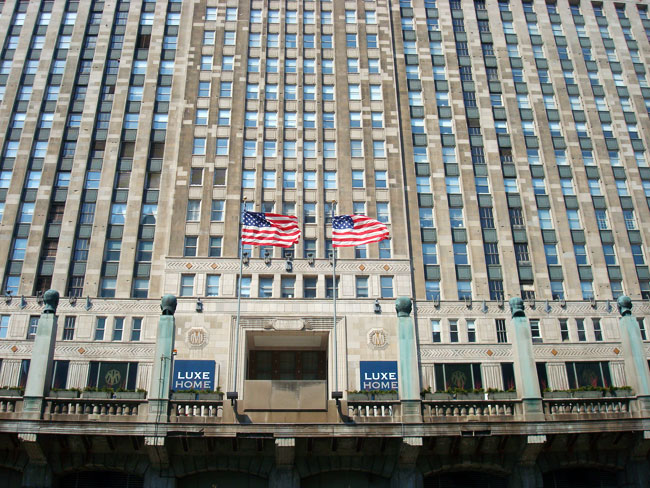 The Wrigley Building has been standing high in Chicago since the 1920s. The giant clock on the south tower is nearly 20 feet in diameter, large enough for people to see it from far away. Cool fact: The Wrigley was the city’s first air-conditioned building. 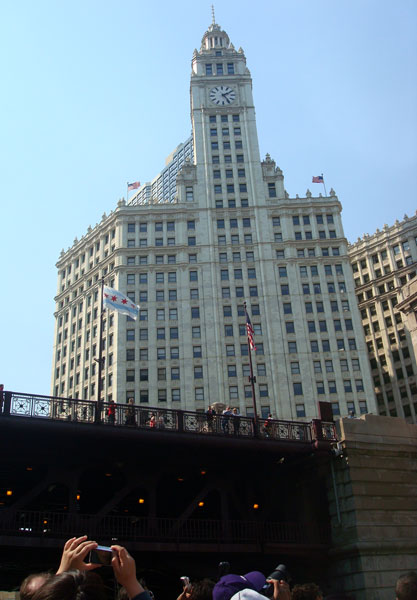 This is my favorite piece of Chicago architecture, the one on the left. It’s called the Carbide & Carbon Building. Constructed during prohibition, the building (according to legend) was nefariously designed to look like a wine bottle, with a greenish terra cotta exterior with a narrow top highlighted by gold accents, which represent the foil on the bottle. Cool! 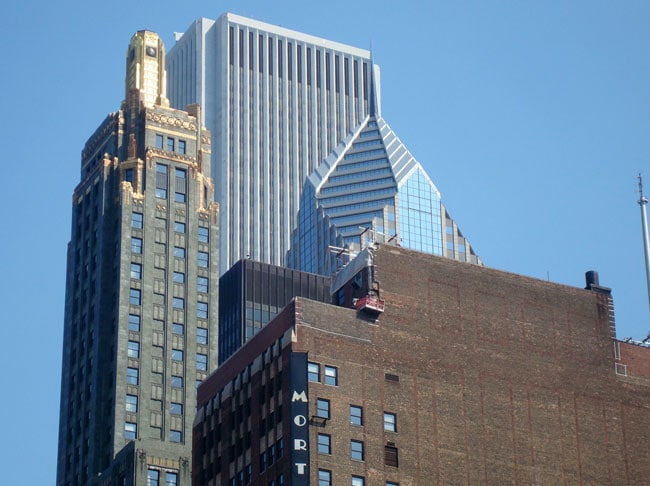 The boat tours pass under several of the Windy City’s drawbridges. 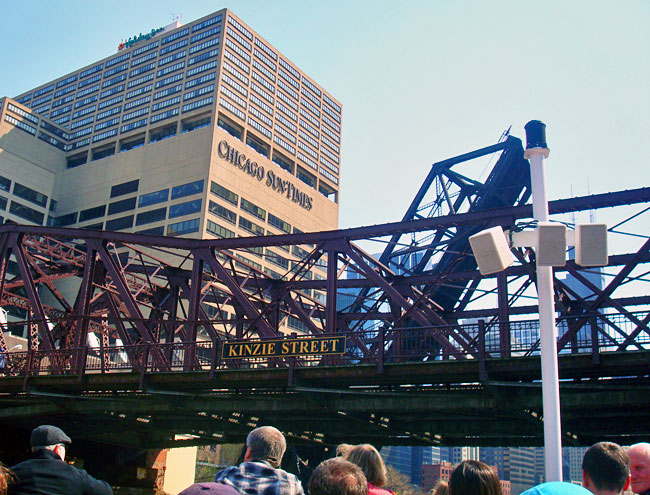 You can get some cool views looking up from directly underneath the bridges. 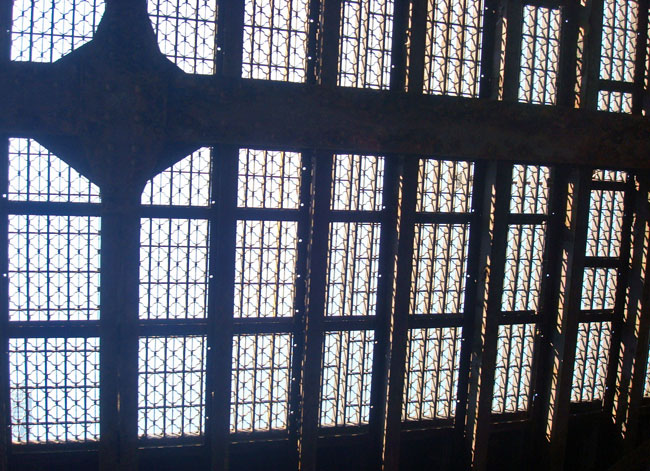 Eventually, the tours head south and approach the Willis Tower, which towers over its surrounding skyscraper neighbors, even if some odd angles don’t quite make it seem that way. 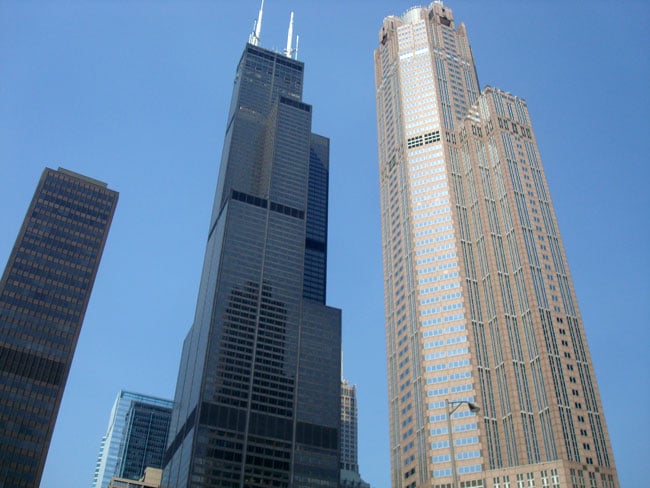 Even residential complexes look cool from the river. Everything looks better on a boat tour!

The boat tours range in price. Tickets can be expensive, running around $44 for adults and $23 for kids. But keep an eye out for online promotions and Groupons. Some of the river cruises even have bars to sell wine and beer, in case the casual boat ride itself is not enough entertainment.

16 thoughts on “Experiencing Chicago’s Architecture Through a Boat Tour”