If you make it past the Rocky statue out front and go inside the Philadelphia Museum of Art, you’ll find one of the largest and most diverse museum collections in the country. Just another art museum? Hardly. This place is massive (227,000 artifacts), with an endless maze of rooms and collections that I’ve never seen elsewhere. 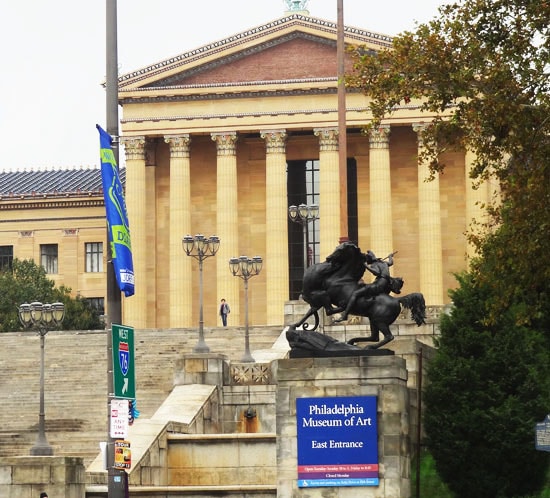 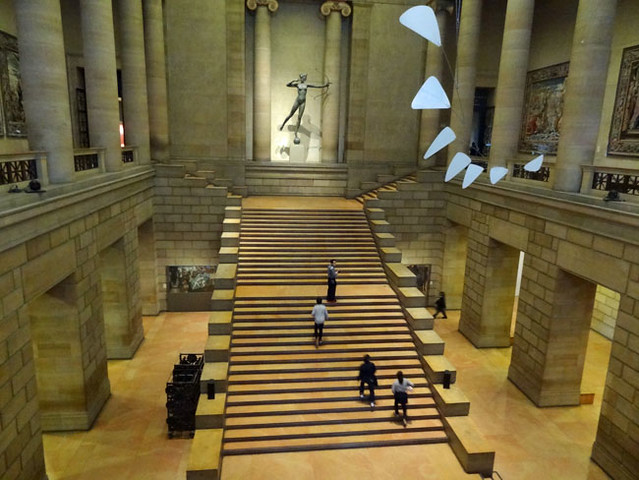 Read on to see some of the best sights inside the museum, and scroll to the end for a section about parking, ticket prices, and hours.

My favorite collection? An entire room full of medieval suits of armor. 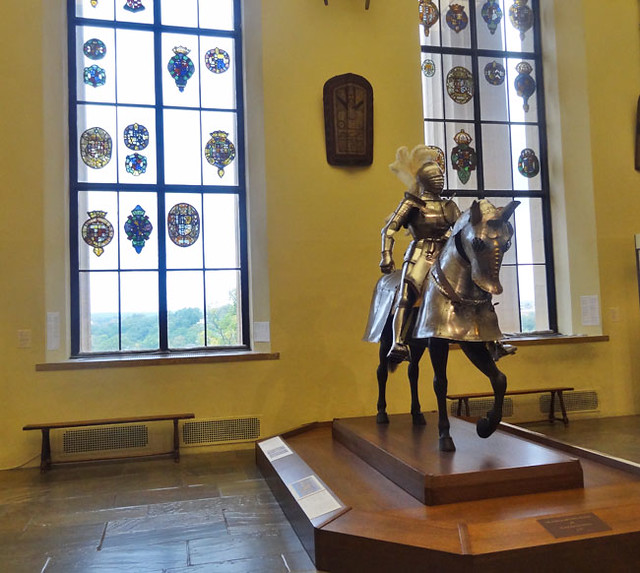 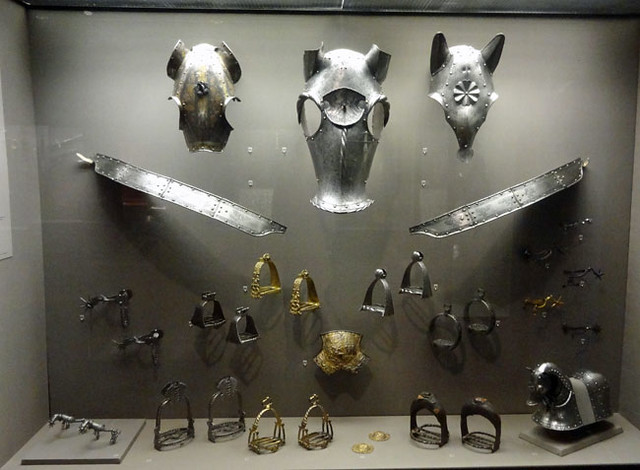 I never realized how different cultures had different types of body armor back in the Middle Ages. Some empires used solid steel, while other “chain mail” types were created by intricately linking together hundreds of tiny pieces of metal.

The museum displays armor from Germany, Spain, Austria, Turkey, Iran, and many other countries. Here’s a collection of Italian armor from the 1400s, and a frightening glass case full of swords the horse-riders used to wield. 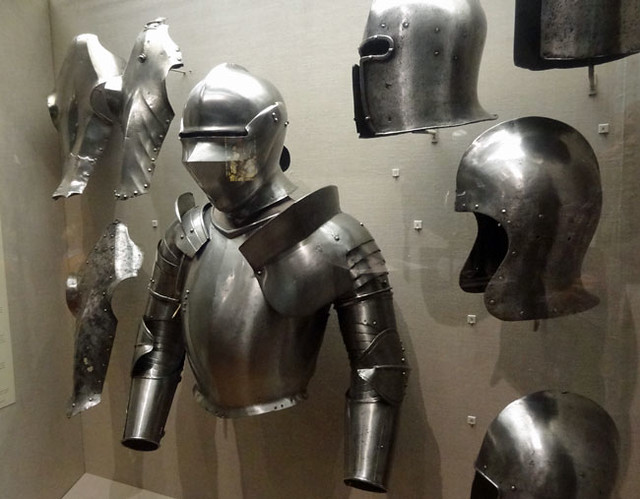 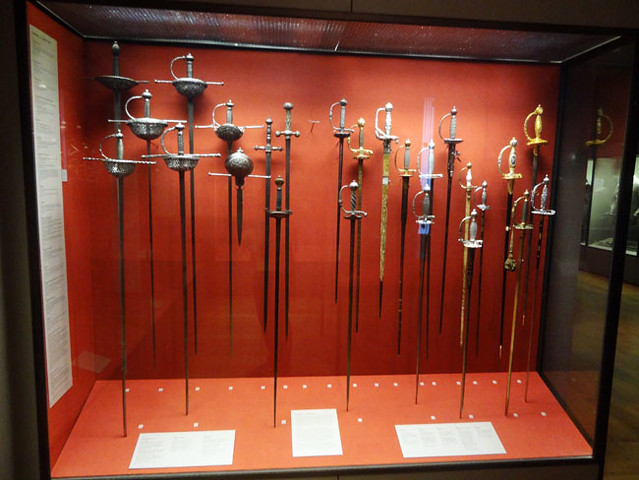 I kept waiting for the armor people to come to life and start chasing me. Probably because I watched one too many Scooby Doo episodes as a kid. I’ve seen this story before! 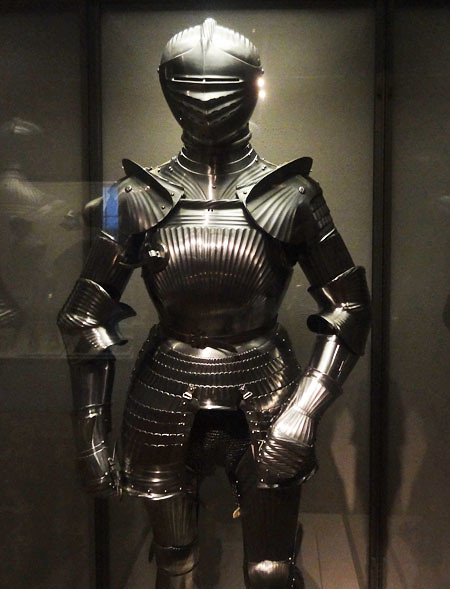 Other Cool Sights at the Philly Art Museum

This is one museum where you definitely need to use the map to figure out where you are. There are so many corridors and close to 200 rooms, so it’s easy to get lost among the weathered artifacts, Constantine tapestries, and sacred sculptures from India.

Here’s a set of miniature silver toys from England from the 1800s. Mini tea sets, candlesticks, etc. They were supposed to be used as furnishings in doll houses. You might call these the predecessors to Barbie accessories. 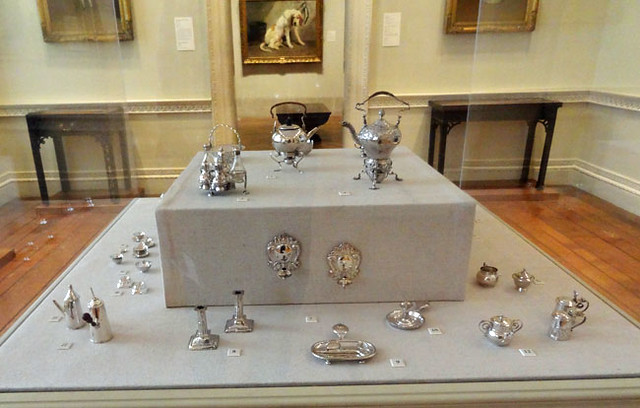 Did you catch that dog painting in the background? It’s called “Barbaro After the Hunt,” and it’s pretty much the cutest oil painting ever, right? It’s a work from the late 19th century by French painter Marie-Rosalie Bonheur. 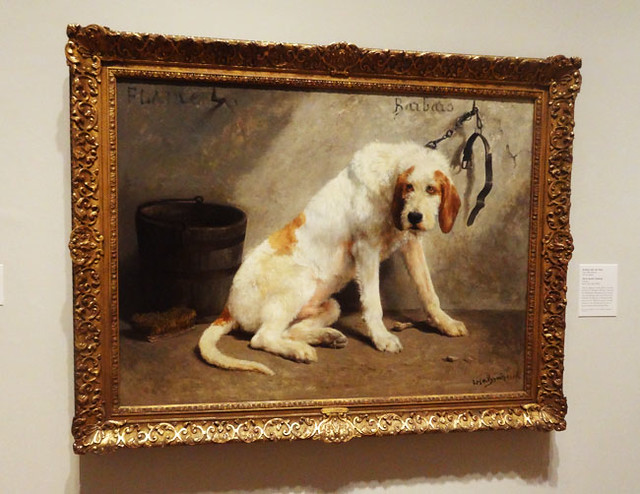 The marble bust was created in Paris in 1779 by Jean-Antoine Houdon, the leading portrait sculptor of his day. Amazing fact: The sculptor never met Franklin until four years after the bust was finished. He made the entire thing based on drawings and his own memory of seeing Franklin at various events when Ben was the ambassador to France. 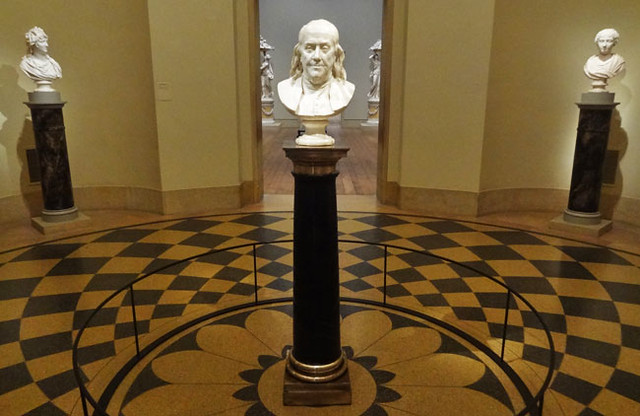 The 37-foot tall, 53,000-pound William Penn statue atop Philadelphia City Hall is one of the most iconic statues in the city. The museum displays a mini version of the statue that was used as a model for the real thing. Very cool. 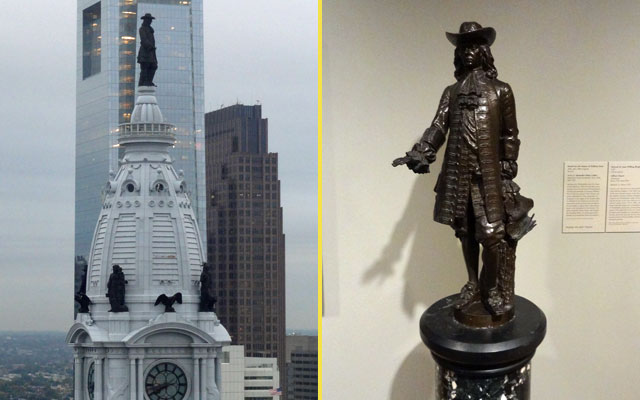 While Americans were beginning their revolutionary battle in the 1770s, Chinese scholars were quietly studying. Here’s a re-creation of a scholar study from Beijing, designed to allow the individual to work and meditate away from distractions. 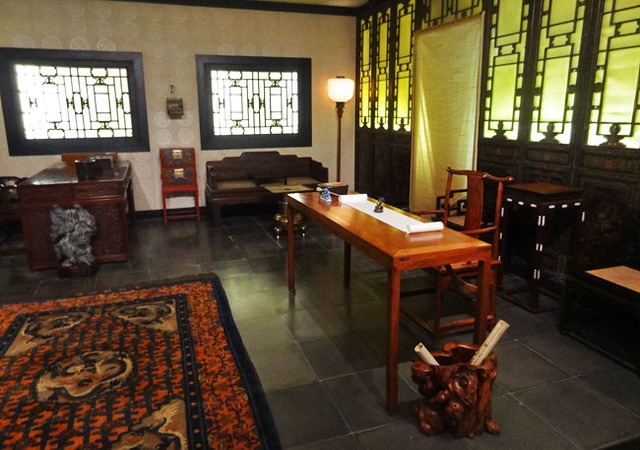 A Buddha statue from Pakistan from the 2nd century AD. He’s lost his nose over the years.

This room of old furniture made me feel like a winning contestant on Wheel of Fortune in the ‘80s, back when the winners had to use their earnings to buy stuff. “I’ll take the yellow chair for $850, the armoire for $1275, the vase set for $625, and the rest on a gift certificate!” 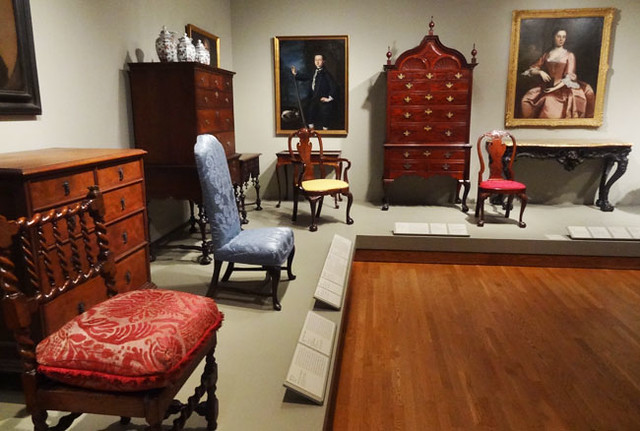 My favorite section was the modern art wing. Pablo Picasso’s 1921 painting “Three Musicians” jumped out with its bright colors. I love how he made faces out of geometric shapes. 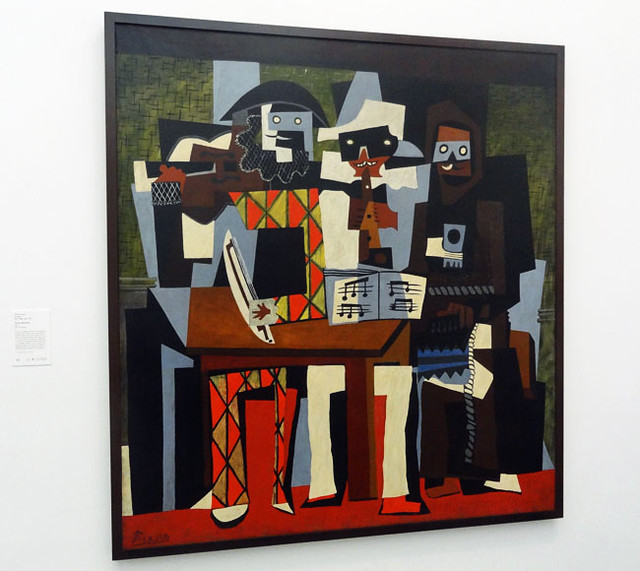 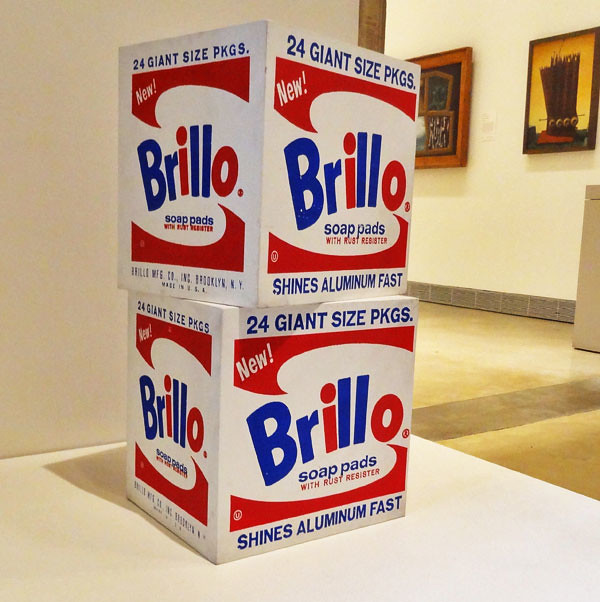 This made me smile – a “Moms with strollers” group checking out the art. Although that’s probably not the official name of their group. 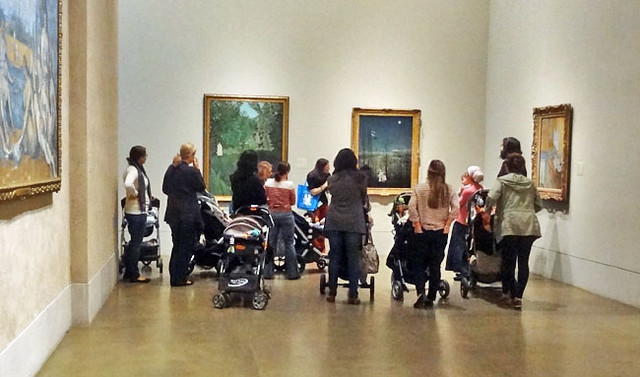 This only scratches the surface of everything the Philadelphia Museum of Art has to offer. Give yourself at least two hours for a thorough walk-through of the entire place. It’s one of the coolest and most unique things to do in the city.

Ticket price is $25, but that cost covers a two-day pass to all of the museum system’s locations. That includes the main location at 2600 Benjamin Franklin Parkway, as well as the Rodin Museum, Perelman Building, and Historic Houses. Ticket and parking discounts are given for folks who come during the evening sessions on Wednesday and Friday.

Street parking is very limited in this busy section of Philly. The museum does have a parking garage available. Cost is $15 for the first four hours. You must pay via credit card, and remember to validate your parking ticket inside the museum.

While you’re in town, check out Magic Gardens and the Edgar Allan Poe National Historic Site! But maybe skip the Penn Museum of Archaeology.