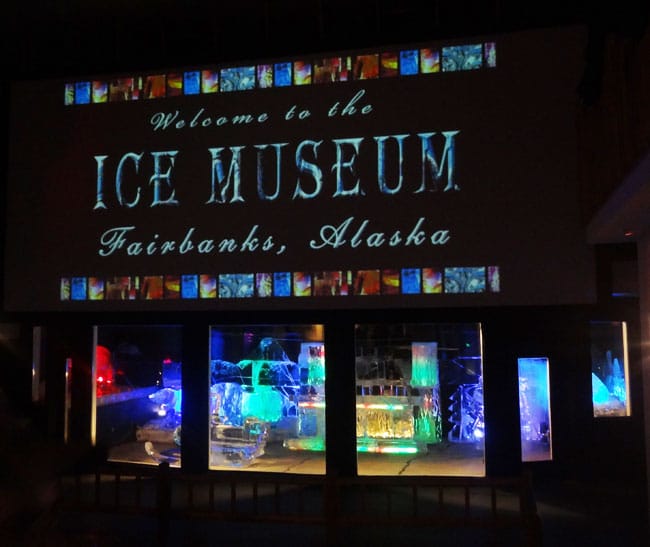 By the time we arrived to Fairbanks on our Alaska road trip and checked in to the hostel, it was getting late. And we had to leave at 7 the next morning for a long drive.

That left us only a few hours to explore the city. Fortunately, we managed to make it to the Fairbanks Ice Museum downtown just in time for their last show of the evening. And what a show it was!

The museum presented an ice carving and a film about the Aurora Borealis. That makes sense, since Fairbanks is considered by many to be the one of the best places in Alaska to see the Northern Lights.

The program began with an introduction from a local ice carver. Every March, Fairbanks is home to one of the biggest ice carving competitions in the world. One artist is on hand here each day to provide demonstrations.

A collection of ice sculptures are displayed with pretty lights behind glass windows, where they can be stored at 20 degrees. You’ve got your stereotypical Alaska shelter, the igloo, with a scary wolf watching nearby.

I don’t know how else to describe this piece of art, except a pink lady lying on her back with her legs in the air. I’m sure there’s no latent meaning behind this one. It’s just artsy, right? 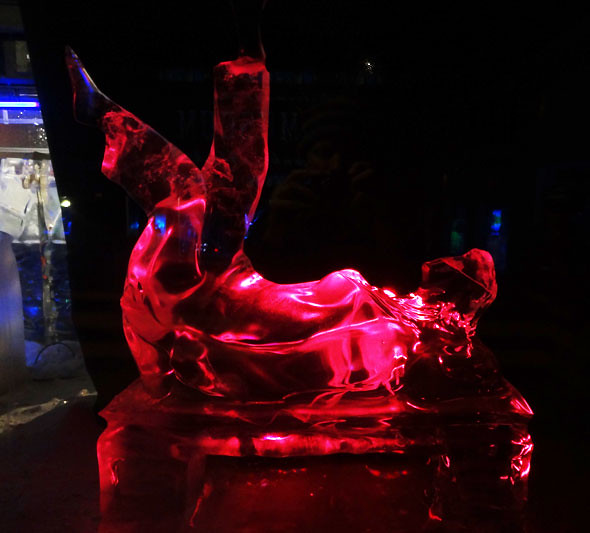 Here’s the cool part: There’s one room in the Fairbanks Ice Museum that you can actually walk inside to touch some of the ice creations. So we got to poke our heads through Eskimo sculptures and stand behind a bar made of ice and pretend to chug whiskey. It was all pretend. No real whiskey chugging here… just pretend… 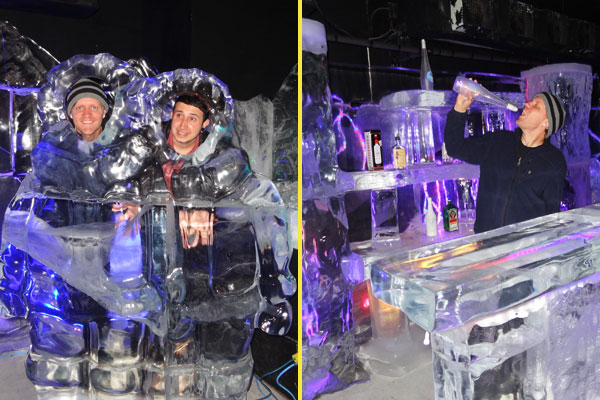 After we were given a few minutes to browse the icy goodness, the artist moved behind a glass wall and busted out his power tools to sculpt a plain block of ice into something pretty. 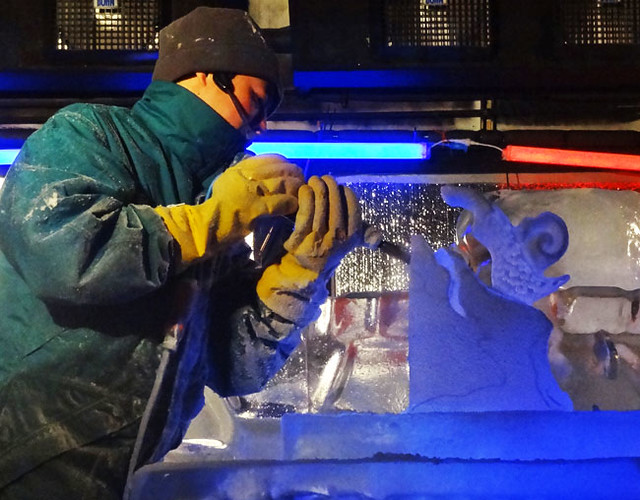 Later, he brought out the super-sized blow dryer to permanently freeze it in place. 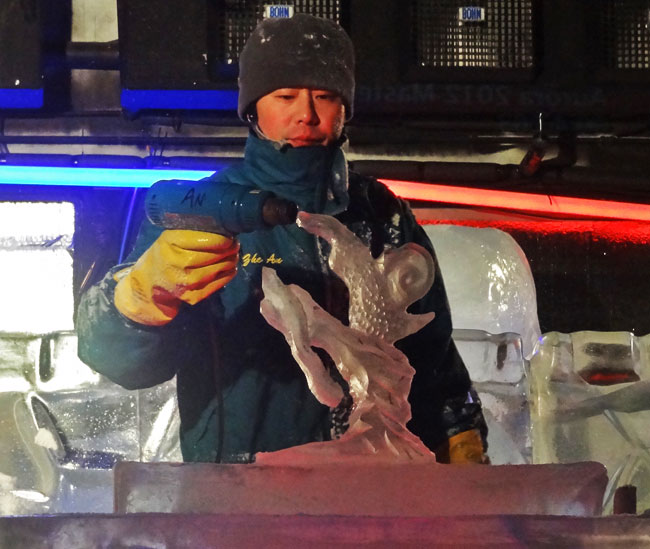 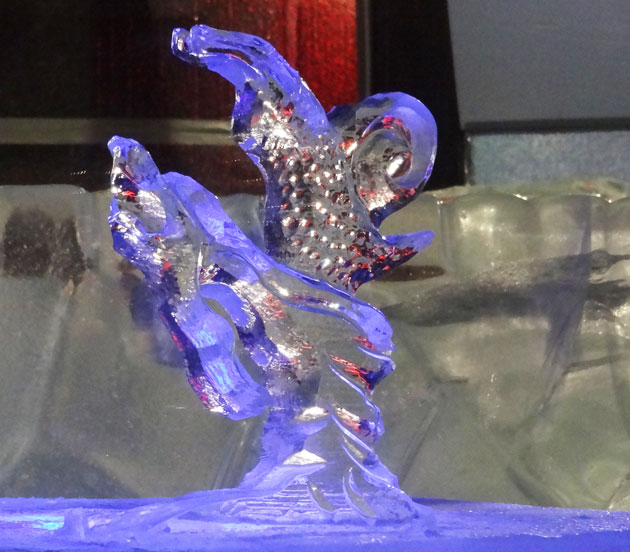 The previous hour’s carving was still on display, and was equally impressive in my opinion. Look at that magnificent sea horse! 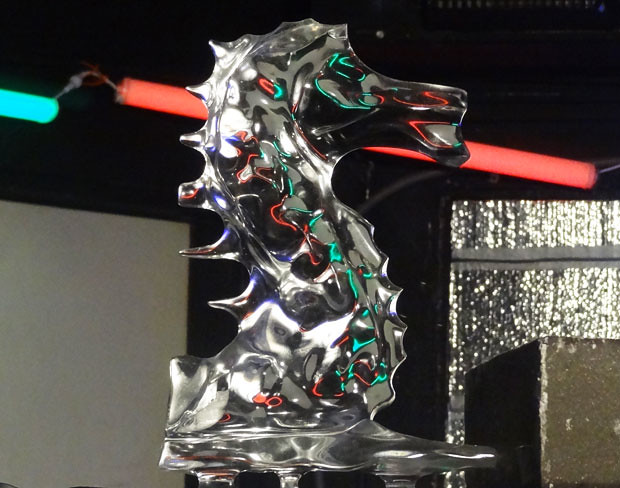 It’s always thought-provoking when you encounter someone who is such a specialist at such an obscure trade. Imagine dedicating your entire life to learning to carve and sculpt ice. What an odd profession. But an incredibly cool one at the same time.

Other Things To Do and See in Fairbanks, Alaska

Once the ice carving and a subsequent Aurora Borealis film ended, it was back out to the street. The time was approaching 10:00, but at this near-Arctic latitude, it looked like the middle of the day. 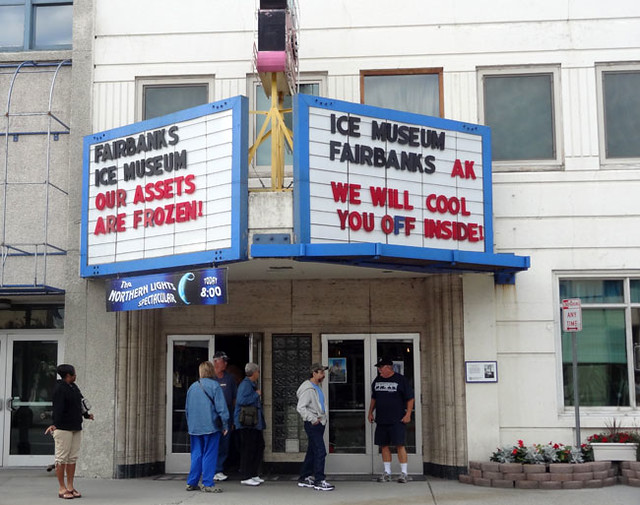 As we tried to adjust to the late daylight, we walked around downtown to see what else Fairbanks had to offer. I thought Fairbanks was bigger than it was. All I knew was that it was the second-largest city in Alaska, behind Anchorage. Turns out Fairbanks only has 30,000 residents. That’s just three times the size of the town in Beaver County, Pennsylvania where I grew up!

This is what the row of businesses in downtown Fairbanks looked like: 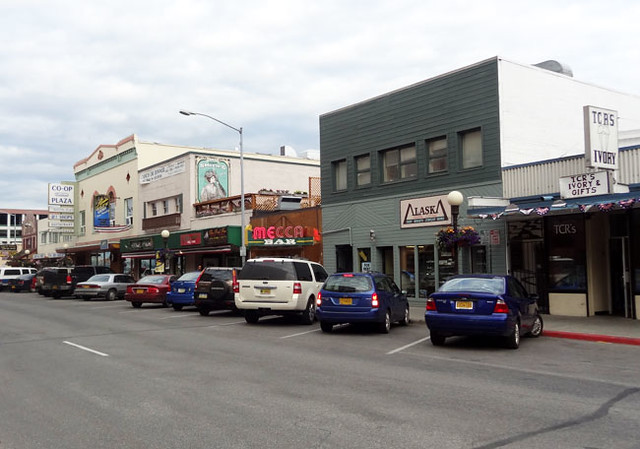 So while there wasn’t as much in the way of nightlife as I expected, we passed on the bars and instead opted to see a local park.

More love for the native peoples with this prominent statue and fountain. 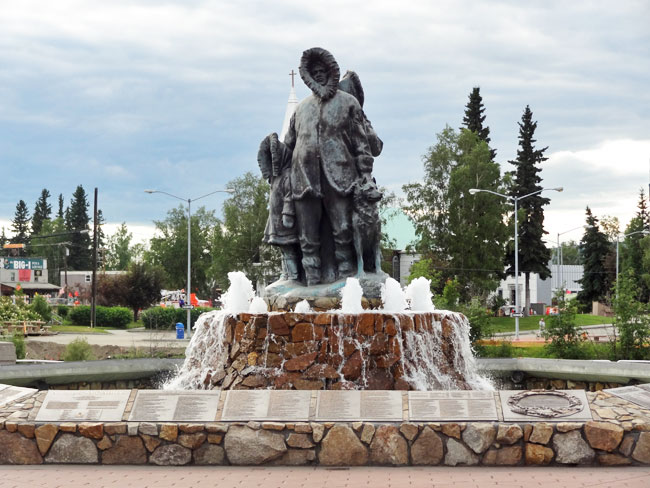 These distance signs are always fun. Only 10,200 miles to Cape Town! 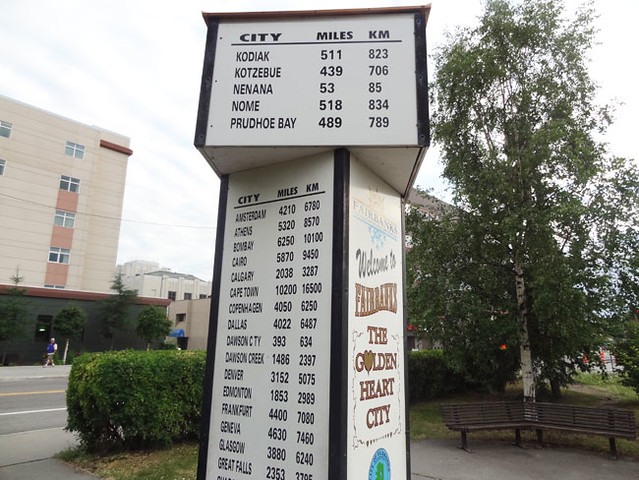 Even at this hour, some hoodlums were rafting down the river. Yeah, I call them hoodlums. Who knows what trouble they’re getting into? 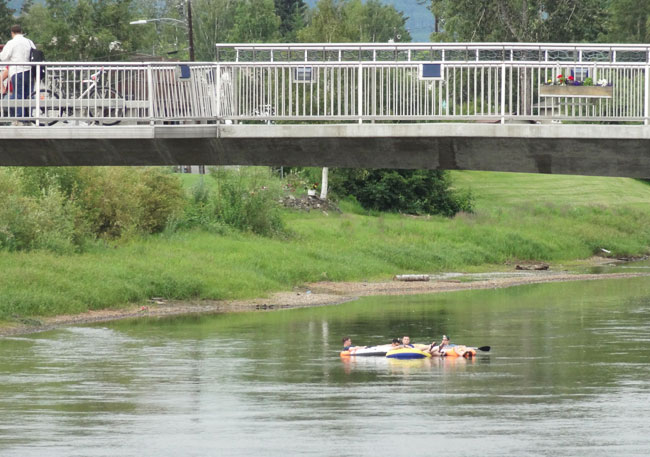 Finally, there it was. The midnight sun, peeking through the clouds to light up the early morning. 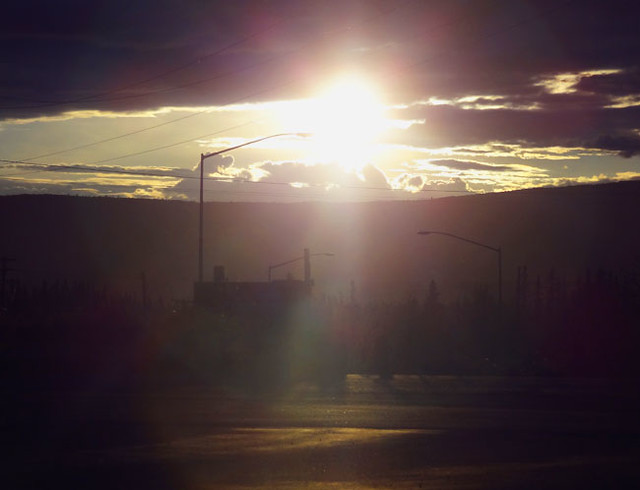 It finally got “dark” after 1 a.m., but only for a couple of hours. Seeing the sun at that hour made the drive up to Fairbanks worth it.

Have you ever seen an ice carving? Or the sun at midnight?