Intramuros is a city within a city. This section of town is walled off from the rest of Manila, Philippines. There’s more history here than meets the eye, especially in Fort Santiago, where major battles were fought in various wars over the past 500 years. 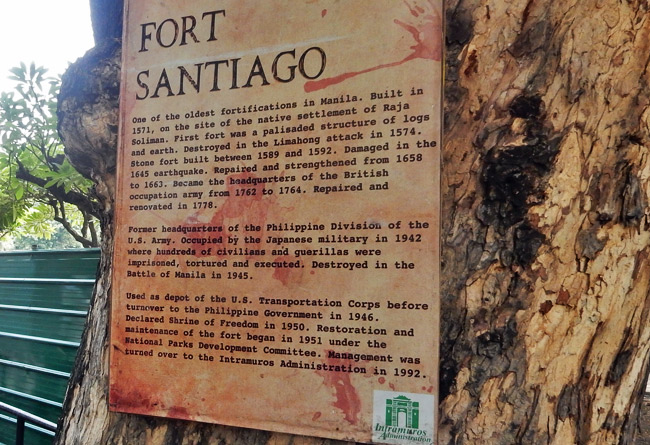 Consider Fort Santiago a must-visit if you make it to the Philippines. If you’re a solo traveler like I was, check out this list of travel tips for Manila. 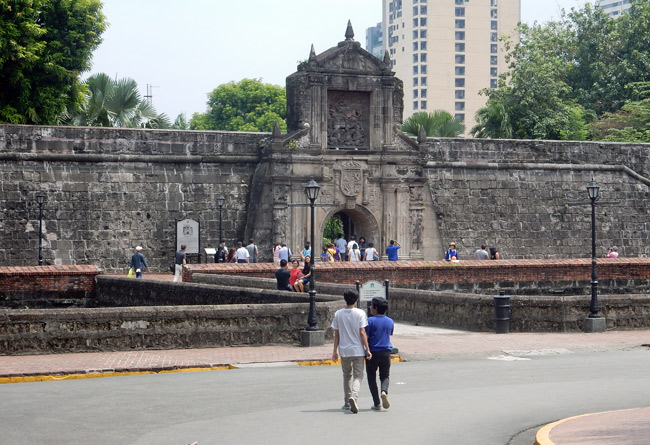 Here’s a look at what you’ll see inside Fort Santiago if you decide to visit this historic attraction!

Manila’s Fort Santiago and the Walled City of Intramuros

In the late 1500s, Spanish explorers conquered the island of Luzon and declared Manila the capital of their new colony. Not satisfied with the existing wooden structures, they decided to fortify the place against attacks by constructing massive stone walls around the city.

Fort Santiago was quickly built, and over a span of more than 200 years, the rest of the stone fortress was erected, and the region inside was named Intramuros (“within the walls.”) 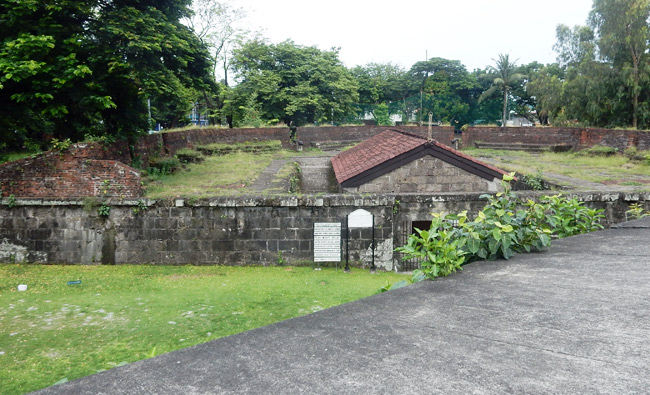 During World War II, the Japanese invaded the Philippines. The resulting battles destroyed almost all of the buildings within Intramuros, including Fort Santiago. The fort was later restored and now welcomes tourists on a daily basis. 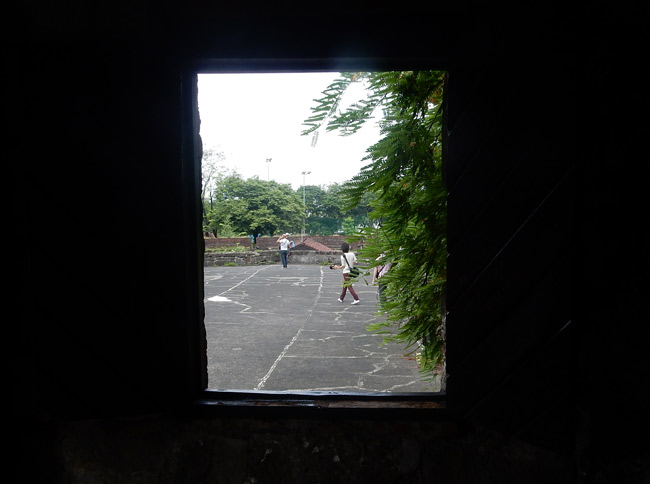 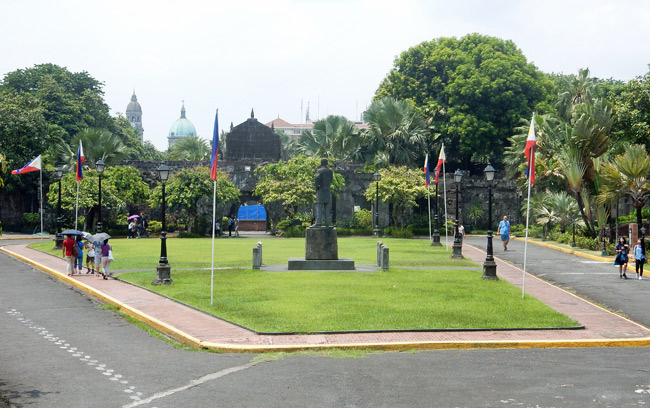 Jose Rizal is considered a national hero for his efforts in advocating for reforms against the Spanish government in the 1890s. As the Philippine Revolution against the government began raging, Rizal was arrested, imprisoned in Fort Santiago, and convicted of rebellion, sedition, and conspiracy. 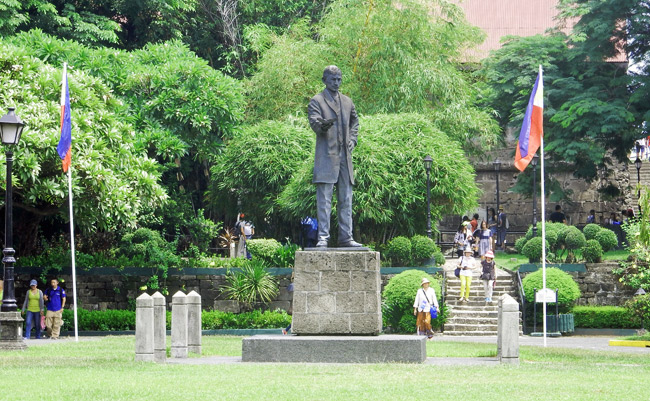 The sentence for his writings was death. He was executed in what is now Rizal Park, just south of Intramuros. Inside the walled city, a shrine of Rizal stands tall in a large grassy area surrounded by Philippine flags. 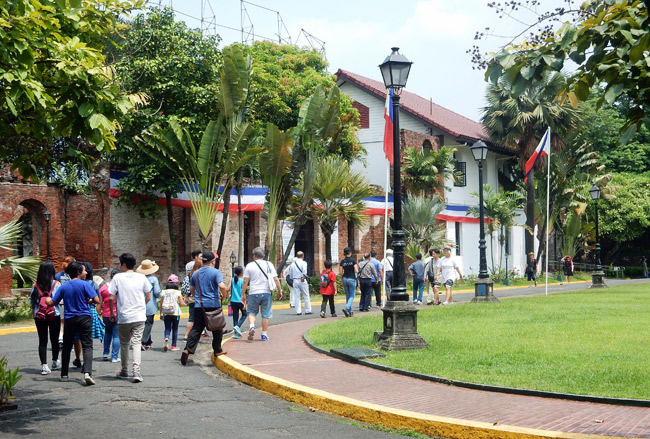 The barracks where Rizal was confined while he awaited trial was later destroyed. But a reconstruction of the building has now been turned into a museum celebrating his life. The site features photos, writings, artifacts, a timeline of his life, and a glimpse into what his prison cell looked like. 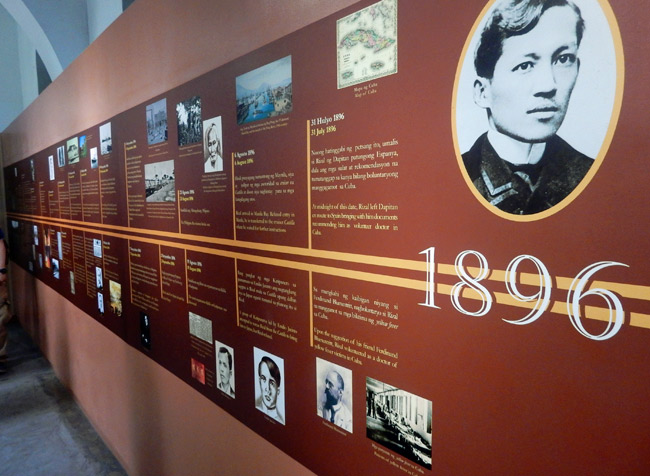 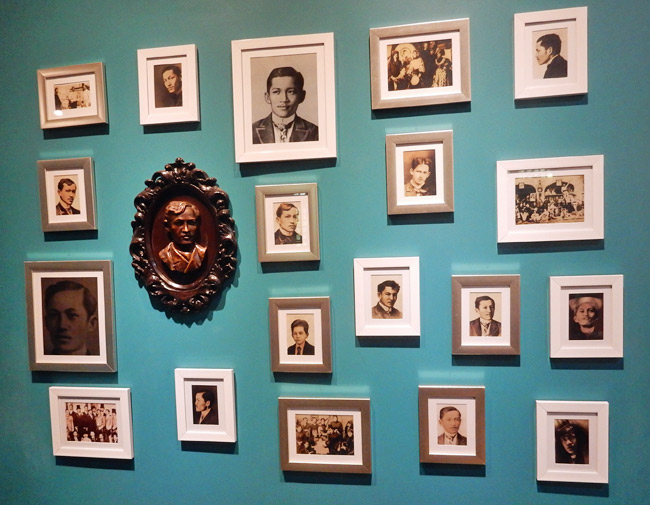 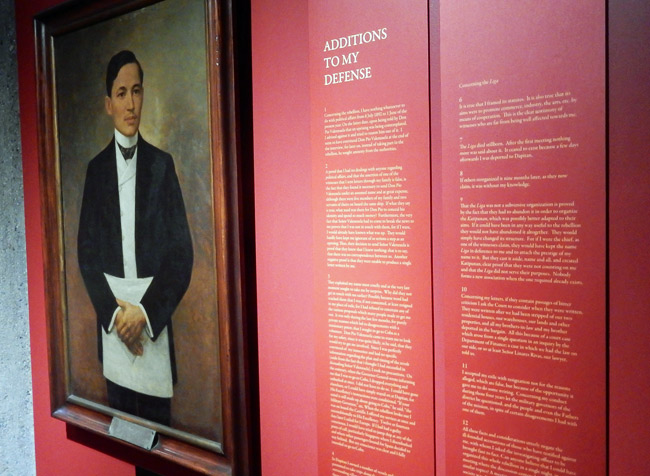 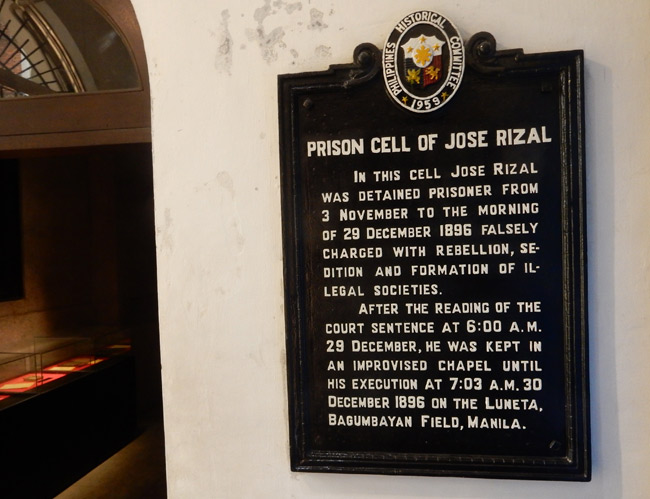 There’s no sanitizing of history here – it’s all on display. Perhaps the freakiest artifact of all? A piece of Rizal’s spinal cord that was hit with a bullet when he was executed by the firing squad. 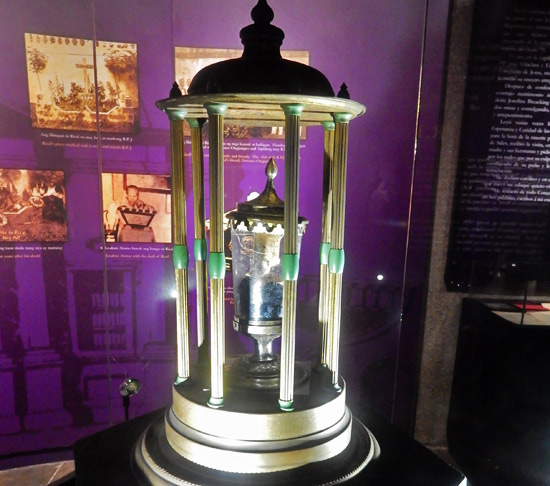 Other sights in Intramuros include a garden of statues and old cannons on display. 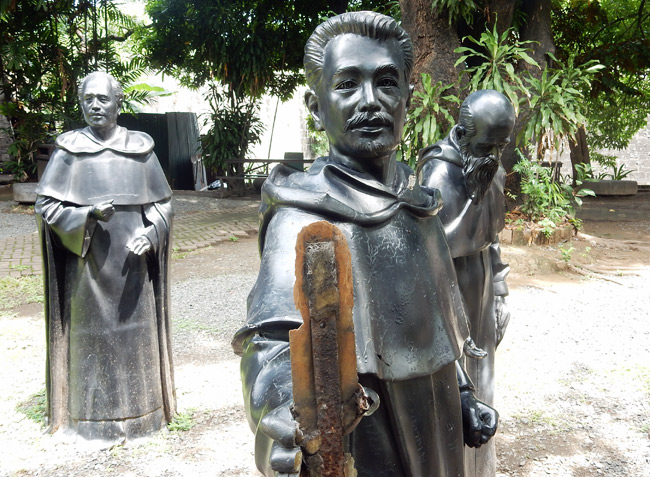 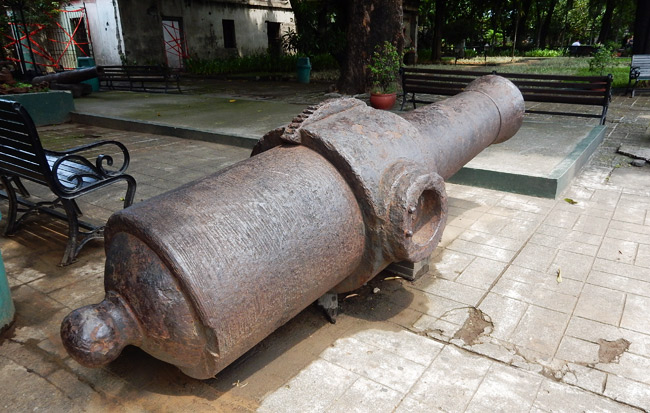 During World War II, the Japanese soldiers committed all sorts of atrocities against Filipino and American soldiers and civilians, killing tens of thousands of them. In Fort Santiago, approximately 600 soldiers died inside a dungeon at this location. It has been memorialized with a cross in honor of the victims. 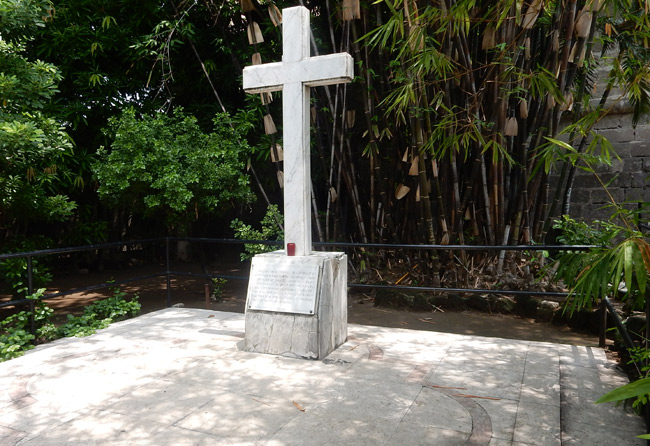 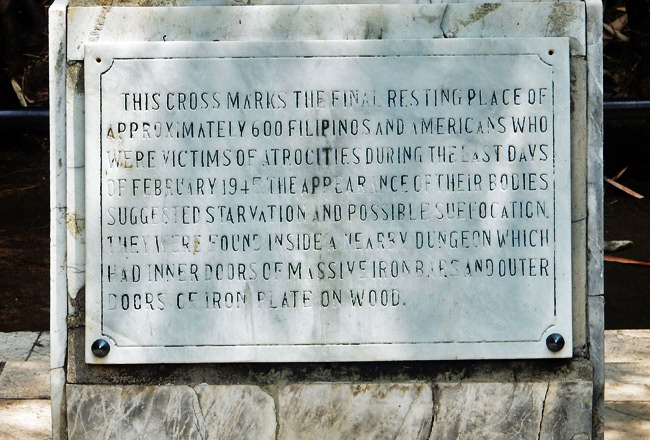 Fort Santiago is easy to get to. Uber is easily accessible in Manila and it’s very cheap by U.S. standards. So swing over to the fort to catch a quick history lesson when you’re in the city.

Note: I was a guest of TBEX and the Philippine Department of Tourism during my visit. For more, check out this article about my visit to historic Vigan City., and the Marcos Museum and Malacanang of the North. Also peek at the interior of Paoay Church.