Interested in fly fishing in Glacier National Park? A couple years ago, I tried fly fishing for the first time, with a lesson from a local company. Here’s how it went!

Back when I worked as a summer camp counselor years ago, occasionally we took the kids fishing at the camp lake. Whenever someone caught a fish, I refused to touch it, because ick! There was usually at least one kid who knew how to take a slimy, floppy fish off the hook, so I made let them do it.

Alright, so I may not have the most impressive history with rods and hooks. But I’m always up for trying something new. So on a cool autumn morning in West Glacier, Montana, I met up with Glacier Anglers for a fly fishing lesson. 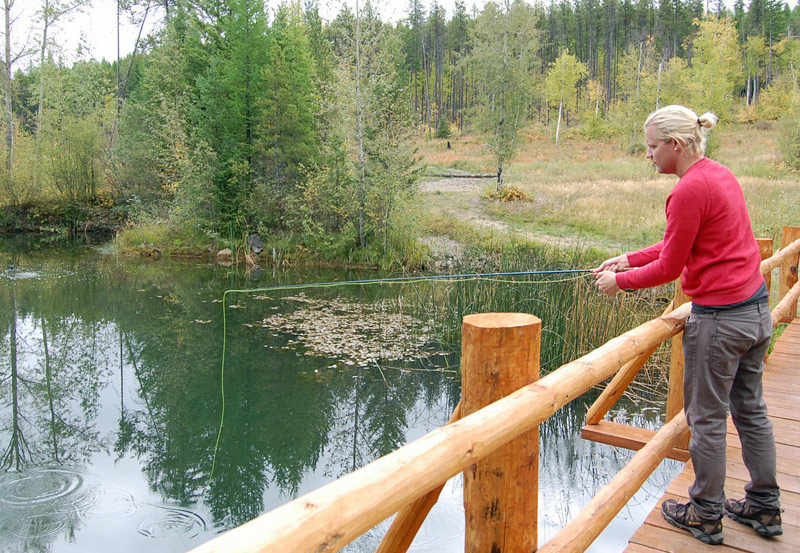 Fly fishing is different from your typical rod and reel fishing, where you simply have to wind the reel. To fly fish, you have to flick the rod backwards until the line is in the air behind you, then flick it forward so the hook lands way out in the water in front of you.

Mastering this flicking action can take quite a while. The lesson was set up so that we practiced first in the grass with a hook-less reel. This was important because it’s easy to flick too soon or too late and have the fishing line smack you in the head.

You definitely want to have a comfort level with the casting process before using a hook, otherwise you could hook yourself in the ear. 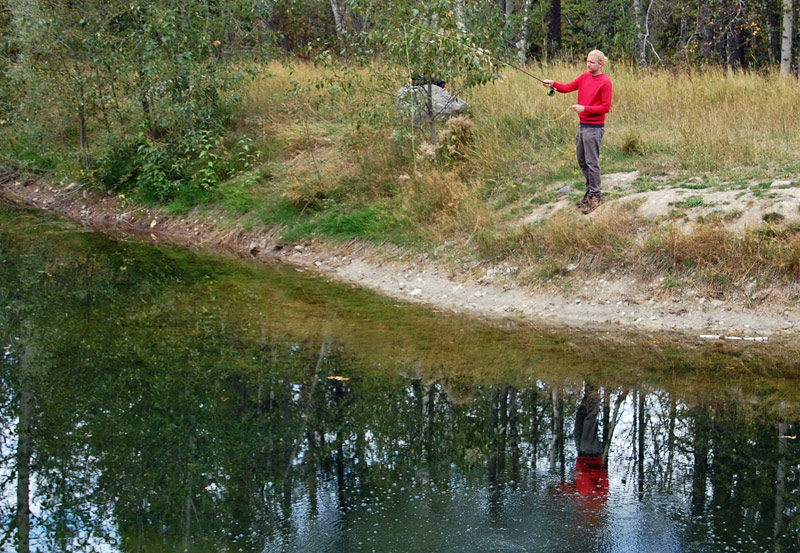 After several minutes, our group got the hang of how to do a basic cast, and then we learned how to release more line so we could cast farther out into the water. After that, it was time to head to the lake and give it a try.

Although I still had some trepidation at first (“Don’t hook my ear!,” I tried to remind myself), before long I was casting like a pro. Behold my magical form!

Casting was the easy part. Catching something? That was another story.

The fish are mocking me!

Learning about fly fishing was fascinating. When you fly fish, it’s illegal to use live bait on your hook, so instead you use little flies designed to look like tiny insects. I don’t think any of these actually look like bugs, but then again I’m not a fish, so I’m not the target market here. 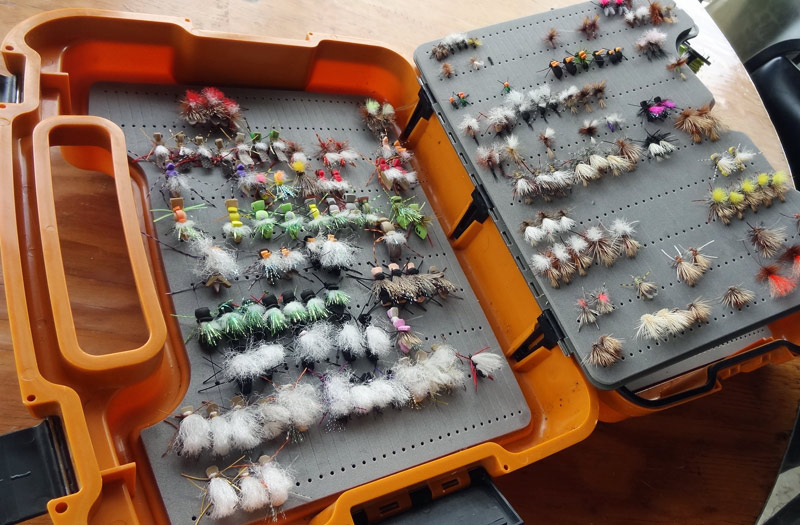 Glacier Anglers has several small ponds at its facility. With a large supply of stocked rainbow trout in the ponds, only a real amateur could fail to catch something.

Yet I found myself failing to catch something. 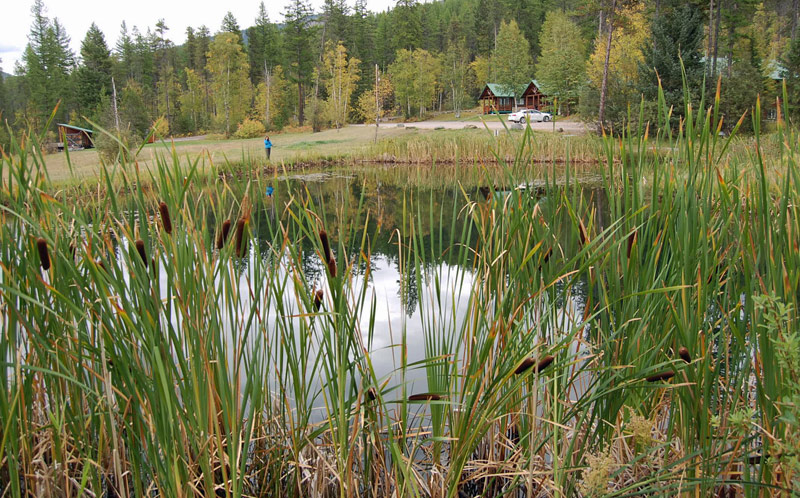 The fish weren’t biting. Time after time, a fish would approach my hook, only to back off. None of them could be convinced that my fly was an actual fly. “Where are all the dumb fish?,” I wondered.

Pond number one was a fail. So we moved on to pond number two, another fail. The instructor gave additional tips on how to pull the fly slowly along the water to trick the fish into thinking it’s a real, moving bug. Soon after, I got a bite, and before I knew it, we had a good-sized rainbow trout!

This guy didn’t want to come off the hook, so the instructor took the time to painstakingly remove the hook and set him free. That meant I didn’t have to touch him. Everybody wins.

The Skinny on Fly Fishing in Glacier National Park

In addition to basic private lessons, Glacier Anglers offers equipment rentals, half- and full-day guided tours on area rivers, and even week-long fishing trips to the Great Bear Wilderness Area, where guests raft to their destination and camp under the stars.

All of that might be a little advanced for me at this stage in my fishing life, but now at least I know what I’m doing when I have a fishing rod in my hand. Next time, I’ll catch at least two.

If you want to do some fishing on your own, here’s more information on fishing throughout the Glacier National Park area. No fishing license is required in the park.

And while you’re visiting Glacier NP, don’t forget to try some huckleberry foods in Montana, look for mountain goats while hiking, do some camping at Bowman Lake, and visit Whitefish, one of the best towns near Glacier National Park. And consider a unique visit to the Blackfeet reservation!