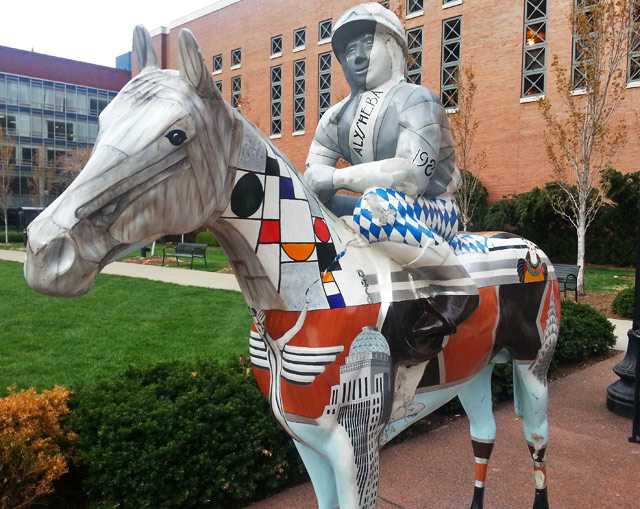 Photo by the Author

Home of the Kentucky Derby, Muhammad Ali Center, and Louisville Slugger Museum, Louisville, Kentucky is an underrated Midwestern destination. Situated along the Ohio River, Louisville is the largest city in Kentucky and the 30th biggest in the country by population.

Louisville has a number of fun neighborhoods and a walkable downtown area. While traveling around the city, be on the lookout for dozens of colorful horse statues, created in honor of the Derby as part of the funky art program Gallopalooza.

One of the most popular attractions in Kentucky is Churchill Downs, site of the annual Derby race. The facility is open daily, whether there are horse races or not. Tourists can stop in to take an official walking tour of the grounds and museum, which has two floors of interactive exhibits detailing the history of the Derby back to its inaugural race in 1875.

There are no shortage of places to stay in Louisville. If you are the type of person who prefers independent lodging to major hotel chains, read on to discover four great hotels in Louisville.

When it comes to convenience and site, you can’t do better than Galt House Hotel, located along the Ohio River downtown within two blocks of Waterfront Park, Ali Center, and KFC Yum! Center. The official hotel of the Kentucky Derby, Galt House is the biggest hotel in Kentucky. Its two towers contain more than 1,300 rooms and suites, some with waterfront balconies. Galt House Hotel features a rooftop fitness center, a salon, six restaurants, and several shops.

Few hotels have as much history as The Brown Hotel, which opened in downtown Louisville in 1923 as one of the largest hotels in the country, with 15 floors and 600 guest rooms. In recent years, multi-million dollar renovations of the luxury property have reduced the number of rooms to 293 but doubled their size. The Brown Hotel was the birthplace of Louisville’s famous Hot Brown, a turkey and bacon sandwich slathered with a cheese and egg sauce, that is still served in the restaurant’s hotel.

Drury Inn & Suites Louisville has 141 rooms and offers a number of features and amenities, including two swimming pools, free Wi-Fi, complimentary breakfast, and 24-hour fitness center. Situated near several shopping areas, the hotel is a short drive from attractions east of downtown, such as Cave Hill, a Victorian-era cemetery where you can find the grave sites of notables like KFC founder Colonel Harlan Sanders and Revolutionary War officer George Rogers Clark.

READ NEXT
Exploring the Dominican Town of Puerto Plata

Located in the East End of Louisville near Brown Park, 1853 Inn at Woodhaven is an upscale bed-and-breakfast in a restored Gothic Revival mansion listed on the National Register of Historic Places. The “1853” represents not the inn’s address, but rather the construction year of the property. The inn furnishes its eight guest rooms with luxury items and antiques, giving the property both modern and old-fashioned touches.