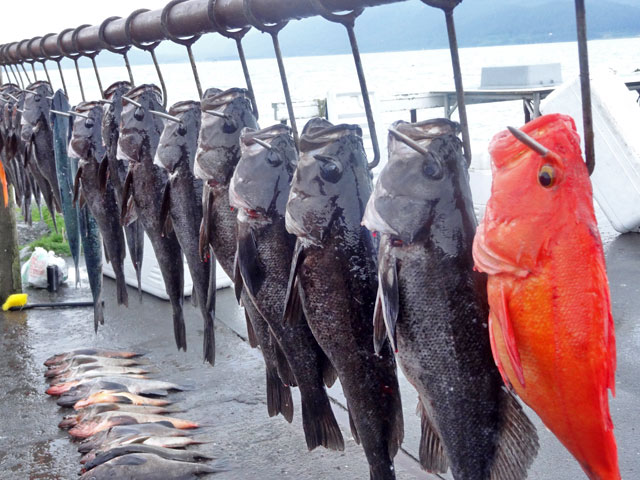 These words of wisdom come from our cab driver in Seward, Alaska, explaining why he’s chosen to adorn his taxi with dozens of gold ducks and why he blows a duck call whistle at passers-by on the street, some of whom respond with a smile, while others stare in complete bewilderment.

“Someone needs to make an ass out of themselves, and I have the time!,” he yells over the Black Sabbath tune blasting from the radio. He spits out the jokes in between screaming rants at pedestrians and other drivers, who are all part of some conspiracy against him, it seems.

The driver is a large, middle-aged man with a bushy beard, a cackling laugh and a way with words. Oh, and a .45 under his seat. That too. I’ve never been a fan of guns, and I decide I don’t want to get on this guy’s bad side. So I merely smile and nod when the dude advises me and my friend, “You guys need to find some girls and get laid!”

On one hand, I’m starting to fear for my safety. On the other, I’m beginning to realize this might be the most colorful character I’ve ever encountered. I’d love to hang out more with him, just for the stories.

Distracted by our campground nightmare

This could be a piece entirely about this fascinating cabbie, but it’s not. Sadly, I couldn’t fully embrace his weirdness, because I was too distracted by the status of our rental car. I wasn’t sure if it had been towed, vandalized, or forcibly moved.

You see, due to some unfortunate circumstances, we had abandoned our rental car that morning, and its current fate was unknown.

Imagine the following scenario: You wake up in a campground to find your keys locked inside your rental car. You have one hour to make it to your all-day whale-watching cruise, the last great event of your Alaskan adventure. 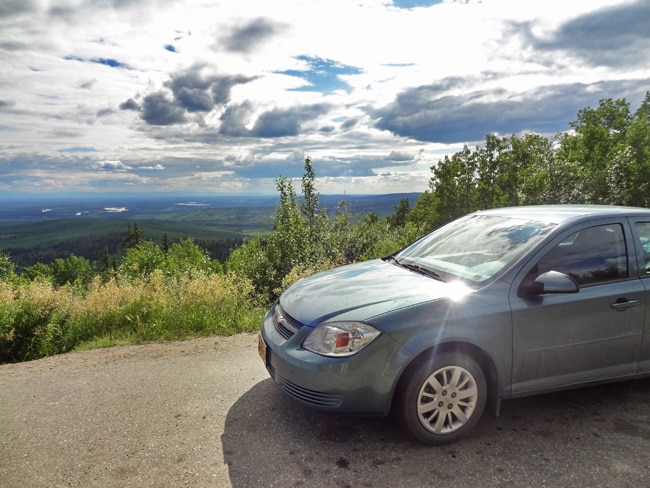 By car, you’re only 10 minutes away. But if you have to walk, you’re 45 minutes away, which means there’s little time to spare. Also, you have to be out of the campground by 11 a.m., and you can’t stay an extra day because the park is booked solid for the next night. What do you do?

Our first option was to try the old coat hanger method and to recruit folks from the Miller’s Landing campground office for help, but they were unavailable and our efforts to pry open the lock failed.

The car didn’t have a remote unlocking option. We could have called AAA or a locksmith, but way down here in Seward it would take at least 90 minutes for someone to arrive, by which time we would have missed the cruise.

Our next option was to go to the campground office and tell them we have to keep our spot for another night. That’s when we found out they were totally booked. “Well, we have to figure out something,” I told the employee behind the counter. “I guess so,” was all the guy could offer in return. I’d say he was as dumb as a brick, but that would be insulting to the brick community.

I tried to get him to hunt down a manager, but the supervisor was busy on the phone. “He’ll be out in five minutes,” the counter guy finally informed us. With time quickly slipping away, we couldn’t wait that long.

So, we did the only reasonable thing we could do. We ran out of the campground office, abandoned the rental car and began racing to the other side of town, where our cruise was set to board, leaving the campground staff to deal with the mess that was sure to ensue when other campers arrived later that afternoon and found their spot taken and no other spots available.

I wasn’t sure what would happen with the car, but I was not about to miss this cruise for anything. How often do you get the chance to see killer and humpback whales in the wild?

I figured, worst-case scenario, the car gets towed. That would be a huge headache and cost a lot of money. Best-case – and what I presumed to be the most likely – scenario, someone cancels their reservation, and the campground can leave our spot alone since they now have the room to accommodate us. 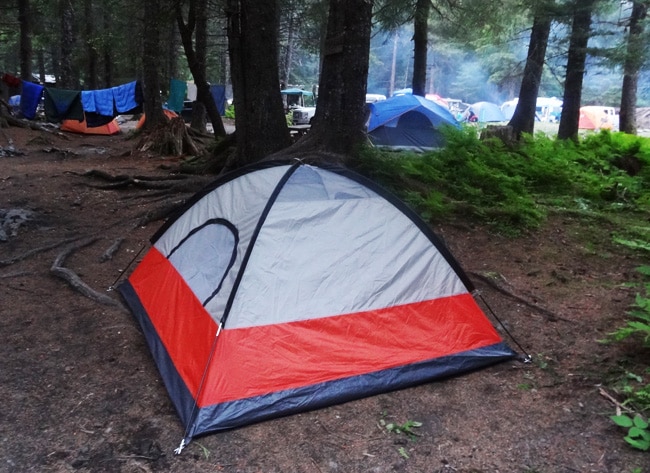 We made it to the cruise with time to spare, thanks to some local fishermen who allowed us to hitch a ride. We spent the drive pretending to care about their stories of catching 300 pounds of fish the day before.

Return to the campground with the duck cabbie

Once the cruise ended around 7 pm (details on the actual cruise coming Friday), we flagged down our duck-loving taxi driver, who returned us to the campground, where we found our car and tent sitting undisturbed and no angry campers waiting to take our spot.

The new manager on duty helped us pry open the lock, and we hopped in and sped off to Anchorage for the July 4 celebration. After the hassles we had dealt with in the morning, we just wanted to be out of there.

I never learned exactly what happened – whether someone canceled or whether the staff spent all day brainstorming some solution for how to deal with these crazy campers from the outside who just left their shit and walked off.

I was so distracted by the rental car situation that I never bothered to get a photo of the duckmobile, but you can find one here. That pic is from a couple years ago – there are way more ducks on the hood now.

And seriously, if you ever make it to Seward, you must take a ride with this gentleman. Just look for the ducks. And don’t get him angry. Maybe he’ll even show you his gun.