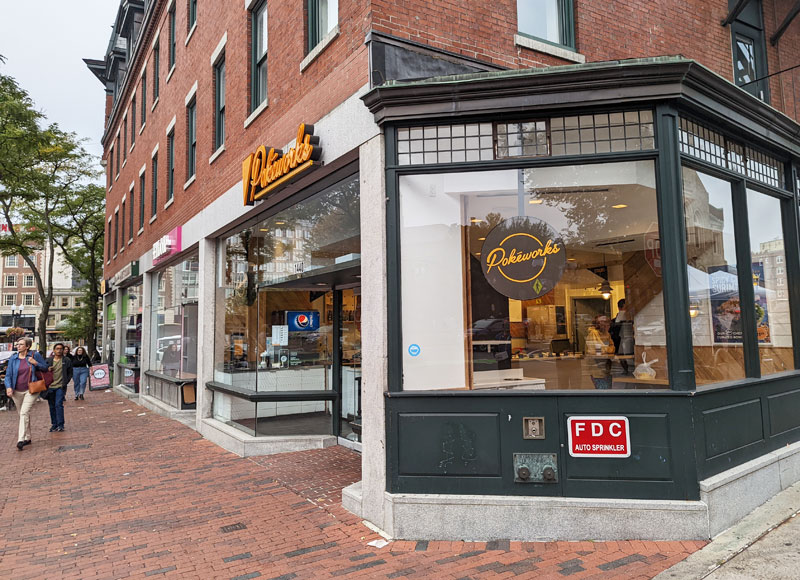 While visiting Boston, I spent a good bit of time in the Cambridge neighborhood. Like the Loop in St. Louis, Cambridge isn’t technically part of the city itself. But that’s just semantics. Cambridge is part of Boston as far as everyone is concerned, and it’s a fun place to hang out.

And, according to Wikipedia, a resident of Cambridge is known as a “Cantabrigian.” Quirkiest demonym ever!

Cantabrigian is also used to describe residents of Cambridge, England, and Cambridge University in England. Those are pretty much the only three places you’d see the term.

I got curious, so I did some more research about interesting demonyms. For instance, what do you call residents of Massachusetts? Massachusetters, perhaps? Nope, that’s too awkward. The demonym is just “Bay Staters.” Kinda like the way Indiana residents are called “Hoosiers.”

Sights and Highlights from Cambridge

Cambridge, of course, is home to Harvard, which makes it a university town, although it’s not your typical, bar-filled college town. I stopped by to take a photo of Gate 1, the entrance to Harvard’s athletic complex. 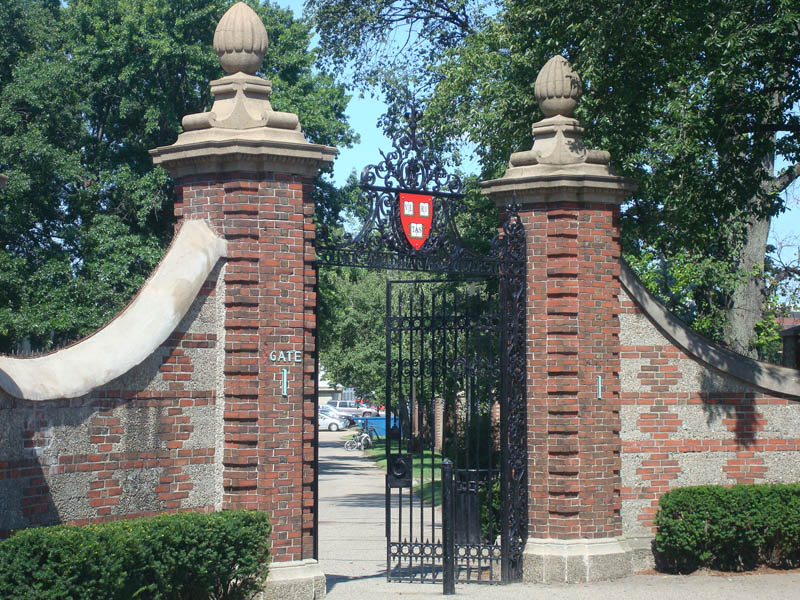 Walking around the Harvard campus was interesting. I thought about all the important people in American history over the years who have walked the same grounds.

The statue of founder John Harvard was a must-see. It’s apparently good luck to rub the statue’s toe. I saw several students and visitors lining up to do just that. 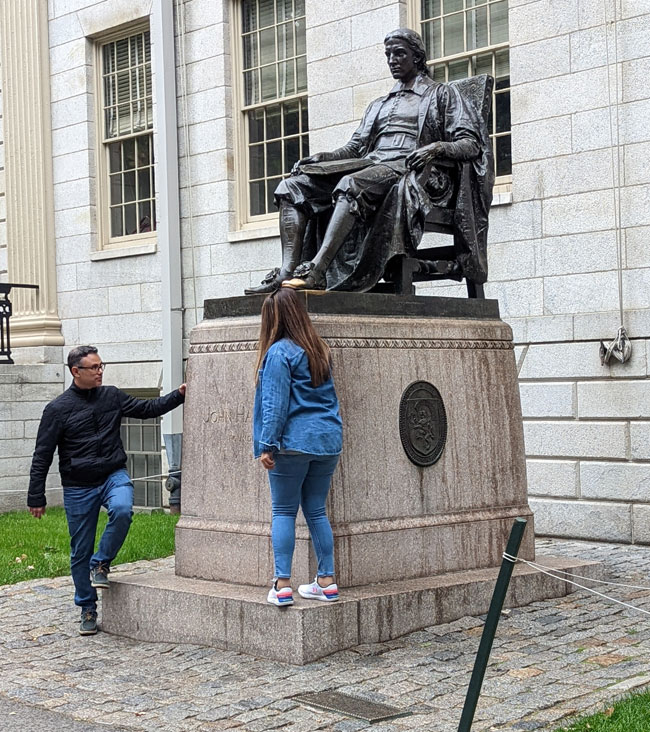 Attempting to park my huge conversion van on the busy streets of this neighborhood proved to be impossible. It’s a very crowded area, and the parking lot I was searching for was unavailable due to a neighborhood market closing the street.

But that was fine, because Cambridge is right on the subway’s red line. So I parked at my South End hotel and hopped on the train instead!

Emerging from the subway into Harvard Square, I found a number of cute local shops and a vibrant walkable neighborhood with red brick sidewalks.

Harvard Square is the business district of the area, and it’s actually listed on the U.S. National Register of Historic Places as a historic district. 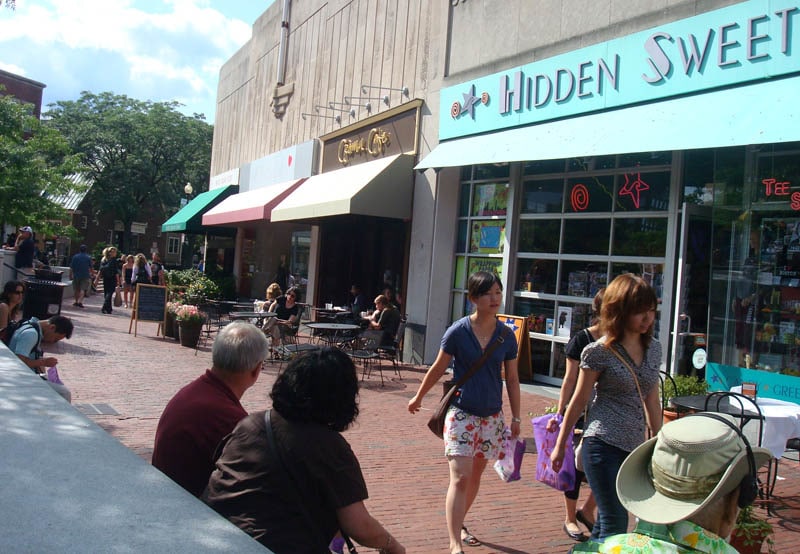 Cambridge has mostly remained the same for a long time, but things do change. See that Hidden Sweets store in the photo? On my most recent visit to Cambridge, I learned that shop is now Felipe’s Taqueria, a hugely-popular fast casual Mexican joint with outdoor seating. The burrito bowl is excellent! 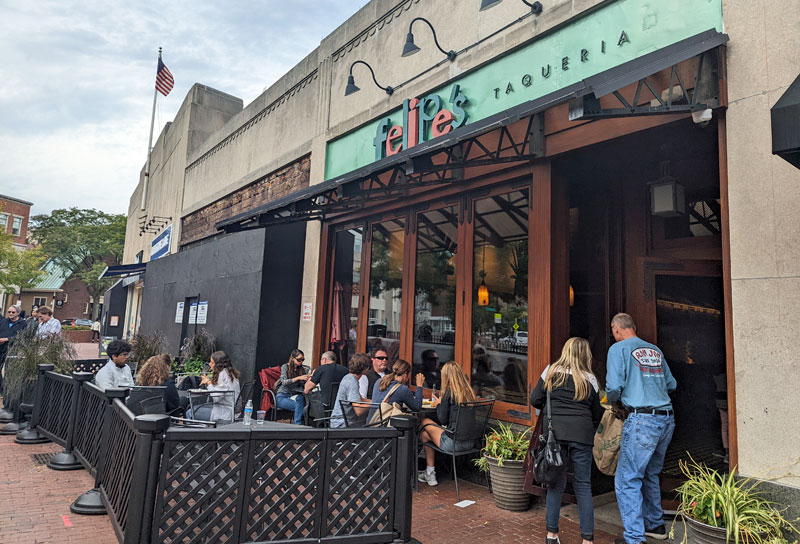 Cambridge is where you’ll find Newbury Comics, the amazing record and entertainment media store I mentioned in a previous post. I could spend hours in this place. This shop now has more than two dozen locations throughout New England – way more than I realized. 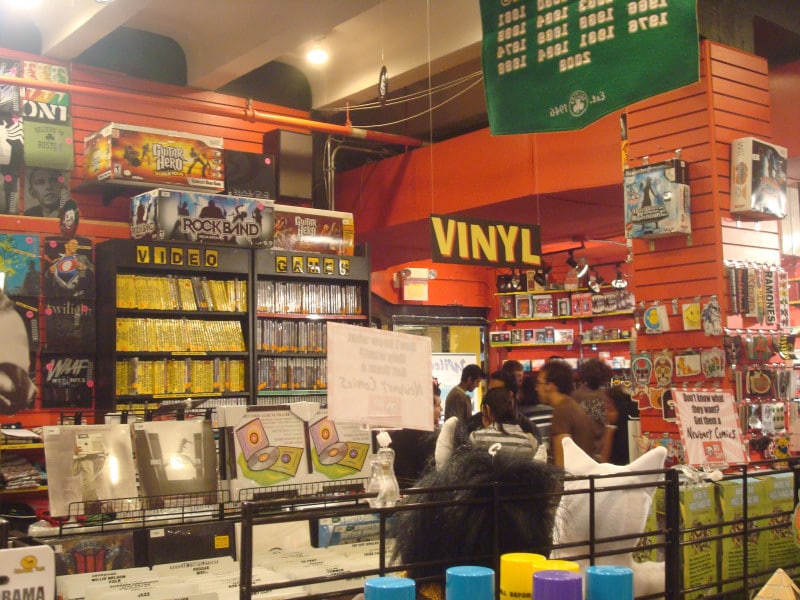 If you visit Cambridge, be sure to stop at Mike’s Pastry. It’s called “Home of the Cannoli” for a reason! The shop makes great baked goods, with numerous varieties of cannoli, plus various cheesecakes, cookies, cupcakes, and more.

Cannolis are tube-shaped pastries with a creamy filling. Mike’s offers flavors ranging from peanut butter to chocolate ricotta to pistachio. Boston visitors must experience a Mike’s cannoli at least once! 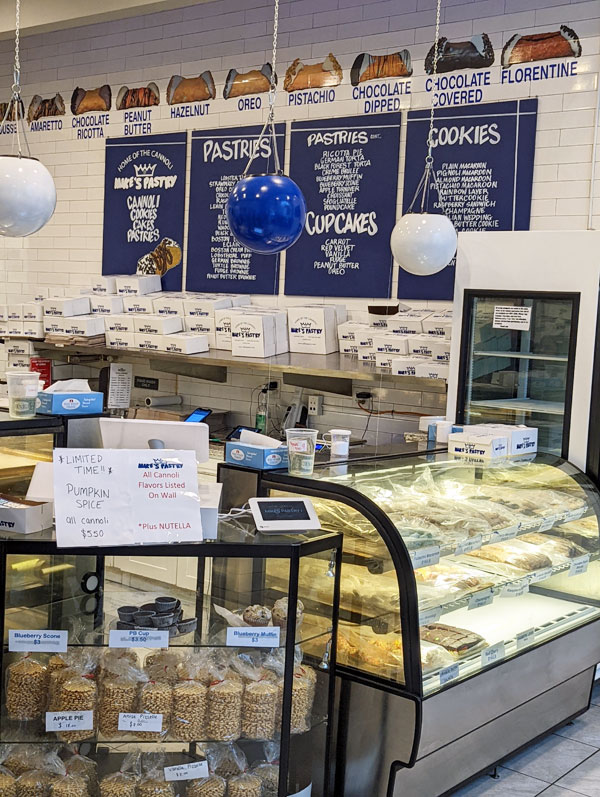 On the edge of the neighborhood, I encountered one of Cambridge’s coolest spots: Graffiti Alley. When I stopped by, artists were busy at work coming up with a new creation. 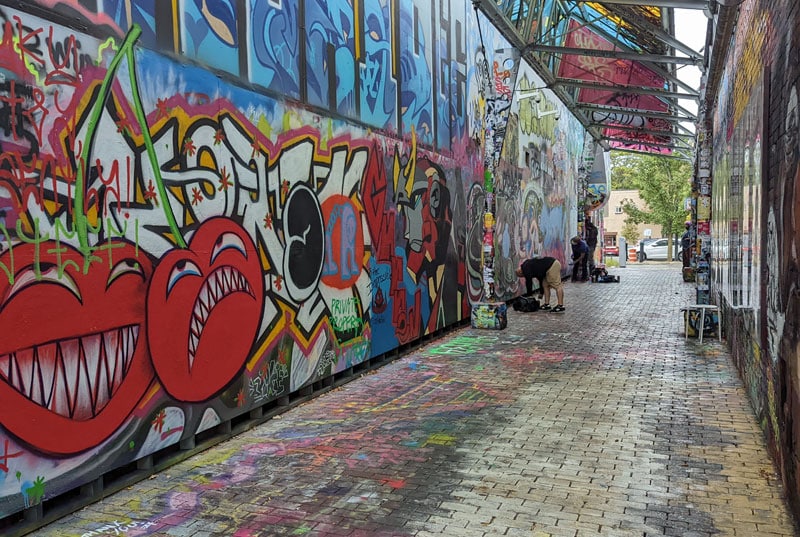 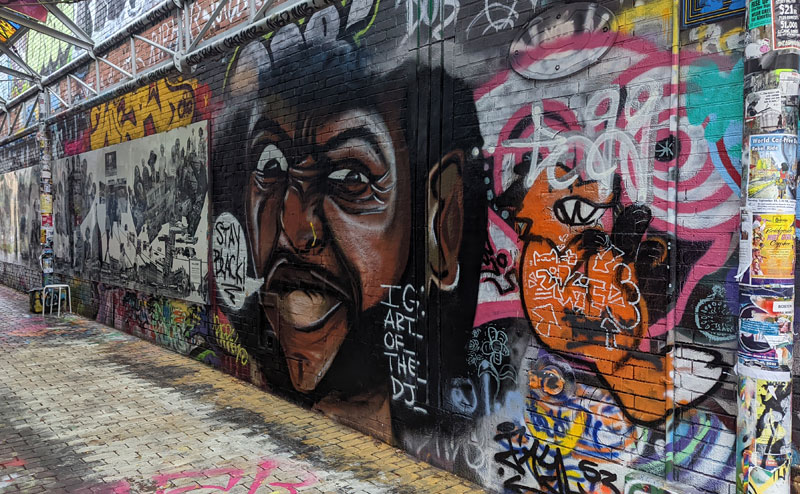 Perhaps my favorite part about the hood is that it’s just a place where people sit around and hang out. This small little park area had bicyclists, hackey sack players, lunch-eaters, and old guys reading books. Cool!

The official population of the city of Cambridge, Massachusetts is just over 118,000, making it the fourth-largest city in the state. Its population has been growing recently, so it’s on pace to match its all-time population high of 120,000, which was first achieved back in 1950.

Who are some notable people born and/or raised in Cambridge? Mindy Kaling of The Office and Jane Curtin of Saturday Night Live were both born in Cambridge. So was Oscar winner Matt Damon.

Other actors from Cambridge, according to IMBD, include Sam Waterston, Jere Burns, Steven Wright, and Dane Cook.

Have you ever hung out with the Cantabrigians in Cambridge?

5 thoughts on “Hanging With the Cantabrigians in Cambridge, Boston”