Hiking Mount Washburn in Yellowstone was a memorable experience – one of the most fun hikes I’ve ever taken.

Mt. Washburn is one of the highest points in Yellowstone National Park, with an elevation of around 10,200 feet. The peak was named after Henry Washburn, one of the expedition members from the 1870s who used to wash their clothes in Old Faithful.

You can climb Washburn in one of two ways: From Dunraven Pass or from Chittenden Road. I did both. Here’s the scoop.

How to Hike Mount Washburn on the Dunraven Pass side

On my first day in Yellowstone, I hiked up the Dunraven Pass side of the mountain. The weather was pleasant and people were wearing shorts, but as I moved higher (it’s a 1,393-foot elevation gain), it got chilly.

This route goes through forested areas, and it’s one of the last places in the park where the snow melts every year. For most of the trail, the snow was gone, but in some spots, it was a couple inches deep, even as temperatures were mild everywhere else in Yellowstone: 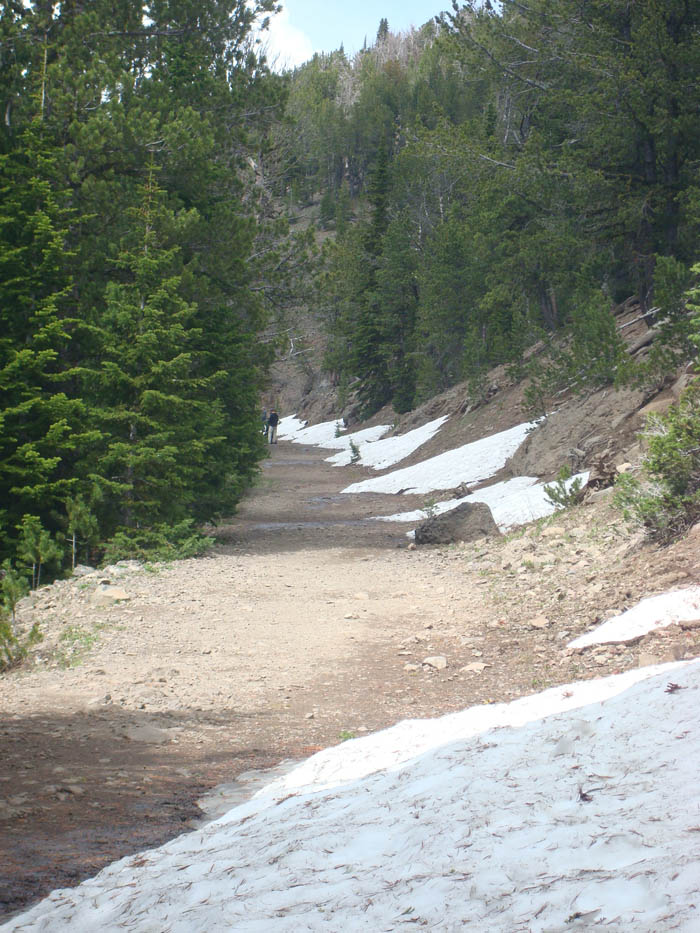 As I reached a lengthy series of switchbacks, I was hit with a blast of some sort of hail/rain/snow combination – a wintry mix, as they say. I thought it was really cool to experience snow during the summer. (And all this time I thought Vanessa Williams was full of shit when she sang, “Sometimes the snow comes down in June.”)

Fortunately, I was dressed for the weather with a long-sleeve hoodie. If you’re going to hike Washburn, taking some heavier clothes with you is a must, no matter what time of year.

I started feeling a little dizzy and thought I might be starting to feel altitude sickness. I’m not sure if that happens at 10,000 feet, but considering that only a few hours earlier I was at a much lower elevation in Wyoming, it seemed plausible. Not wanting to risk passing out up there, I stopped and turned around.

It was still an enjoyable hike, with great views, even though I didn’t reach the summit. 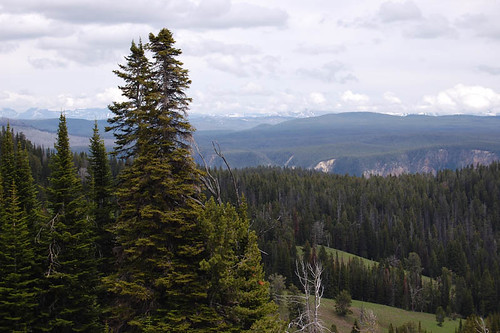 Hiking Mt. Washburn on the Chittenden Road side

Two days later, on my final afternoon in Yellowstone, I noticed that Chittenden Road was open. It had been closed the two previous days. Since I was still eager to see bears and bighorn sheep, I had to take the hike again.

If Chittenden Road is open, you can drive to a point partially up the hill, which leaves a 2.2-mile hike with a 1491-foot elevation gain. If the road isn’t open, you can still hike that side, but you’re looking at an additional 1.2-mile hike to reach the trailhead.

The Chittenden side has a couple of forested areas, but it’s mostly wide open, leaving lots of great views (which can lead to a lot of great Yellowstone pictures) and a better shot at seeing wildlife.

As I began the hike, I spotted bighorn sheep tracks. This was a great sign! 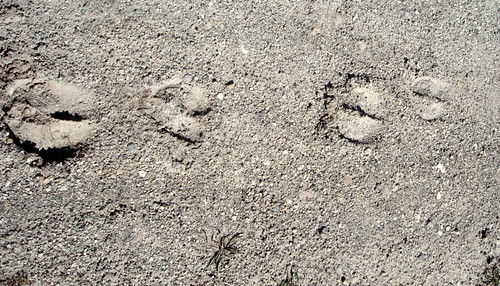 Then came the scary signs. Like bear tracks right on the dirt trail. And trees whose trunks had been slashed by grizzlies marking their territory. 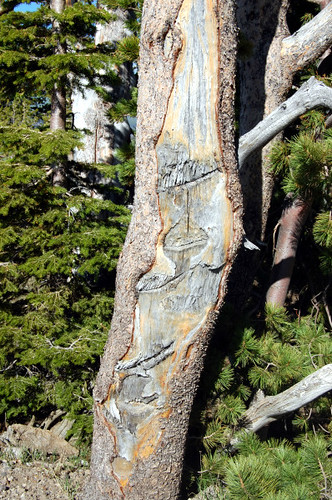 Having never seen a bear in the wild, I was pretty frightened, but I embraced the fear and continued onward. Shortly after reaching a nice open area, I spotted a group of people standing together and pointing.

Then, I saw the grizzly! 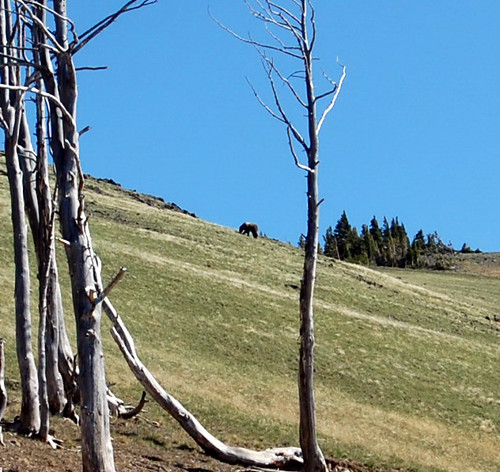 It was maybe 100 yards away, about the length of a football field. I snapped a couple of pictures and slowly began backing away, since it was heading in my direction. Before long, it turned around and went back over the hill.

Here’s a diagram of where I saw the bear.

Sadly, I did not reach the summit on the Chittenden side, either. Even after the grizzly disappeared, I didn’t want to keep walking in his direction. Plus, it was getting late in the day and I was alone – two no-nos when it comes to hiking near bears.

Those who make it to the summit of Mt. Washburn will find a fire lookout tower with a visitor center and restrooms. Overall, this is a medium-length hike that won’t be super-challenging for experienced hikers. Just bring your bear spray!

Washburn is one of the more popular hikes in the park, so be prepared. If you’re not interested in heading into the backcountry on your own, the Washburn hike is one of the better walks you can take through the park, full of panoramic views and opportunities to see wildlife.

By the way, if you’re wondering where else to see bears in Yellowstone, check out my guide on the park’s wildlife.

Have you hiked in grizzly bear country?