Surprisingly, there’s a Holocaust Memorial in South Beach, Miami, and it might be the most depressing place I’ve ever visited. Sobering and reflective, it’s a far cry from the party atmosphere just blocks away on the beaches of South Beach.

The gloomy atmosphere is intentional. When you’re telling the story about a horrific part of human history, you can either sanitize it to make it more appealing to the masses, or you can present the awful truth uncensored. This memorial obviously chose the latter line of thinking. 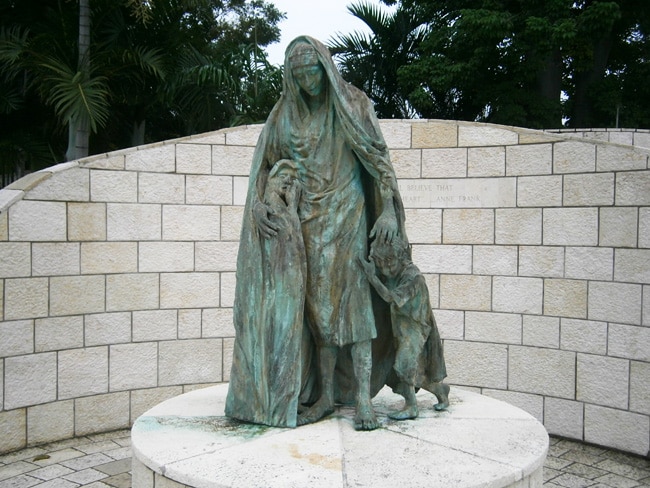 What You’ll See at the Miami Holocaust Memorial

The first sculpture visitors encounter depicts a mother holding her two frightened children, who are weeping uncontrollably. This statue is downright cheerful compared to what’s still to come.

The Arbor of History is a tunnel made of Jerusalem stone columns with granite slabs that have been etched with drawings, photos, words, and other reminders of the Holocaust. 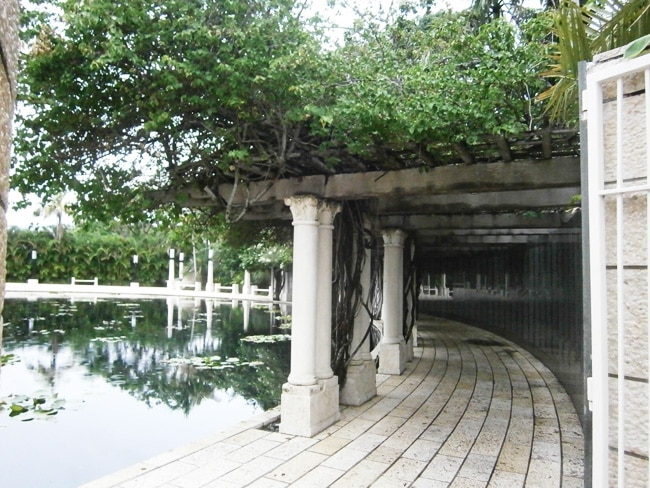 The centerpiece of the grounds is a hand reaching skyward, surrounded by a 200-foot diameter lily pond. It’s called the Sculpture of Love and Anguish.

Upon closer inspection, the hand is surrounded by dozens of emaciated naked bodies, some choking themselves, some helplessly crying out for assistance. There’s a lot more anguish than love. These are the faces of death. 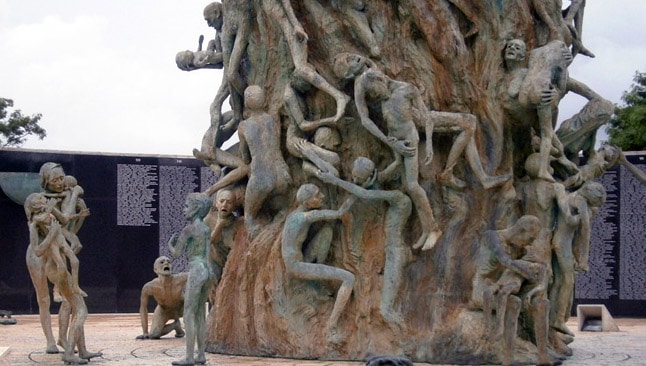 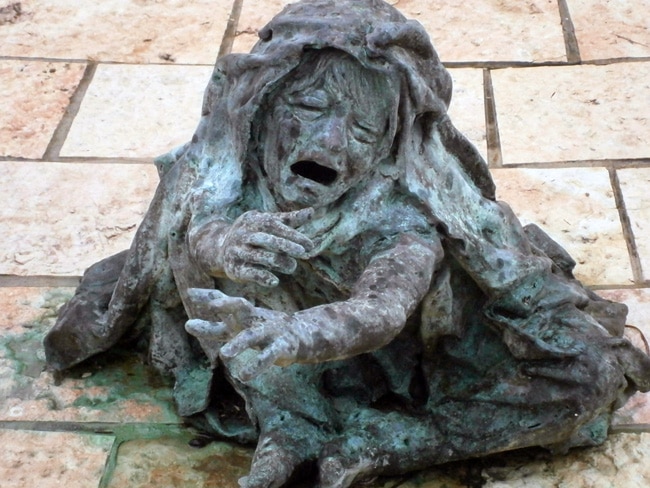 The Holocaust was one of the most horrifying events in modern history, and the Holocaust Memorial in Miami obviously doesn’t want anyone to forget just how awful it was. If you’d like to see it, head to Meridian Ave. between 19th Street and Dade Blvd. Admission is free and the memorial is open everyday from 9:30 am to sunset.

Here’s more info for your visit. While the memorial is definitely shocking, you may want to include it on your list of Miami must-sees, along with Little Havana and a day trip to see the alligators in the Everglades.