I don’t go to shopping malls much anymore, since my taste has drifted from Abercrombie and Macy’s to Goodwills and indie stores. But there’s one mall that really catches my eye: Horton Plaza in San Diego.

The architecture here is unlike anything I’ve ever seen from a mall. It’s like a 10-year-old designed it – sharp angles, bright colors, weird stairways, unusual geometry. 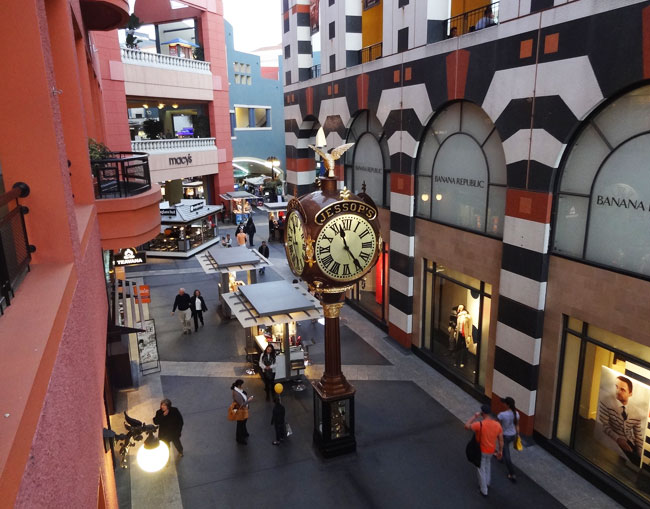 There are even giant-sized chess and checker boards. Score! 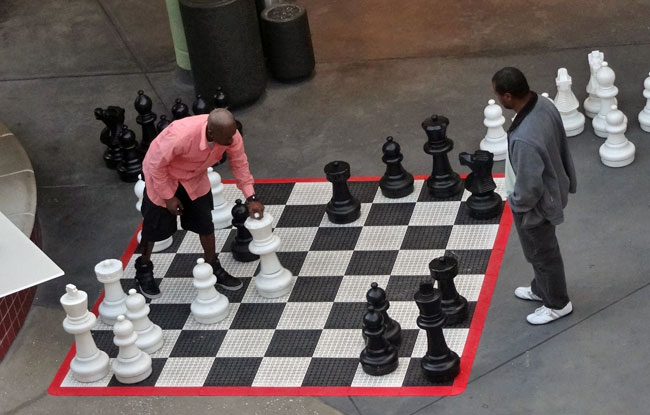 Oh, they also have stores here, including Starbucks, Macy’s, Nordstrom, Coach, Express, and the Madhouse Comedy Club. Horton Plaza is located right in the heart of downtown and has an attached parking garage. Horton Plaza parking can be found in various places in the area, though it may be a bit expensive.

Update: The mall has been steadily losing business and enduring closed storefronts in the years since this post was originally published, and it now appears that it won’t be around much longer. At least not in its current form.

Last year, the Westfield Horton Plaza complex was sold to Stockdale Capital Partners for a cool $175 million. They plan to turn it into “The Campus at Horton,” which will include office space, restaurants, retail, and entertainment options.

Sounds a lot like a mall, but perhaps one that is more modern and less reliant on large anchor retail stores like Nordstrom. That’s probably a smart idea given how retail stores and in decline. The target date for completion of this new version of Horton Plaza is fall 2020. So the Horton Plaza closing could end up being a good thing after a new and improved version emerges.

In other related news: In 2016, Horton Plaza Park opened. This park is located adjacent to Horton Plaza and aims to preserve the history of the plaza area. The Broadway Fountain was restored, and the 53,000-square foot park also has an amphitheater and lots of other outdoor spaces for families and adults.

Visiting the plaza may not be at the top of everyone’s list given how many other cool things there are to see in San Diego, such as the Maritime Museum, the San Diego Zoo, Cabrillo Monument, and the Kissing Sailor statue. But it’s worth a visit if you find yourself in the area.