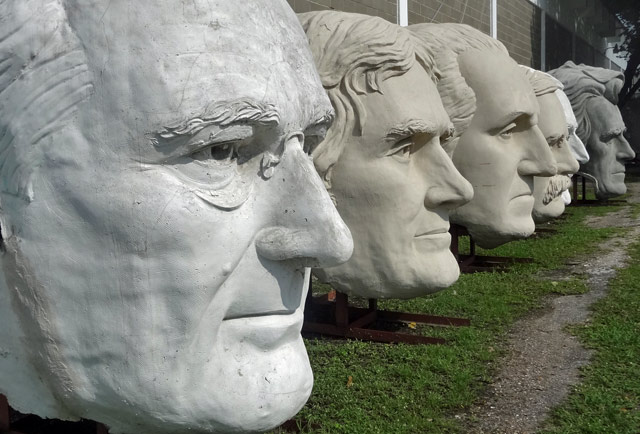 It’s President’s Day! We as a nation often take the time to honor George Washington and Abe Lincoln, but let’s not forget the likes of Howard Taft, Woodrow Wilson, and Lyndon Johnson. Those dudes deserve to be celebrated too, and thanks to artist David Adickes, they have their own giant sculptures in Houston, Texas.

I visited Houston a while back and found the massive heads sitting in an empty parking lot behind a Target at 2500 Summer Street. There were dozens of heads, and it was easy to walk up and examine them up close.

Not every president was represented, but most were, including everyone from Washington and Jefferson right up through George W. Bush and Barack Obama. 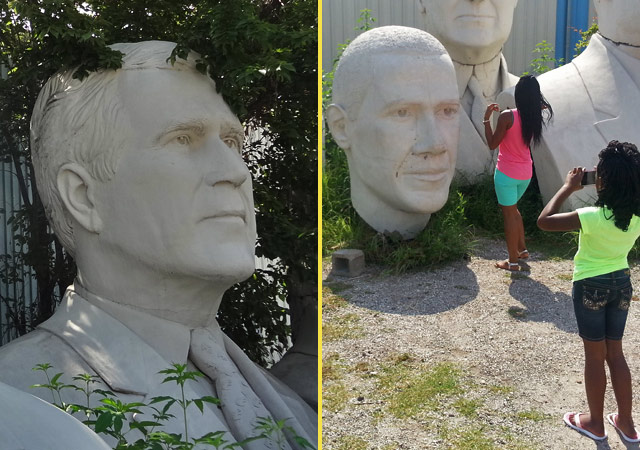 I had a chance to hang out with my buddy John Tyler. Gotta love those Whigs! 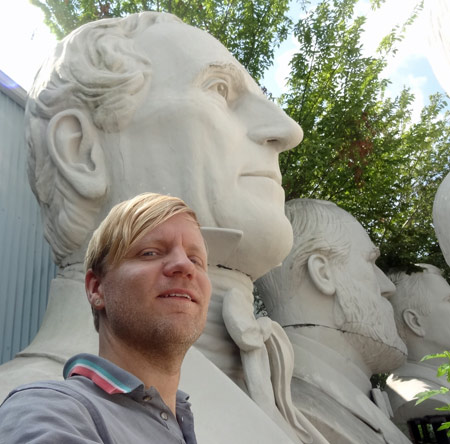 Sadly, since my visit, the artist apparently removed all of the presidents and relocated them inside a fenced-in private property at his new studio on Nance Street.

You can still walk by and see them, but you’ll no longer be able to get close enough to look up Martin Van Buren’s nose, feel the bumps on Ulysses Grant’s necktie, or gently caress Andrew Jackson’s glorious updo. 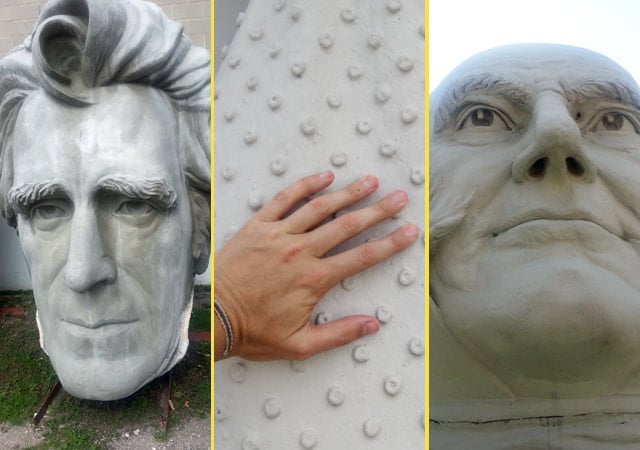 I’m not sure why the artist chose to move the sculptures to a less-accessible place, but it could be because they weren’t entirely finished. A few of the sculptures were headless torsos, and a few of the heads didn’t have bodies.

The upside of that unfinished quality was that quirky visitors could climb inside for a cool photo. 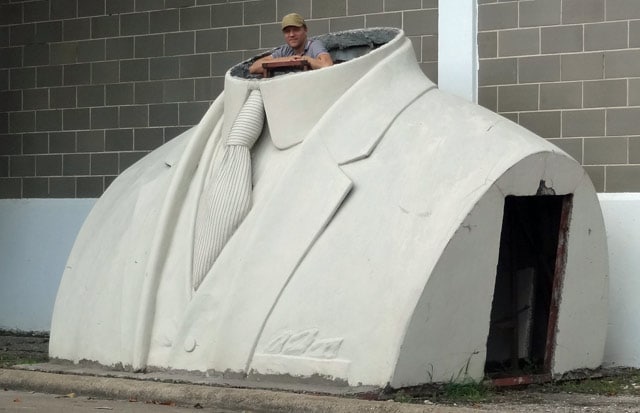 In any event, here’s hoping he finds a proper place to display these heads again, because they’re one of Houston’s quirkiest attractions.

The Beatles Statues in Houston

David’s giant Beatles sculptures have also been moved to the fenced-in Nance Street property as well. In 2017, they were moved to 8th Street Brewery so they could once again be publicly viewed by gawkers and tourists. But now they appear to have been removed again, and may once again be back at Nance St.

These sculptures were awesome to see. They depict Ringo, George, Paul, and John in Sgt. Pepper-era garb as they play their instruments. Yes, I just became the first person ever to list Ringo first when naming the Beatles. Woohoo Yellow Submarine! 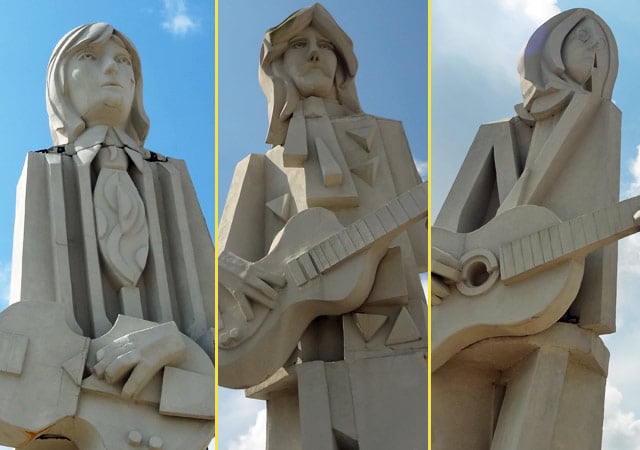 The Fab Four and the presidents once mingled together. Hopefully they can be reunited someday. 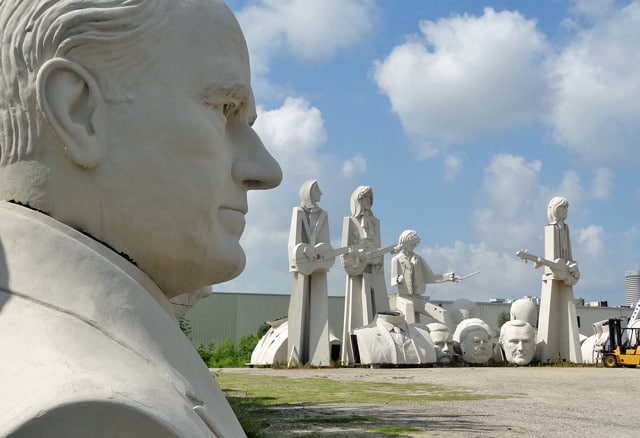 Adickes is currently 92 years old. A recent news report suggested that he’s trying to move the 44 Houston president heads to his hometown of Huntsville, but that has not happened yet. It’s apparently still in flux due to funding and logistical issues. Hopefully they’ll be back on display soon!

Would you prefer to see the Houston president heads or the Beatles statues?