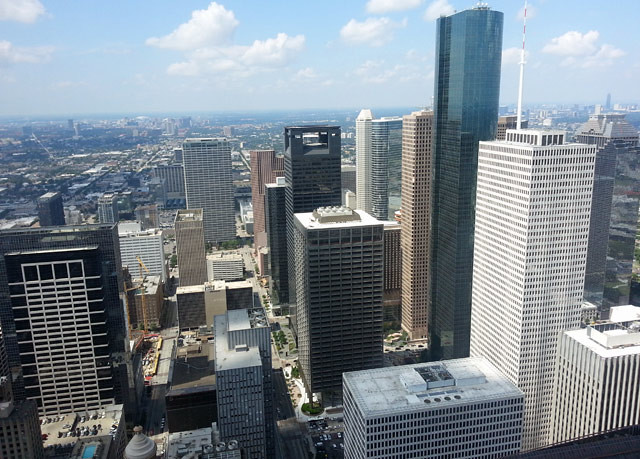 Houston in the summer is hot. Really, really hot.

But the city did something very smart decades ago by creating a series of underground walking tunnels downtown to allow people to move about the area without ever having to set foot outside in the sun.

Experiencing Houston from below ground is cool. But it’s also possible to see Houston from above, at the Chase Tower Observation Deck on the 60th floor of one of the city’s tallest buildings.

Here’s what it’s like to see Houston from above and below.  This is what I learned from visiting JP Morgan Chase Tower and the Houston tunnels!

UPDATE: The JP Morgan Chase observation deck is now permanently closed to the public. Keep reading to see the former view from the deck.

The tunnel system covers 6 miles and 95 blocks. It’s essentially a subway system for pedestrians. The great thing is that it’s not just empty tunnels down there. The tunnel system features stores, restaurants, food courts, and other common areas. There are even dentist offices down there!

I was in town on a 95 degree day, so the tunnel pretty much saved my life. It allowed me to get around the city instead of just sitting in my hotel room all day long with the air conditioner on full blast.

The tunnel system is very complex. You could easily get lost here. I did a few times, actually. The subterranean world contains stores and businesses around every corner. The Underground Mall is kinda fun. 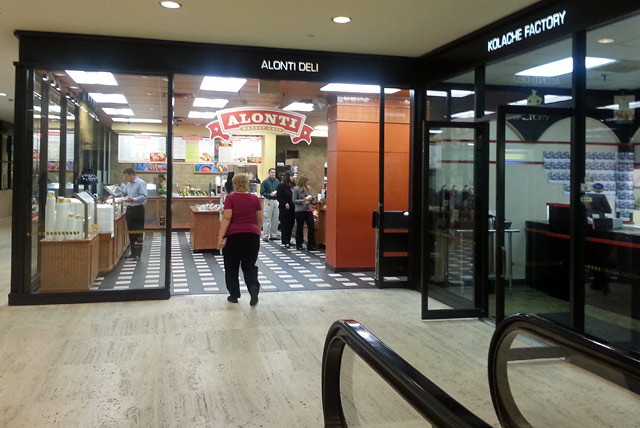 When you’re ready to see Houston from above instead of below, head to JP Morgan Chase Tower. You can get there via the tunnel, of course. 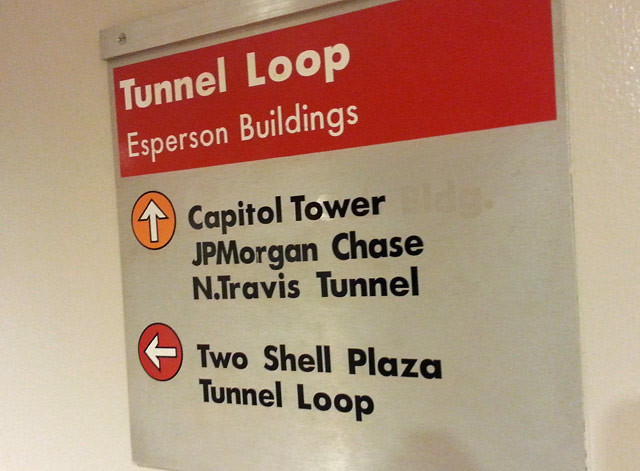 Getting up to the 60th floor observation Chase Tower “sky lobby” is easy thanks to the building’s elevators, which offer only two options: Ground Level and floor #60. 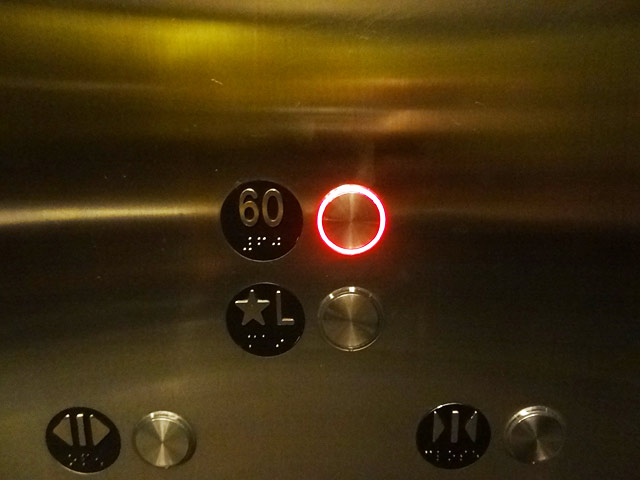 The sky lobby is a large room with 13-foot ceilings and big windows allowing for a panoramic view of the Houston skyline and the city below. Some of the sights from above: 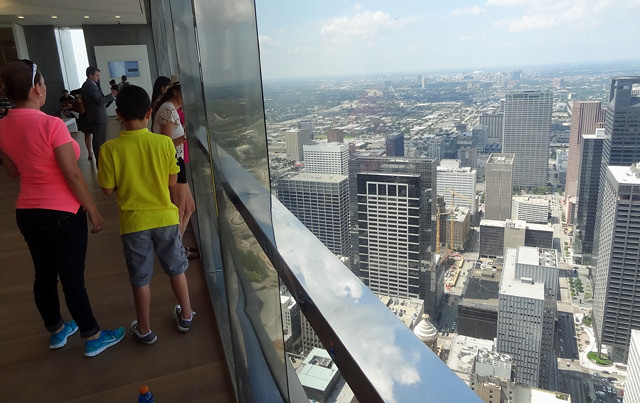 The JP Morgan Chase Tower observation deck is a wide open space, with tall windows and plenty of room to walk around. You can get views of the skyline, the nearby highways, the river (where you won’t find alligators), and the rest of the Houston metro area. 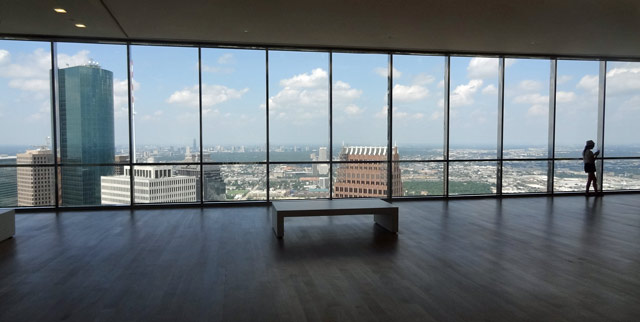 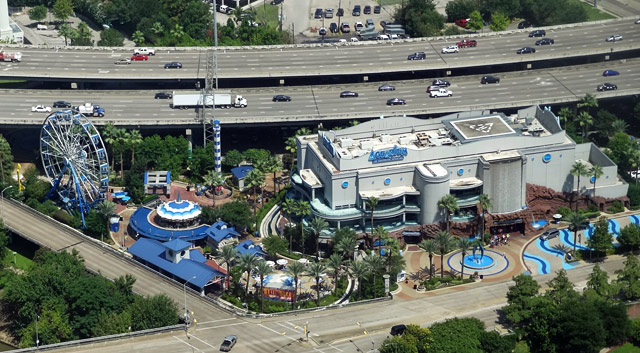 Being up here feels like being in any observation deck, such as CN Tower in Toronto, City Hall Tower in Philadelphia, Coit Tower in San Francisco, or the Tribune Tower in Chicago. 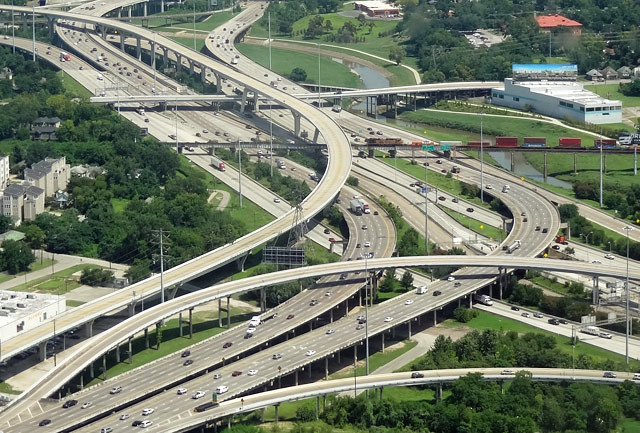 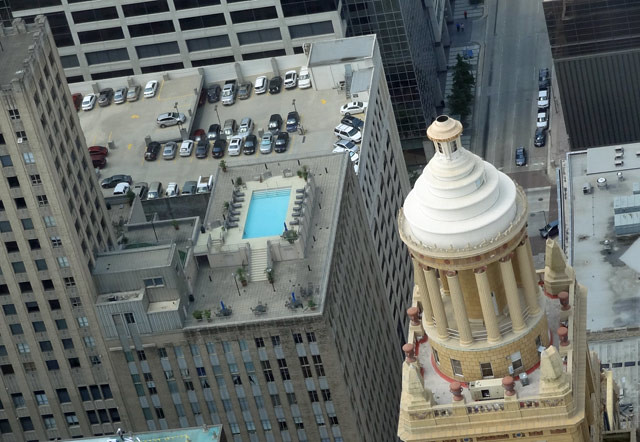 Houston is one of the few cities that allows for such diverse views from above and below, and I highly recommend checking out both. Seeing the city from hundreds of feet up makes everything look like Mr. Rogers’ neighborhood and really puts into perspective just how small we really are in the grand scheme of things.

While you’re in Houston, consider checking out the Houston Art Car Museum for fun, artsy vehicle designs, or the Rothko Chapel if you want some time for quiet contemplation. And don’t forget about the quirky presidential head sculptures!