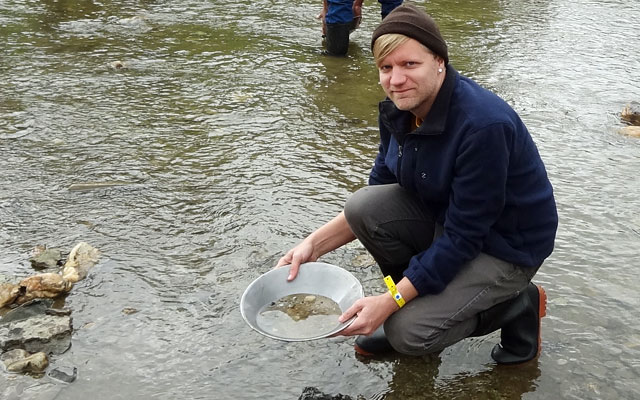 I can officially add “Found real gold in the Yukon” to my list of life achievements.

The dream of many tourists gold panning in the Yukon is to recapture the thrill of the old Gold Rush days by finding their own gold. I did just that during a gold mining tour with Goldbottom Mine Tours in Dawson City. Real gold! How thrilling!

So just how rich have I become after this life-changing experience? Well, here’s what my gold looked like: 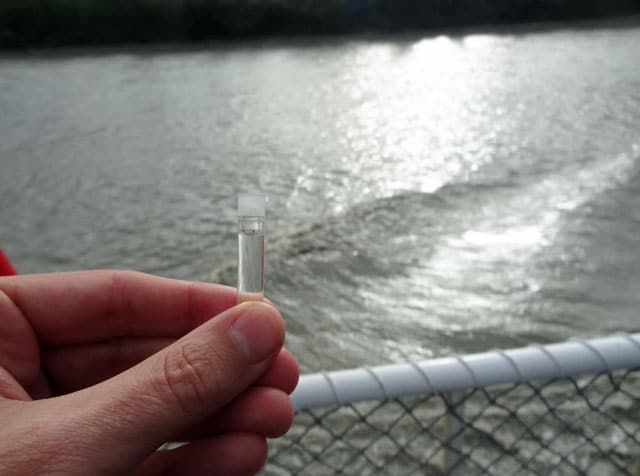 Can’t see the gold? Okay my friend, let’s zoom in a bit: 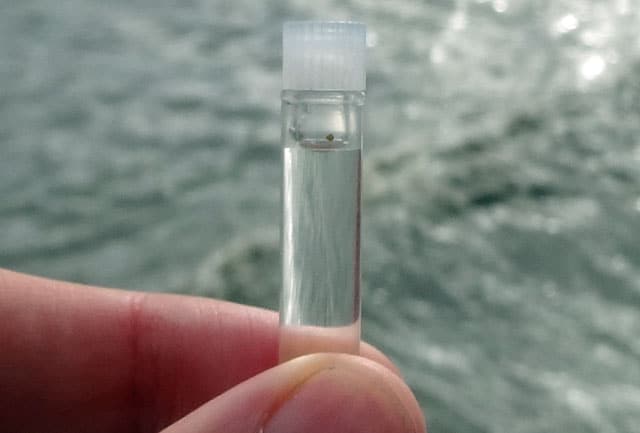 See that tiny spot at the top of the water line inside the tube? The speck that is barely visible with the naked eye? That’s a piece of gold dust.

What, you were expecting a giant chunk of gold worth thousands of dollars? No, if that had happened I wouldn’t be writing this post – I’d still be partying and celebrating.

How much is a speck of gold dust worth? I was told its value would be a couple of cents, at most.

So, yes, you can find real gold during a gold panning tour. Just don’t expect to get rich. The folks guiding the tour said that on rare occasions, people do find something of value. The largest piece found by a visitor this summer was a small nugget valued at around $200.

Considering that admission to one of these tours is $55 per person, your chances of breaking even are virtually nil. And the gold tour companies are making a killing.

Gold Panning in the Yukon Pictures 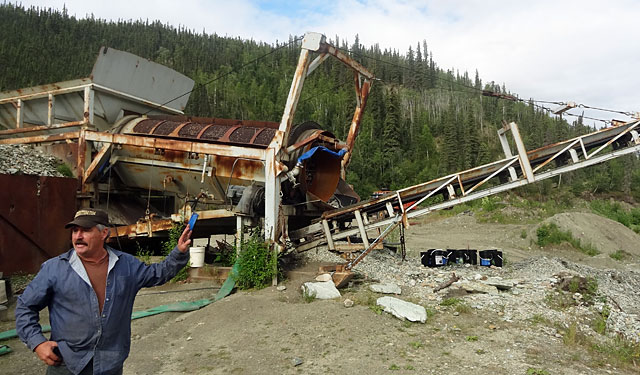 Since you won’t get rich during a gold panning tour, the main reason for attending is simply to have an authentic gold panning experience and turn back the clock to 1898, just like the original Dawson City settlers who came during the Gold Rush. Each guest is given waterproof boots and a gold pan, as well as instruction on how to sift out the rocks.

Gold is heavier than normal rocks, so the process of dunking the pan in water and letting it flow back out will eventually leave only the heaviest minerals in the pan. If you’re lucky, one of them might be gold.

At Goldbottom, in addition to trying your hand at gold panning, you’ll have the opportunity to tour the mine, which is still in use today. Gold mining remains a lucrative activity for companies with the right equipment. These machines dig out hunks of earth and eventually spit out pieces of gold. The largest piece ever found on the property is currently valued at about $10,000. 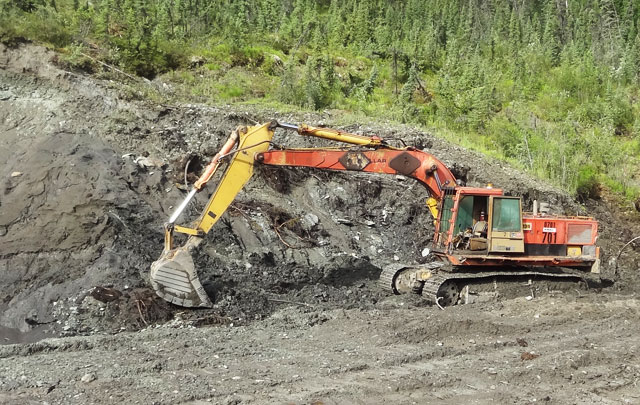 This little spinny blue contraption takes piles of small rocks and sediment and filters out everything that’s not valuable, turning a dish of mixed materials (top right) into a dish full of clean gold (lower right.) 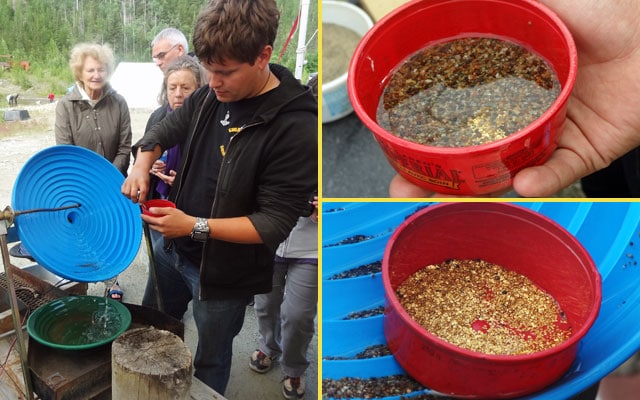 The other very cool thing about this particular site is that it’s a hotbed of archaeological activity. They’re constantly finding old bones when they dig up the earth. I was told that most of these bones belonged to bison. 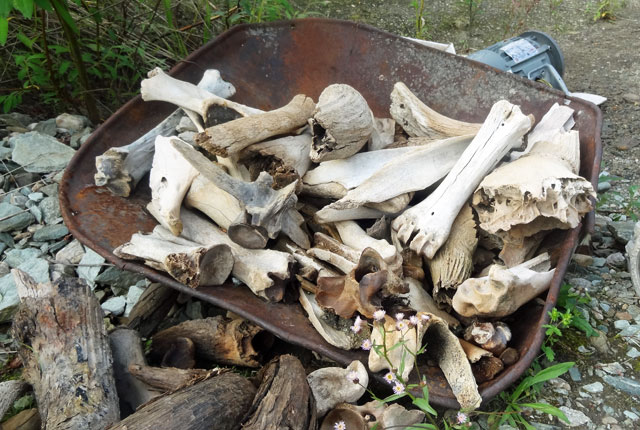 And these are woolly mammoth teeth. Each one is about a foot long. 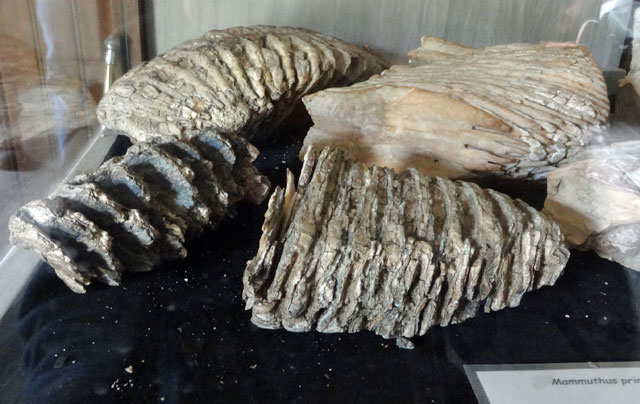 While you’re in town, don’t forget to join the Sourtoe Cocktail Club!

Would you participate in a tour of gold panning in the Yukon?

Note: My visit to the Yukon territory and to Goldbottom Mine Tours was made possible by Tourism Yukon.

12 thoughts on “I Found Real Gold While Gold Panning in the Yukon!”