The moment I met the town caveman, I realized that living in Dawson City, Yukon was not like being in other places.

Caveman Bill, as he’s known, lives in a cave, literally. Located across the Yukon River from downtown, his abode is the size of a small apartment. He’s added some outdoor walls, a front door, a wood stove, solar panels and a generator to run his electronics. The place is cozy and comfortable, and he’s been living there for nearly two decades, like it’s no big deal.

Bill is one of the many quirky things about Dawson City, a town of less than 2,000 people located eight hours south of the Arctic Circle and three hours from the Alaska border. 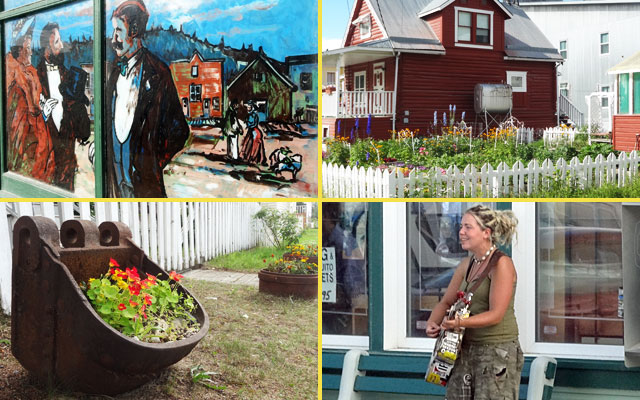 I’ve done enough traveling to know rather quickly when a place truly feels like home, and three days in Dawson City convinced me that I could live here. While I took part in a number of fun activities while in Dawson, my lingering impression of the town is not the river cruise or the Sourtoe Cocktail experience or the view from the Midnight Dome lookout. It’s all the people I met.

I was taken aback by how genuine everyone was. Folks really wanted to chat and learn about me, and they felt pride in their town, which they were eager to show off. I’m used to walking down the street at home in Chicago and not making eye contact with anybody, so it was refreshingly old-fashioned to smile and exchange hellos with strangers.

Here, when people bump into a friend on the street, they don’t wave and keep going; they stop and chat. What’s the point in being in a hurry?

Combine that welcoming atmosphere with a super-laid-back vibe in which folks are free to do their own thing, whether it’s hiking in the nearby hills or staying out until the wee hours of the morning in a former brothel that has been converted into a popular pub, and the idea of living in Dawson starts to sound very appealing.

Why Dawson City Oddly Reminds Me of Key West

Dawson City reminds me of one of my other favorite cities: Key West, Florida. That might sound like an odd comparison, but bear with me on this one. Both are small, somewhat isolated communities that are tight-knit and friendly as a result of that remoteness.

In both cities you’ll find a lot of brightly colored houses, an equal number of colorful personalities, lots of bicycle riders, plenty of art and culture, backyard vegetable gardens everywhere, and an easygoing, almost hippie-ish vibe.

Both cities even have boardwalks! Because of the permafrost ground in Dawson, concrete sidewalks are not a viable option here, so all the sidewalks are wooden boardwalks raised a couple feet off the ground.

Replace Key West’s oceans with mountains, its watersports with winter sports, and its wild chickens with dogs, and you have Dawson City.

Who knew there was a legit three-day music festival this far north? One of the best illustrations of Dawson’s appeal is the Dawson City Music Festival, which takes place each July. I was in town for the ’13 edition, which felt like a mini-Bonnaroo. 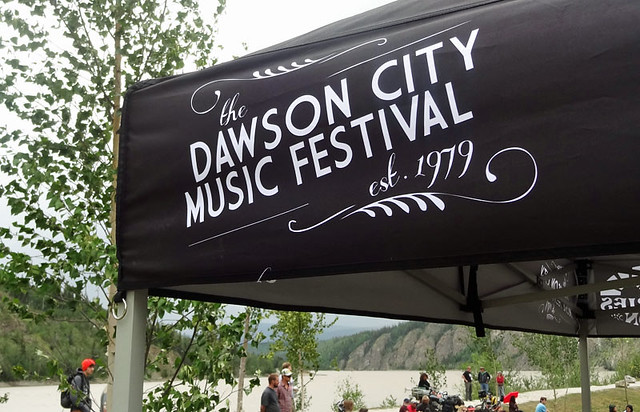 People came from all over Alaska, Yukon, and British Columbia (and some from much further away) for the experience. Visitors camped out at nearby hostels and campgrounds. Some couchsurfed with local residents. I heard more than one story of a Dawsonite waking up to find a complete stranger sleeping on his couch during the fest.

One resident told me she had left her front door unlocked, as she normally does, and when she saw a surprise guest on her sofa the next morning, she wasn’t alarmed – she just wanted to make sure the stranger was alright. How’s that for hospitality?

The thing that amazed me about the DCMF itself was how virtually nobody took photos during the performances. Everywhere else in North America, when you go to a concert, fans are constantly pulling out their cameras and cell phones to capture low-quality pics and videos.

It can be distracting when you’re around so many people who want to document the performance rather than actually living in the moment and experiencing it.

But in Dawson, people actually sat back and enjoyed the music. They also danced, sang along, and generally soaked in the vibe. Some got drunk in the beer tent and partied until well into the morning. When the sun shines for 20 hours a day and the music goes until 2 am, why not get a little crazy?

The DCMF has been bringing folks to Dawson every year since 1979. Co-founder John Steins – a former mayor of the city – told me that the spirit of the community is a huge reason why the fest exists at all. He noted that the event has no catering for bands; meals are donated by local volunteers.

John said that’s a big part of why there are no egos at this event. If an artist shows up with even a shred of primadonna attitude, it goes away quickly when he or she realizes that in this no-frills town, nobody gets special treatment. 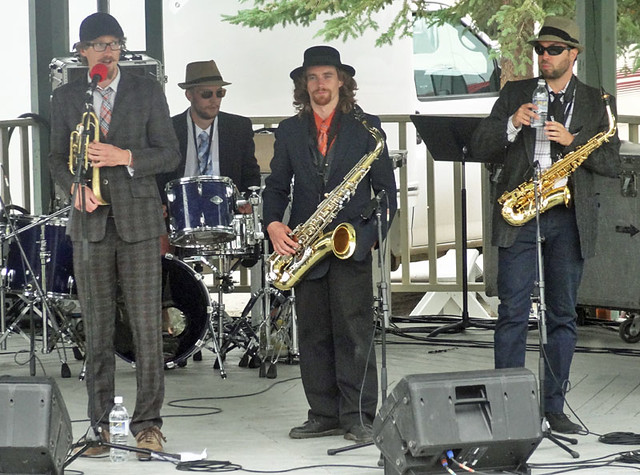 The bands at the DCMF tend to be up-and-coming acts as opposed to well-known artists. The only name I recognized on the schedule was Bonnie “Prince” Billy, a respected folkie whose acoustic set lived up to expectations.

Other acts that won me over included the Brass Knuckle Society, a Yukon-based band who served up infectious old-time music performed with a youthful energy; Zeus, a peppy rock band from Toronto; and Bill Stevens, a Native fiddler who has been performing for decades and whose expertise on the instrument blew me away.

Quirks and Hurdles of Living in Dawson City

Life in Dawson is not without its drawbacks. There’s no hospital, though one is in the works. There’s no dentist – he retired years ago and no one came to replace him. To give birth, most women drive six-plus hours down to Whitehorse (better leave a few days ahead of time!)

Mail now arrives five days a week (up from three), but shipping doesn’t always make it to Dawson, so online purchases may require a drive all the way to Whitehorse for pickup.

Prices are more expensive too. As you can imagine, transporting fresh produce up here is costly, which is partly why so many people grow their own veggies. Aside from basic salads, there aren’t a ton of vegetable dishes on restaurant menus. Be ready for a steady diet of meats and starchy carbs! 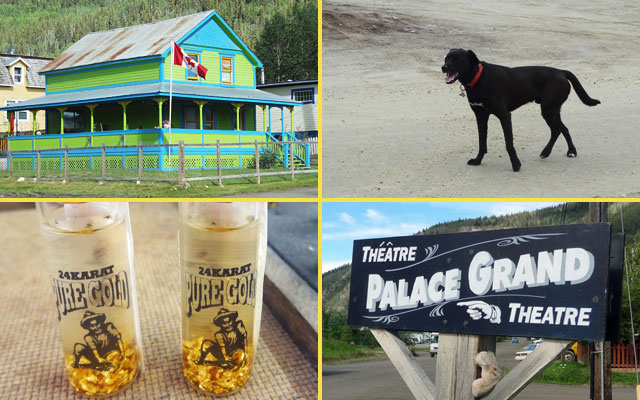 And then there’s the weather. During my July and August visit, daytime temperatures were close to 70 degrees Fahrenheit. But in the winter, things get rough, and a lot of folks leave town for warmer surroundings.

The temps get so cold (the average high temperature in January is minus-8, while lows can get down to -40 or -50) that nearly every restaurant and bar shuts down during the winter. When that happens, locals reinforce the tight-knit vibe of the community by meeting at each other’s houses for weekly potlucks and pizza nights.

Annual snowfall is about five feet, which is not as much as you might expect for a location so close to the Arctic Circle. The problem is that because of the climate, snow that falls in October might not melt until May.

None of those negatives would dissuade me from coming back to Dawson. In fact, for years now I’ve romanticized the idea of spending an entire winter in a remote cabin somewhere in Alaska, where I can sit inside in peace and solitude and do some writing next to a warm fire. After visiting and getting to know this place, I’ve decided that if I ever follow through with that winter writing dream, I will definitely do it here in Dawson City.

If you need more motivation to visit, check out our list of fun activities in Dawson City, including panning for gold and seeing the kissing buildings.

Would you consider visiting or living in Dawson City?

Note: My visit to the Yukon was made possible by Tourism Yukon.