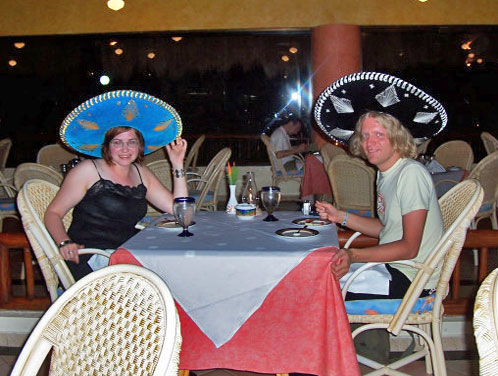 I made this half-joking vow to my new friend Erin as we dropped our entry forms into the box at the movie theater on the South Side of Pittsburgh.

We had only known each other for a couple of months, having met on MySpace back in 2005 when people legitimately used social media sites to make new friends, as opposed to simply reconnecting with old ones (I miss those days…)

Erin and I went for a walk around the South Side one evening, with no real plans except to chat and hang out. At one point, she had to pee, so we ducked into the movie theater. While she went to answer nature’s call, I noticed a box on the ticket counter.

Whatever, I thought. I had never won anything in my life, except for a plastic mug bearing the logo of my high school back in a 7th-grade school drawing. This contest appeared to be sponsored by a local radio station and the prize was a trip for two to the tropical destination of your choice. 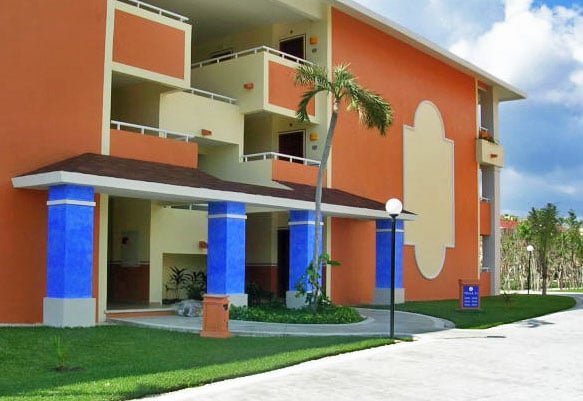 I had time to kill, so I grabbed the only writing utensil available, a dull pencil in my backpack. As I recall, I had to bite off some of the wood to get the lead to emerge so I could actually write with it.

I didn’t bother to fill out most of the form, because I didn’t want spam or junk mail coming my way. So I listed my name and phone number, but I ignored the email section and probably used a fake mailing address.

When Erin returned she filled out one too, and we agreed to take each other if one of us won. I completely forgot about the contest about two minutes after I walked out of the theater, and that was that.

Imagine my surprise a couple weeks later when I got a call from a guy at the radio station, informing me I was one of five finalists for the prize. To win, I had to compete in a scavenger hunt at the South Side Works that weekend.

I didn’t know what this scavenger hunt would entail, but assumed it would involve being given a list of items and having to run around and find the stores that sell them. So I spent the three days leading up to the contest going into every store in the mall, memorizing which items could be found in which places.

The day of the event, I sized up my four competitors. One young woman had just gotten married and was hoping to use the trip as her honeymoon. Her tearjerker story may have made her the sentimental favorite to those watching, but I was unmoved. I had a vacation to win! 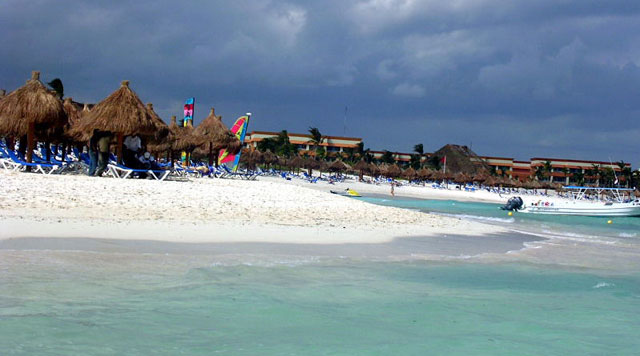 (I think she ultimately finished second, by the way. How excruciating that must have been. Life’s a bitch sometimes, right?)

It turns out that my advance studying was unnecessary. All we had to do was unscramble a list of store names, run to those stores and pick up a piece of paper from the register at each place, and run back to the starting point. As a fit young adult male, I had an unfair advantage.

I raced around the mall from store to store, and when I made it back to the start, I discovered I was the first one there. I had won! Because my friend had a weak bladder and I was a fast runner, I won a trip to Cancun!

I called Erin to give her the good news, and over the coming weeks we planned our amazing vacation. Seven nights at an all-inclusive resort just south of Cancun.

I don’t even remember the name of radio station. Sorry, guys. But thanks for sending me to Mexico!

People really do win those things.

(Details of the trip itself coming soon.)