I’m wrapping up Vancouver month on the blog with a photo essay of pics from my time in the city. Some of these were taken a few years ago (hence the sushi store that’s no longer in business), but taken together they present a pretty accurate picture of the city. 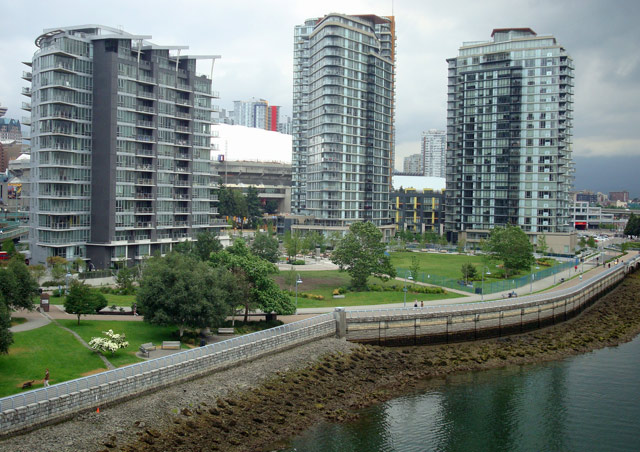 I took this photo because that classic VW van stood out in front of the modern apartment building. I must have this van!: 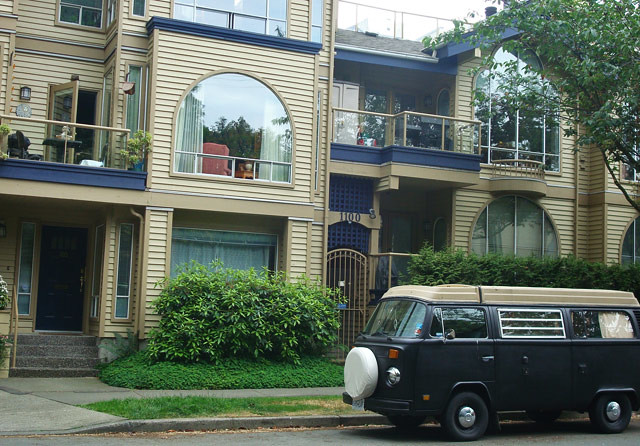 I spent a fair amount of time wandering around the parks and beach areas. Not surprisingly, it wasn’t warm enough to swim. 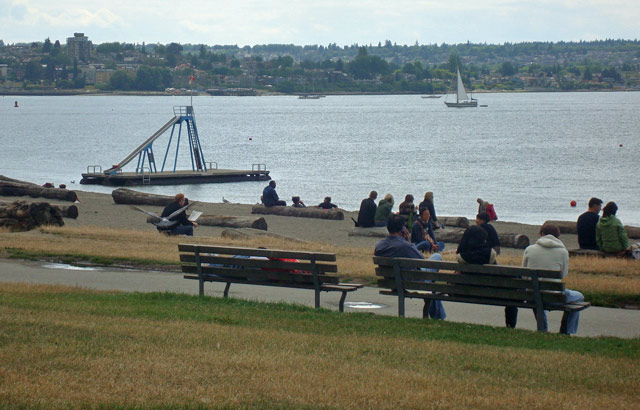 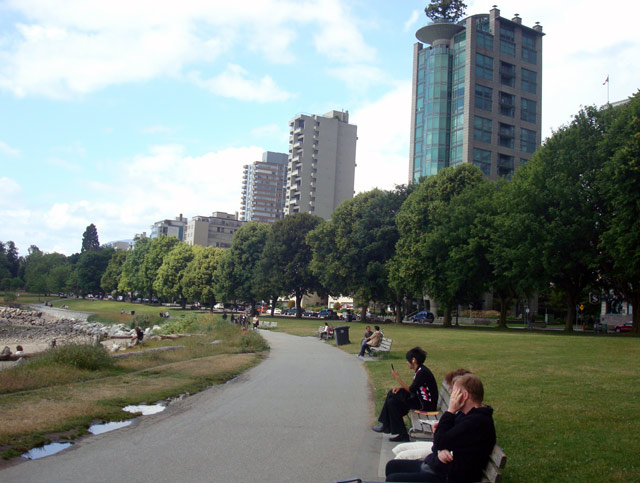 I loved this art piece and the way it contrasted with the colorful skyscraper behind it. 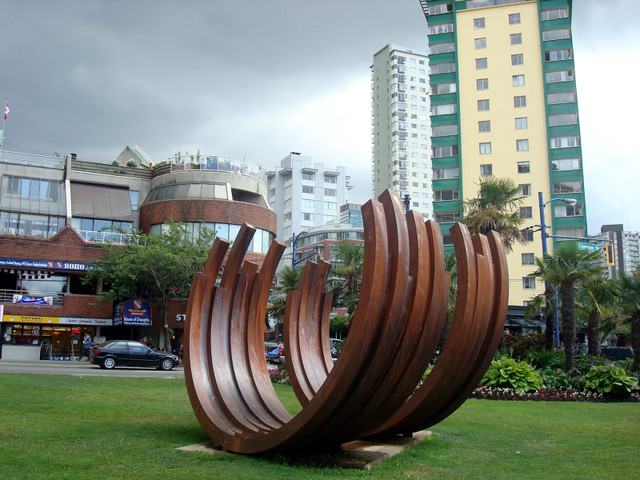 Most of the skyscrapers in Vancouver look exactly the same. It’s very strange, and kind of unsettling. 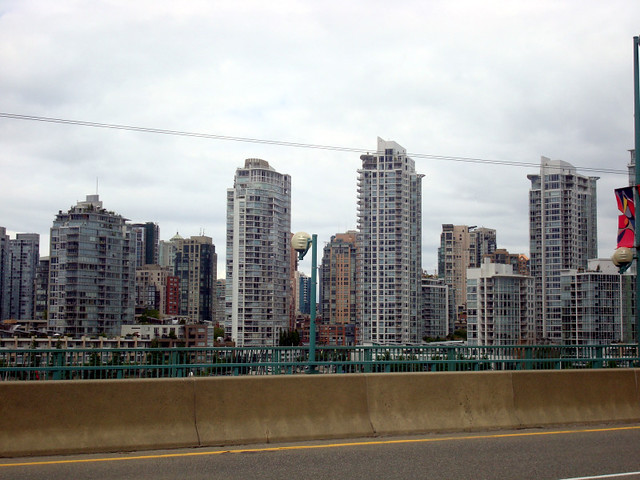 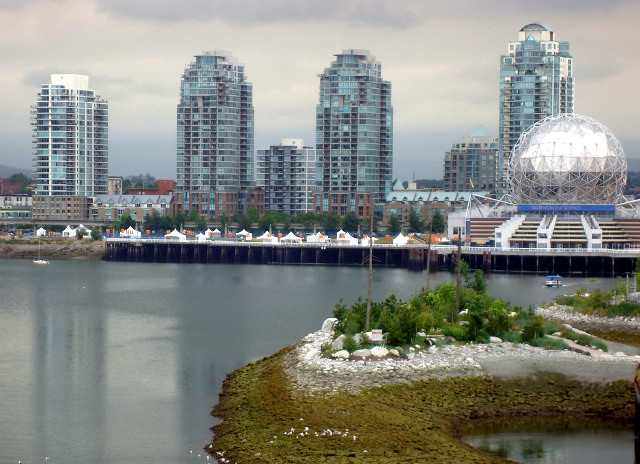 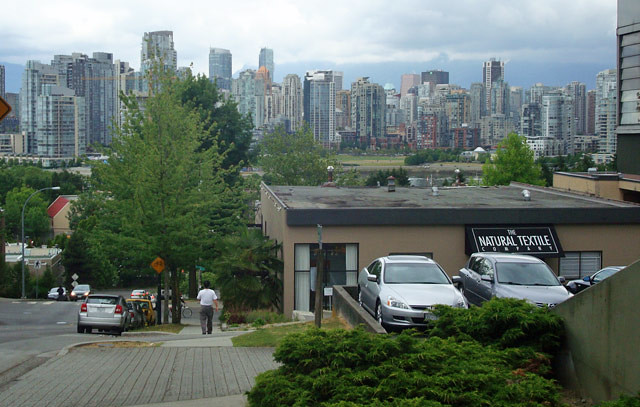 Going into the neighborhoods was fun, because I got to see cool sights like this. A ravioli store! That’s what you call an extremely specific niche. 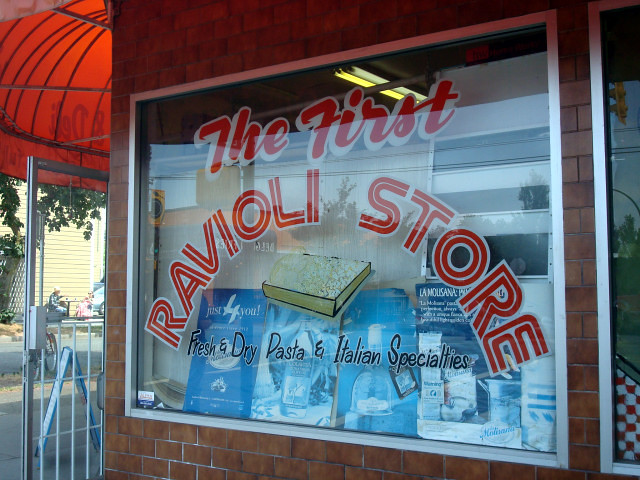 This sushi place had a cool outside decor and a nice view. Sadly, it is no longer there. 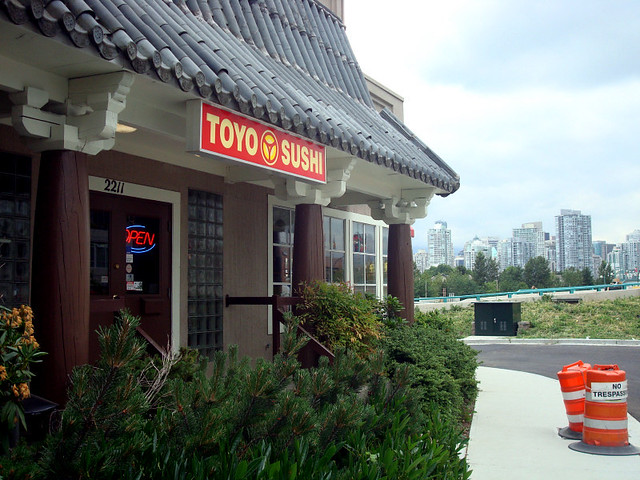 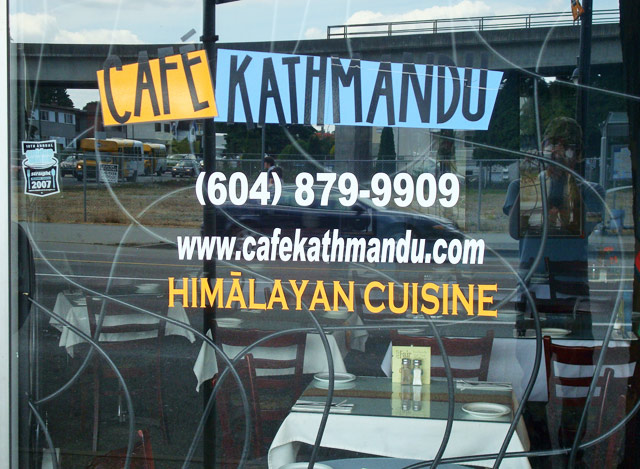 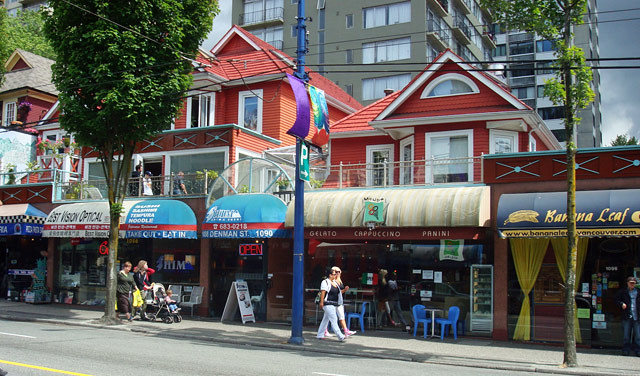 I had occasion to walk across a bridge, which led to some interesting sights both on the bridge… 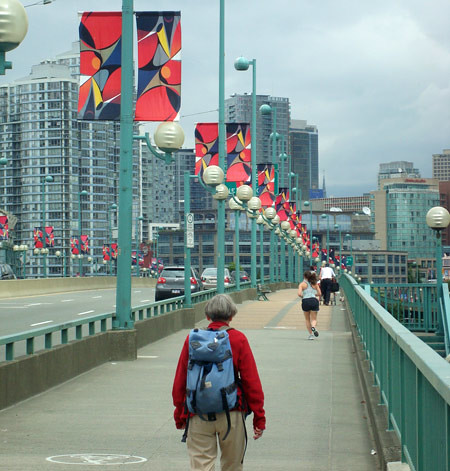 … and below. Look at all those cop cars! 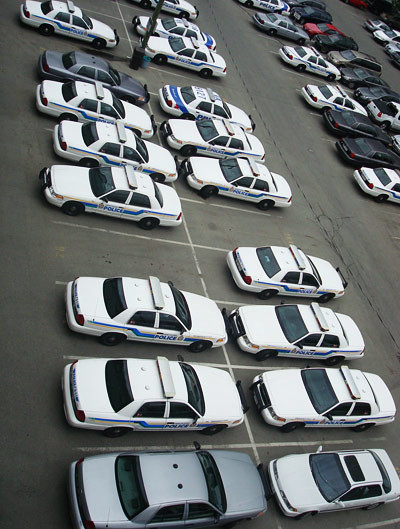 Another look at the Lions Gate Bridge from Stanley Park. 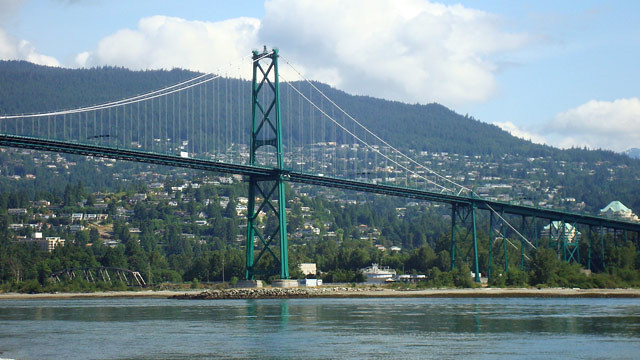 The sights across the river. 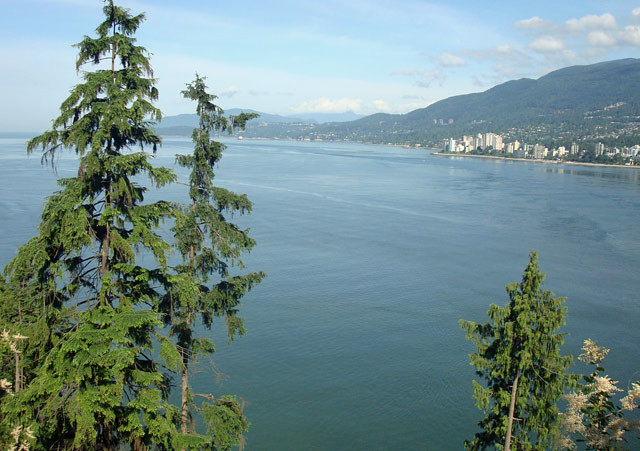 Look how cheap gas is in Canada! Except it’s in Canadian dollars… and it’s per liter, not per gallon. 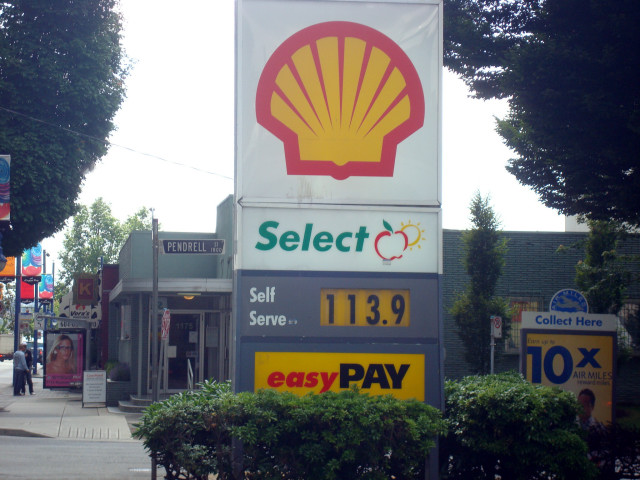 Vancouver has some weird street signs. To me, this one says “Watch for grown men playing bocce”: 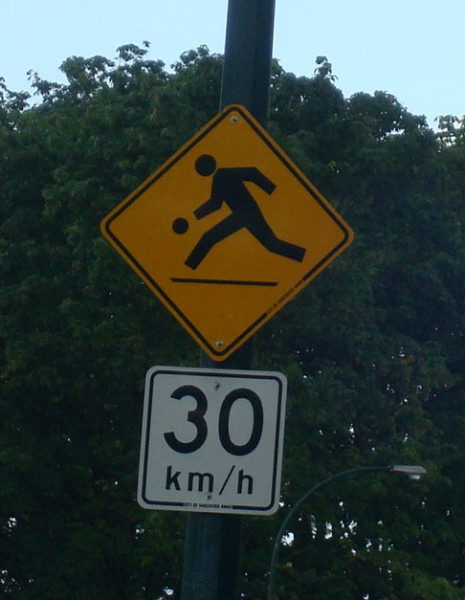 And here’s another odd sign. I think it means that there are cameras at the stoplights, but I love that the picture is one of those old-timey Andy Warhol-style cameras. 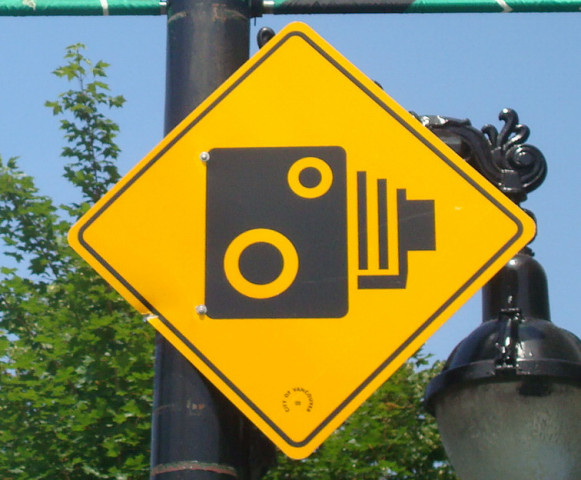 I’ve never seen a high-rise apartment building with this much greenery. Gotta give them credit! 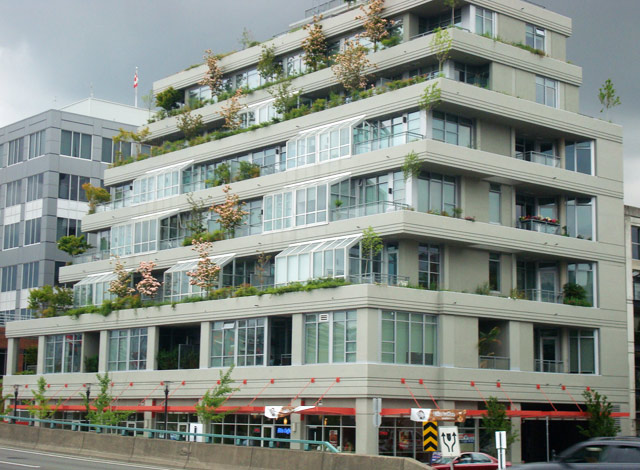 I had a chance to see an in-store concert by punk rocker Andrew WK at Neptoon Records. It was a wild and crazy show that I will never forget. 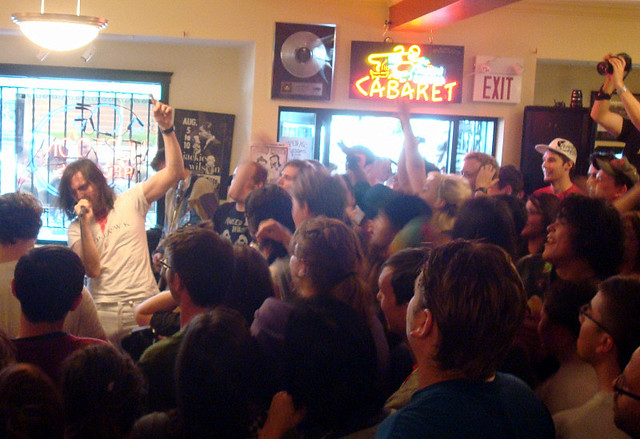 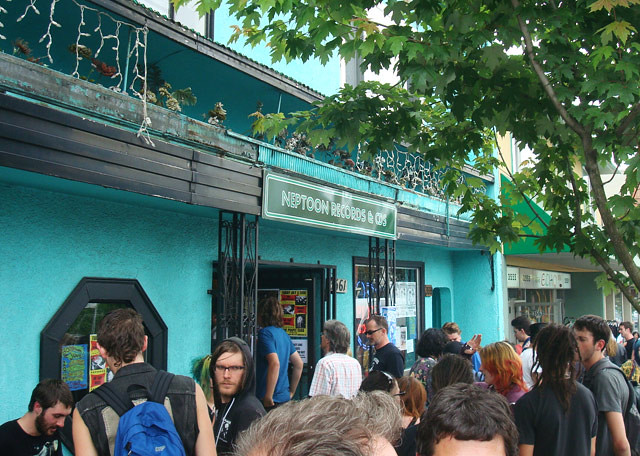 A random scene from a neighborhood church: 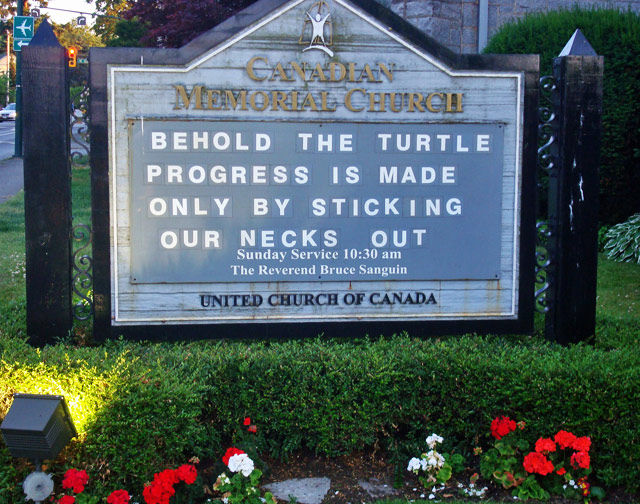 More scenes from amid the skyscrapers, including an urban garden: 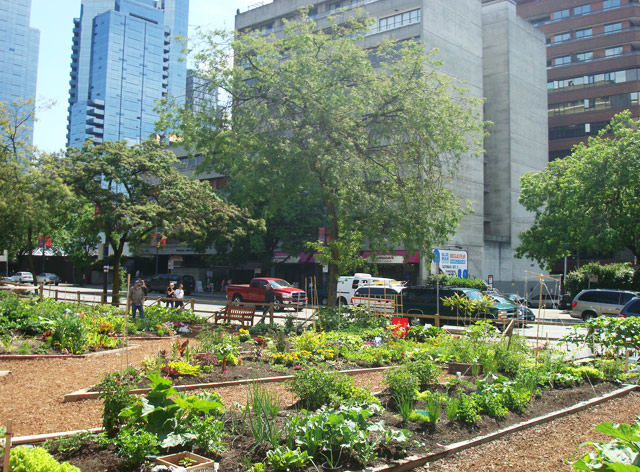 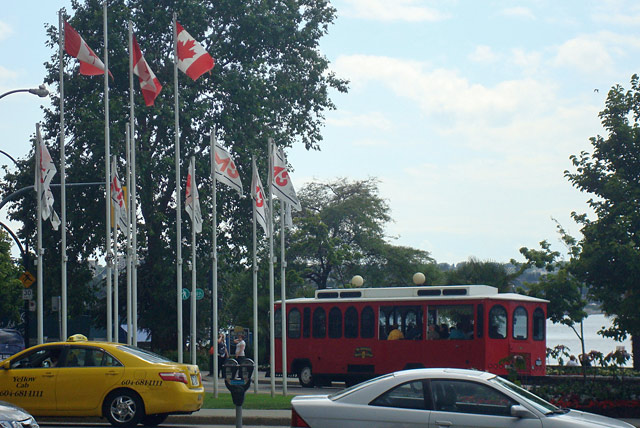 Last updated on: Sunday, August 26, 2018
Share
Tweet
Pin1
READ NEXT
Down to the Wire: In Search of the Northern Lights in Downtown Reykjavik