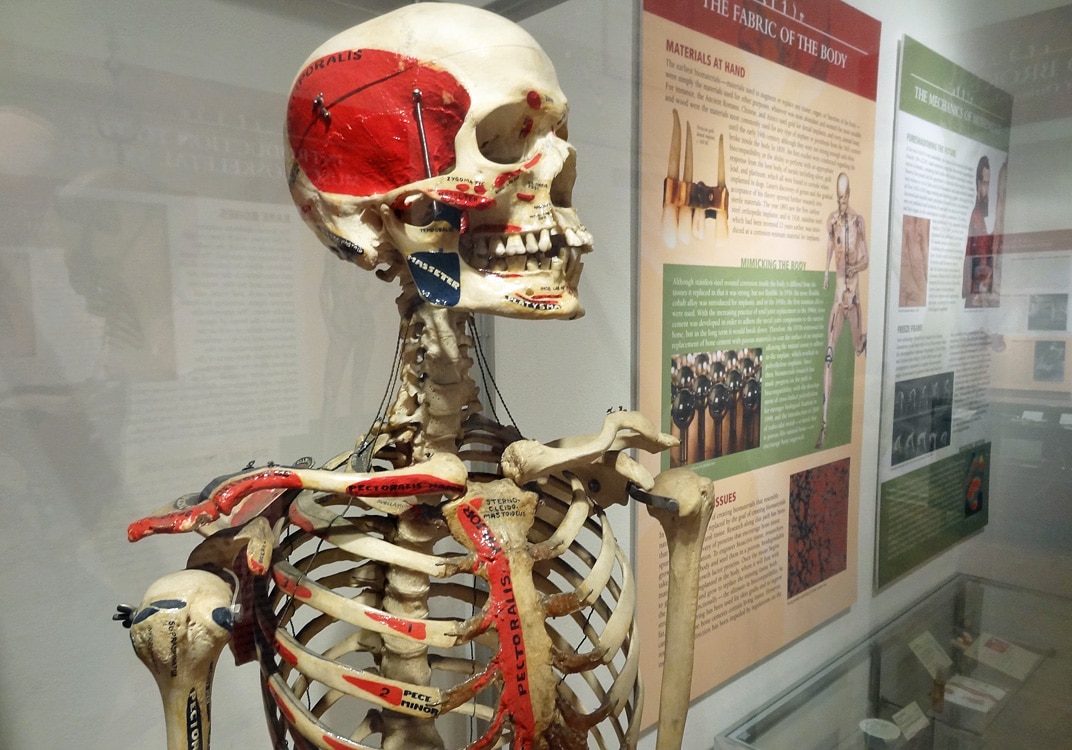 When it comes to quirky medical museums, Chicago has one of the best. The International Museum of Surgical Science is just what it sounds like – a facility dedicated to the history of surgery. Here you’ll find everything from vintage stethoscopes and wheelchairs to medical-themed artwork to statues of famous medical innovators like Hippocrates and Louis Pasteur.

Here’s a peek inside the museum to give you an idea of the kinds of exhibits you might see when you visit.

What You’ll See Inside the Museum 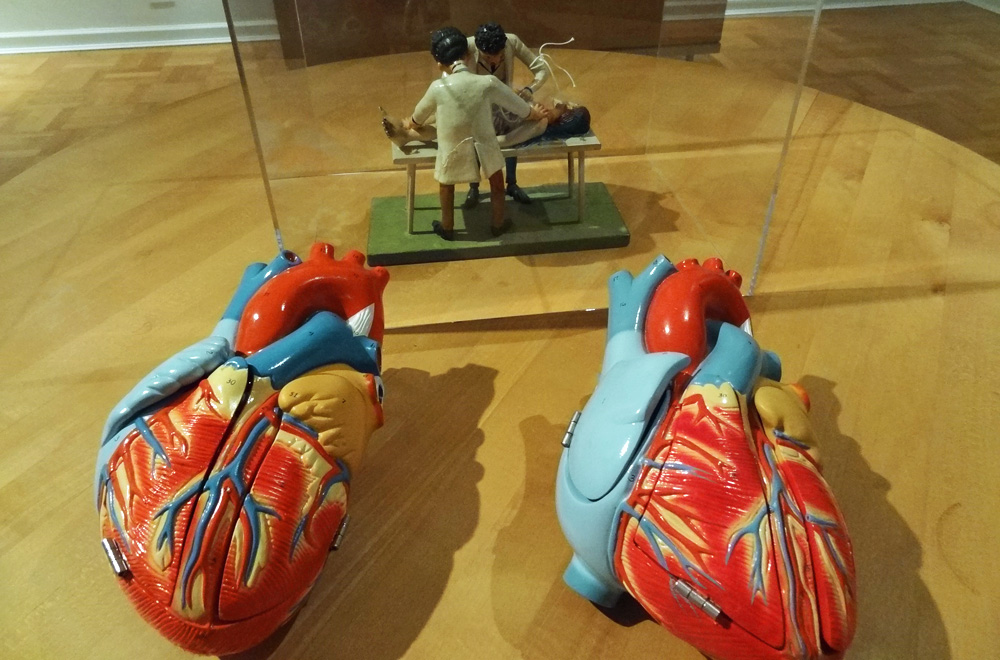 The museum claims to be “North America’s only museum dedicated to surgery.” The IMSS doesn’t seem to be as widely-known as Philadelphia’s Mutter Museum, a medical museum known for its skeleton specimens. But it’s just as quirky and odd.

Check out this wheelchair from 1780. You can barely even see the wheels on this wooden contraption, but there are two wheels on the front. This looks awkward and uncomfortable, but I’m sure it was useful in its time. 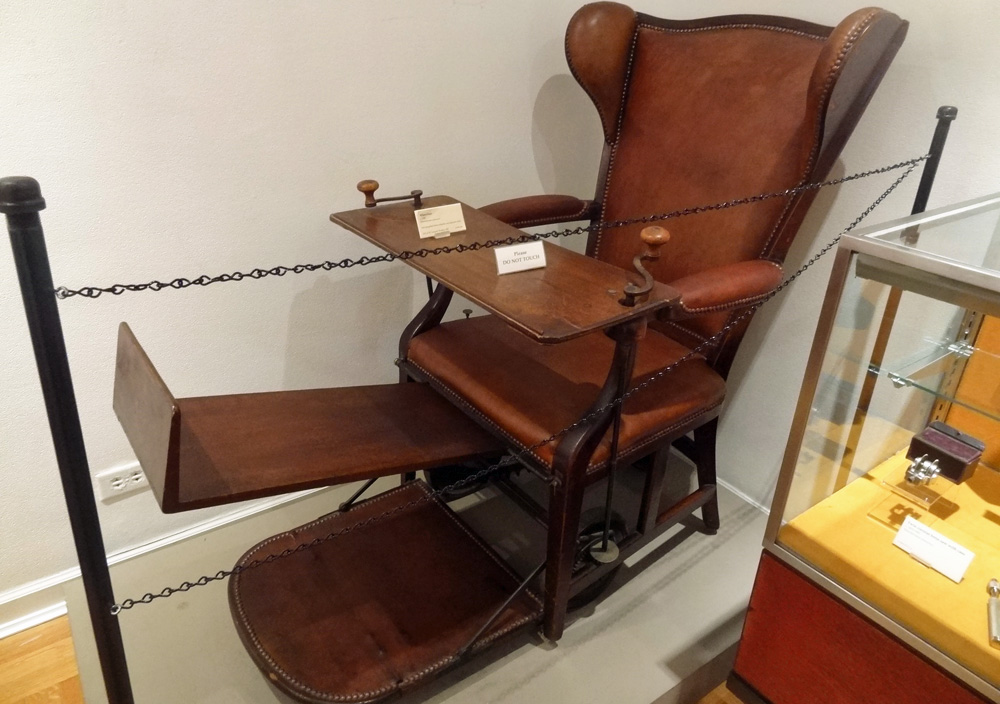 There’s a dental room on the first floor. On display is this dental x-ray machine from 1920. 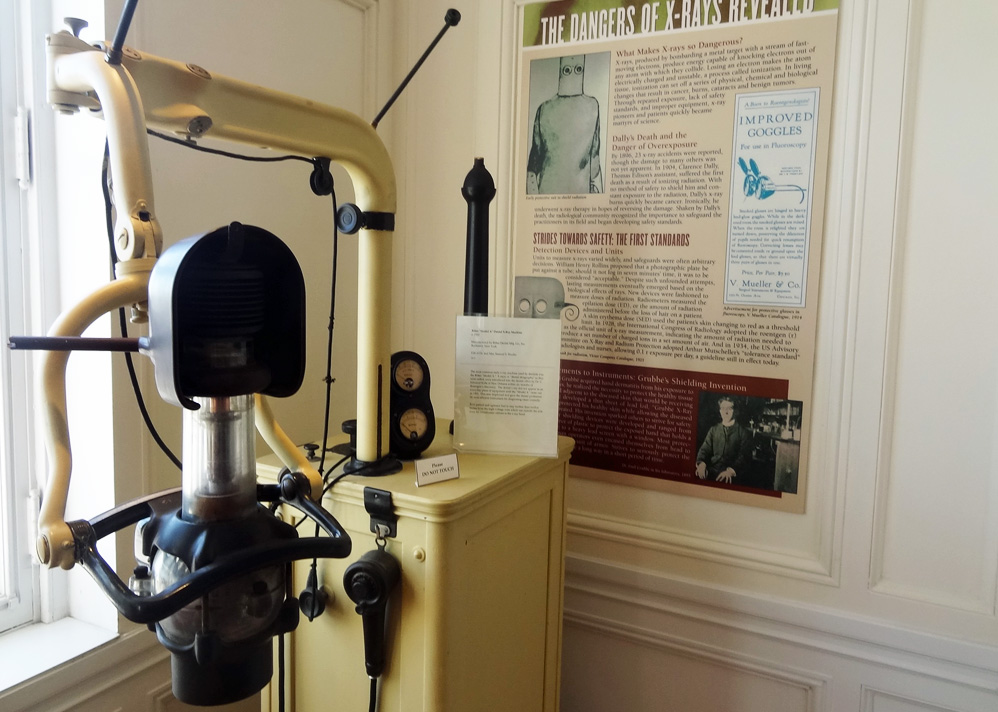 These skulls are incredible. They were found in a tomb in Peru and date to about 2000 B.C. The large holes in the skull show evidence of surgery known as trephining. The Incas used to drill a hole in the skull to remove a piece of bone as a treatment for headaches, epilepsy and mental illness. Scholars say that more than 50% of patients survived the surgery, as you can see from the new bone formation growing inside the holes. 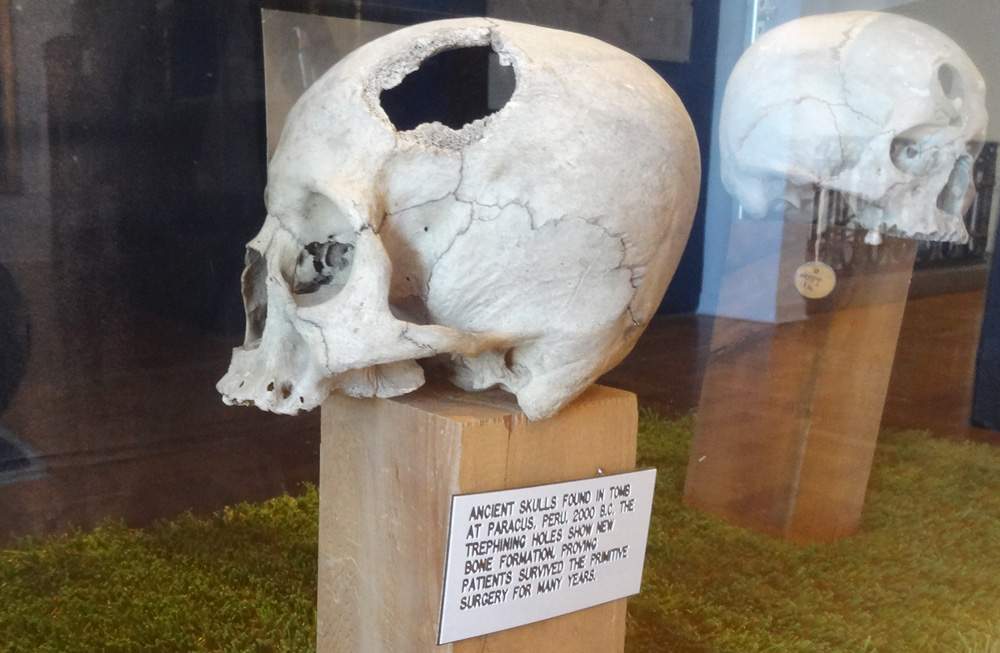 It’s a little odd that this museum combines medical equipment with artwork. That was a decision made in 1998 in an effort to expand the museum’s audience. So as a result, we’re treated to this bust of Florence Nightingale, the “founder of modern nursing.” 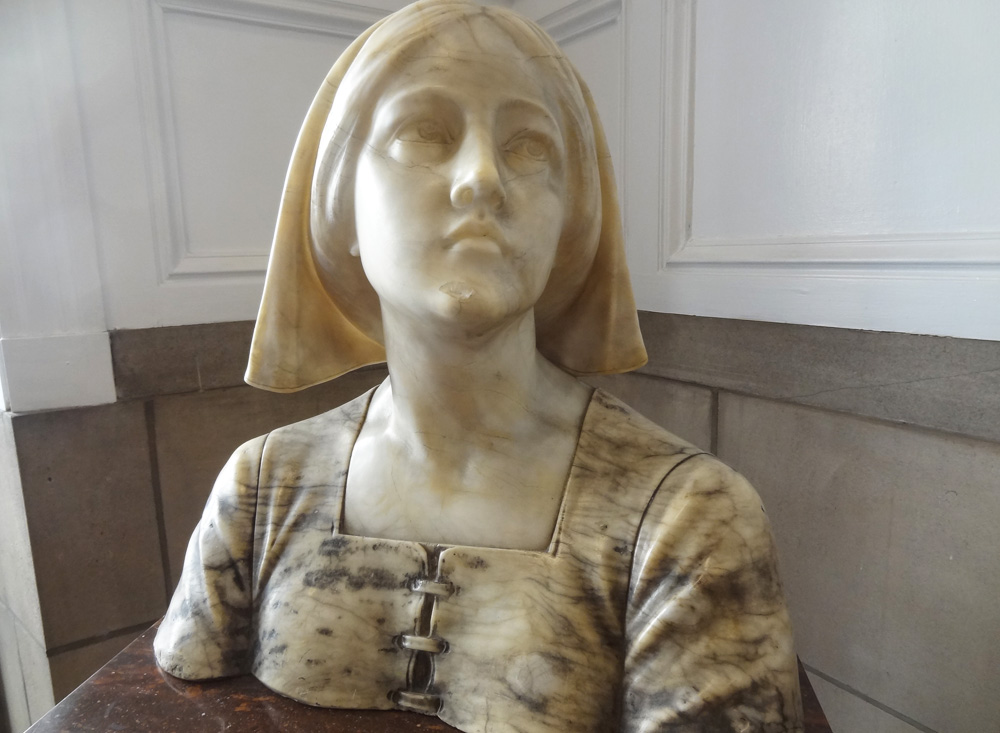 There’s a vintage drug store replica room. Look at this prescription book! Imagine if you had to keep track of all the prescriptions of everyone in your town using this system of record-keeping. 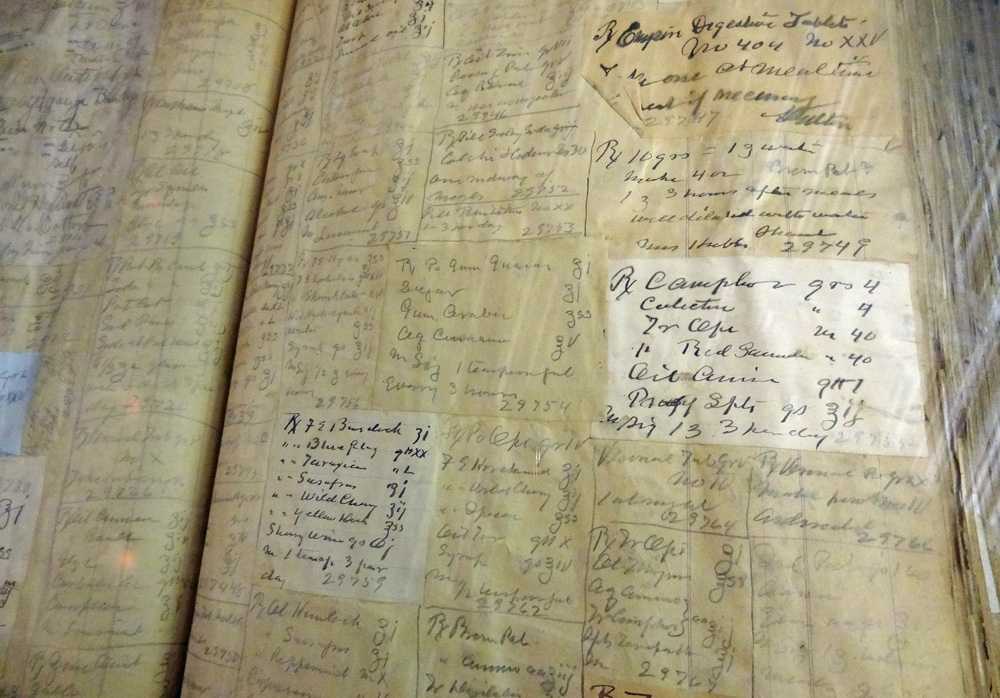 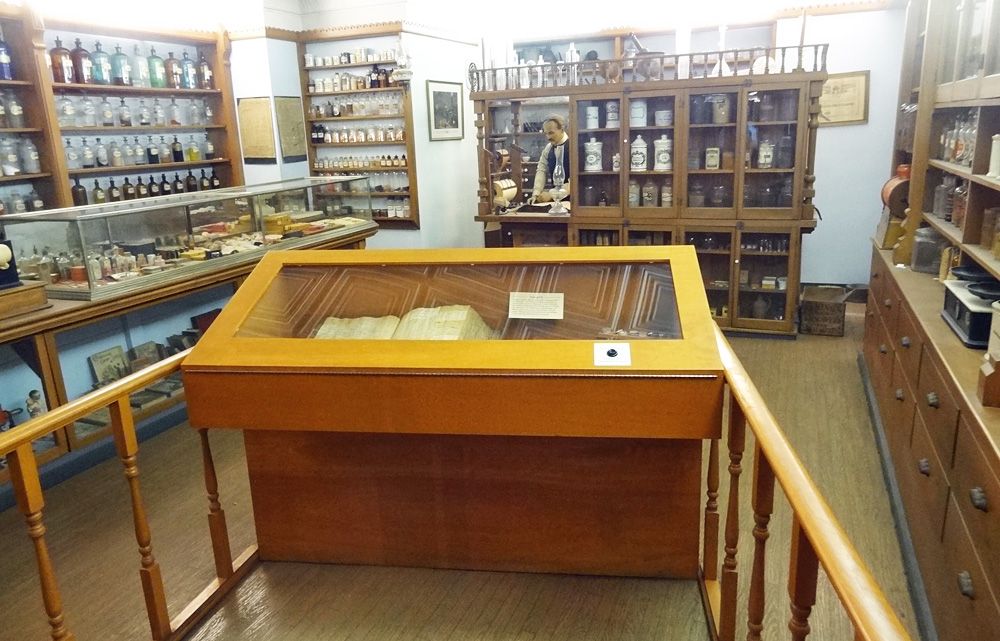 Here’s a vintage iron lung, the machines used to help ill people breathe in the mid-1900s. 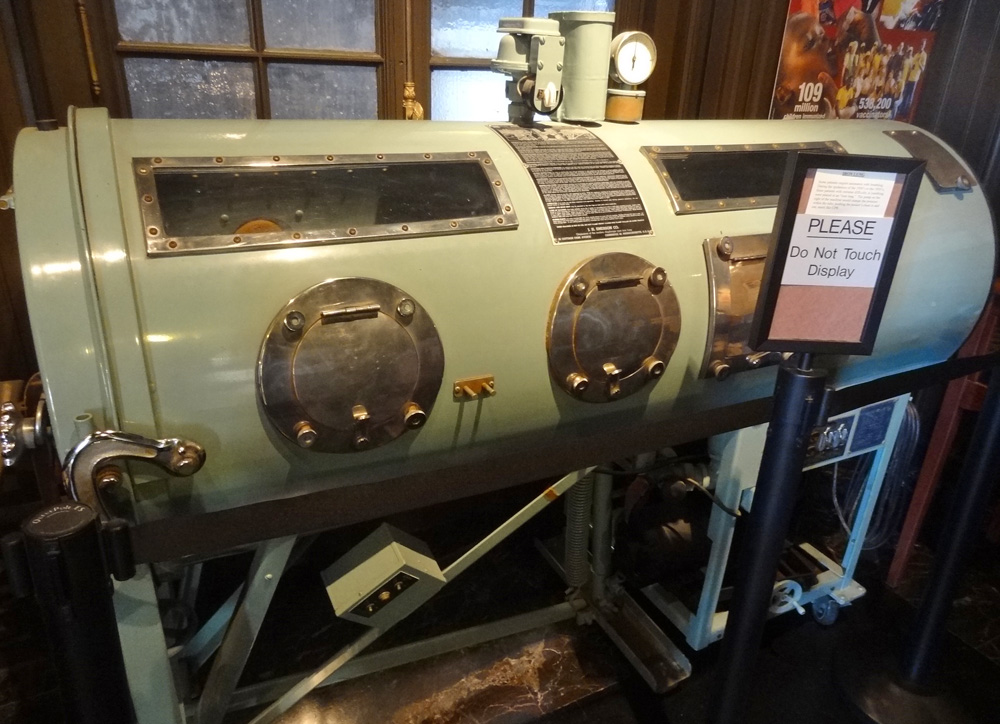 The second floor features a large library. There’s not much in the way of exhibits here, but if you want to sit down and read, knock yourself out. 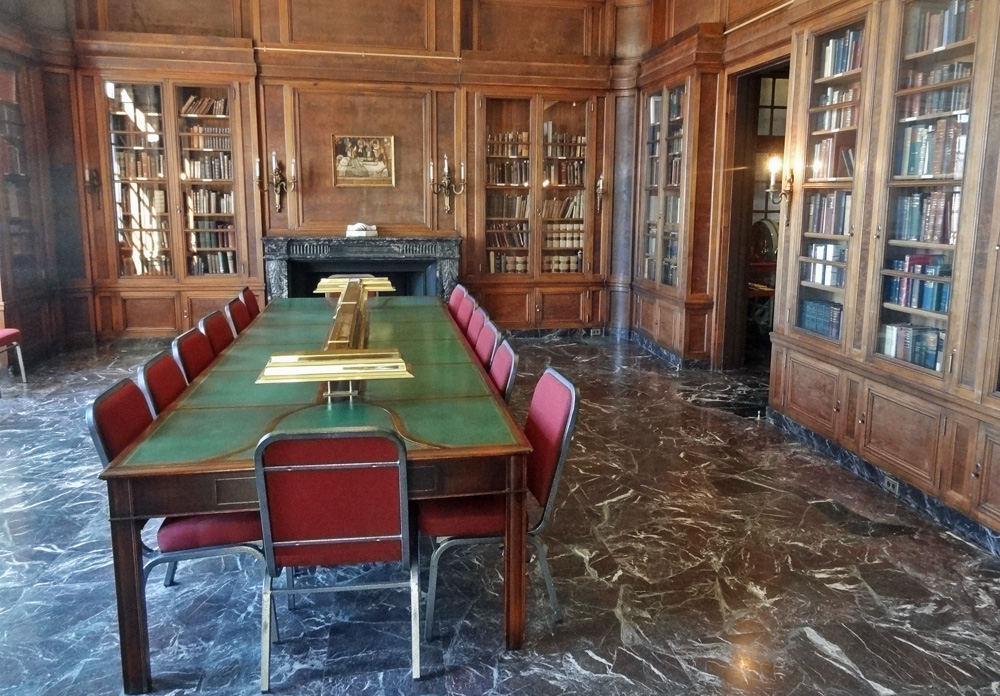 This is the floor where you’ll find the Hall of Murals and the Hall of Immortals. Take a look at those statues of Hippocrates and other medical bigwigs, as well as a bunch of paintings that have a surgical theme. 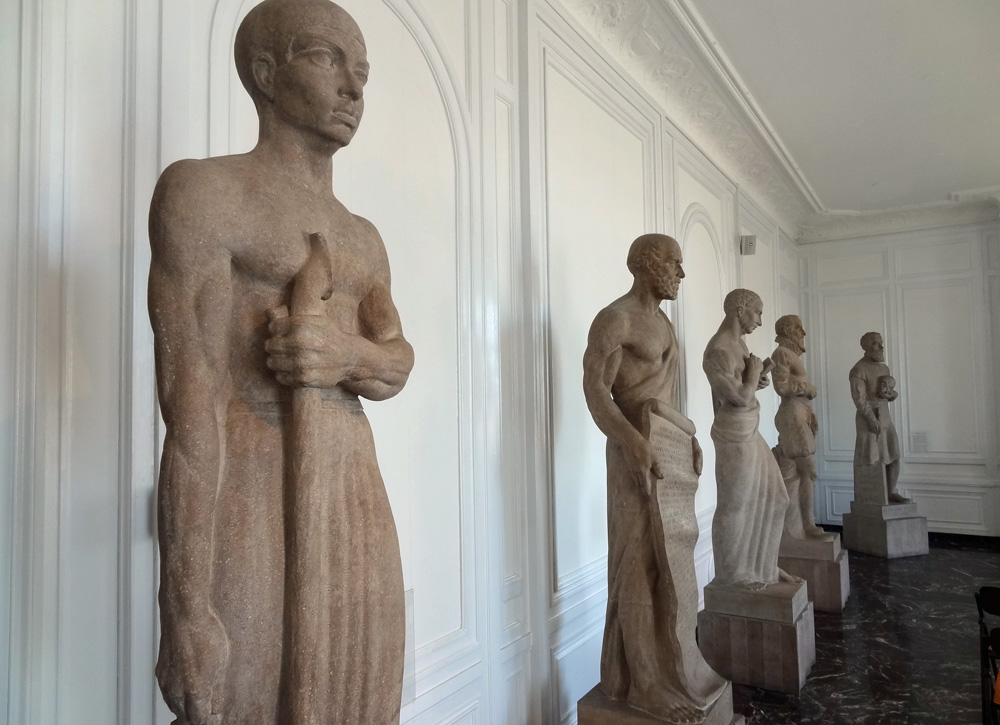 Other sights include a glass case of prosthetic limbs, informational posters about pain medication, and exhibits about other common diseases and how they’ve been treated over the years.

The museum is located on Lake Shore Drive right near Lake Michigan. There’s not a lot of parking here, so you’ll want to take the train or Lyft. Non-flash photography is allowed inside the museum. 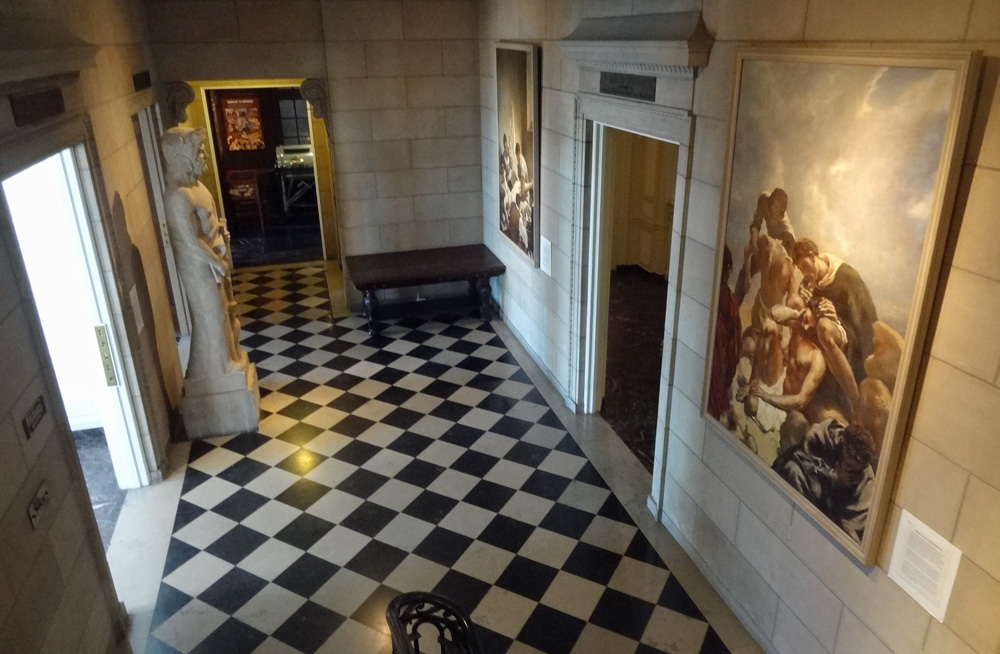 For environmental reasons, the International Museum of Surgical Science no longer prints out maps for its visitors. If you want to have a floor map as you walk around, print out the map (PDF) from the IMSS website.

The museum was founded in 1954 by Max Thorek, a Hungarian doctor who moved to Chicago and was known for his surgical achievements. At last count, the IMSS attracted roughly 30,000 visitors a year, which sounds like a lot, but when you break it down, it comes out to approximately 82 visitors per day. So you generally won’t have to worry about being overcrowded as you walk around the museum. 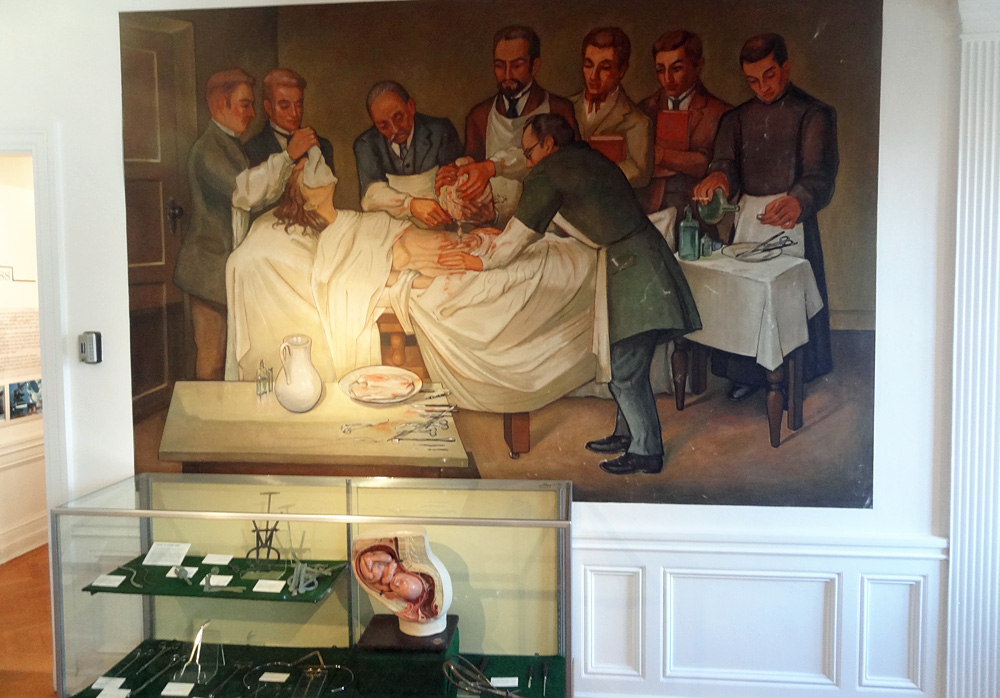 Free Days at the Museum of Surgical Science Chicago

Many Chicago museums have “free days” a couple times per month. For the Surgical Science Museum, that means every Tuesday. In order to get free admission on Tuesdays, you must be an Illinois resident with a valid ID. Out-of-staters are out of luck when it comes to this promotion.

For more Chicago excursions, check out my articles on Chicago food, improv and comedy, the famous architecture boat tour, and a list of cool things to do in Chicago in the winter.