I hop on the scale, and I’m thrilled to see that it reads ’55 pounds.’ Sweet, the diet has paid off!

That’s according to a scale inside the Griffith Observatory in Los Angeles, which has adjusted-weight scales for all nine planets and the moon. I’m 133 on Venus and 347 on Jupiter, but just ten pounds on Pluto.

Located on a hill overlooking the city, the Observatory also has giant telescopes, interactive space debris exhibits where you can explode virtual meteors into the Earth’s surface to view the potential damage, and much more.

It’s a great place for anyone who’s interested in science and the solar system. Or anyone who just wants a killer view of L.A. Read on for info and tips, including the best time to visit Griffith Observatory. 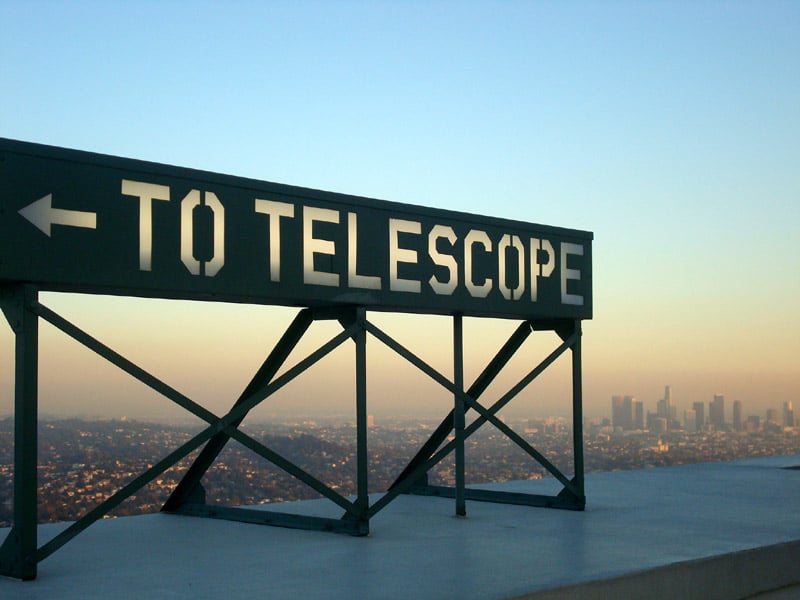 The land that the Observatory sits on was donated in 1896 by wealthy industrialist Griffith J. Griffith. (Tell me that isn’t the most awesome name you’ve ever heard.)

The 3000+ acres he donated became Griffith Park, where the Observatory resides to this day.

This seemingly-wonderful philanthropist apparently had a temper, because in 1903 he shot his wife in the face, for which he served all of two years in prison. And the city even kept his name on the park! 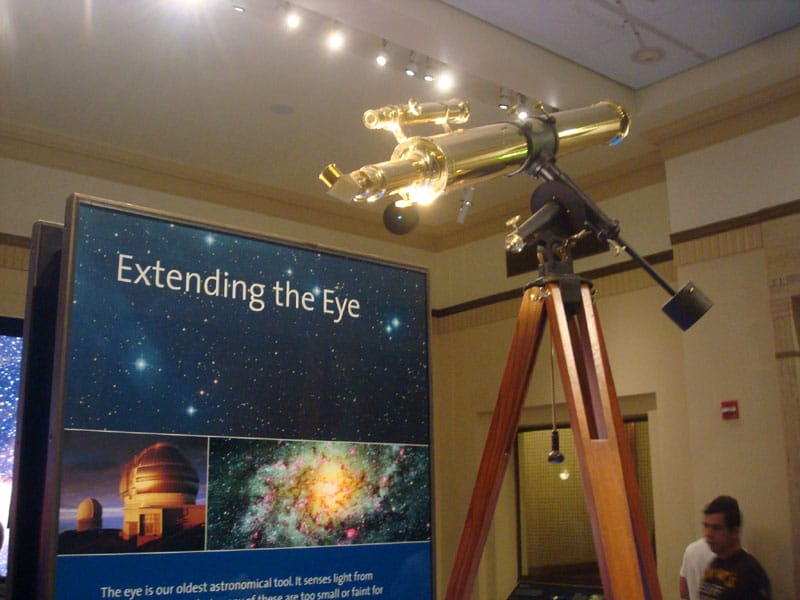 Great views of Los Angeles from the Griffith Observatory

As its names implies, the Observatory sits high on a hill, allowing visitors to look out from the observation terraces to see the Pacific Ocean and Santa Monica to the west, downtown LA to the southeast, and most of the rest of the city to the south.

One of the first things I noticed while walking over to glance at the Hollywood sign was a bust of James Dean that seemed completely out of place. Not being a ‘Rebel Without a Cause’ fan, I had no idea that parts of the movie were filmed here.

Shouldn’t there be a plaque or something explaining this? Most of us were born after 1960 – it shouldn’t be assumed that we know these things!

Once you know the back story, seeing old James on display here is pretty freaking cool. 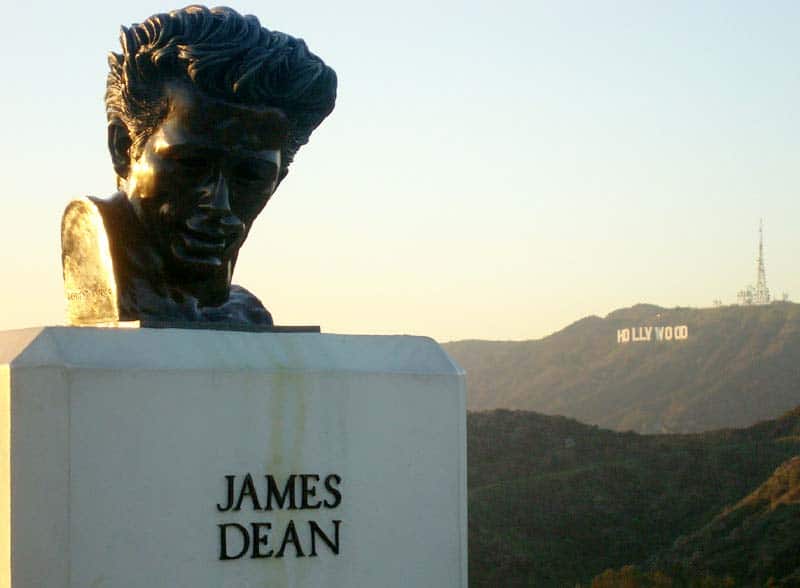 Exhibits inside the Observatory

Inside the Observatory, you’ll find displays with model telescopes, close-up photographs of the sun and the Milky Way, a Foucault Pendulum and much more.

You can see actual meteorites from outer space and even touch one of them. It’s really freaky to hold something that didn’t come from our planet.

I’m not missing any fingers – it just looks that way because of how I’m holding it. 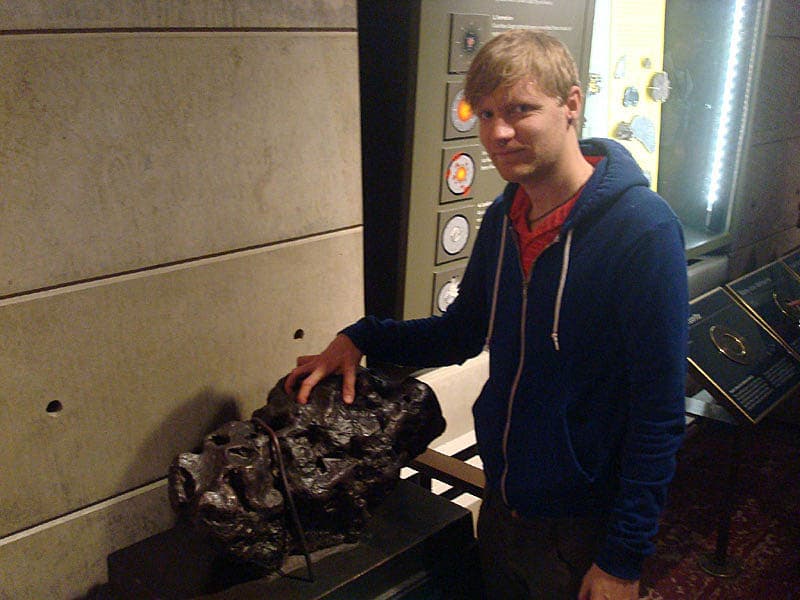 What’s the absolute best time to visit Griffith Observatory for tourists? You can visit Griffith any time, but if you go during the day from Wednesday to Sunday, you’re able to go inside and look at the scientific displays and space exhibits.

The Observatory is entirely free, unless you want to see a planetarium show, in which case you’ll encounter a small ticket fee.

Parking can be a nightmare during popular times, like weekend afternoons, so be prepared. You may have to park far away and hike 15 minutes or more to get up to the site.

That’s another reason that the best time to visit Griffith Observatory is during a weekday morning or early afternoon. Avoiding crowds is a great life hack while traveling!

If you want to go inside to see the exhibits, check out the facility’s hours. Of course, they’re open late most days, so guests can see L.A. and the night skies in the dark.

The Griffith Observatory has been featured in many other pop culture places as well, such as tv shows and movies. Adele filmed an entire concert special here just a couple years ago!

And remember, while you’re in Los Angeles, check out Marilyn Monroe’s grave site, the Grammy Museum, and the Madame Tussauds wax museum.

Do you have any advice for the best time to visit Griffith Observatory or the best things to see there?

9 thoughts on “The Griffith Observatory – What Will You See and When’s The Best Time To Visit?”