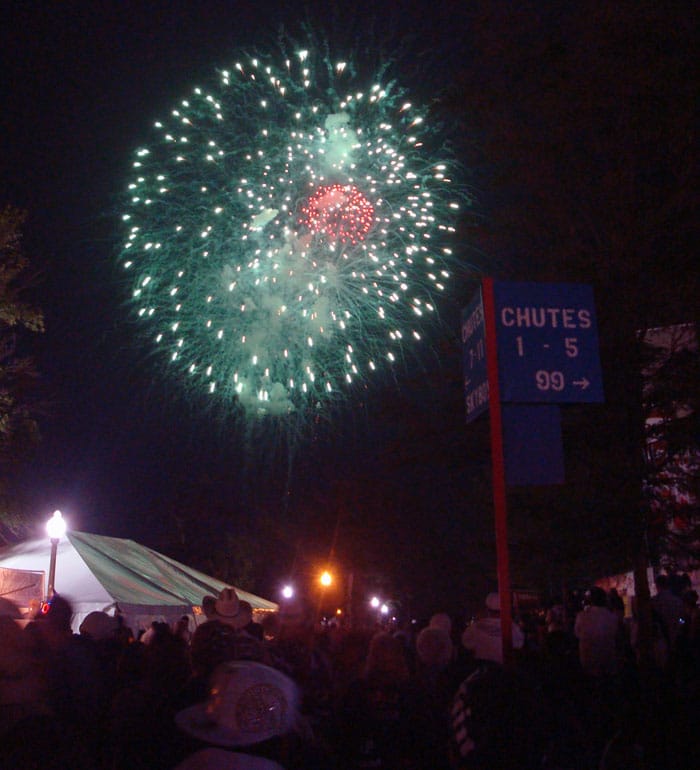 Yee-haw! One of my most memorable July 4 holidays while traveling came two years ago when I found myself near Denver. I met up with my couchsurfing friend Jackie in Greeley, Colorado and we headed to the Greeley Stampede, a cowboy festival at the local rodeo.

Talk about a quirky way to spend a holiday! I’ve never spent a 4th of July in any place like it.

First off, the stampede was apparently sponsored by Hot Pockets, because they were everywhere. They took our picture in front of a Hot Pockets green screen. I happened to be wearing a green shirt, which made for an awesomely psychedelic photo. 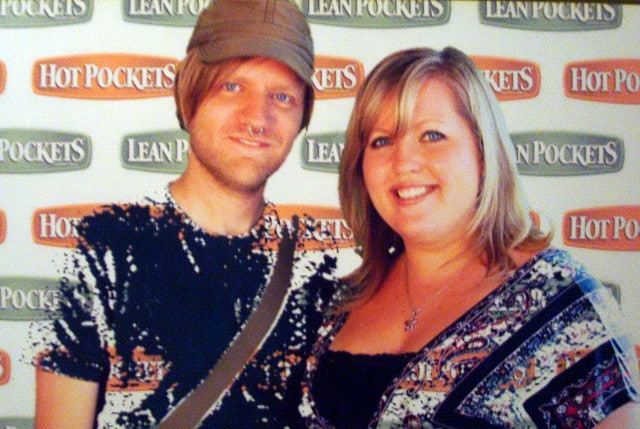 The Hot Pockets character also joined some other mascots and local kids in a series of dance routines, including the Macarena, the Soulja Boy, and the Cupid’s Shuffle, which had somehow escaped my radar until I saw the grown man in the frozen meat-pastry costume performing it. That Hot Pocket had some moves! 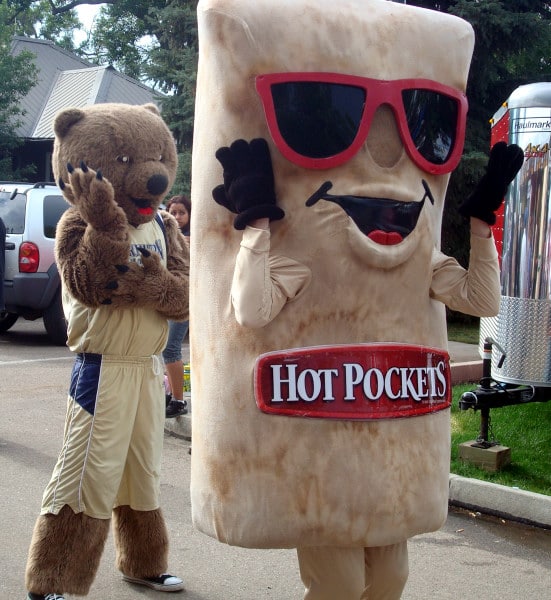 As we entered the event we saw the roller coasters and amusement park attractions, which I wanted to ride, but they seemed to be designed for younger kids. 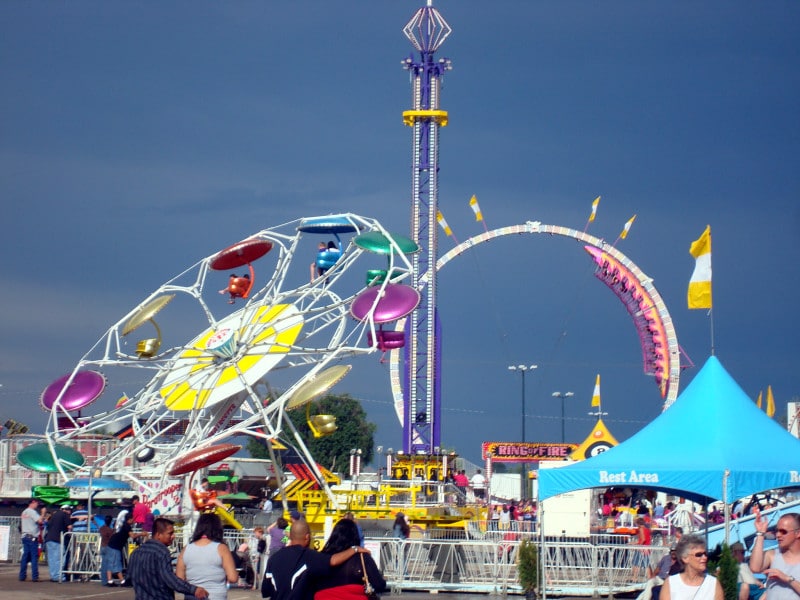 As for food, the Greeley Stampede had all the crazy fried stuff you’d expect from a cowboy festival. They had Rocky Mountain oysters – you know, fried bull testicles.I didn’t buy any because I was on a limited budget at the time, but I learned my lesson. I’m not going to pass up such a life experience in the future!

They sold lots of fried candies and sweets. I went with the fried Snickers, but the fried Coke sounded really fun too. 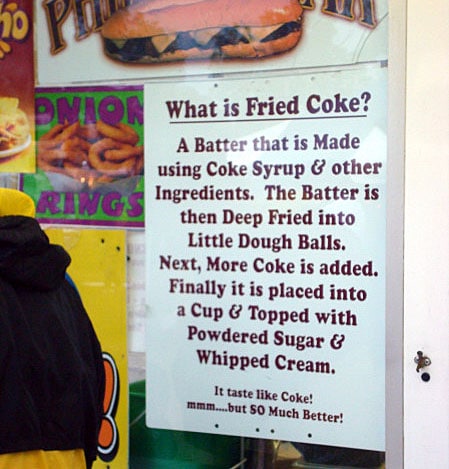 Then it was on to the entertainment. Outside the rodeo, I was very impressed with Trailer Choir, a country outfit featuring a rocker lead singer, a hottie chick and a 380-pound dancing maniac on harmony vocals. Their song “Rockin’ the Beer Gut” was so catchy, I was certain they were destined for national success. Unfortunately, the girl left the group and they haven’t had a big hit since. 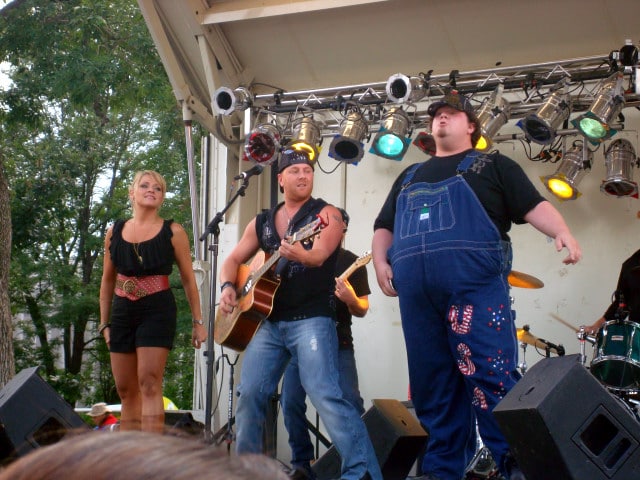 Inside the rodeo was the main performance area. It was all muddy and half the audience wore cowboy hats. The headliners were Bucky Covington and Blake Shelton. I barely knew Blake at the time, but of course now he’s a judge on “The Voice.” He sent us home with a decent set of country tunes, followed by fireworks. 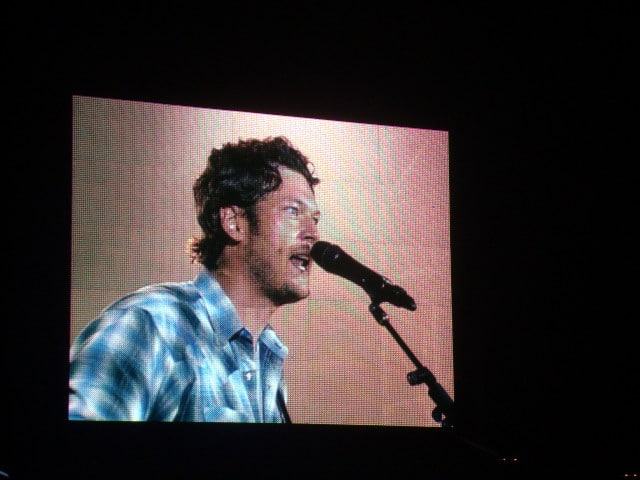 Greeley is north of Denver and east of Rocky Mountain National Park. Click here if you want to see a more detailed map of Greeley, Colorado.

What a way to spend the fourth! Do you have a favorite 4th of July memory?

23 thoughts on “July 4 Memory: A Redneck Holiday at the Greeley Stampede”