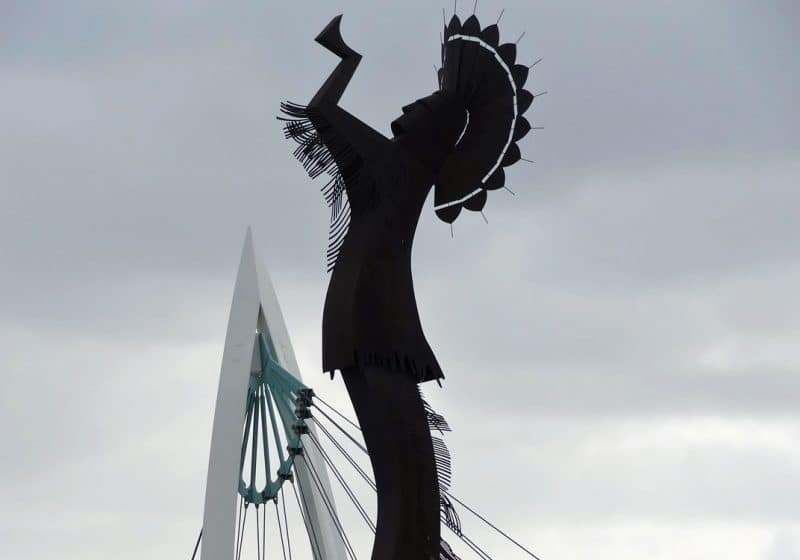 If you’ve ever wondered… where can I go to see a 44-foot tall Native American statue surrounded by a ring of fire each night? The answer is Wichita, Kansas!

The Keeper of the Plains is a Native American sculpture that has stood in Wichita for nearly five decades. It towers over the Arkansas and Little Arkansas Rivers, which meet at its base. And its nightly ring of fire ceremony is one of the coolest things you can do on a random weeknight in the heartland.

The sculpture was commissioned in the ’70s as a way to honor the region’s Native American heritage and to commemorate the bicentennial. It was designed by Kiowa-Comanche artist Blackbear Bosin (1921-1980), an accomplished painter and sculptor. 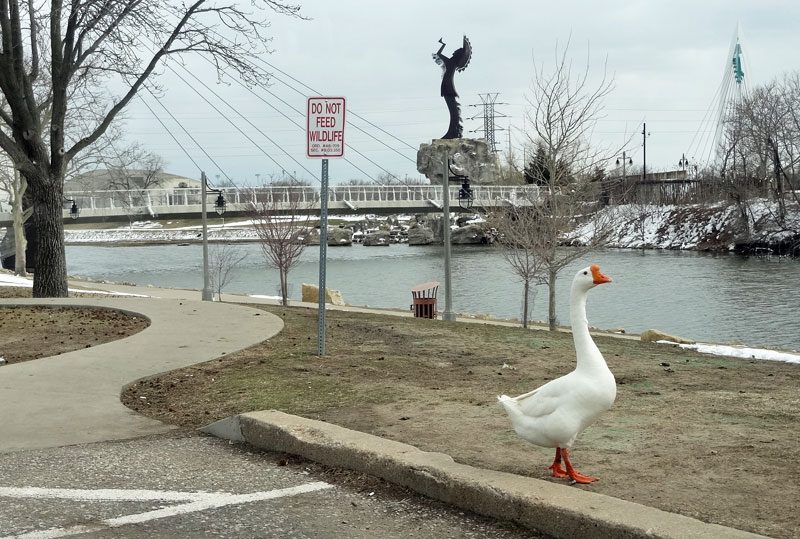 It was erected in 1974 with then-Senator Bob Dole of Kansas in attendance. It has since become one of Wichita’s most recognizable symbols. The sculpture is made of Cor-Ten steel and weighs approximately 5 tons. At the base of the statue is a plaza with plaques about Plains Indians traditions and the various local tribes of the area.

Wikipedia says that Keeper of the Plains is currently the 26th-tallest statue in the USA.

In 2007, Wichita poured $20 million into a river beautification project. That included moving the sculpture atop a 30-foot rock so that it stands even higher above the horizon than it did before. It now stands high in the sky, like the spires of the nearby pedestrian bridges. The entire area is wheelchair-accessible, and the plaza remains open all day long, except from midnight to 5 am. 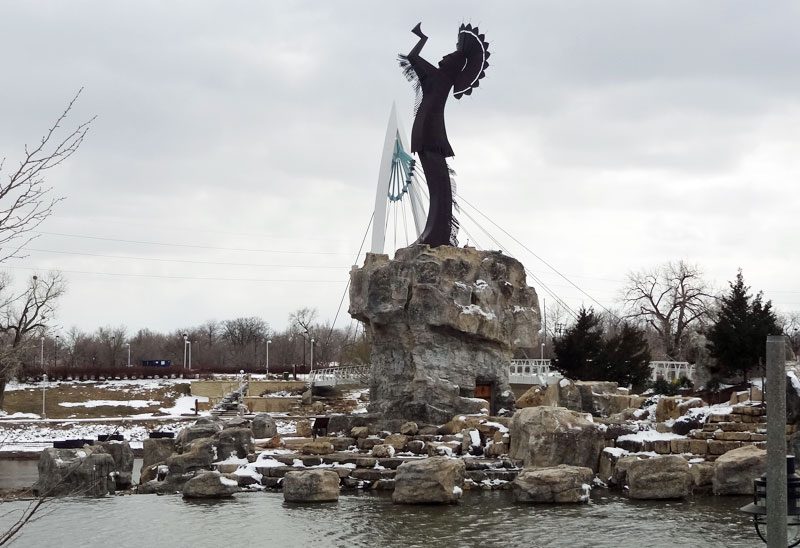 The Nightly Ring of Fire Ceremony

Every night, a series of gas-powered fire pits are manually lit for 15 minutes in a ceremony known as the Ring of Fire. This is one of the coolest sights in the state of Kansas, as the fire illuminates the massive sculpture behind it. Here’s a pretty sweet view of the nighttime display.

What are the Keeper of the Plains fire times? According to the official Wichita government website, the Ring of Fire takes place from 9 to 9:15 pm during spring and summer when daylight savings time is in effect. During the fall and winter during standard time, the fire ceremony takes place earlier, from 7 to 715 pm. 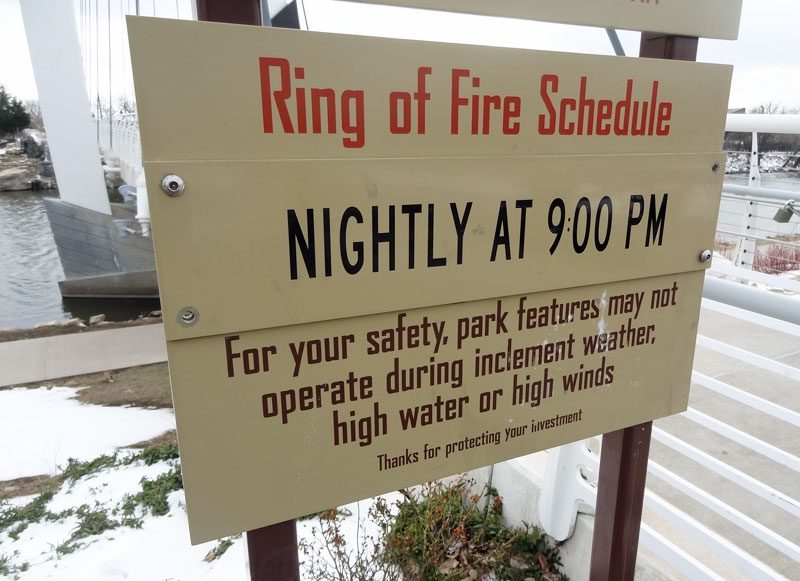 The nightly fire in Wichita is never guaranteed to happen. If there are high winds, rain or nasty weather, or if the water level of the Arkansas and Little Arkansas Rivers are too high, the ceremony will not take place. The fire also will not happen “if a person is too close to the burners.” So they’re basically telling any would-be hooligan kids to stay away from the burners!

The Keeper of the Plains is right next to the Mid-American All-Indian Center, a museum open from 10 am to 4 pm Tuesday through Saturday. The museum focuses on native artwork and includes 39 pieces by Blackbear Bosin.

Additionally, Keeper of the Plains art can be found online at Amazon, where several users have posted images of the famous statue. 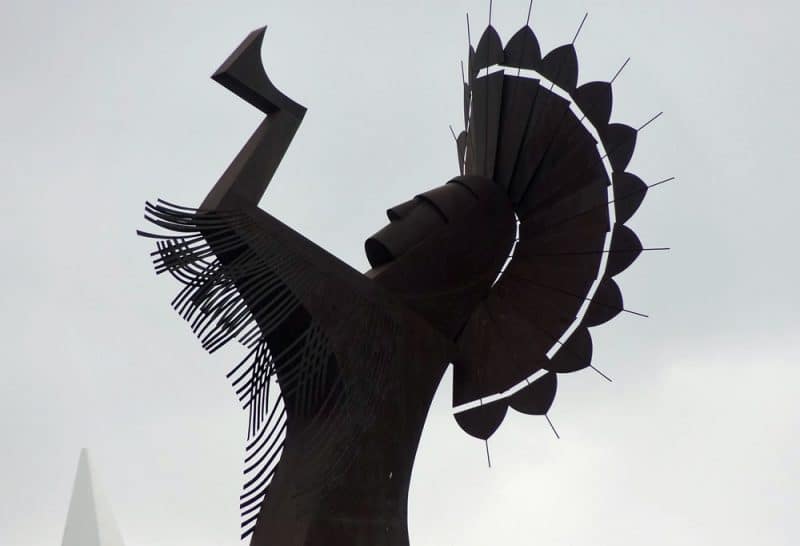 If You’re Going: Keeper of the Plains Statue in Wichita, Kansas

1 thought on “Quirky Attraction: Keeper of the Plains Sculpture in Wichita, Kansas”