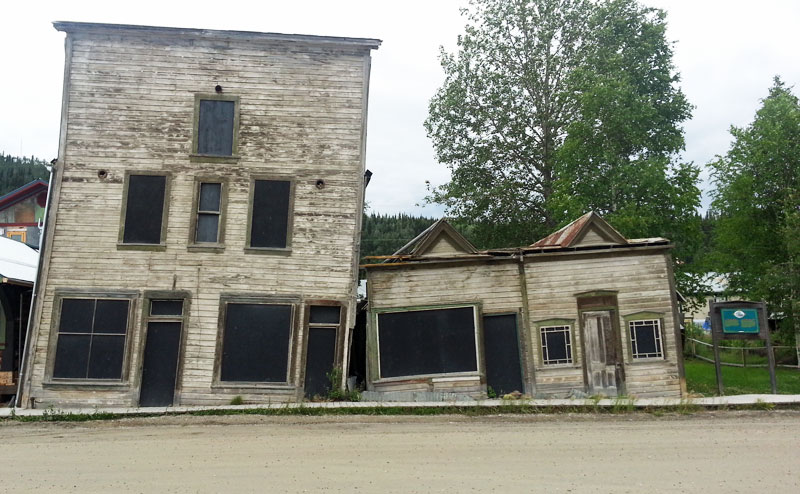 Today, whenever structures are built in Dawson City, Yukon, Canada, they are often built above the ground on concrete blocks or wooden frames. But that wasn’t always the case.

Older buildings were put directly on the ground, and that caused problems because the permafrost would thaw due to the heat inside the homes. That meant that the structures would move around a little bit as they re-settled in the mud. Over time, that process led to entire buildings leaning to one side or the other.

On 3rd Avenue, a few of these buildings ended up leaning right up against each other. Now known as the “kissing buildings” because of the way they snuggle up against each other, these 1901 structures are still standing, but possibly not for much longer. They have become a tourist attraction as visitors to the Gold Rush town get a glimpse into how life was more than a century ago.

You can stop by and take silly photos with the quirky buildings if you like. It’s definitely rare to see two large structures leaning against each other like this! 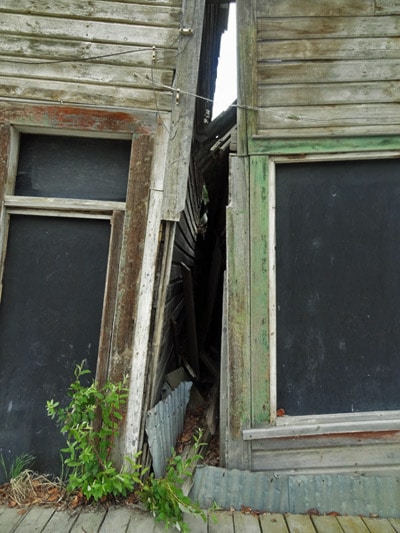 Visit any time during the day. If you come to Dawson during the summer, daylight will extend past midnight, so you’ll have to plenty of opportunities. And the town isn’t that big, so you can easily walk there from wherever you’re staying.

Will the kissing buildings ever collapse? Probably, someday. But for now they’re quite cozy snuggling up with each other as they try to endure those long Yukon winters!

Tourists like to come up with some creative leaning poses when they take selfies in front of the buildings. Bring your best camera – if you’re really lucky, you might be able to see the Northern Lights behind the kissing buildings!

There probably won’t be any more kissing buildings in the future. Long ago, folks in Dawson City stopped building houses that rest directly on the ground. Today, houses are typically built on concrete blocks or wooden frames. In fact, the sidewalks in the city of Dawson are elevated wooden walkways.

And while you’re in Dawson City, check out the rest of the city’s cool activities! Don’t forget to do some panning for gold and join the Sourtoe Cocktail Club! And visit the Danoja Zho Cultural Centre to learn about the First Nations people who inhabit the area.