But I’m in South Beach, Miami, one of the clubbing and partying capitals of the U.S., so I feel obligated to give it a shot. Many South Beach hotels offer packages that include discounts and special privileges at the nearby clubs, because that’s what a lot of people come here for: the South Beach nightlife. 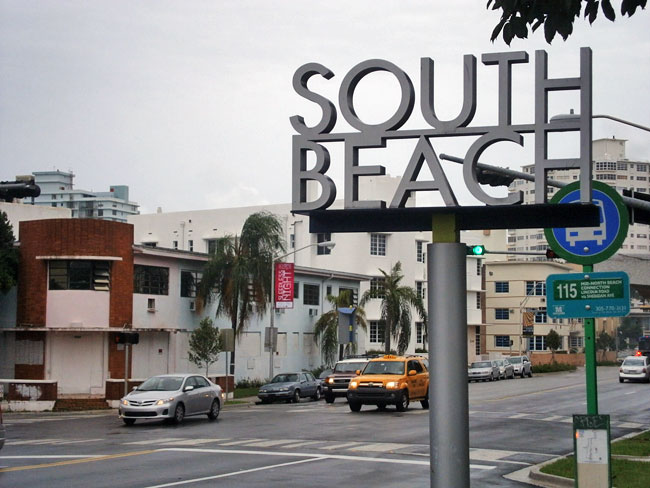 My experience with South Beach clubs

So here we are, waiting in line with all the young pretty people, whose outfits probably cost more than my last car.

The first club we walk past is way too upscale and even has a sign outside detailing its dress code. I should mention that I’m wearing a tshirt and skinny jeans – I don’t do dress codes, either. Since there’s no way we’re getting in this one, we don’t bother stopping.

Eventually, we reach option #3 on our list and go inside. This place has no cover charge, but it also has no patrons. Either we’re way early, or this place is deader than Don Knotts. After a couple of overpriced drinks, it’s time to move on.

Finally, we locate a reasonable club with a modest cover charge. There’s a velvet rope, but the line is short, and some people in line are even wearing shorts.

Inside, the place is crowded but not annoyingly so. I wanna pop bottles at the club, because that’s what you’re supposed to do in Miami, but that’s way beyond this traveler’s budget. A few glasses of cheap beer have to suffice. Drinks and dancing go way into the evening, and I get my fill of South Beach nightlife.

The evening was fun, but I actually enjoyed myself more the previous night, when I ended up at perhaps the only true dive bar in South Beach – a dark place called Kill Your Idol. They have a chandelier made of empty liquor bottles, a Bruce Lee statue above the bar, and Beavis & Butthead playing on a video projector on the wall.

Not to mention a cool, alternative crowd. This is where I feel at home! You can have the clubs – I’ll stick to South Beach dive bars like Kill Your Idol instead.

For those who are truly interested in the clubs, bars, and dance parties in Miami, check out these resources for finding South Beach nightlife activities. And remember, because drinks are so expensive at these bars, pre-game at home with a couple cheap drinks before you go out. Many clubs don’t get busy until midnight, so you have plenty of time to sneak in a few shots first!

25 thoughts on “Left Out of the South Beach Nightlife”