My introduction to Chicago comedy and theater was a show called Felt featuring puppets that sometimes make sex jokes and toss around foul language. Its adult comedy themes are not exactly Sesame Street. But it’s hilarious.

Felt is improv, made up on the spot by the performers, with the help of suggestions solicited from audience members. The best thing about Felt, which debuted in May 2005 and runs every Wednesday night at IO Theater? It’s just $5 to attend. 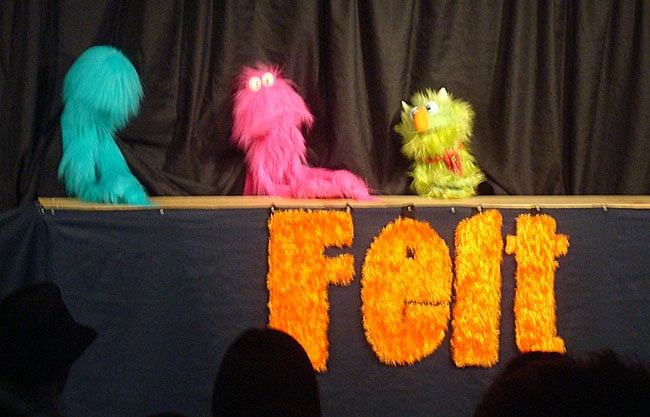 The Windy City has more comedy, improv and theater options than just about any other city. Make sure to check some out if you come to town.

As we mentioned a few weeks back in our Chicago winter activities article, the Chicago comedy scene has produced a bunch of hugely popular comedians over the years, including Tina Fey, Stephen Colbert, Amy Poehler, Jane Lynch, Seth Meyers, Mike Myers, Steve Carell, and Chris Farley.

Where can you get your laugh on? The longest-running show in Chicago is “Too Much Light Makes the Baby Go Blind,” which features 30 plays in 60 minutes performed by the Neo-Futurists. Each week’s show is different, with new sketches constantly added to the rotation. 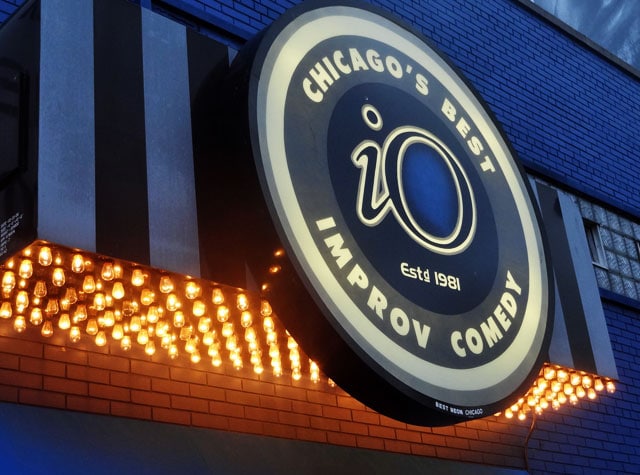 The venue known as IO has some of the city’s most popular shows, seven nights a week. That’s where you can find Felt, plus Improvised Shakespeare and a bunch of other good stuff. 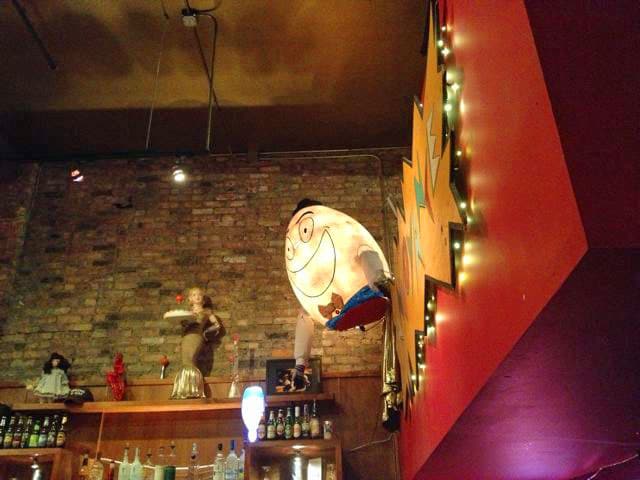 Where to get cheap theater tickets in Chicago

It took me a while to discover Chicago’s equivalent of the TKTS booths in NYC that sell last-minute theater tickets at big discounts. The place to go in the Windy City to get half-price (or better) theater deals is Hot Tix, which has seats for a lot of the small, affordable Chicago improv comedy shows and some of the big Broadway-style stuff.

Hot Tix tickets can be purchased online, but you’ll have to pay the Ticketmaster surcharges, so your best bet is to head to one of their box office locations: 72 E. Randolph, which is near Millennium Park downtown; or 163 E. Pearson, which is in the “Miracle Mile” shopping district across the street from Water Tower Place. Both are open from 10-6 Tuesday through Saturday and 11-4 on Sunday.

Fyi, you’ll still be hit with a service fee when paying in person at the Hot Tix outlets, but it’s less than the Ticketmaster surcharge.

Chicago comedy events in the winter

Some of the city’s best comedy-related festivals take place during the winter. The Chicago Comedy Film Festival runs in November. The Chicago Sketch Comedy Festival is right in the middle of January and just wrapped up its 2013 event. In February comes Chicago Theatre Week, and in early April, just as the winter weather starts to fade, is the Chicago Improv Festival.

A lot of these venues are near the Uptown area, which means you’re very close to other attractions, such as the legendary jazz club The Green Mill. And while you’re in town, don’t forget to check out some of Chicago’s best museums and that iconic Chicago food.

Oh, and if you’re interested in seeing Felt, here’s a sneak preview of those puppets, courtesy of Maybe Hip:

2 thoughts on “LOL: Guide to Chicago Comedy and Improv”