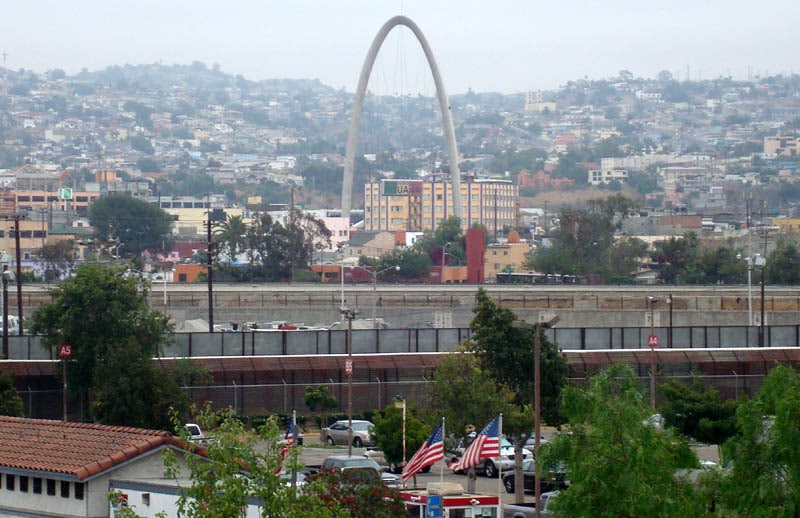 Tijuana has a reputation as a dangerous place for visitors, especially Americans traveling alone. So if you’re visiting the Mexican border city, you may wonder about the best way to get around town.

Should you take Uber in Tijuana? Should you use a traditional taxi, and if so, which taxi company should you choose (hint: Taxi Libre) and how can you be sure you’re not getting scammed?

Here are a few tips based on my experiences and the latest traveler information as of 2023.

The status of Uber in Tijuana

Uber’s arrival in Tijuana was rough. Traditional taxi drivers were upset at the competition, and they occasionally attacked Uber vehicles to show their anger. This article from 2017 called ‘Uber in Tijuana is the wild West’ pretty much sums it up. Some drivers were attacked and even killed at the time.

This sort of thing is not uncommon in countries around the world. Mexico City and Nairobi, Kenya were among other cities which experienced a level of violence or harassment from taxi drivers to Uber drivers and passengers when the rideshare company arrived.

Things seem to have settled down since then. Locals and visitors report that they can take Uber without problems for the most part. The advantages of taking Uber are that you are far less likely to be scammed or robbed, because the drivers cannot be anonymous and you can easily report them if they do something wrong.

However, if those past reports of violence have you worried, you could always stick with taxis instead. Here’s a rundown on the available taxis in Tijuana.

Taxi Libre: For non-local tourists, you’ll generally want to stick with Taxi Libre, because these cabs have running meters. Some other companies have no meters, and therefore the driver may charge whatever he desires. With Taxi Libre, you can be sure that you’ll pay what the meter says.

The tradeoff is that Taxi Libre prices may be a bit higher than Uber, but it’s the best taxi option for a tourist. As long as you have a working meter and the driver knows where you’re going, you won’t be overcharged.

Yellow cabs: These tend to be all over the place. You’ll need to negotiate your price with the driver before getting in. They do have fixed rates between certain destinations, but if you come across as a clueless tourist, you’ll probably end up paying a lot more.

Taxi sitio: These can be various colors and can be small taxis, minivans and shuttle buses. I took one of these from central Tijuana to the border, but only because my local friend gave me the scoop on how to use it. This is the cheapest option, but not recommended for tourists, unless you are adventurous. Your vehicle will likely be full with other passengers.

Taxi drivers of all companies are sometimes known to take creative routes to lengthen your trip, but that doesn’t happen all the time. Taking an Uber is the only surefire way to avoid that, because you can always contact the company for a refund if your route is too long.

You may be reassured by companies that have an established online presence. Taxi Libre has a website (in Spanish.) You can also find Taxi Tel online – their website is in Spanish as well, but it’s cleaner and easier to navigate.

What about Lyft, you may be wondering? As of this writing, Lyft does not operate in Tijuana.

While Uber’s arrival in Tijuana was met with some controversy, these days, taking Uber in the city is perfectly safe. Prices are reasonable, and rides are easy to find if your phone has service in Mexico.

Many people now consider Uber to be safer than taxis in Tijuana, since Uber is tracking your journey. It’s highly unlikely a driver would try to scam you, because they’d get booted from the Uber platform if they did.

I’ve personally taken Uber in countries all over the world, from Kenya to the Philippines, and have found it to be an easy way to get around when you’re in a foreign country. So you can feel safe calling up an Uber in Tijuana. Just make sure that the car and the driver’s face match the photos you see in the app, and you’re golden.

Don’t expect your drive to speak English… but as long as your destination is entered in the app, you’ll get there just fine.

One other thing to note: In Tijuana, riders can pay cash for their Uber rides if they choose. This is not the norm in most of the world. Personally, I’d stick with using my card that is already saved in the app, but if you want to try the cash option, go for it. Drivers do not carry much change though.

My Personal Experience with Taxi Libre in Tijuana

Here’s a quick story of my first time in Tijuana. I parked on the American side of the border and walked into Tijuana, and I headed straight for one of the Taxi Libre cabs. But I forgot the little detail of knowing where I was going.

My Couchsurfing host Victor had sent me a map to his place, but I didn’t bother to print it. I just assumed the cabbie would recognize the address when I told him. Oops. 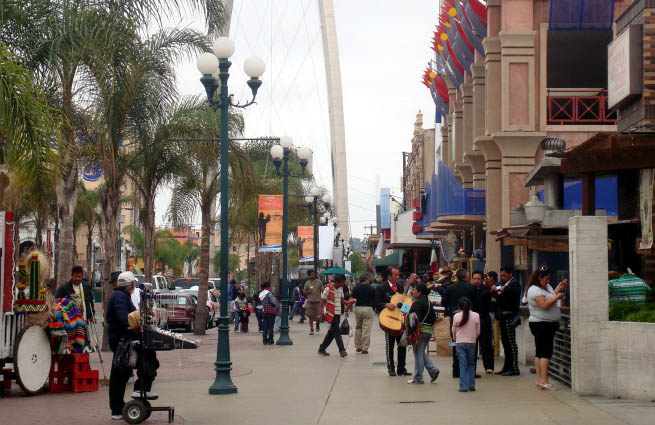 Soon we’re racing down a four-lane road, past intimidating-looking slums. The only thing I know is that my destination is “cerca de la Universidad.” I think that’s where the driver is going, but who knows?

As the taxi speeds down the freeway and the driver once again mutters a question en español that I cannot comprehend, I begin to wish that more of the five years I spent studying the language in high school had been devoted to actually learning it, instead of playing bingo, singing Mexican Christmas carols, and knitting the flags of Spanish-speaking countries.

I’ve retained enough basic vocabulary that I can usually converse on an elementary level, but this driver and I are having serious communication issues. I don’t know a soul here in Tijuana, except for my Couchsurfing host, but I can’t contact him because I didn’t bother setting up international calling on my phone.

So we continue down the freeway with no apparent direction. And the meter is running…

Finally, when it feels like we’re halfway to Mexico City, I’m surprised to hear my ringtone. It’s my host! For some reason, my phone is still able to accept incoming calls. So I put him on the phone with my driver. They talk in Spanish and figure out just where I’m headed.

A few minutes later, I arrive at my host’s house and check the meter. Surprisingly, the tally is less than 100 pesos. I hand the driver an American $10 and thank him.

Do you have any additional tips for using Uber or taxis in Tijuana?

4 thoughts on “Travel Safety: Should You Take Taxis or Uber in Tijuana?”