NOTE: This article was originally posted in 2012 under the title “Mary Tyler Moore should fake her own death”. The humor of the piece was dark, but it was a sincere (though admittedly silly) attempt to get more visitors to Mary Tyler Moore’s statue in Minneapolis. Mary was a celebrated tv icon and we thought her statue deserved more attention. She did eventually pass away in 2017 at age 80. The original article follows below. 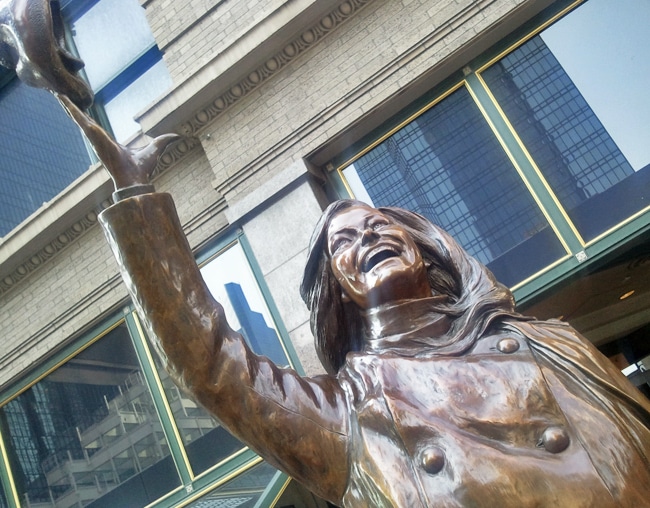 When I finally locate Mary Tyler Moore’s statue in downtown Minneapolis, the one outside Macy’s that depicts her tossing a hat into the air as she did on the classic tv show that bore her name, I expect to see at least a few tourists hanging around with their cameras. But I’m the only one.

It’s a busy day downtown, with plenty of foot traffic in Nicollet Mall, yet most people walk by without so much as a glance up at the extremely accurate replica. Street punks loiter nearby. Oblivious businessmen shuffle past. Busy shoppers don’t even stop to acknowledge the statue.

Doesn’t Mary deserve more respect and attention than this? 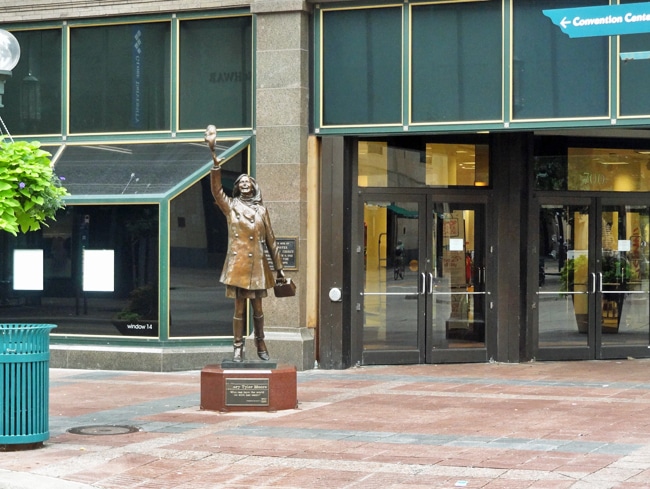 While observing the sad scene around Mary’s statue, I think about all the attention showered upon her fellow celebs Michael Jackson and Whitney Houston after their unfortunate passings, and I immediately realize the obvious solution.

Mary Tyler Moore must fake her own death.

To be clear, Moore, who has battled diabetes and brain surgery in the past, is very much alive and well. But for the sake of the popularity of her television persona’s bronze likeness, she should seriously consider having her publicist announce that she has been tragically killed.

And it has to be a truly awful accident – not a death by natural causes, as sad as that might be, but rather something sudden and shocking, like getting run over by a bus.

Or how about this one: She gets shot while intervening to break up a mugging! Now, not only is she a beloved actress, she’s also a genuine American hero. 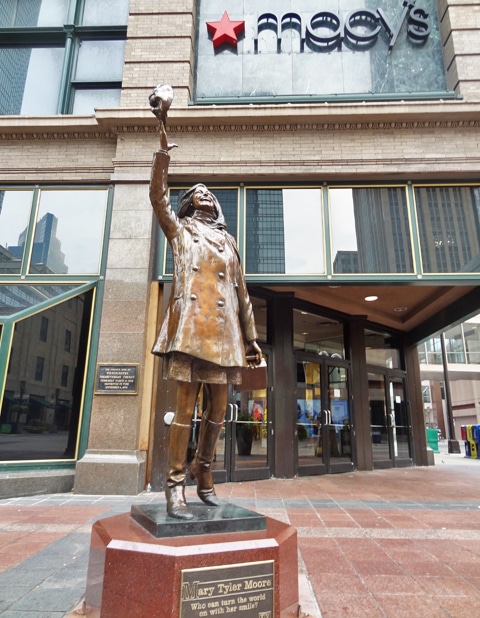 The world will be saddened when it hears the news of her fake demise. And they will flock to her statue. There will be a line around the block, an endless queue of admirers waiting for their opportunity to leave flowers and take photos and share their memories.

Then and only then will the Mary Tyler Moore statue get the attention it deserves.

Note: Mary Tyler Moore should probably not, in fact, fake her own death. Because there might be some complicated ethical and/or legal issues involved. Not to mention the outrage when she reveals that she’s been miraculously resurrected.

Maybe you should just visit her statue instead.

For serious MTM fans, there are other shooting locations in Minneapolis that you may want to check out as well. This site has a good list of places that were used for some of the exterior shots in the MTM Show over the year.

Don’t forget to check out other sites in the Twin Cities, such as Indian Mounds Park in St. Paul.