When many people think of Los Angeles, they have a specific picture in their head relating to a particular neighborhood, whether it’s the celebrity culture of Hollywood or the hot beaches of Venice or Santa Monica.

But the cool thing about L.A. is that it’s a diverse place with lots of interesting places to see. The best Los Angeles neighborhoods, for me at least, include places that have a lot of culture and hipster energy. These are eight of my favorite LA areas.

Silver Lake is the hipster capital of the city, which means I will most likely live there if and when I eventually move to LA. Some of the LA hipsters will say Echo Park fits the bill more, but Echo Park still hasn’t quite reached the same level of cool Silver Lake has obtained.

Silver Lake has everything you’d expect from such a neighborhood: Dive bars, vegan restaurants, art galleries and novelty stores with photo booths. 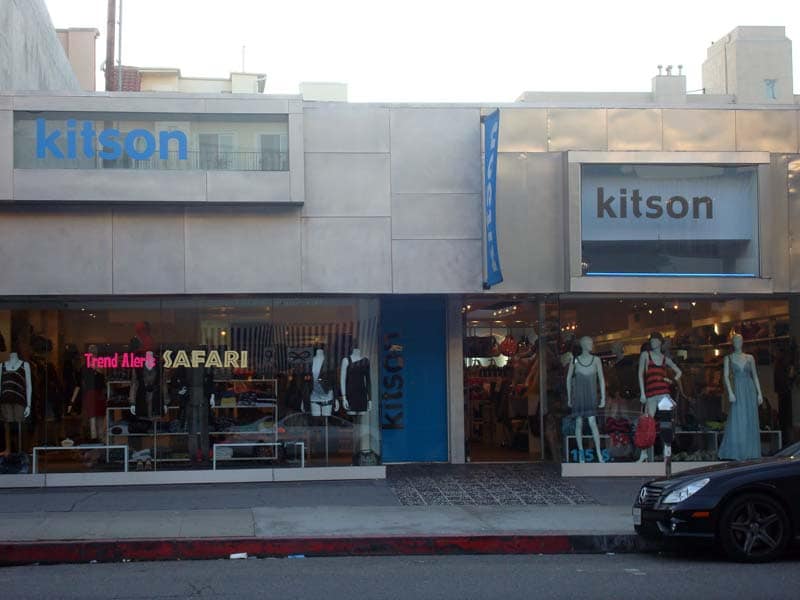 I shouldn’t like Beverly Hills, since I’m all about being budget-conscious and I can’t stand pretentious people. Yet, perhaps because I stayed near Beverly Hills twice when visiting LA, I actually enjoy the area.

I like the upscale shopping district and the fact that the richest celebs in town can be seen walking around. It’s fun to wander around this part of town and take in the sights. 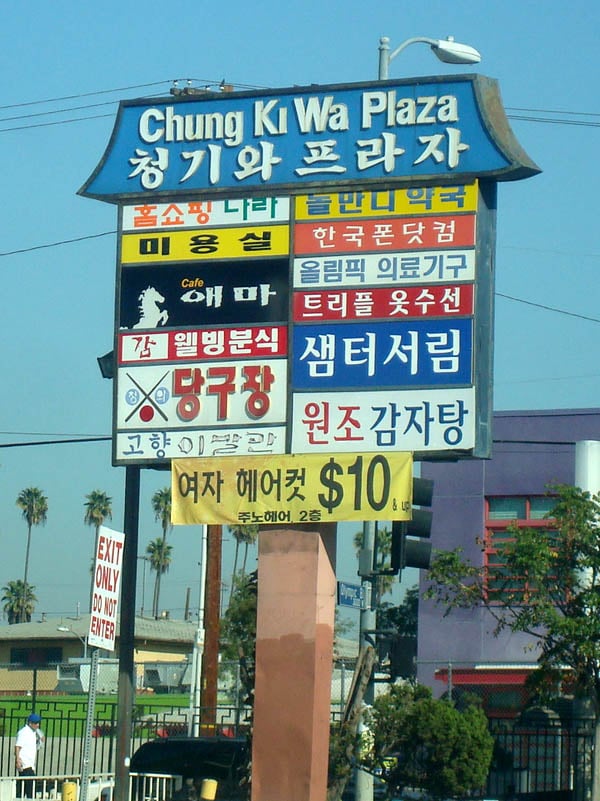 Ethnic hoods are always cool because you can (to some degree) experience the culture of a people without leaving the U.S. Koreatown has a number of great restaurants and holds an annual festival and parade. Plus, there are lots of establishments offering private karaoke studios for as little as $5/hour during weekdays. Score! 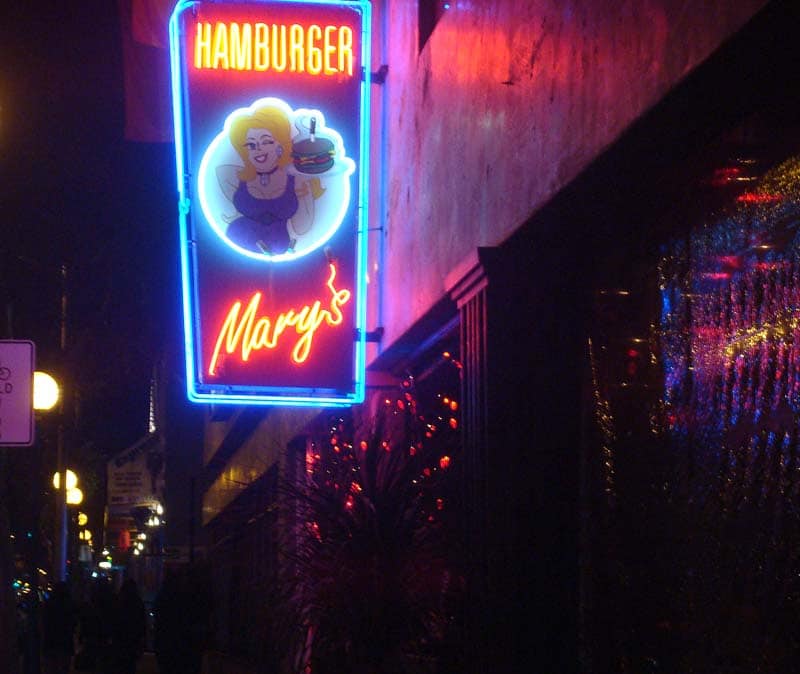 WeHo is a vibrant neighborhood with lots of opportunities for sidewalk dining and people watching, two of my favorite activities, plus plenty of shopping and restaurants. It’s one the largest gay communities in the nation and is always bursting with energy.

West Hollywood is also a fantastic place to stalk celebrities in L.A.! I’ve seen lots of famous people walking the streets and dining at restaurants in the area.

Pretty much every successful celeb has a million-dollar house up here. Stalking celebs is fun, but you can be more discreet about it by going to Runyon Canyon Park.

Besides keeping an eye out for Jason Bateman, Jessica Biel, Lauren Conrad, Jake Gyllenhaal and countless other big names, you can hike on the walking trails, including several that allow off-leash dogs. It’s a fun workout and provides a nice view of the city (though not quite as nice as the Griffith Observatory.)

When I first put together a personal list of the best Los Angeles neighborhoods, Los Feliz wasn’t even on it. But the ‘hood keeps getting cooler as the years go by, and now it’s one of my favorite neighborhoods to visit when I’m in LA.

The street art, bookstores, coffee shops, and trendy shops have made Los Feliz a go-to destination. And its location near the Griffith Observatory and Silver Lake put it right in the heart of L.A.’s coolest areas. 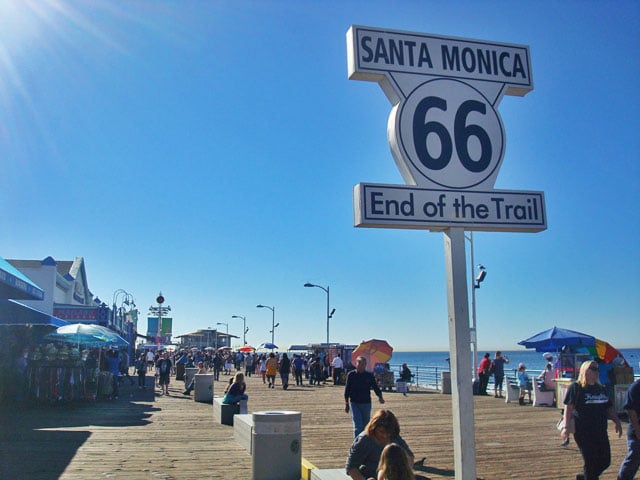 Santa Monica is technically its own city, but culturally it’s a big part of LA. Any first-time tourist to the city will want to check out Santa Monica Pier and the nearby beach.

Also, Santa Monica appears again and again in some of the best songs about Los Angeles, like Sheryl Crow’s “All I Wanna Do” and Everclear’s “Santa Monica (Watch the World Die).” 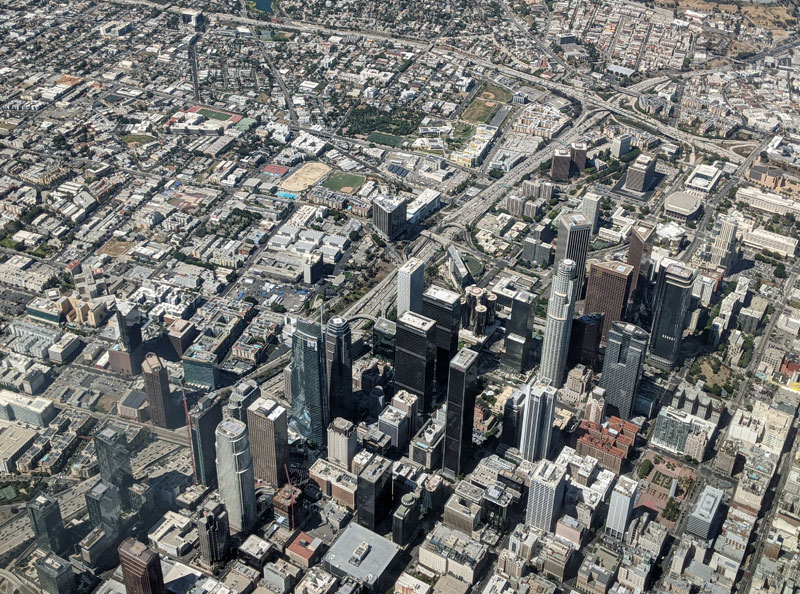 No L.A. neighborhood has changed as quickly in recent years as the downtown core. Downtown L.A. (DTLA) has all the usual hipster spots – coffee shops, tattoo parlors, bike shops.

It also has some major attractions, like Crypto.com Arena (formerly the Staples Center) and the Grammy Museum, which ensure that it will see a steady stream of tourists and regular local visitors.

If this best Los Angeles neighborhoods article just doesn’t do it for you, check out the LA Times map with info about all 100+ neighborhoods in the entire city!

Which are the best Los Angeles neighborhoods in your opinion? What’s your favorite part of the city to visit?

How to Visit Los Angeles Without a Car