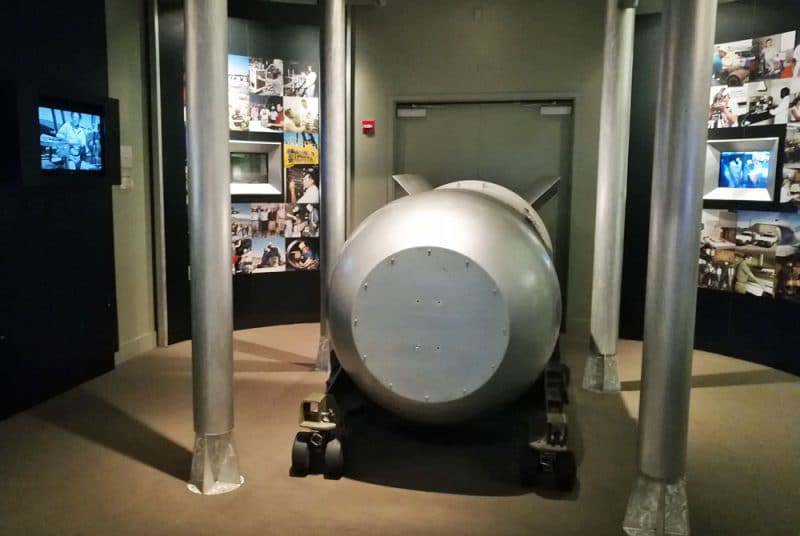 If you’re thinking that atomic testing and nuclear war aren’t the most fun topics for a museum, well… think again!

The National Atomic Testing Museum is actually pretty cool and interesting, despite its war-heavy subject matter. The museum is located in Las Vegas, about 65 miles from the Nevada Test Site where government nuclear testing was done in the 1950s.

Nuclear tests continued in Nevada until as recently as 1992, when the U.S. stopped its nuclear weapons tests. The museum memorializes these tests with lots of old photos, government documents, radiation testing instruments, and other exhibits and artifacts. 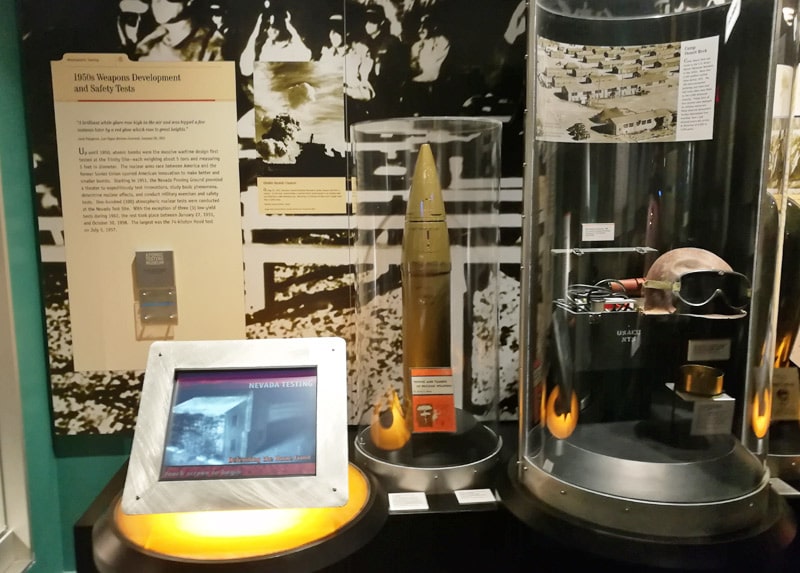 Read on to discover why the Atomic Testing Museum makes our list of the coolest and quirkiest museums in Las Vegas.

Exhibits and Attractions at the Museum

What sorts of nuclear tests were carried out at the Nevada Test Site? What were the effects of those tests on the nearby cities and communities? How did people during the Cold War prep for possible nuclear attack? The National Atomic Testing Museum attempts to answer all of these questions with its informational displays. 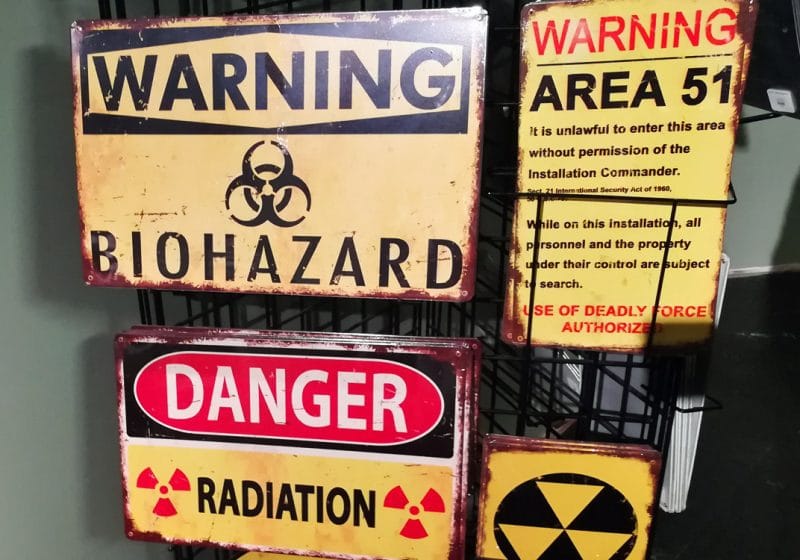 Among a wide range of informational boards and photographs, the coolest pieces at the museum are the actual weapons. Like this B-53 bunker buster bomb from the early ’60s. This thermonuclear weapon weighed 8850 pounds, was 12 feet long, and would result in a 9-megaton explosion. Now it’s here on display and you can touch it yourself! 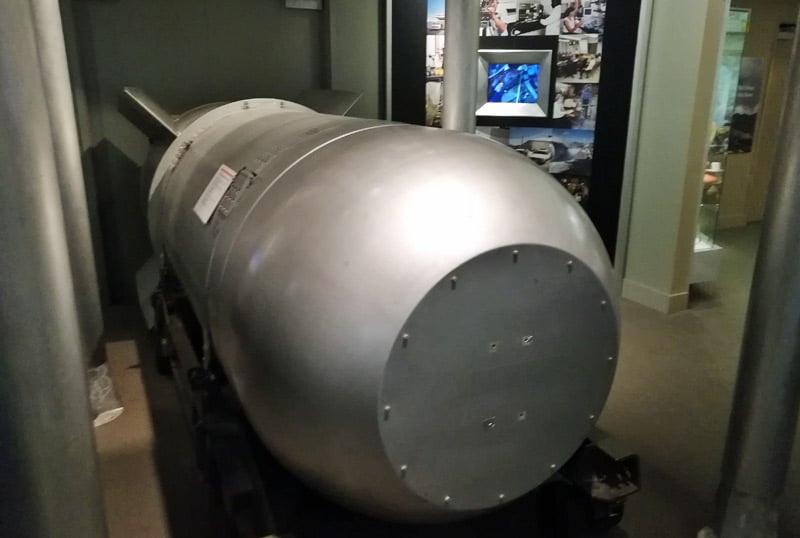 There are some other exhibits that don’t necessarily have to do with atomic testing, but still vaguely fit into the war-and-national-security theme of the museum. For instance, the museum has a fragment of the Berlin Wall on display. And scrap metal and a steel beam thet came from the World Trade Center on September 11.

There’s an interesting display case that shows how atomic bombs were incorporated into pop culture. Check out the box of Kix cereal from 1946 with a promotional “atomic bomb ring” for kids. This was Kix’s most successful cereal giveaway in history at the time. Kids just couldn’t get enough of that plastic atomic bomb jewelry! 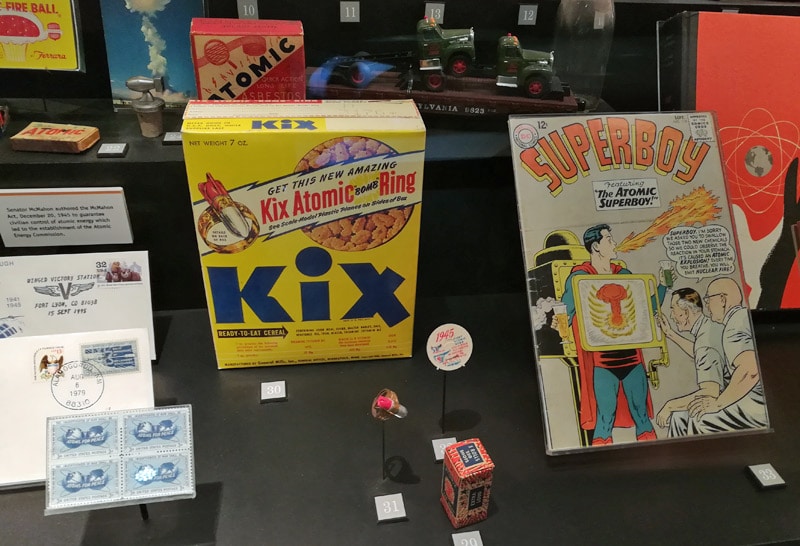 Other pop culture artifacts on display include a comic book called “The Atomic Superboy,” 3-cent postage stamps called “Atoms for Peace,” and those famous Atomic Fireballs, the cinnamon-flavored hard candies that were invented in 1954 and still exist today.

The “Ground Zero Theater” shows an educational video to enlighten visitors about atomic testing. “Experience a simulated atomic bomb blast!,” reads the tagline of the theater.

The rest of the museum features additional exhibits and pieces of machinery that were used in underground nuclear testing. It’s amazing to think about how they drilled down miles into the earth in Nevada to conduct testing by setting off bombs. 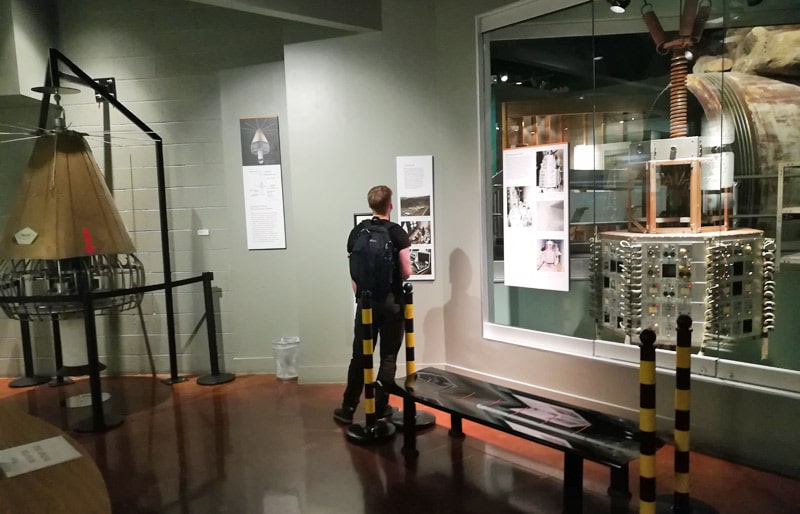 The gift shop is fun. You can buy “Danger Radiation,” “Fallout Shelter,” and “Warning Biohazard” signs if you like. But I prefer the cute little stuffed Einsteins. 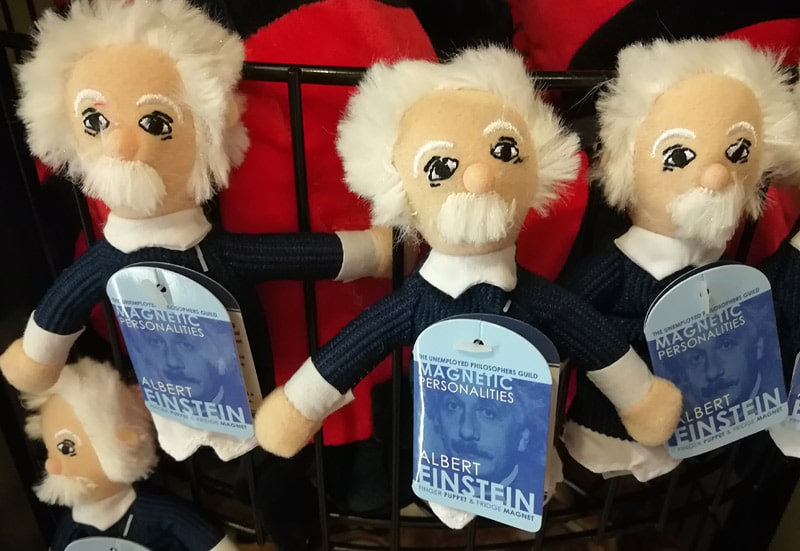 History of the National Atomic Testing Museum and Ticket Prices

The Atomic Testing Museum opened its doors in 2005. It became the National Atomic Testing Museum in 2011 due to an act of Congress. The “national” designation means it’s now affiliated with the Smithsonian. That gives it some extra prestige, plus the ability to occasionally share and exchange exhibits with other national museums.

As of 2020, what are the admission prices? Tickets for the National Atomic Testing Museum currently run $22 for adults, which is a little steep, but everything in Vegas is expensive. Seniors and students pay $18, while kids pay $14. Kids under age 6 are free. If you’re looking for coupon codes for reduced admission, Groupon often has discounted tickets available. 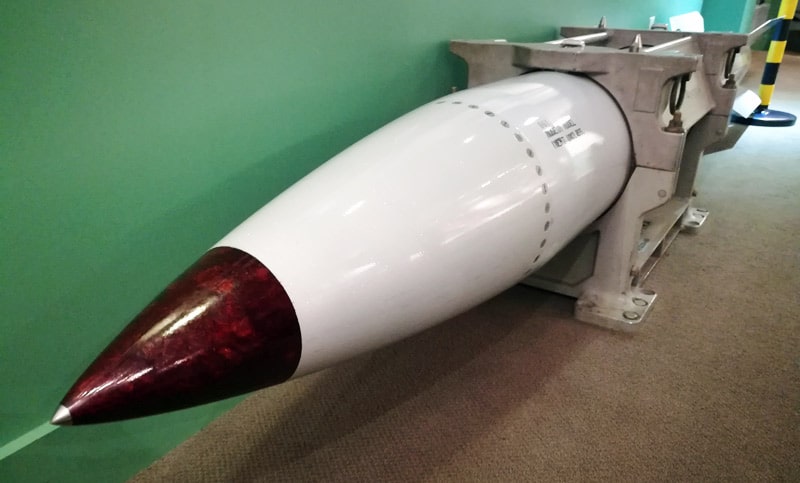 The museum is slightly away from the Vegas strip. It’s about two miles (or a 10 minute drive) from the heart of town where most of the hotels and casinos are found. You’ll probably want to grab a Lyft or Uber instead of walking.