When I stepped off the plane early in the morning, I was exhausted and miserable, but with the first “How y’all doing?!,” I felt back at home. I loved New Orleans when I visited in 2009, and that immediately made me so happy to be back.

On my first day in New Orleans on this visit, I wanted to take it easy, wander around without direction, and experience the city at a slower pace. Don’t worry, I still managed to party on Bourbon Street, but that story is coming later.

For now, here’s a recap of how I kept myself busy during my first full day in town.

My bus into New Orleans arrived at 5 am. What was I possibly going to do at that hour, especially while dragging around a suitcase? The answer was easy: Visit Cafe du Monde. 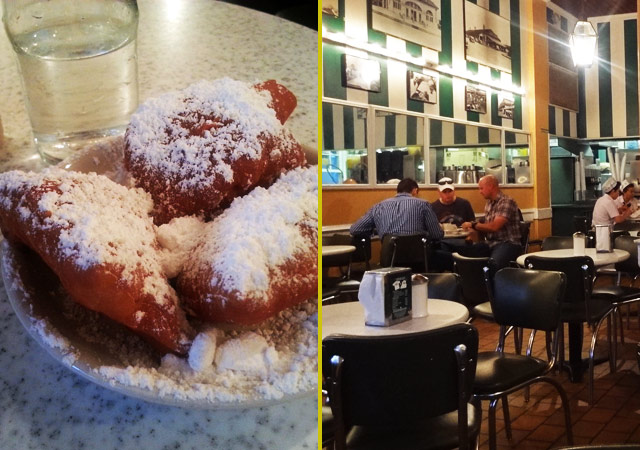 Situated in between the French Quarter on one side and the Mississippi River on the other, Cafe du Monde has become a New Orleans institution. Every visitor to town should make the cliché stop here for cafe au lait and beignets – coffee with hot milk and fried pastry dough with powdered sugar.

Just remember not to breathe in as you take a bite, or the sugar will end up inside your nostrils!

Cafe du Monde is easy to add to any itinerary since it’s conveniently open 24/7. The shop can get crowded during peak hours, but if you’re crazy like me, you can visit in the wee hours of the morning and discover only a few tables in use.

Take the ferry to Algiers 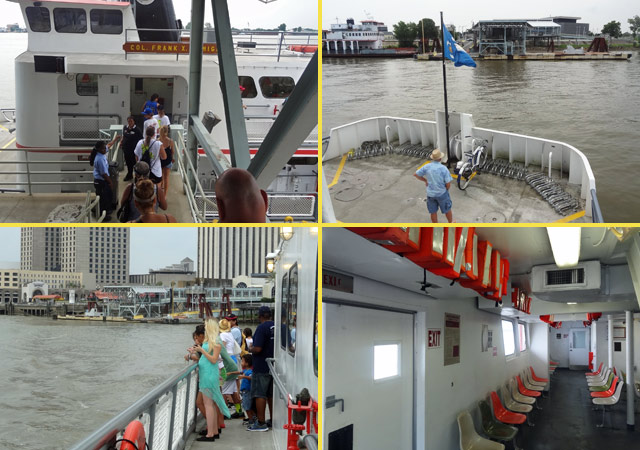 I love cities with ferries. I’ll take a ferry just about anywhere, whether visiting Staten Island in NYC or traveling around the Yukon Territory. So when I discovered the existence of Algiers, a small community across the river from downtown New Orleans, I sought out the next ferry.

Algiers is a nifty residential neighborhood with a bunch of very old houses. I think I might live here if I moved to town. It’s quiet, yet just a short ride away from downtown and the bustling French Quarter. The colors and architecture make the houses worth seeing. 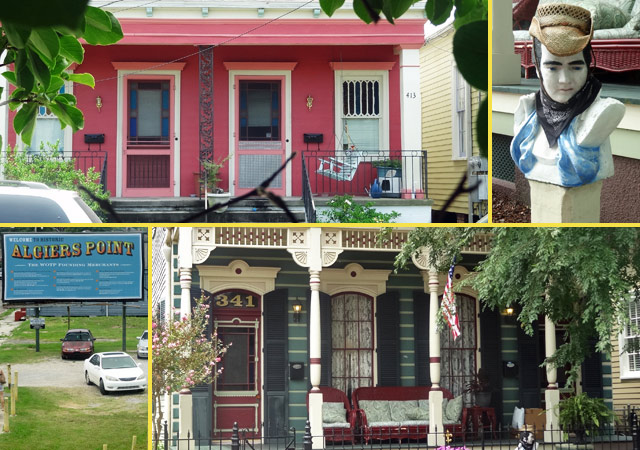 In walking around the area, I could only locate a couple of restaurants and bars in the entire Algiers Point neighborhood. In fact, many of the shops on the town’s welcome sign are no longer in business. So while it’s a pleasant hood, Algiers doesn’t have a ton of activities for tourists. 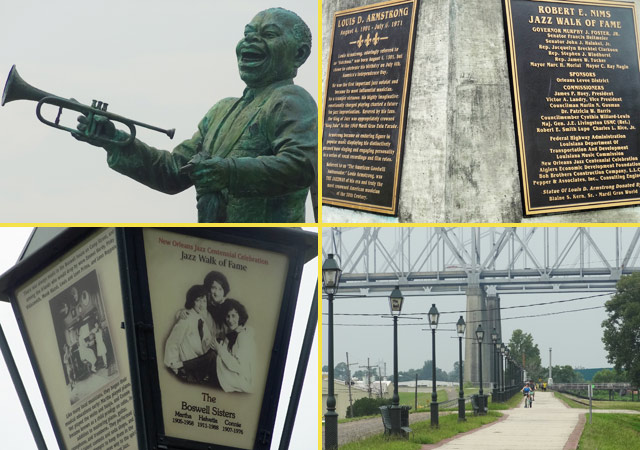 Beyond seeing the houses, the top walking attraction is the Jazz Walk of Fame, which spotlights famous jazz musicians over the years.

Catch a streetcar across town


Back on the mainland, I quickly learned how to catch streetcars to get to some of the coolest neighborhoods around town, like the Garden District, Fauborg Marigny, Mid-City, and the Warehouse District. 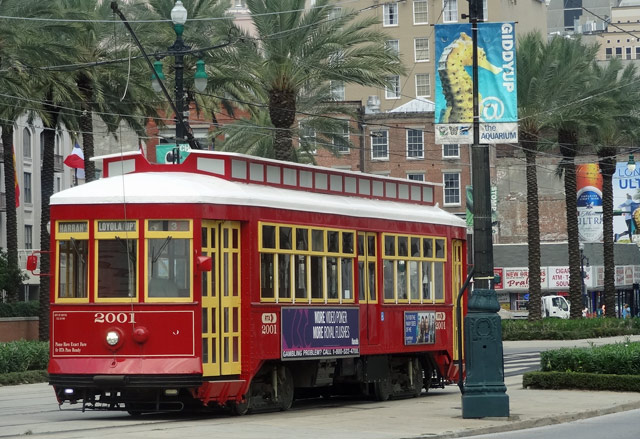 New Orleans is such a history-rich city and the streetcars are a throwback to a more old-fashioned time. Between the streetcars, the ferry, and an occasional public bus, I was able to get around town without a vehicle during my entire New Orleans visit. Score!


A lot of the cooler neighborhoods in New Orleans don’t have any national chain restaurants or fast food establishments, which means that most of the eateries are locally-owned. And that’s the way it should be.

No day is not complete for me until I’ve had some sort of ice cream product, so I headed to Mid-City to check out Angelo Brocato, which has been in business for more than 100 years and has some of the highest-rated desserts in Nola. This creamy and sweet peach gelato was a much-needed treat during the sweltering afternoon. 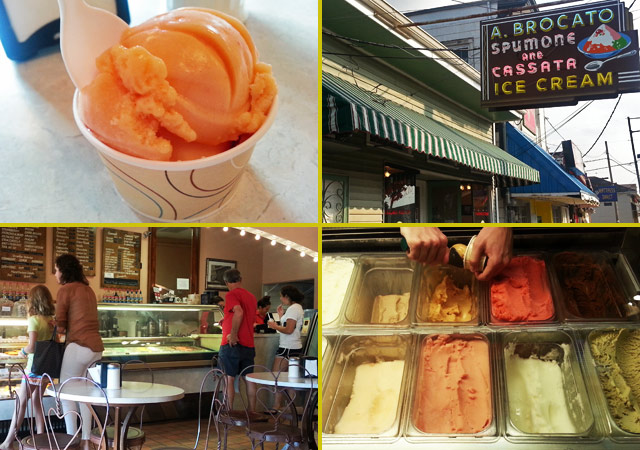 Later, I stepped out to Sugar Park, a pizza shop in the Bywater near where I was staying. I kept it simple by ordering a couple slices and they were delicious.

By the time I made it to District, a donuts-and-sliders establishment in the Lower Garden District, I had already eaten a lot of food elsewhere, so I couldn’t enjoy one of the restaurant’s delicious-looking sandwiches. Instead I splurged for a gooey Cookie & Cream donut, though it was hard to choose just one from a lineup that also included flavors like Dreamsicle, Almond Joy, and Mexican Hot Chocolate. 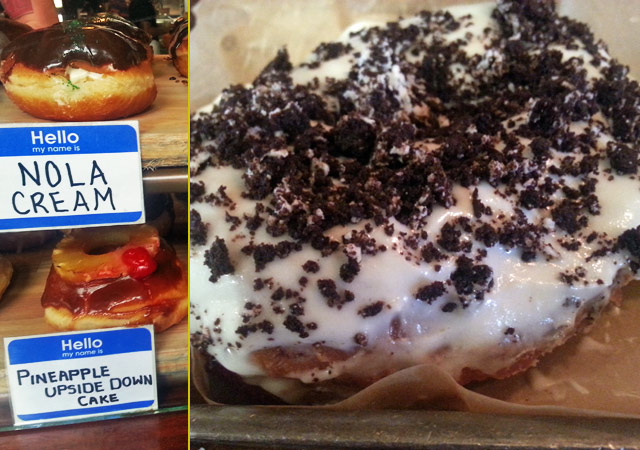 Subsequent days in New Orleans brought many more adventures, including trips to bizarre museums and Bourbon Street. Stay tuned for those details…