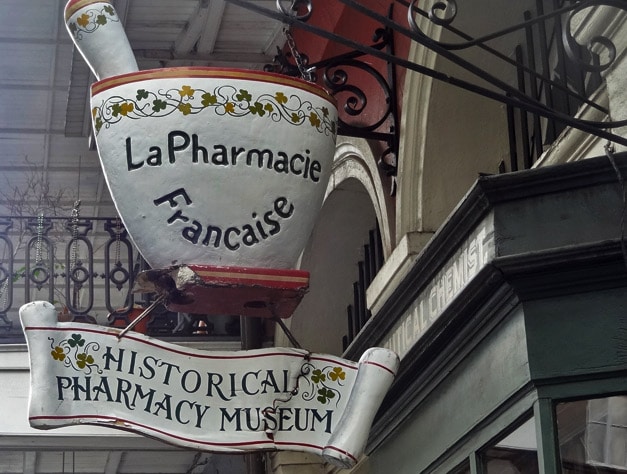 The history of pharmacy is fascinating. Substances like chloroform and heroin were once used as medicines, and leeches were regularly part of disease treatment. You can experience this odd history at the New Orleans Pharmacy Museum, which keeps limited hours but has a great location in the French Quarter. 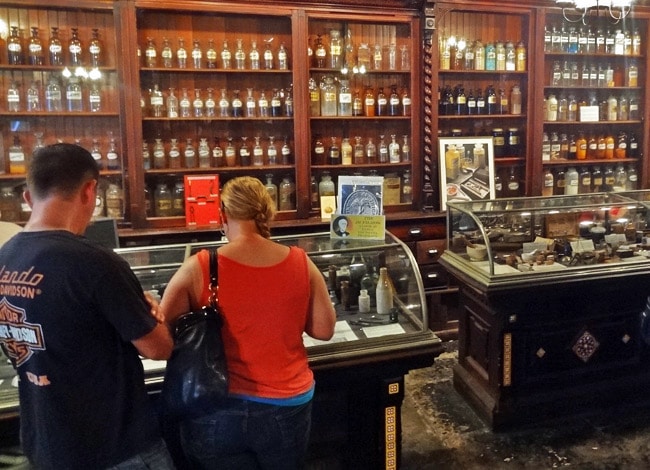 This museum was an actual pharmacy way back in the 1830s, so many of the exhibits and devices on display didn’t have to be moved at all – they came right from this location!

There’s also some odd history here, as some folks say that the place is haunted, and the ghost of one of the former owners comes out every once in a while. Read on to learn all about that aspect of the old apothecary!

The Pharmacy Museum definitely ranks as one of the coolest off-the-beaten path activities in New Orleans, so make sure to stop by while you’re visiting the city.

What You’ll See at the Pharmacy Museum

Here’s the display of old bottles of heroin. Bayer actually mass-produced heroin as a painkiller, beginning in 1898. It was used as a substitute for morphine, because people thought heroin was less addictive. Oops!

Fun fact: Did you know that pharmacists invented soda fountains in the 1830s? The purpose was to get people to drink horrible-tasting medicines. Syrups were added to the drinks for sweetness, and carbonation was added because it was believed that the bubbles somehow helped invigorate the body and cure disease. Oops! 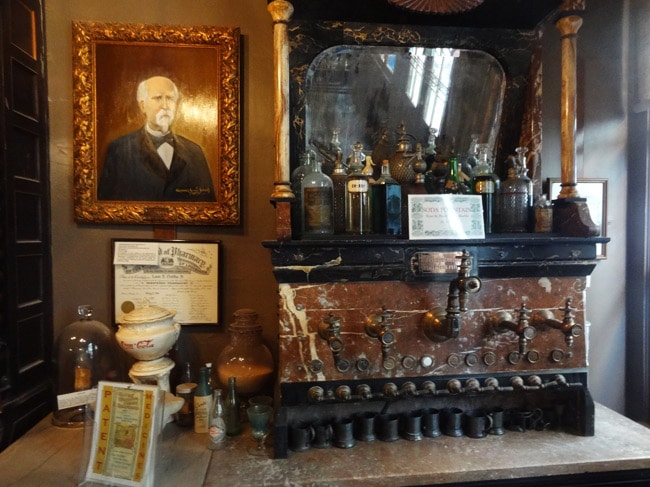 The Pharmacy Museum contains various nuggets of information like this scattered around the facility, mixed in with the displays of old drug bottles and machinery. One of the exhibits on display is a chloroform inhaler, which was used as an anesthetic into the 20th century. It was used during surgery and childbirth. Oops!

Leeches have played a role in medical care for quite some time. The museum has a detailed diagram describing the anatomy of a leech. For good measure, there are a couple of live leeches swimming around in a tank. 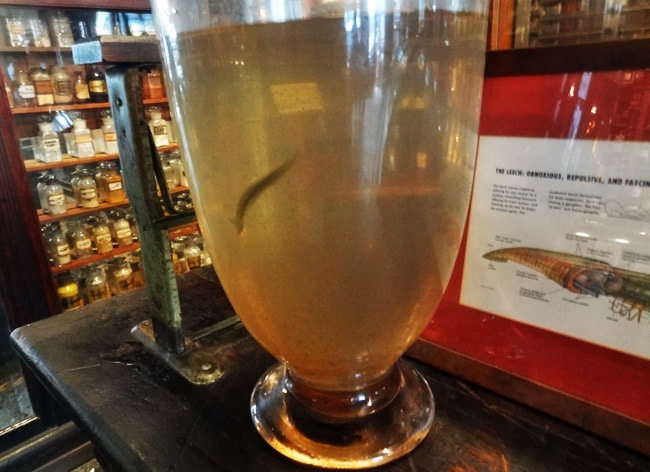 The New Orleans Pharmacy Museum is a cool quirky place to visit. When you’re partying on Bourbon Street during the day, be sure to make time to check out some apothecary and pharmaceutical history.

Haunted Rumors: Is There a New Orleans Pharmacy Museum Ghost?

New Orleans is a place that supposedly has a lot of spirits roaming around. The city has all sorts of ghost tours and voodoo museums. Some claim there’s a New Orleans Pharmacy Museum ghost.

The building that houses the pharmacy was built back in 1823, and one former owner, Dr. Joseph Dupas, took over the establishment in 1855. He allegedly performed all sorts of terrible rituals, including medical experiments on pregnant women.

Today, it is said that the ghost of Dr. Dupas inhabits the premesis and sometimes sets off the alarm in the middle of the night. His haunted likeness is a middle-aged man with a moustache, a brown hat, and either a brown suit or his lab coat.

Other folks say they have seen the spirits of two children there, a boy and a girl. These could be the kids of original owner Louis Dufilho Jr. 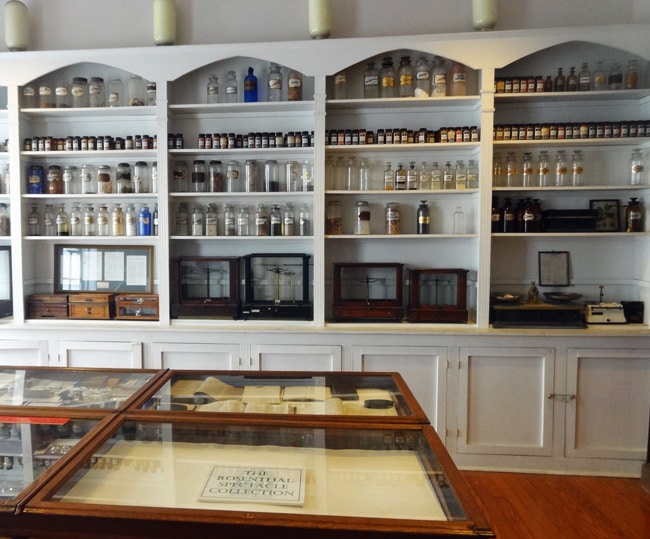 Is the New Orleans Pharmacy Museum haunted? Who knows? You can decide for yourself after your visit.

Ticket prices have gone up since my visit, but the price is still just $10 for an adult ticket. The cost for students, seniors, and military is $7 per ticket.

This a very small museum, and it does not have a parking lot. There is some limited street parking, but driving in the French Quarter is not advised because there are so many pedestrians and the roads are narrow. You’re better off taking rideshare or walking there.

For more city activities, check out my 1 day in New Orleans guide, and read about the Mardi Gras World attraction and the colorful houses of the Faubourg Marigny and Bywater neighborhoods.