Guys, I have a major announcement, so make sure you’re sitting down and brace yourself. The big news is… I have a new favorite museum!

I’ll always have love for the Andy Warhol Museum in Pittsburgh, but the Newseum in Washington DC is just amazing.

Few museums have the power to make you laugh your ass off (thanks to a comedy humor gallery featuring the outfits worn by Tina Fey and Amy Poehler as Sarah Palin and Hillary Clinton on SNL) and to make you reach for the Kleenex to wipe away tears (courtesy of an incredible September 11 tribute). 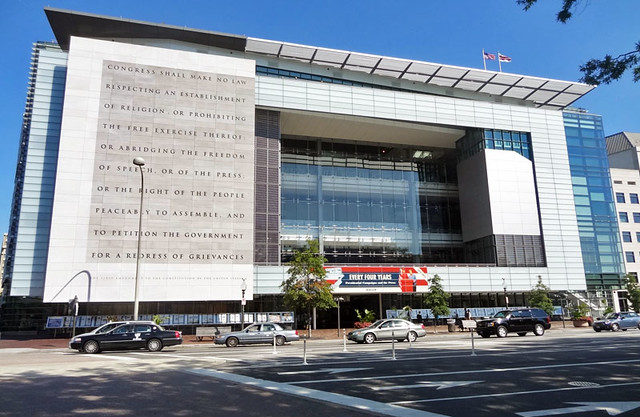 As its name implies, the Newseum is a museum that focuses on the news. “News” is a wide-ranging term, of course, that includes everything from politics, history, current events, pop culture, sports, etc., and all of that is captured in this seven-level facility in Washington DC.

I could go on all day about this place, so I’ll narrow my focus to the exhibits that were the most moving and interesting. Note that some of the exhibits do change periodically, so if you visit the Newseum some of these may not still be there.

UPDATE: Sadly, the Newseum is closed permanently as of January 1, 2020 due to financial struggles. The museum welcomed more than 10 million visitors during its 20 years. For news junkies like me, this was a big loss.

USA Today published a great column that examines the legacy of the Newseum. Poynter has some vague information on what might happen with some of the Newseum exhibits and artifacts. 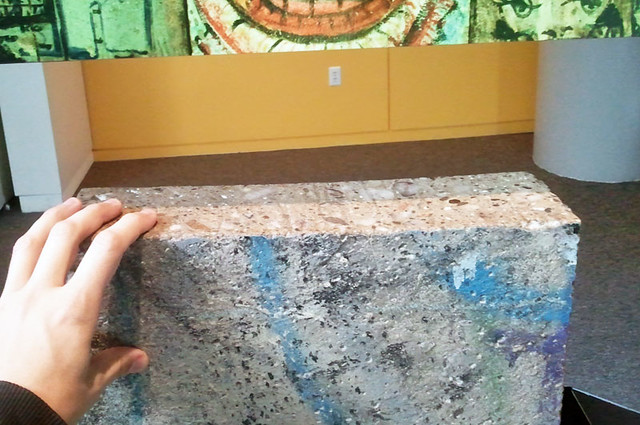 Likely the first exhibit you’ll see in the museum concourse is the Berlin Wall. The Newseum has a small portion of the iconic wall available for visitors to feel up. They also have a much larger 8-section panel of the wall, the longest such section on display anywhere in the world outside Germany. 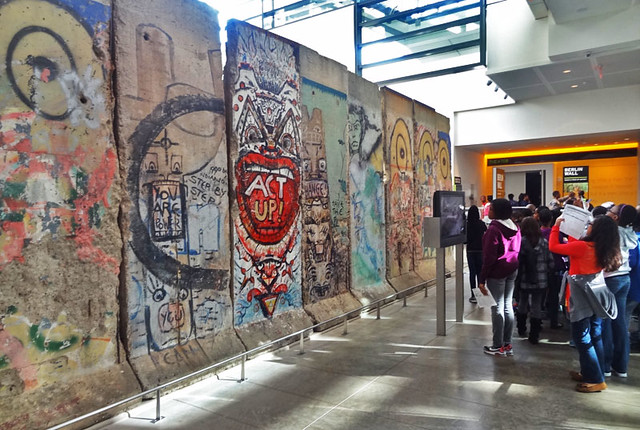 Also on display is a three-story East German guard tower where armed soldiers would watch the wall to make sure no one tried to escape. Only a few of the old towers remain intact, and this is the only one currently in the U.S. The tower and the huge chunk of the actual wall give visitors a real feeling of what it was like to live in Berlin at that time.

READ NEXT
Quirky Attraction: The National Aviary in Pittsburgh 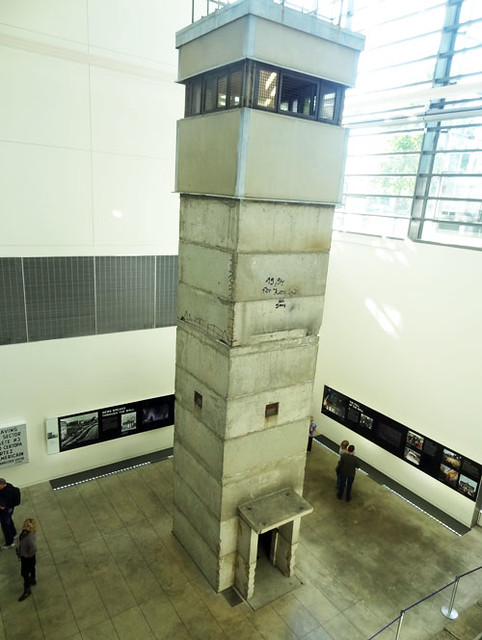 The wall sits in the same room as an 8-foot granite statue of Soviet leader Vladimir Lenin that was beheaded in Russia in 1990 when regular people started to stand up against Communism. 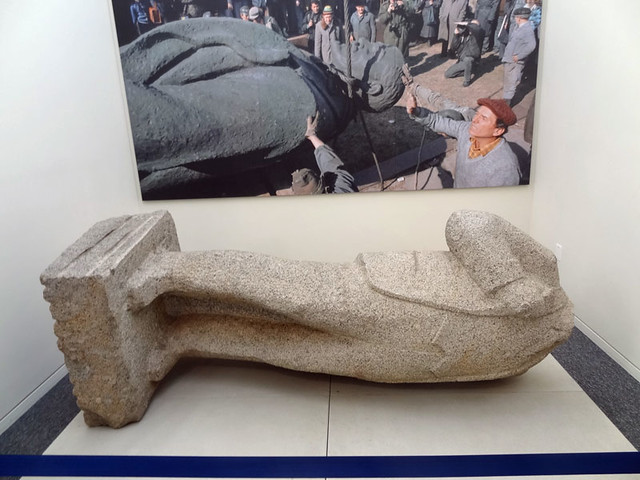 Confession: I agree with much of what the Unabomber wrote. I’m not down with sending people packages and blowing them up, but he was right when he claimed that technology is too pervasive in our lives, especially in areas where it doesn’t need to be.

One random example: Public toilets stopped working in airport bathrooms during the East Coast blackout of 2003 because they were electric. Why do we need electric toilets? We’re so reliant on technology now that our society would be devastated if we lost power for a month… or even a week.

But I digress. Ted Kaczynski, the Unabomber, killed three people and lived like a hermit in rural Montana. For the sake of history, his 10 x 12 foot cabin was preserved and moved here, where it ironically stands just blocks from headquarters of the FBI, the organization that spent 17 years trying to track this madman down. 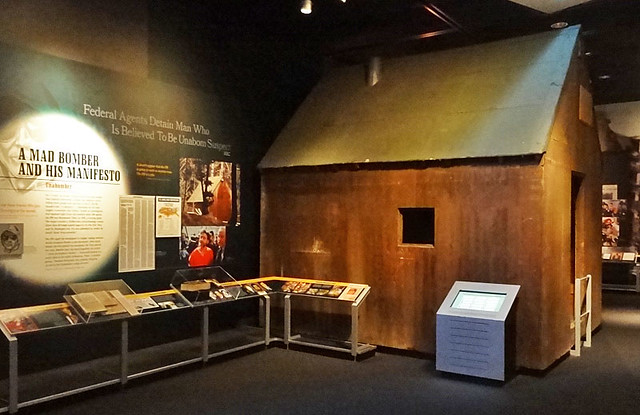 Oh by the way, in a letter from prison, the Unabomber says he objects to the exhibit. 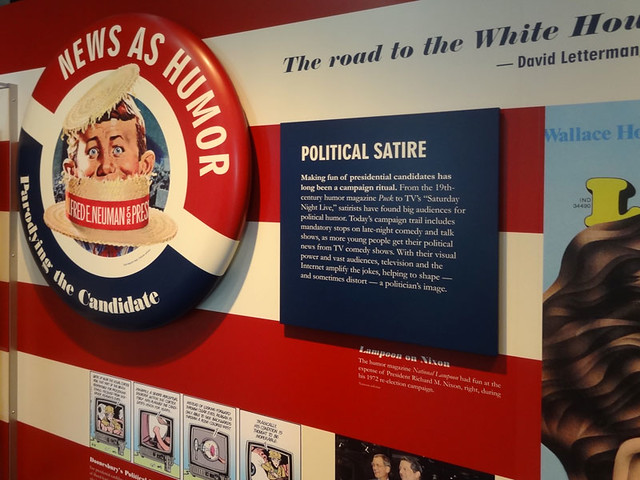 A political satire exhibit contained a look at political humor over the years. The coolest pieces were the outfits worn by Tina Fey and Amy Poehler as Sarah Palin and Hillary Clinton in that classic Saturday Night Live sketch. I really believe that sketch influenced the 2008 election, at least in the sense that it got people thinking about whether Palin was really qualified, something they weren’t really discussing much before the sketch. 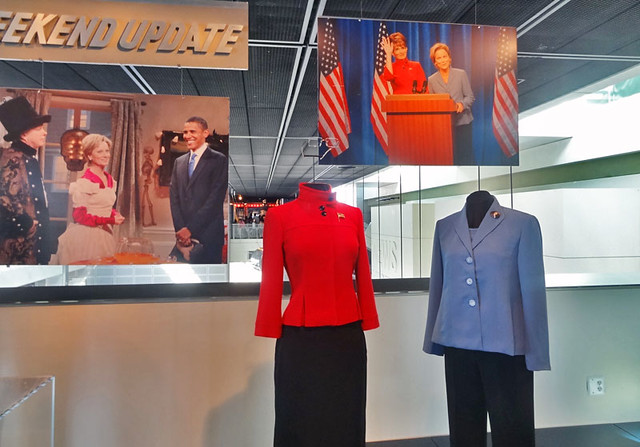 A separate room featured a clip reel airing political jokes from The Daily Show, The Colbert Report and other late-night talk shows. I could have sat there all day watching that one. 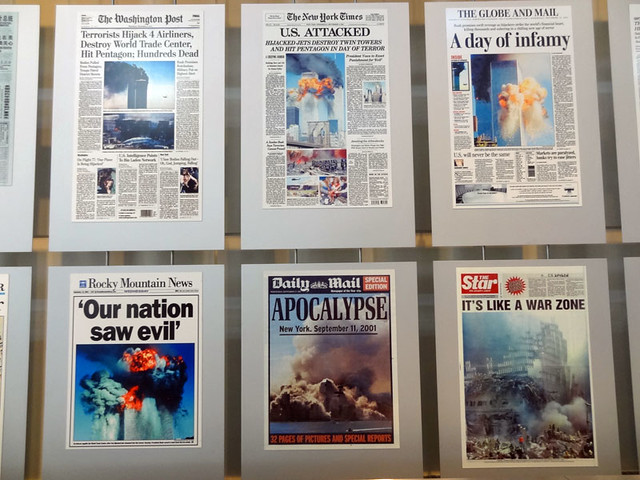 On the other end of the spectrum, the 9/11 Gallery is a sober reflection on the events of September 11, 2001. The highlights include 127 front pages from newspapers around the world and an actual chunk of the damaged Pentagon. The centerpiece is a mangled World Trade Center antenna mast, pulled from the rubble of the North Tower. 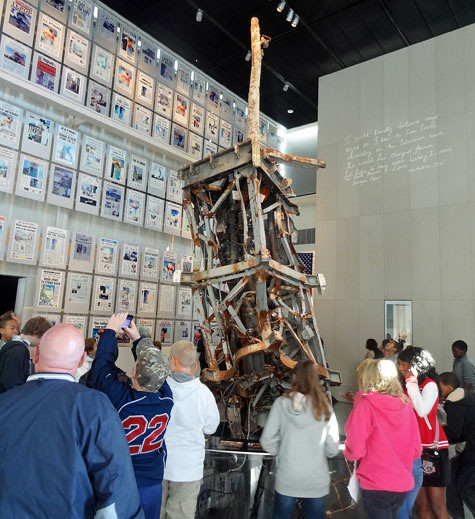 While I marveled at the giant antenna, I noticed a bunch of people coming out of a small theater room crying. Evidently they were watching a video about 9/11. Obviously that day of terrorism was tragic, but I was surprised to see so many people brought to tears all these years later, reaching for the Kleenex as they exited the theater.

Of course, after I left the theater I was a sobbing mess myself, because the documentary was so powerful, full of detailed personal stories of tragedy and heroes and survival from that unforgettable day. The film, titled “Running Toward Danger,” relives the events of that morning from the perspective of the journalists who covered them.

I wasn’t kidding about the tissues; there’s an official Newseum Kleenex canister outside the theater. You’ll be glad it’s there. 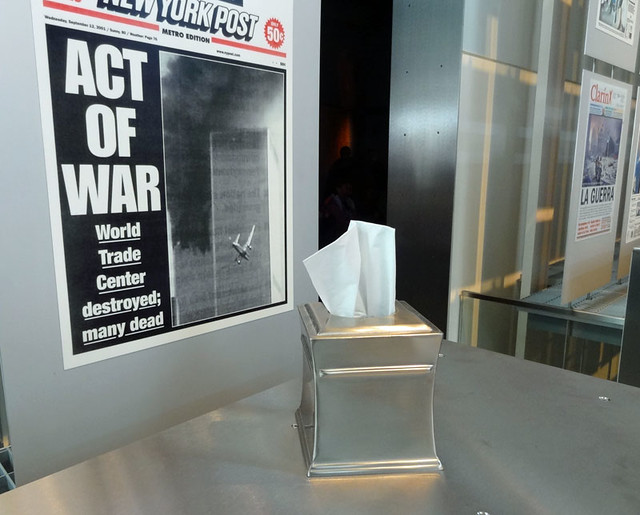 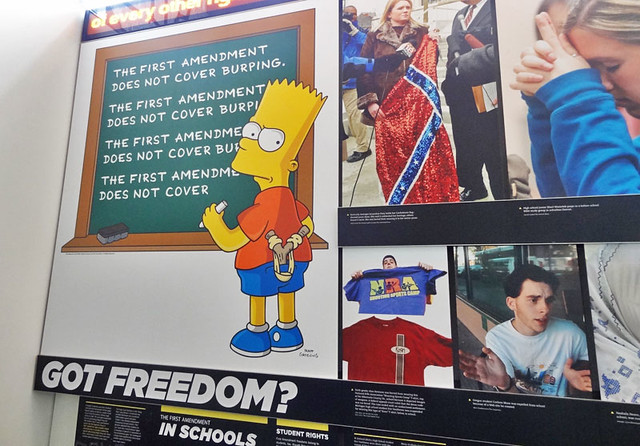 The First Amendment Gallery has an interesting map showing the level of press freedom in every country around the world. Green means free, red means not free, and yellow is somewhere in between. The colors show just how little freedom journalists in most countries really have. 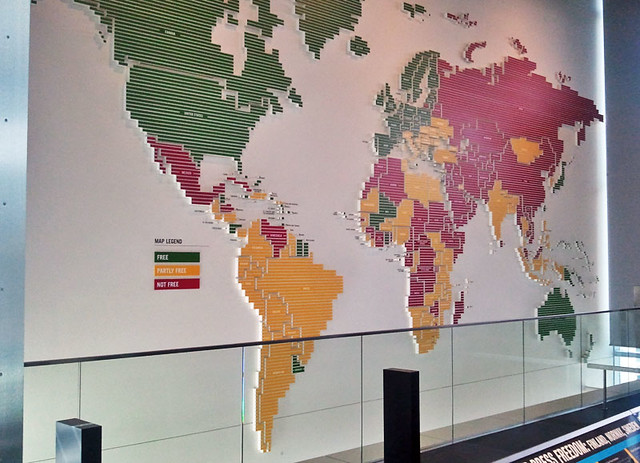 Incidentally, if you’re wondering, as I did, why Mexico’s press is labeled “not free,” the museum says it’s because of the country’s ongoing drug wars, which have intimidated and silenced much of the press. More than 60 journalists have been murdered over the past 10 years.

Tickets are currently $21.95 for adults, four dollars less for seniors and students, and it’s well worth it. Your ticket is good for two consecutive days – the Newseum folks realize that it’s hard to take in everything in just one day, so they wisely offer the chance to come back.

The Newseum is open 9 to 5 daily. There’s a cafe too, with food by Wolfgang Puck.

The upper floor has an outdoor terrace and view of the Capitol (and that pesky Canadian Embassy, sneaking its way into the view.) 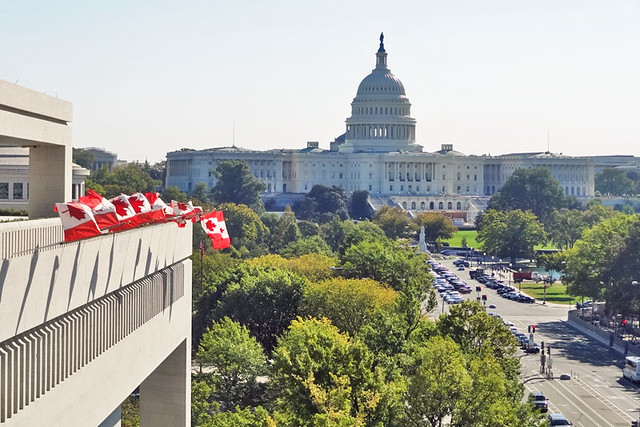 A news chopper permanently hovers in the lobby. 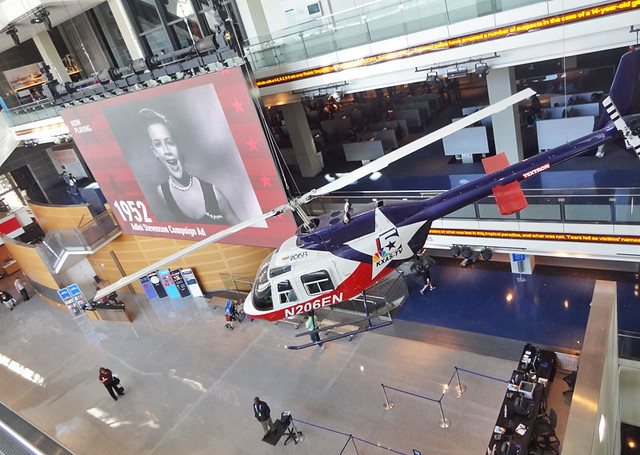 There’s a collection of Pulitzer Prize-winning photographs on display. I love this one taken when Michelle Obama tried to sneak out to go shopping at Target. 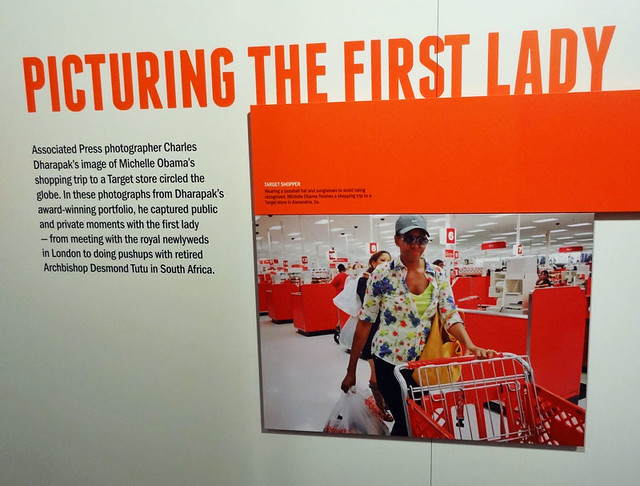 One of the great American political hosts, the late Tim Russert, is the subject of a mini-exhibit showing what his office used to look like.

READ NEXT
Quirky Attraction: The Neon Museum in Las Vegas 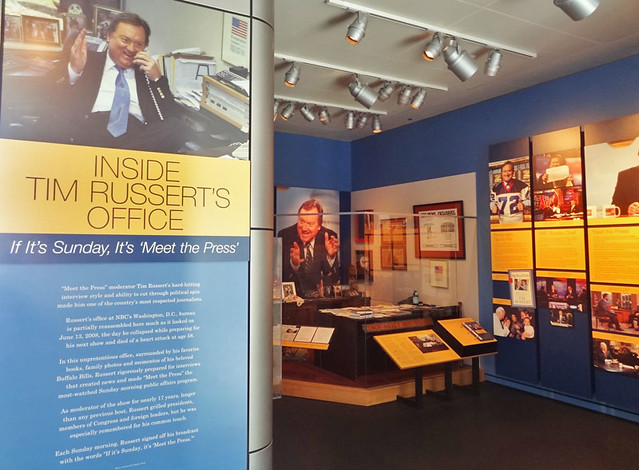 Here’s a remarkable sight. A bullet-riddled truck used by Time magazine writers and photographers in the Yugoslavia conflict in the 1990s. Despite its appearance, the truck was protected with armor on the inside and kept the journalists safe. 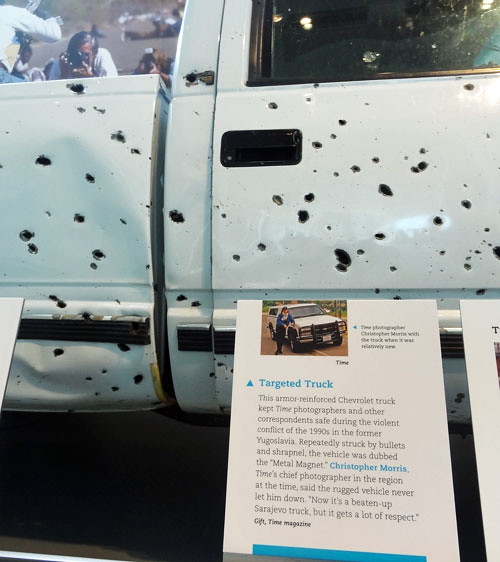 A Journalists Memorial individually honors those in the news business around the world who died in the line of duty. 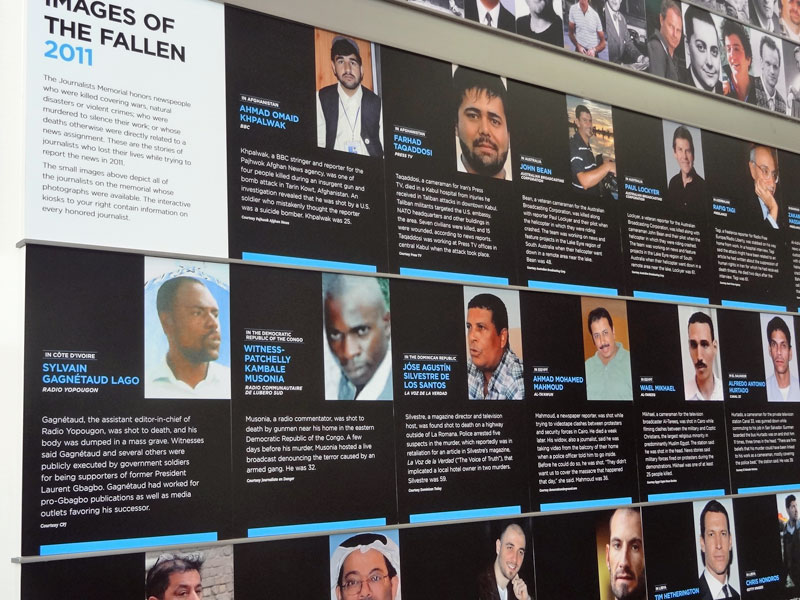 The FBI’s Most Wanted List used to be tracked in a paper notebook. And this was it. 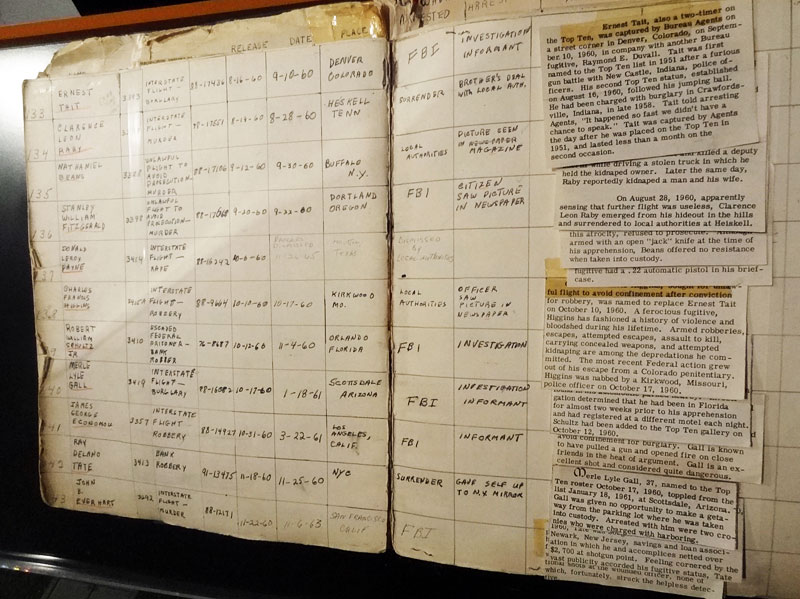 The FBI in popular culture, from old fingerprint board games to X-Files action figures. 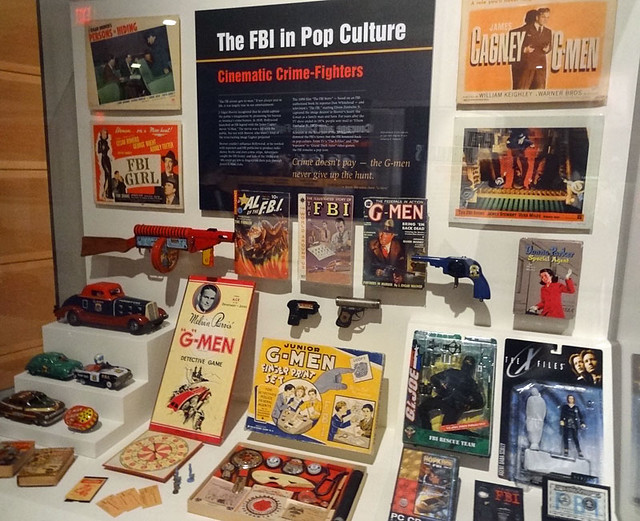 The FBI exhibit also includes September 11 artifacts from the wreckage. 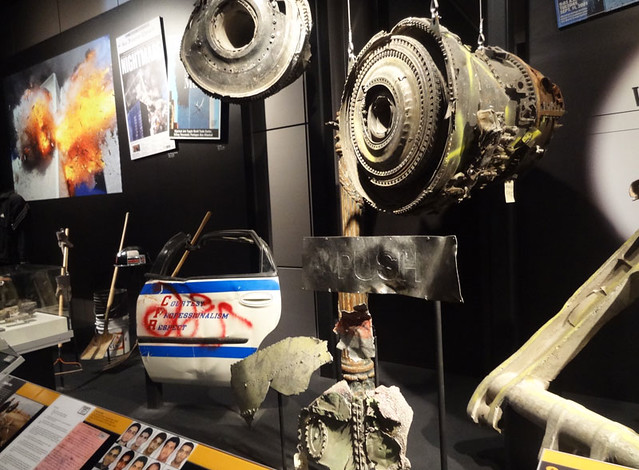 Documents and weapons from the Branch Davidian disaster in Waco. 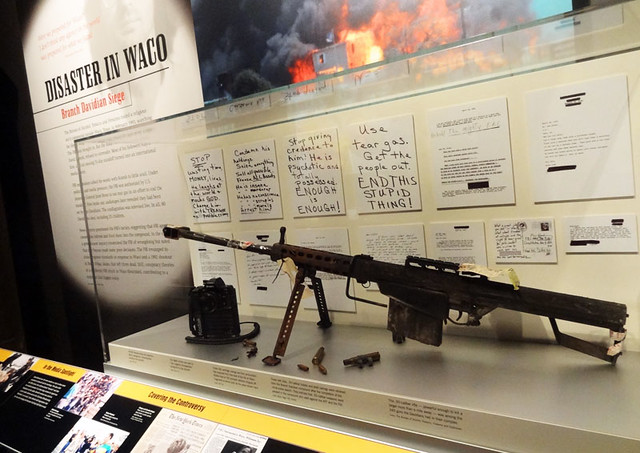 A timeline of famous news events and how they were covered by the press: 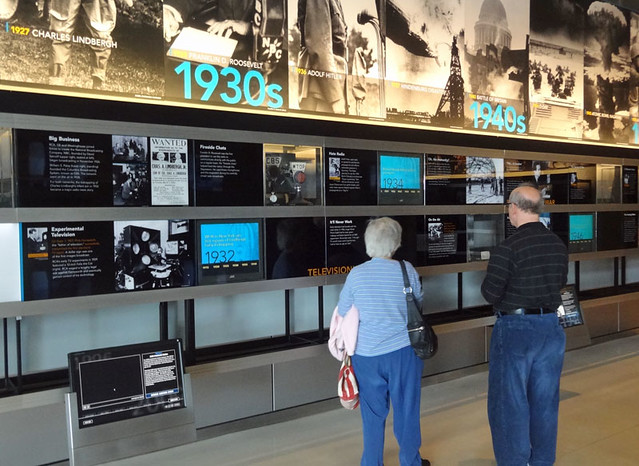 Charlie Sheen is here in the New Media Room. Because of course. 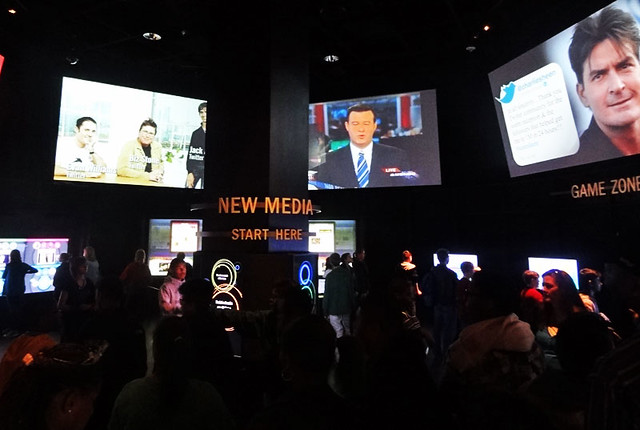 Vote for your favorite presidential dog. Mine is FDR’s dog Fala, who has his own statue. 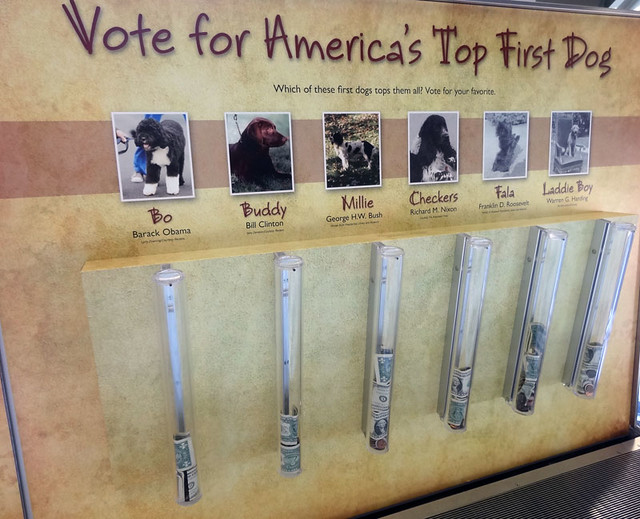 Make sure to check our list of eight under-the-radar Washington DC museums for more sightseeing ideas!

Which exhibit would you most want to see at the Newseum?