My first visit to Great Smoky Mountains National Park was five years ago, when I stopped by with a friend during my summer-long road trip.

We opted to hike the Chimney Tops Trail, which leads to one of the highest points in the park. The trek covered two miles, but it was quite vertical. Much of the trail was straight up, resulting in an elevation gain of 1,750 feet.

At the time, I was really hoping to see bears on the hike. I had not yet had my grizzly bear experiences at Mount Washburn in Yellowstone and Denali, so I was still waiting for my first “bears in the wild” sighting.

Alas, there was little chance of that happening. This was a very popular trail, and on this day we saw at least 100 other people on it.

Black bears are abundant in the Smokies, but they’re not likely to be found on a path with that kind of foot traffic like the Chimney Tops hike. Very little wildlife was around, in fact.

Hiking Chimney Tops in the Smokies

The hike was mostly shade-covered as it wound through an area of thick forest.The first mile was gradual, but the second mile was more vertical, with no switchbacks.

The final 100 feet of the trail were closed for maintenance, so the only way to get to the summit was to scramble up some rocks.

It didn’t seem totally safe, but looking up, I saw a dozen or two other hikers already up there, so I figured I could make it too. 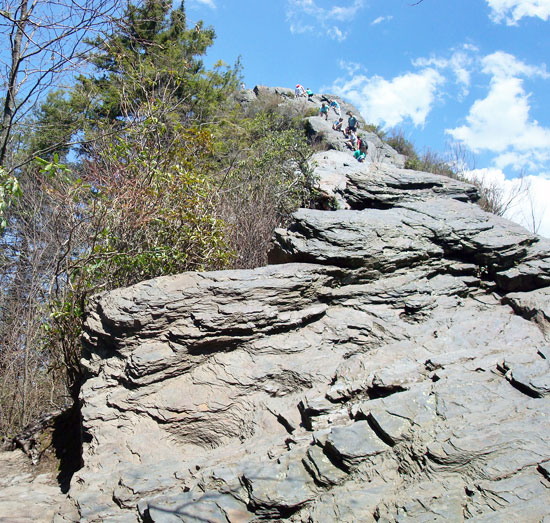 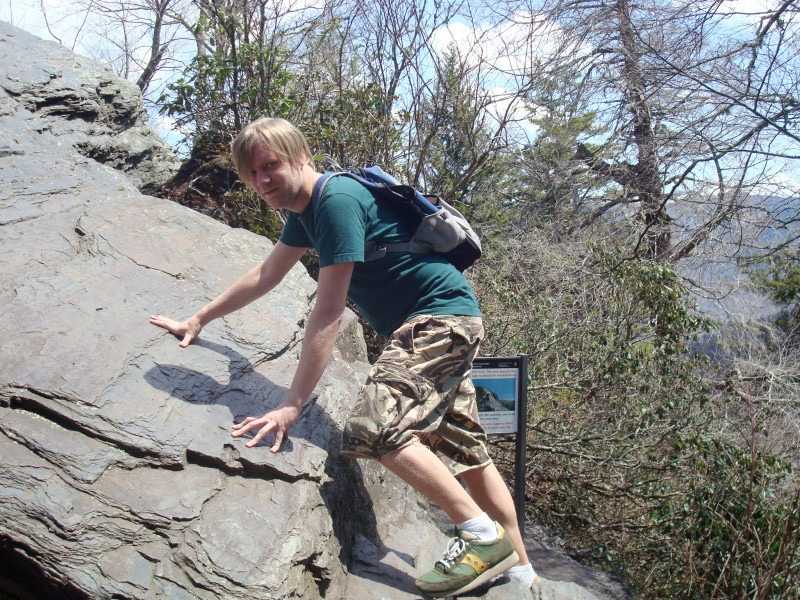 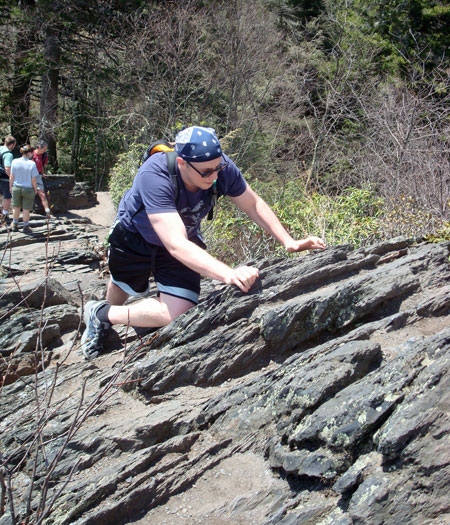 We made it to the top and enjoyed the views. It was early in the summer, so the full blast of green hadn’t blossomed yet; there was still a lot of brown. But the sights were impressive anyway. 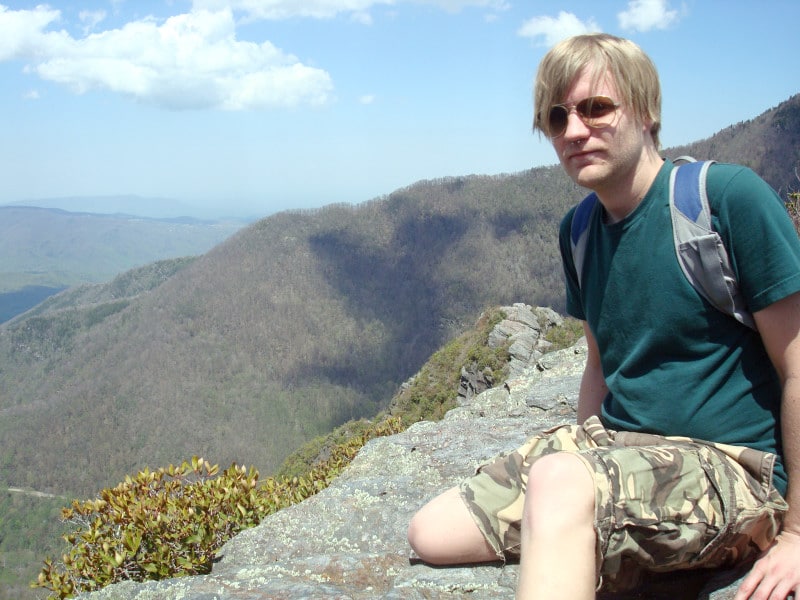 I didn’t get to fully enjoy my time at the top, because all I kept thinking was, How in the world are we going to get back down?

There were some other folks up there as well, and they decided that the best strategy was to take the trail back down, rather than trying to shimmy down the steep rocks we had just climbed up.

So I followed them down the trail, which was much easier to navigate than the rocks.

After the walk back down, the Chimney Tops Trail hike was complete, and it was time to play on the rocks and in the streams. Good times in the Smokies! 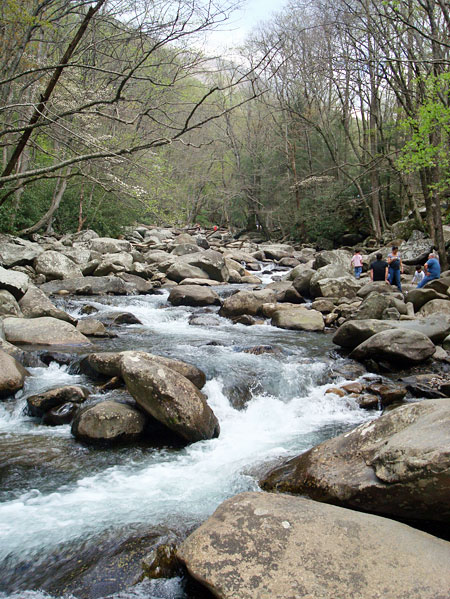 As noted, the trail is popular, so expect plenty of other people around. The parking lot at the trailhead is likely to fill up early in the day. Pets are not permitted on this trail.

The Chimney Tops Trail was closed for a while due to fire damage. As of this writing, some users report that there’s a gate near the top of the trail blocking access, but others say they have gone around it, so proceed at your own risk.

Here’s more info about the hike from the NPS.